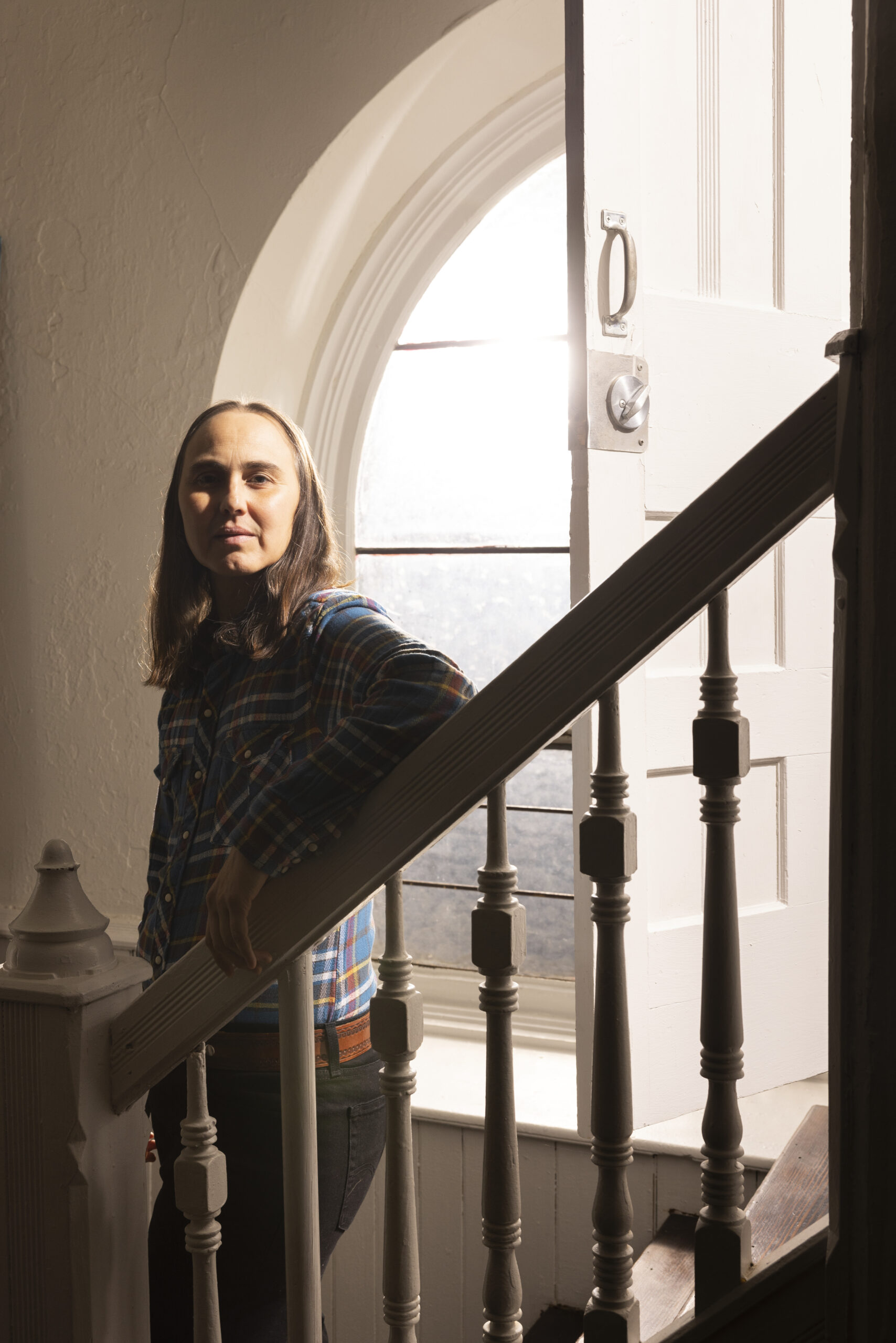 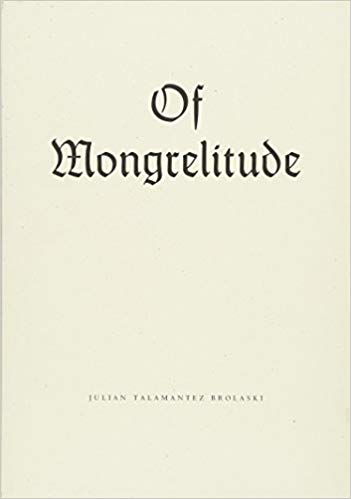 “Here is language as mutt, a synthesis of what came before and what most contemporary English speakers employ. Brolaski presents, and seems dedicated to, the kind of experimentation that keeps language evolving and malleable.” – Publishers Weekly

Julian Talamantez Brolaski is a two-spirit and transgender poet and musician of mixed Mescalero and Lipan Apache, Latin@, and European heritages. Its pronoun is it. Its most recent book is Of Mongrelitude (Wave Books 2017), a finalist for a Lambda Literary Award for Transgender Poetry. Brolaski is also the author of Advice for Lovers (City Lights 2012), Gowanus Atropolis (Ugly Duckling Presse, 2011), and co-editor of a book of essays on the transgender artist and activist kari edwards: NO GENDER: Reflections on the Life & Work of kari edwards (Litmus Press / Belladonna Books, 2009).

Brolaski’s scholarly and poetic work deals with issues of indigeneity, resistance, two-spirit, trans, and mixed-race identity, and the way that language and song function as medicine. It is currently researching and editing a book on the Mescalero Apache female initiation ceremony with its grandmother, Inés Talamantez, (The Apache Pollen Path, forthcoming University of New Mexico Press 2020). It is a co-founder of the Indigenous Peoples’ Committee at Pratt Institute.

It is the lead singer and rhythm guitarist in the country bands The Western Skyline (Oakland), and Juan & the Pines (Brooklyn); it was also in the NYC-based bands The Low & the Lonesome, and the Invert Family Singers. Brolaski has sung with the Bay Area American Indian Two-Spirits (BAAITS) drum at San Francisco Pride, the Queer Women of Color Music Festival, and the San Francisco LGBT Transgender Day of Remembrance. Brolaski has performed its poetry and music all over the world, at literary festivals and venues in Brazil, Ireland, the Netherlands, Sweden, and Norway.

Brolaski’s work has been included in the anthologies New Poets of Native Nations (Graywolf 2018), Tending the Fire: Native Voices and Portraits (University of New Mexico Press, 2017), and Troubling the Line: Trans and Genderqueer Poetry and Poetics (Nightboat, 2012), and in numerous journals including Poetry, Nepantla 3 (A Journal Dedicated to Queer Poets of Color), the Vassar Review, the Brooklyn Rail, and BOMB.

Brolaski holds a PhD from UC Berkeley, an MFA from Mills College, and a BA from UC Santa Cruz. It has taught at UC Berkeley, NYU, the New School, Poets House, and other institutions. It has been the recipient of fellowships at Yaddo, the Montalvo Center for the Arts, and the Millay Colony.

It maintains a blog of poems handwritten on legal paper here.

Julian Talamantez Brolaski is the author of Of Mongrelitude (Wave Books, 2017), which was recently shortlisted for a Lambda Literary Award for Transgender Poetry; Advice for Lovers (City Lights 2012); and Gowanus Atropolis (Ugly Duckling Press, 2011. It is coediter of NO GENDER: Reflections on the Life & Work of Kari Edwards, as well as lead singer and rhythm guitarist for the Brooklyn-based Juan & the Pines and Oakland-based The Western Skyline. Julian is currently at work on The Apache Pollen Path (forthcoming from University of New Mexico Press) with its grandmother, Inés Talamantez. It maintains a blog of handwritten poems here.

Poems that break language apart from the inside. Brolaski’s third collection combines Latin, pop culture, etymology, politics, and sex in linguistic experimentation. It asks the reader to let go of expectations and be open to a sonically immersive experience. The poems are as radical as they are romantic, rewriting the rules of grammar and creating a personal vernacular. 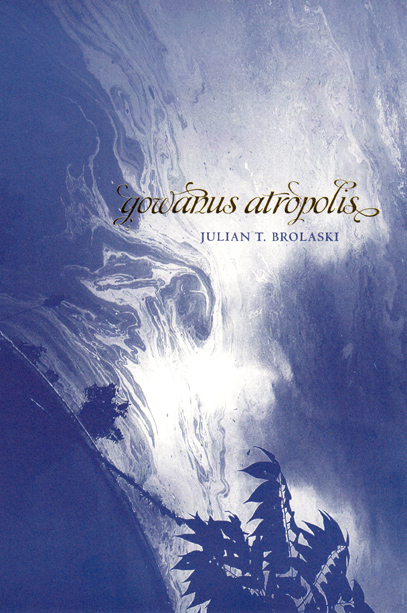 Gowanus atropolis is an ecopoetical exploration of the Gowanus canal in Brooklyn, a recently designated superfund site that was once a fertile fishing ground for the Canarsie Native American tribe. The poems grapple with reconciling the toxicity of the titular Gowanus Canal in Brooklyn and the east river in ‘Manahatta’ with the poet’s search for the pastoral in New York City. A queer elegy for when language might have been prior to thought, where the phrase becomes the thought, rather than the other way around—so that the dystopic might become, if not utopic, at least measurable / pleasurable, ‘melodious offal.’ Gowanus atropolis reinscribes, as always already present, both queer and Native spaces in and around the Gowanus through a radical reshaping of English.

if s/one is mocking let it be tender

so what if the magistrate calls you dude
for all the petrogaff in helsinki
what is the idles, the ides to you
the hottest month on record

if s/o is making a mockery
& yew liable to get thwarted
one needs a quiet room
who hands out thir fucking pronoun paradigm at parties??!!

if s/o is mocking
let thir hart be tender
harted. if one can be
not-deformed.

clock reads 7 at all hours
juncos make selves known in the snow
this time dawdling
I write in horse, but I see in athabascan
when it’s time for elevensies, the clock reads 7
what telling fortune therewith
time is a thing that gets spent, like youth, $ and desire
n/t so lovely as a cardinal against the snow
or a tree w/ fruit on it
by the time I have ceased to write this
it will already be 7
adjourned to the park
n/thing will come of n/t
starfish creaked in the wood
lurid amulet w/ a fish onnit
sign reads SEVEN all day & at all hours
the dogs curse each other from afar
in dog language
when did the word corrupt begin to take on a moral cast?
horses see in wide angle, and have a much wider periphery than humans,
but with a blind spot in the very center
so if you want to be sympathetic to a horse say sucks
about those blinders
or if you want to make fun of a horse, tell them
they can’t even see whats in front of their face 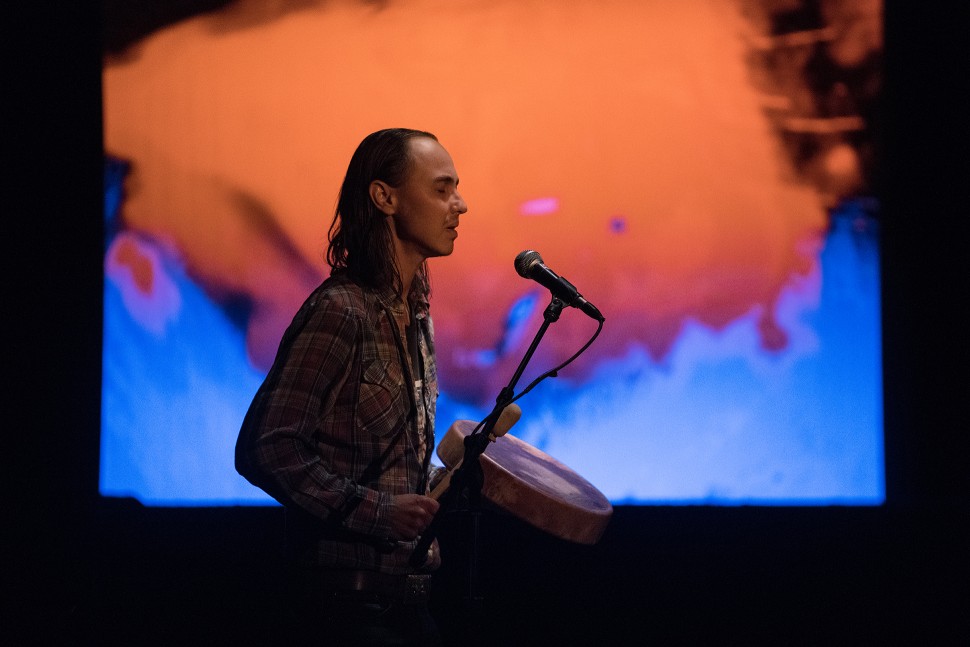 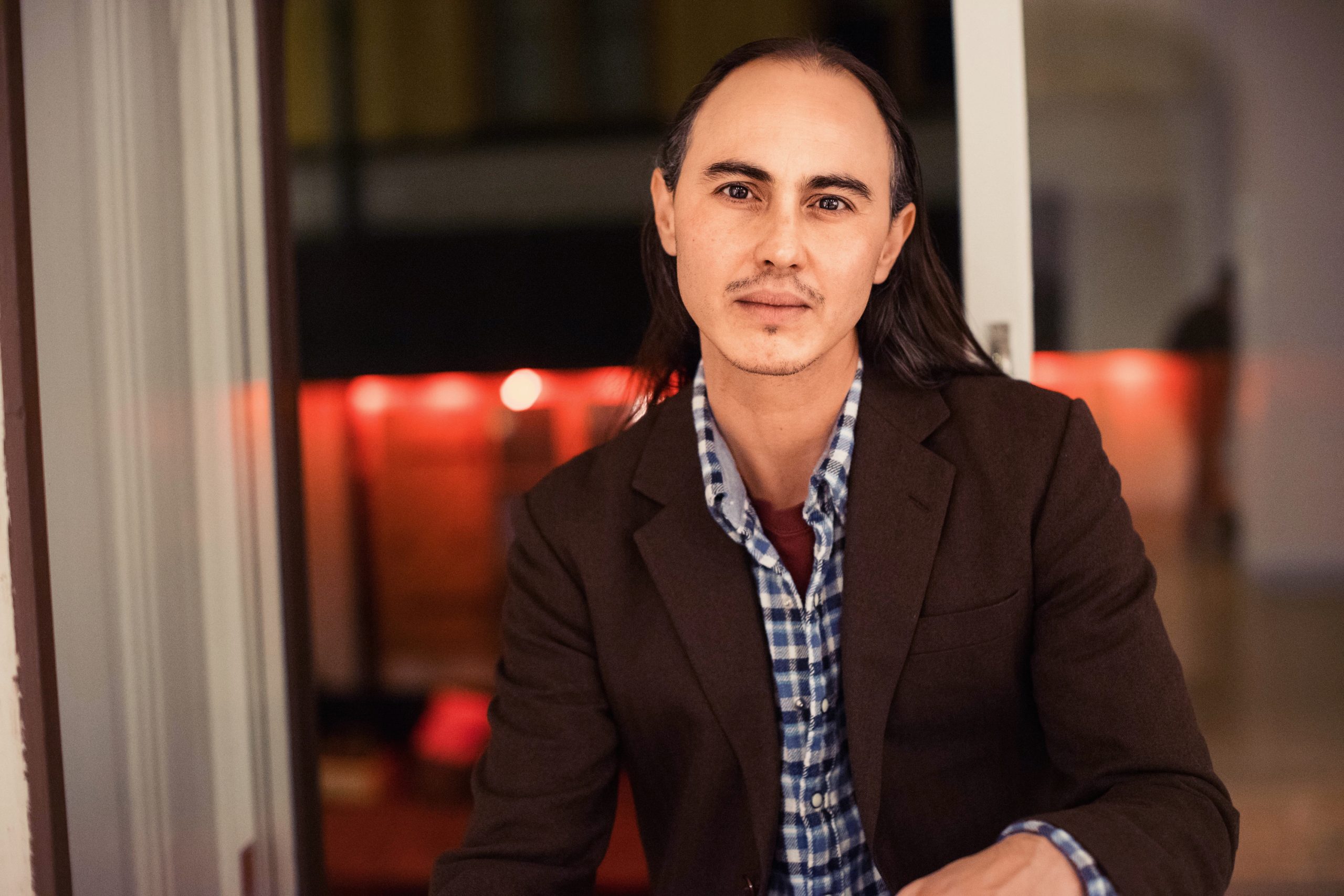