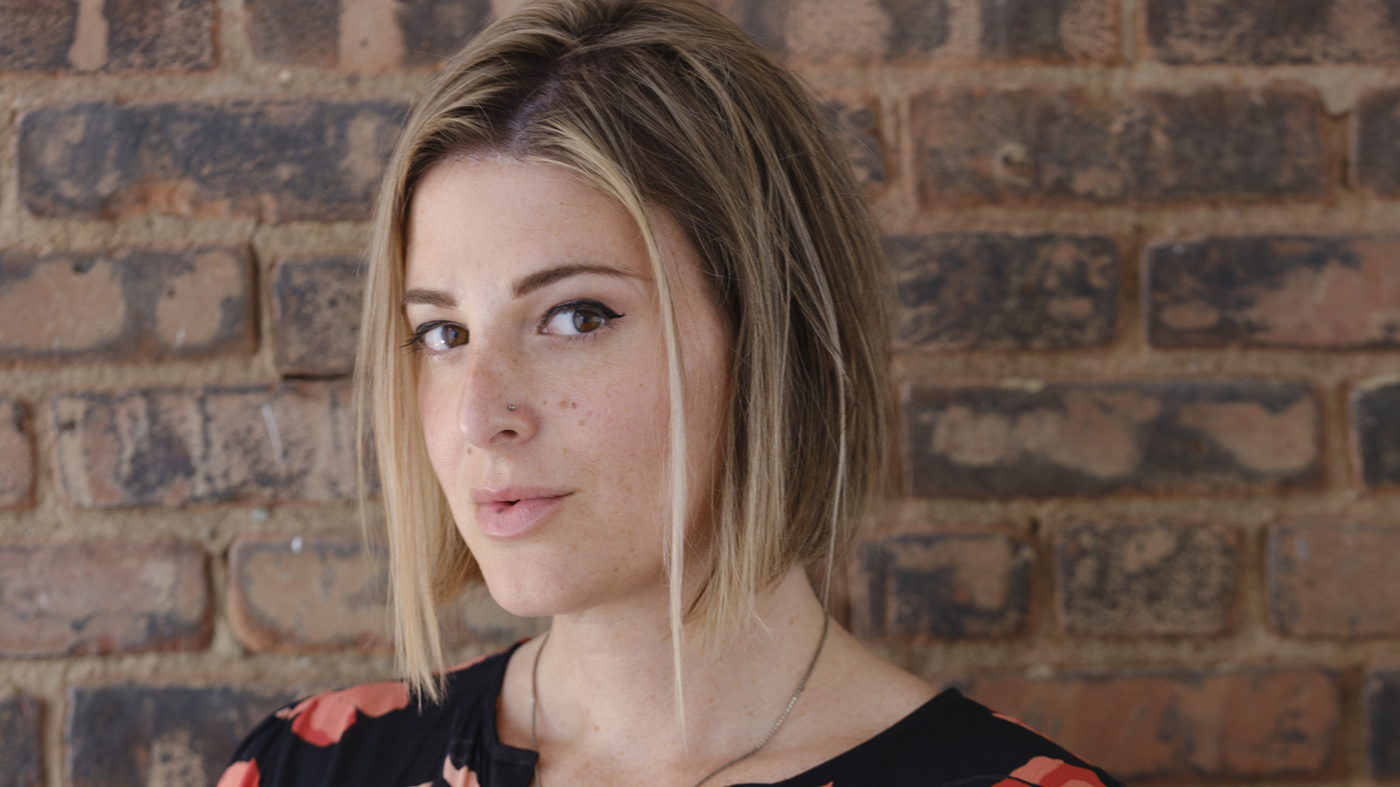 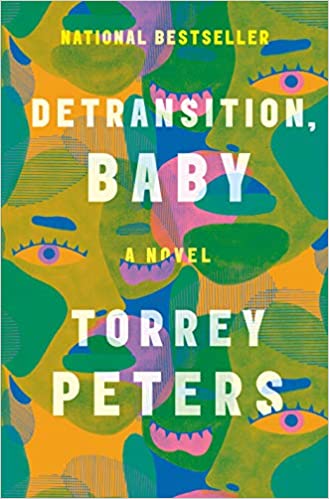 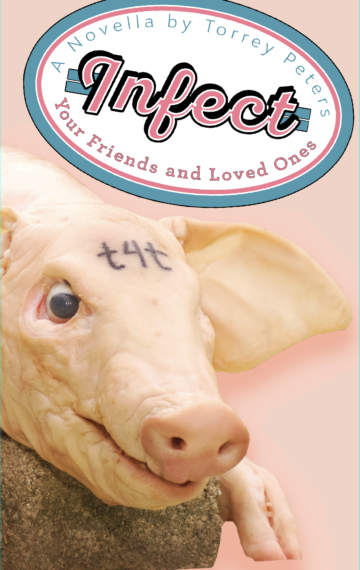 “Torrey Peters centers trans women’s voices, and explores with compassion the complexities and truths of their lives.” —The Rumpus

Torrey Peters is the author of the bestselling novel Detransition, Baby (Random House, 2021), which was a finalist for the 2021 National Book Critics Circle Award for the John Leonard Prize, longlisted for the Women’s Prize, and was a selection for Roxane Gay’s Audacious Book Club. She is also the author of the novellas Infect Your Friends and Loved Ones and The Masker.

Detransition, Baby is about what happens at the emotional, messy, vulnerable corners of womanhood that platitudes and good intentions can’t reach. Throughout the book, Peters brilliantly and fearlessly navigates the most dangerous taboos around gender, sex, and relationships, gifting us a thrillingly original, witty, and deeply moving novel. Kirkus Reviews calls the debut, “Smart, funny, and bighearted. Trans women will be matching their experiences against Reese’s, but so will cis women—and so will anyone with an interest in the human condition.” And Garth Greenwell says, “It’s the smartest novel I’ve read in ages. Peters manages to be utterly savage and lacerating while also conveying endlessly expanding compassion. It’s kind of a miracle.” Peters is set to write the pilot episode of the TV adaptation for Detransition, Baby with Grey’s Anatomy writer-producers Joan Rater and Tony Phelan lined up to serve as showrunners on the half-hour dramedy adaptation of the novel.

Peters holds an MFA from the University of Iowa and a Masters in Comparative Literature from Dartmouth College. She splits her time between Brooklyn and an off-grid cabin in Vermont.

Torrey Peters is the author of the bestselling novel Detransition, Baby (Random House, 2021), which was a finalist for the 2021 National Book Critics Circle Award for the John Leonard Prize, longlisted for the Women’s Prize, and was a Roxane Gay’s Audacious Book Club Pick. She is also the author of the novellas Infect Your Friends and Loved Ones and The Masker. Peters holds an MFA from the University of Iowa and a Masters in Comparative Literature from Dartmouth. She splits her time between Brooklyn and an off-grid cabin in Vermont.

Reese almost had it all: a loving relationship with Amy, an apartment in New York City, a job she didn’t hate. She had scraped together what previous generations of trans women could only dream of: a life of mundane, bourgeois comforts. The only thing missing was a child. But then her girlfriend, Amy, detransitioned and became Ames, and everything fell apart. Now Reese is caught in a self-destructive pattern: avoiding her loneliness by sleeping with married men. Ames isn’t happy either. He thought detransitioning to live as a man would make life easier, but that decision cost him his relationship with Reese—and losing her meant losing his only family. Even though their romance is over, he longs to find a way back to her. When Ames’s boss and lover, Katrina, reveals that she’s pregnant with his baby—and that she’s not sure whether she wants to keep it—Ames wonders if this is the chance he’s been waiting for. Could the three of them form some kind of unconventional family—and raise the baby together? This provocative debut is about what happens at the emotional, messy, vulnerable corners of womanhood that platitudes and good intentions can’t reach. Torrey Peters brilliantly and fearlessly navigates the most dangerous taboos around gender, sex, and relationships, gifting us a thrillingly original, witty, and deeply moving novel.

Infect Your Friends and Loved Ones

In the future, everyone will be trans. So says Lexi. She’s a charismatic trans woman furious with the way she sees her trans friends treated by society and resentful of the girl who spurned her love. Now, Lexi has a plan to wreak her vengeance: a future in which no one can produce hormones and everyone must make the same choice that she made—what body best fits your gender? 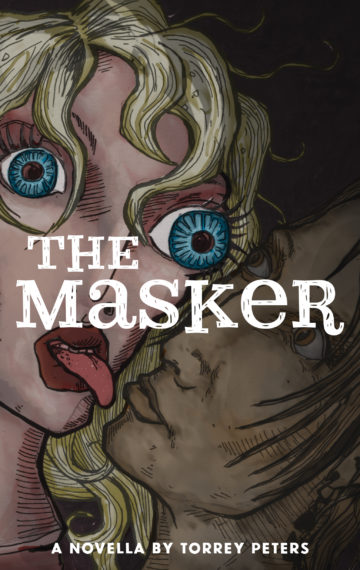 After a party on the Las Vegas Strip, a young sissy must choose between her internet fantasy of forced feminization at the hands of a mysterious handsome man, or the difficult reality of transition with the help of a sisterly transsexual woman.

• Culture: Over Fried Fish, I Said Goodbye to My Wife – Bon Appetit

• My Trans Mother, Myself – W Magazine

• Move Over, Sex and the City Reboot, a Detransition, Baby Series Is on the Way – Vulture

• Review of Detransition, Baby by Torrey Peters: A Comedy of Manners – The Guardian

• The Insider Insights of Detransition, Baby – The New Yorker

• Detransition, Baby wades into two of the most vulnerable questions for trans women – Vulture

• Review: A social comedy on ‘detransitioning’ asks: Who is anyone to judge? – Los Angeles Times

• Detransition, Baby is a Boundary-Breaking Story of Divorce and Identity – Oprah Magazine

Katrina sits in the roller chair before Ames’s desk. The moment has an air of uncommon inversion. Because she is his boss, Ames nearly always goes to her office and sits in front of her desk. Her office, corresponding to their relative places in the corporate hierarchy, is double the square footage of his, with two full windows looking out on two neighboring buildings, and between them, a sliver of East River view. By contrast, Ames’s office has one window overlooking a small parking lot. Once, in the twilight, he saw a brown creature trotting spritely across the pavement—and has since maintained that it was an urban coyote. One takes one’s excitements where one may.

Katrina rifles through a briefcase, pulls out a manila folder, and plops it on his desk. Her coming to his office makes him tense, like a teenager whose parents have entered his room.

“Well,” she says. “It’s real. This is happening.” He reaches for the folder. He has good posture, and gives her an easy smile. The folder opens to reveal printouts from an online patient portal.

“My gyno,” Katrina says, watching him closely. “She followed up with a blood test and a pelvic exam. She confirmed the home test results. Without an ultrasound, she can’t say how far I am, so I had one scheduled for the Thursday after next. I mean, I know you maybe aren’t sure yet how you feel about it, but maybe if you come, that’ll help? If I’m more than four weeks into it, we’ll be able to see the baby—or I guess, embryo?”

He is aware that she is scrutinizing him for a reaction. He had been unable to give one after the pregnancy test came back positive. He feels the same numbness that he felt then, only now, he can no longer delay by telling her that he wants to wait for official confirmation to get his emotions involved. “Amazing,” he says, and tries out a smile that he fears might be coming off as a grimace. “I guess it’s real! Especially since we have”—he searches briefly for a phrase, and then comes up with one—“an entire dossier of evidence.”

Katrina shifts to cross her legs. She’s wearing casual wedge heels. He always notices her clothing, half out of admiration, and half out of the habit of noting what’s going on in the field of women’s fashion. “Your reaction has been hard to read,” she says carefully. “I don’t know, I thought maybe if you saw it in black and white, I’d be able to gauge how you were actually feeling.” She pauses and swallows. “But I still can’t.” He sees the effort it costs her to muster this level of assertion.

He stands up, walks around the desk, and half sits against it, just in front of her, so his leg is touching hers.

He rotates the printouts, there’s a list of test results, but he can’t make sense of them. His brain shorts out when he cross-references the data that they clearly show—he is a father-to-be—with the data he stores in his heart: He should not be a father.

Three years have passed since Ames stopped taking estrogen. He injected his last dose on Reese’s thirty-second birthday. Reese, his ex, still lives in New York. They haven’t spoken in two years, although he sent her a birthday card last year. He received no response. Throughout their relationship, she had always talked assuredly about how she’d have a kid by age thirty-five. As far as he knows, that hasn’t happened.

It is only now, three years after their breakup, that Ames is able to talk about Reese casually, calling her “my ex” and moving the conversation along without dwelling. Because in truth, he still misses her in a way that talking about her, thinking about her, remains dangerous to indulge in—as an alcoholic can’t think too much about how much she’d really like just one drink. When Ames thinks hard about Reese, he feels abandoned and grows angry, morose, and worst of all, ashamed. Because he has trouble explaining exactly what he still wants from her. For a while he thought it was romance, but his desire has lost any kind of sexual edge. Instead, he misses her in a familial way, in the way he missed and felt betrayed by his birth family when they cut off contact in the early years of his transition. His sense of abandonment plucked at a nerve deeper, more adolescent than that of jilted adult romantic love. Reese hadn’t just been his lover, she’d been something like his mother. She had taught him to be a woman . . . or he’d learned to be a woman with her. She had found him in a plastic state of early development, a second puberty, and she’d molded him to her tastes. And now she was gone, but the imprint of her hands remained, so that he could never forget her.

He hadn’t understood how little sense he made as a person without Reese until after she began to detach from him, until the lack of her became so painful that he started to once again want the armor of masculinity and, somewhat haphazardly, detransitioned to fully suit up in it.

So now, three years have passed living once again in a testosterone-dependent body. Yet even without the shots or pills, Ames had believed that he’d been on androgen-blockers long enough to have atrophied his testicles into permanent sterility. That’s what he told Katrina when they hooked up the first time, the night of the agency’s annual Easter Keg Hunt. He told her that he was sterile—not that he’d been a transsexual woman with atrophied balls. 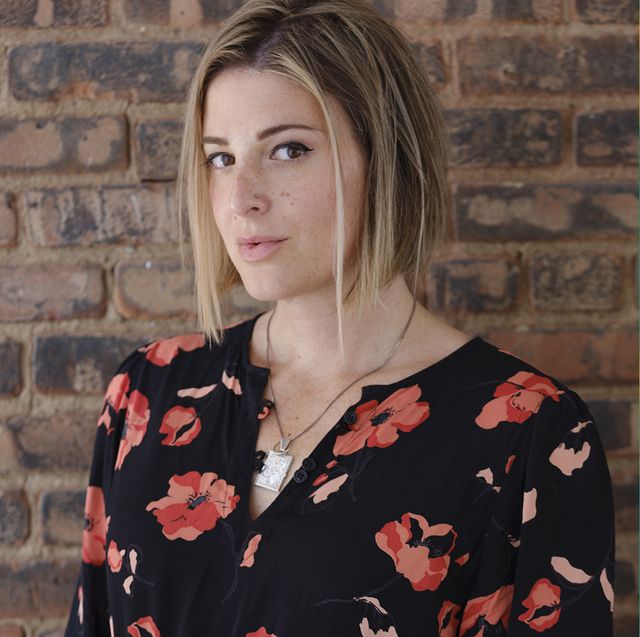 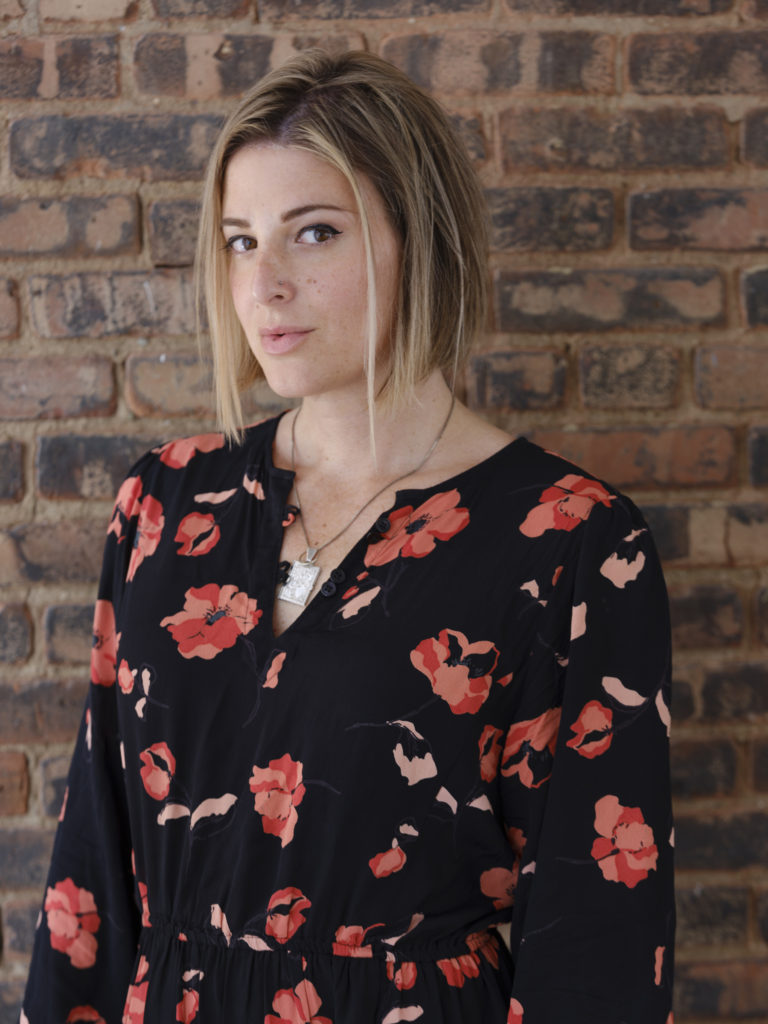