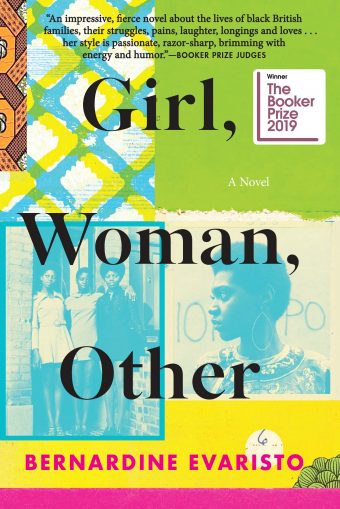 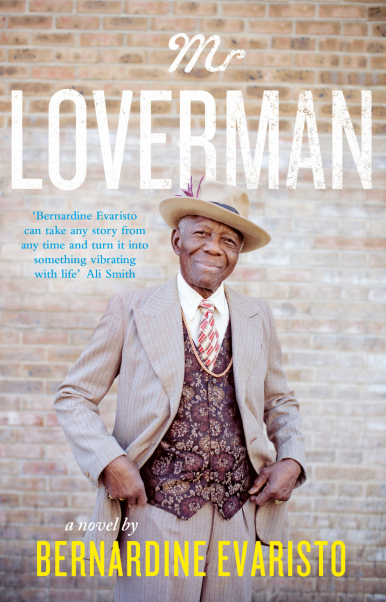 “Bernardine Evaristo uncovers characters lost to history and myth and with compassion, an original and brilliant voice, and an unparalleled craft—all tinged with humor—she restores them and thus us.” —Chris Abani

“Evaristo is known for narratives that weave through time and place with crackling originality.” —Vogue

“Evaristo has a gift for appraising the lives of her characters with sympathy and grace while gently skewering some of their pretensions.” —The New York Times

“Evaristo writes sensitively about how we raise children, how we pursue careers, how we grieve, how we love…. She captures the shared experience that make us members of the human family.” —Financial Times

Bernardine Evaristo is the author of the 2019 Booker Prize-winning novel Girl, Woman, Other. Her numerous other works span the genres of fiction, verse fiction, short fiction, poetry, essays, literary criticism, and radio and theatre drama. Other fiction titles include Mr. Loverman, a novel about a closet gay septuagenarian Antiguan-Londoner which explodes cultural myths and fallacies and shows the extent of what can happen when people fear the consequences of being true to themselves; Blonde Roots, a prose novel in which Africans enslave Europeans; and Lara, a semi-autobiographical verse novel of a mixed raced daughter of an Englishwoman and a Nigerian man. In all of her work, Evaristo’s writing is celebrated for its experimentation, daring, subversion, and challenging the myths of Afro-diasporic identities and histories. She describes her writing style as a fusion: “As a writer of fictions I like to mix things up temporally, spatially and stylistically—to cross the borders of genre, race, culture, gender, history, and sexuality.” The Booker Judges citation praises Girl, Woman, Other for this fusion, saying “The language wraps the reader by force, with the quality of oral traditions and poetry. This is a novel that deserves to be read aloud and to be performed and celebrated in all kinds of media.”

In Girl, Woman, Other Evaristo offers a magnificent portrayal of the intersections of identity and a moving and hopeful story of an interconnected group of black British women that paints a vivid portrait of the state of contemporary Britain and looks back to the legacy of Britain’s colonial history in Africa and the Caribbean. “This masterful novel is a choral love song to black womanhood.”, wrote Elle magazine, while The Washington Post proclaimed, “Girl, Woman, Other as “A breathtaking symphony of black women’s voices, a clear-eyed survey of contemporary challenges that’s nevertheless wonderfully life-affirming.” Evaristo won the Booker Prize alongside Margaret Atwood, to which the Washington Post also remarked, “Girl, Woman, Other received half a Booker Prize, but it deserves all the glory.”

Evaristo’s Afro-diasporic interests have led her to writing books that connect ancient and modern history with our contemporary society. She writes, “One of my aims as a writer is to explore the hidden narratives of the African diaspora, to play with ideas, conjur up original and innovative fiction and forms, and to subvert expectations and assumptions. Writing is an adventure, a journey into the unknown, and I enjoy liberating myself from the shackles of convention.” Addressing the themes and style of her other novels, she expands: “In Blonde Roots and The Emperor’s Babe I employ lashings of anachronisms to create worlds with shifting time frames that explore the relationship between the past and the present. In Lara I created multiple, inter-generational, inter-racial and inter-continental voices that examine the multicultural roots of the eponymous, mixed-race Lara. In Soul Tourists the past is revisited through ghosts of colour based on real characters in European history.”

Evaristo has edited several publications and her literary criticism appears in national newspapers and magazines including The Guardian, The New York Times Literary Supplement, The New York Observer, The New York Times, The Independent, and The New Statesman. Her books have been a “Notable Book of the Year” thirteen times in British newspapers. The Emperor’s Babe was a London Times Book of the Decade. Her books have been translated into several languages including Czech, Finnish, Hungarian, Italian & Mandarin.

A staunch and longstanding activist and advocate for the inclusion of artists and writers of color, Evaristo has initiated several successful schemes to ensure increased representation in the creative industries. Evaristo was born the fourth of eight children, in Woolwich, south east London, to an English mother (of English, Irish and German heritage) and a Nigerian father (of Nigerian and Brazilian heritage). Her father was a welder and local labor councilor; her mother was a schoolteacher. She spent her teenage years at Greenwich Young People’s Theatre, which was where she first became involved in the arts. In 2019, Evaristo served as the inaugural Woolwich Laureate, appointed by the Greenwich & Docklands International Festival.

Evaristo lives in London with her husband, where she is Professor of Creative Writing at Brunel University London.

Bernardine Evaristo is the author of the 2019 Booker Prize-winning novel Girl, Woman, Other. Her numerous other works span the genres of fiction, verse fiction, short fiction, poetry, essays, literary criticism, and radio and theatre drama. Other fiction titles include Mr. Loverman, Blonde Roots, and Lara. Her writing is celebrated for its experimentation, daring, subversion, and challenging the myths of Afro-diasporic identities and histories. A staunch and longstanding activist and advocate for the inclusion of artists and writers of color, Evaristo has initiated several successful schemes to ensure increased representation in the creative industries. She is Professor of Creative Writing at Brunel University London.

This masterful novel is a choral love song to black womanhood.”—Elle

“As she creates a space for immigrants and the children of immigrants to tell their stories, Evaristo explores a range of topics both contemporary and timeless. There is room for everyone to find a home in this extraordinary novel. Beautiful and necessary.” —Kirkus Reviews, Book of the Year

Girl, Woman, Other is a magnificent portrayal of the intersections of identity and a moving and hopeful story of an interconnected group of Black British women that paints a vivid portrait of the state of contemporary Britain and looks back to the legacy of Britain’s colonial history in Africa and the Caribbean. The twelve central characters of this multi-voiced novel lead vastly different lives: Amma is a newly acclaimed playwright whose work often explores her Black lesbian identity; her old friend Shirley is a teacher, jaded after decades of work in London’s funding-deprived schools; Carole, one of Shirley’s former students, is a successful investment banker; Carole’s mother Bummi works as a cleaner and worries about her daughter’s lack of rootedness despite her obvious achievements. From a nonbinary social media influencer to a 93-year-old woman living on a farm in Northern England, these unforgettable characters also intersect in shared aspects of their identities, from age to race to sexuality to class.

“Evaristo’s confident control of the language, her vibrant use of humor, rhythm and poetry, and the realistic mix of Caribbean patois with both street and the Queen’s English… fix characters in the reader’s mind.” —The New York Times Sunday Book Review

Mr Loverman is a ground-breaking exploration of Britain’s older Caribbean community which explodes cultural myths and fallacies and shows the extent of what can happen when people fear the consequences of being true to themselves. Barrington Jedidiah Walker is seventy-four and leads a double life. Born and bred in Antigua, he’s lived in Hackney since the sixties. A flamboyant, wise-cracking local character with a dapper taste in retro suits and a fondness for quoting Shakespeare, Barrington is a husband, father and grandfather – but he is also secretly homosexual, lovers with his great childhood friend, Morris. His deeply religious and disappointed wife, Carmel, thinks he sleeps with other women. When their marriage goes into meltdown, Barrington wants to divorce Carmel and live with Morris, but after a lifetime of fear and deception, will he manage to break away?

BLONDE ROOTS (Novel, 2008)
Evaristo’s first fully-prose novel Blonde Roots is an original and often satirical take on slavery in which Africans are the masters and Europeans are their slaves. The protagonist is a captured white woman from Europa who tries to escape slavery in the United Kingdom of Great Ambossa.

HELLO MUM (Novella, 2010)
An epistolary novella told in the voice of a 14 year old boy writing to his mother who lives on a London estate and gets into trouble with a gang. In this fiction the issue of gang culture is neither demonised or glamourised. Instead, his story deepens our understanding of the context of his life and the decisions he makes that shapes it. Evaristo was the Suffolk Big Read author in 2010 and 40,000 copies of Hello Mum were distributed throughout the county including to every school. Over 70,000 copies of the novella have been sold to date, through non-traditional outlets.

LARA (Novel, 2009)
A semi-autobiographical verse novel based on the author’s family history. The cover photograph is of her parents’ wedding day in Camberwell, London, 1955. (This new edition of the book is revised and expanded by a third from the 1997 edition.) The novel travels back over 150 years, seven generations and three continents. The eponymous Lara grows up as the mixed raced daughter of an Englishwoman and a Nigerian man in London of the 60s and 70s, and the novel shifts backwards from the past to the present, including the stories of her parent’s childhood and inter-racial marriage and her predecessors in England, Nigeria, Ireland, Germany and Brazil.

• An Execerpt of Girl, Woman, Other — Literary Hub

she imagined them demolishing all the equipment used for oil production, including the flare stacks that rose into the skies to burn the natural gas, her cleaners setting charges underneath each one, detonating from a safe distance and watching them being blown up

she imagined the local people cheering and celebrating with dancing, drumming and roasted fish

who could vaporize them with their superhuman powers

afterwards, she imagined legions of singing women sifting the rivers and creeks to remove the thick slicks of grease that had polluted them, and digging up the land until they’d removed the toxic sublayers of soil

she imagined her father, Moses, a simple fisherman, steering his canoe through the transparent waters of the creeks, a man who was still supporting his family in the dignified tradition of their ancestors

she imagined her mama, in good health, taking it easy while farmhands looked after their land

she imagined Augustine, a Green Finance Economist coming up the garden path of their house wearing a business suit and with a smart briefcase

• Bernadine Evaristo: Giant Leap from the Wimpy to the Booker – The UK Times

• Bernadine Evaristo No Longer Calls Herself an Outsider – Bustle

• Bernadine Evaristo on Writing, Representation, and Her Influences – ABC News

• An Interview with Bernardine Evaristo —The Guardian

• Discovering the Joys of Literature with Bernadine Evaristo – PEN America

• A polyphonic novel of Black womanhood – The Guardian

• On Memoir, Triggered — The Guardian

• Listen to Evaristo read her essay “For Coloured Girls”