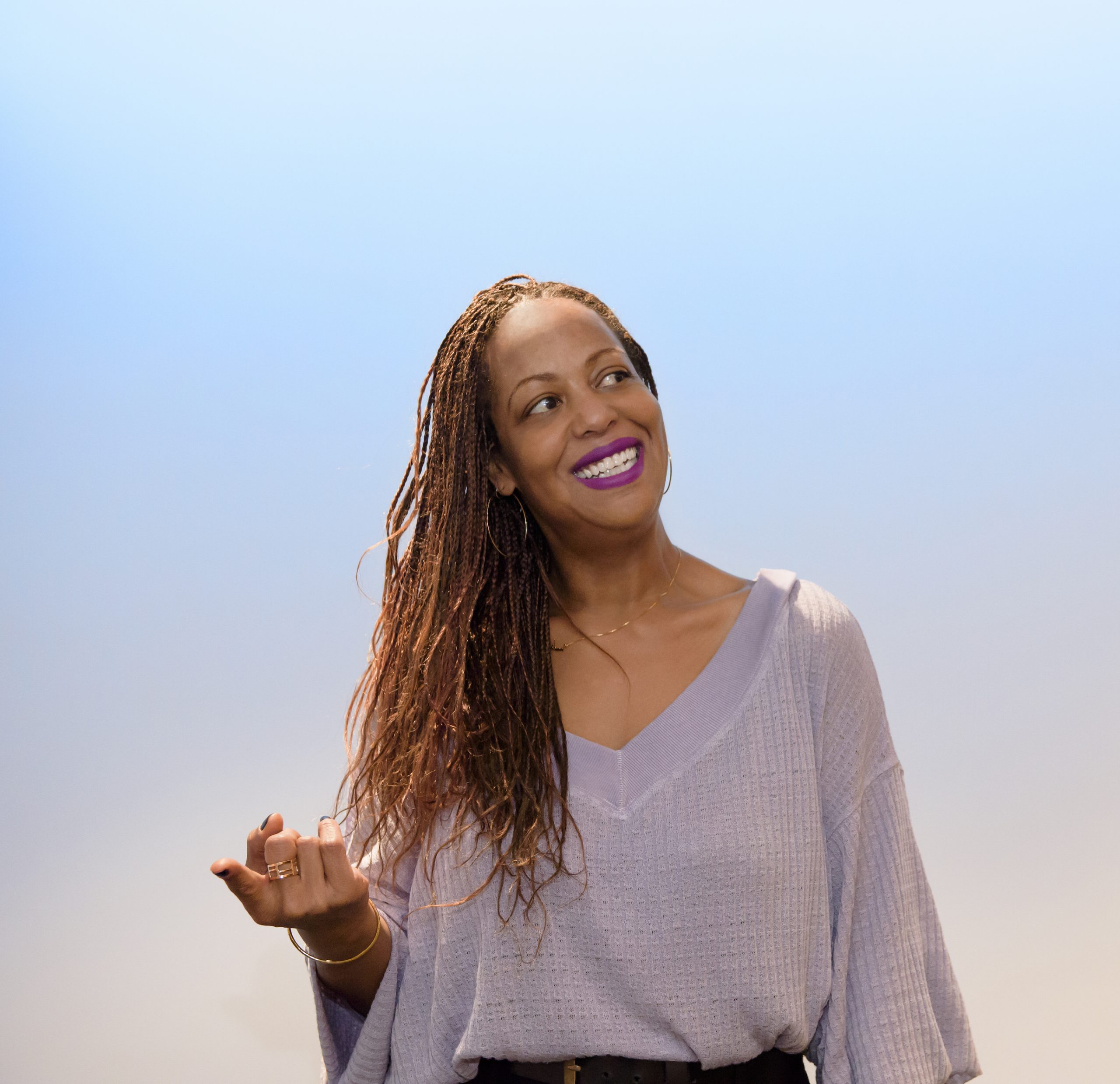 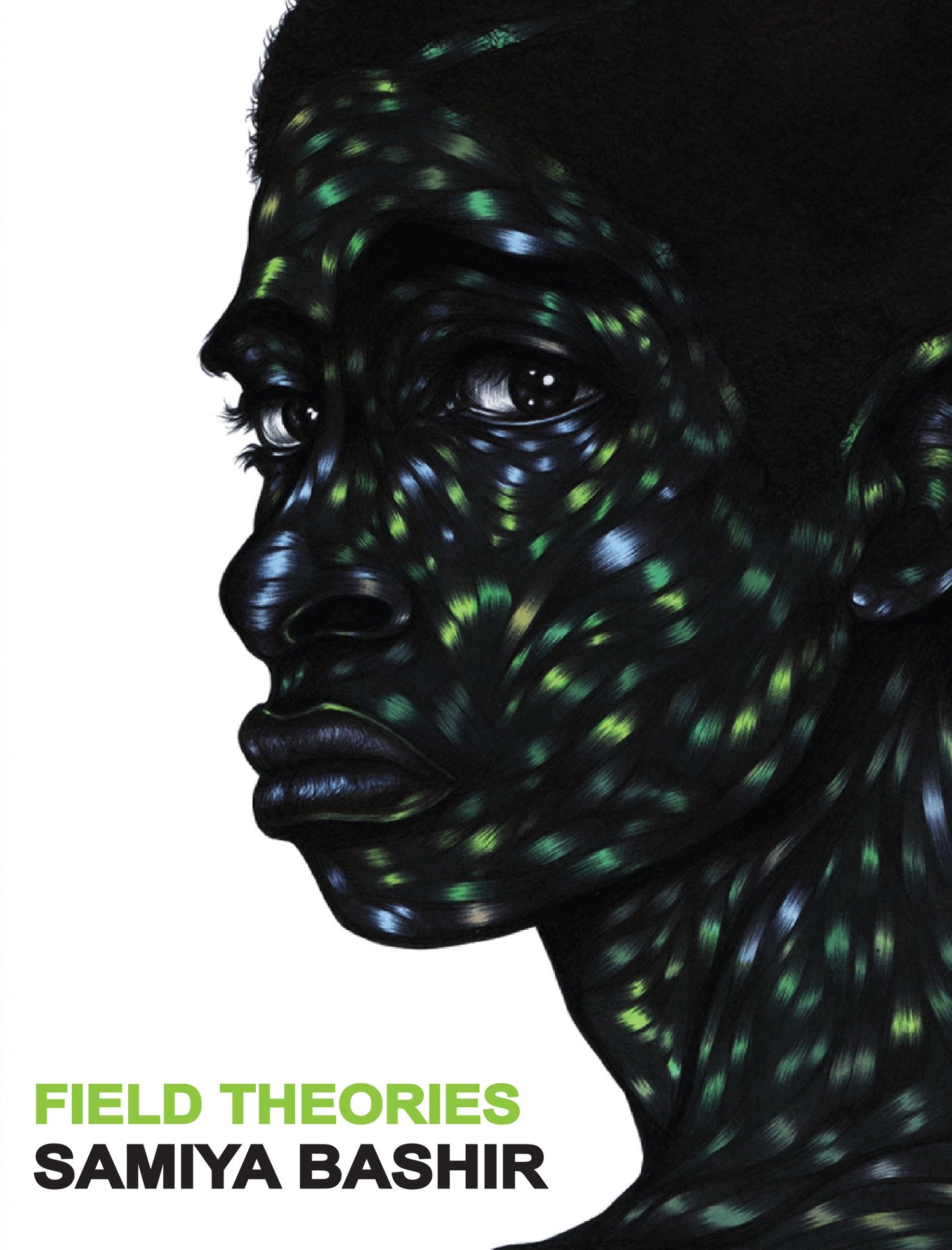 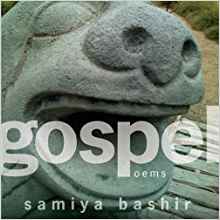 Bashir’s most recent book of poetry, Field Theories, which won the Oregon Book Award for poetry in 2018, wends its way through quantum mechanics, chicken wings and Newports, love and a shoulder’s chill, melding blackbody theory (idealized perfect absorption, as opposed to the whitebody’s idealized reflection) with real live Black bodies in poems that span lyric, narrative, dramatic, and multi-media experience, engaging their containers while pushing against their constraints. Hyperallergic writes, “Samiya Bashir challenges the vocabulary of science, finding inflections and echoes within that vocabulary of the long and brutal history of race and racially based economic exploitation in the U.S.A. dynamic, shape-shifting machine of perpetual motion.”

Albert Murray said, “the second law of thermodynamics ain’t nothing but the blues.” Field Theories asks what is the blue of how we treat each other, ourselves, of what this world does to us, of what we do to this shared world in poems which “creat[ing] cognitive openings,” wrote Durand, “for understanding how science, history, life and poetry intersect.”During the six months leading up to the release of Field Theories, Bashir created six short videopoems in collaboration with video artist Roland Dahwen Wu and dancer Keyon Gaskin to remix and reimagine the work through a new medium: sound & image & light.

Norse gods, Ghanaian call and response, and black gospel all contribute to an exploration of the sensual world in Gospel, her second collection which, along with Where the Apple Falls was a finalist for the Lambda Literary Award. Blackademics reviewer Alexis Pauline Gumbs described the collection as a “close look at the infinite places and moments when the human body meets despair, pleasure and transcendence.” Bashir is also editor of Best Black Women’s Erotica II, and co-editor of Role Call: A Generational Anthology of Social & Political Black Literature & Art, with Tony Medina and Quraysh Ali Lansana.

Bashir holds a BA from the University of California, Berkeley, where she served as Poet Laureate, and an MFA from the University of Michigan, where she received two Hopwood Poetry Awards. In October 2017 she was awarded the Regional Arts & Culture Council’s Individual Artist Fellowship in Literature in recognition of individual artistic achievement and excellence to sustain and enhance her creative process. She has been the recipient of numerous other awards, grants, fellowships, and residencies, and is a founding organizer of Fire & Ink, an advocacy organization and writer’s festival for LGBT writers of African descent.

Bashir lives in Portland, Oregon where she teaches at Reed College.

Samiya Bashir is the author of three books of poetry: Field Theories, and Gospel, and Where the Apple Falls. Sometimes she makes poems of dirt. Sometimes zeros and ones. Sometimes variously rendered text. Sometimes light. Her work has been widely published, performed, installed, printed, screened, and experienced. Bashir holds a BA from the University of California, Berkeley, where she served as Poet Laureate, and an MFA from the University of Michigan, where she received two Hopwood Poetry Awards. Bashir lives in Portland, Oregon where she teaches at Reed College.

Field Theories wends its way through quantum mechanics, chicken wings and Newports, love and a shoulder’s chill, melding blackbody theory (idealized perfect absorption, as opposed to the whitebody’s idealized reflection) with real live Black bodies. Albert Murray said, “the second law of thermodynamics ain’t nothing but the blues.” So what is the blue of how we treat each other, ourselves, of what this world does to us, of what we do to this shared world? Woven through experimental lyrics is a heroic crown of sonnets that wonders about love and intent, identity and hybridity, and how we embody these interstices and for what reasons and to what ends.

Poetry. African American Studies. LGBT Studies. Lambda Literary Award finalist. Gospel is an ecumenical resistance song in four parts. In this passionate follow-up to 2005’s Lambda Literary Award finalist, Where the Apple Falls, Bashir’s poems challenge truth to stare down the power of fear and paralysis. “We intended gospel to strike a happy medium for the down- trodden,” said gospel music pioneer Thomas Dorsey. “This music lifted people out of the muck and mire of poverty and loneliness, of being broke, and gave them some kind of hope anyway. Make it anything but good news, it ceases to be gospel.” The good news, according to Bashir, is that we are neither alone in our mess, nor alone in our grasp of the tools to heal. In this pull-no-punches collection Bashir lays down a road map, a portable flashlight, and a shaky-legged escort to usher the way toward recovered sight and strength.

Where the Apple Falls

Where the Apple Falls resides at the intersections between woman and female—both human and environmental—and the concepts to which she is often linked: death, rebirth, victim, sexual/perverse. Seasons are crucial: from the birth of Spring through Autumn’s final harvest, the work suggests a recasting of the farmer; a reclamation of both the fall and redemption/death/(re)birth on her own terms. Finally, Where the Apple Falls highlights the resilience of strength. Even strength denied does not die. Instead, it continues to grow in power, waiting for its calling. Where the Apple Falls reminds us to imagine, encourages us to answer the call, to revel in the beauty and possibility that we all embody, to consider our direction and route.

if this is a game then we have made it, unknowing,
to the final four. unlikely underdogs. spectators turned
to suspect sport. anti-athletes. out of shape beyond reason.

at season’s height we fight for a limited audience. few dancers.
fewer cheers. down by 30 and our coach m.i.a. we, foolish, dribble.
each bounce-back brings a stranger. can’t call us for traveling because

we ain’t going nowhere. instead, we trade terrified looks. search
for the pass but no one stays open for long. even if we knew what to do
to pull this through we’ve got two other teams waiting, impatient, to take us out. 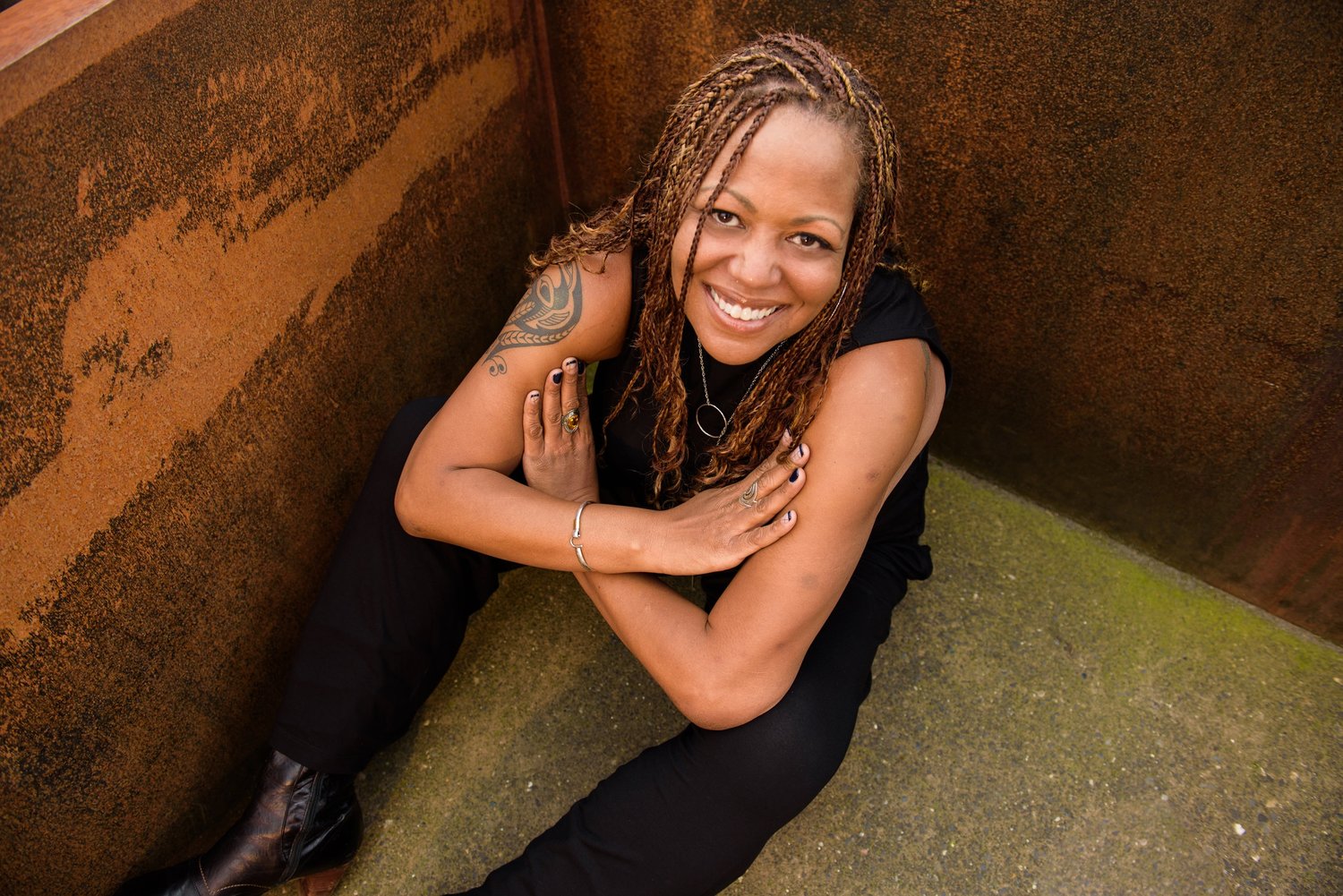 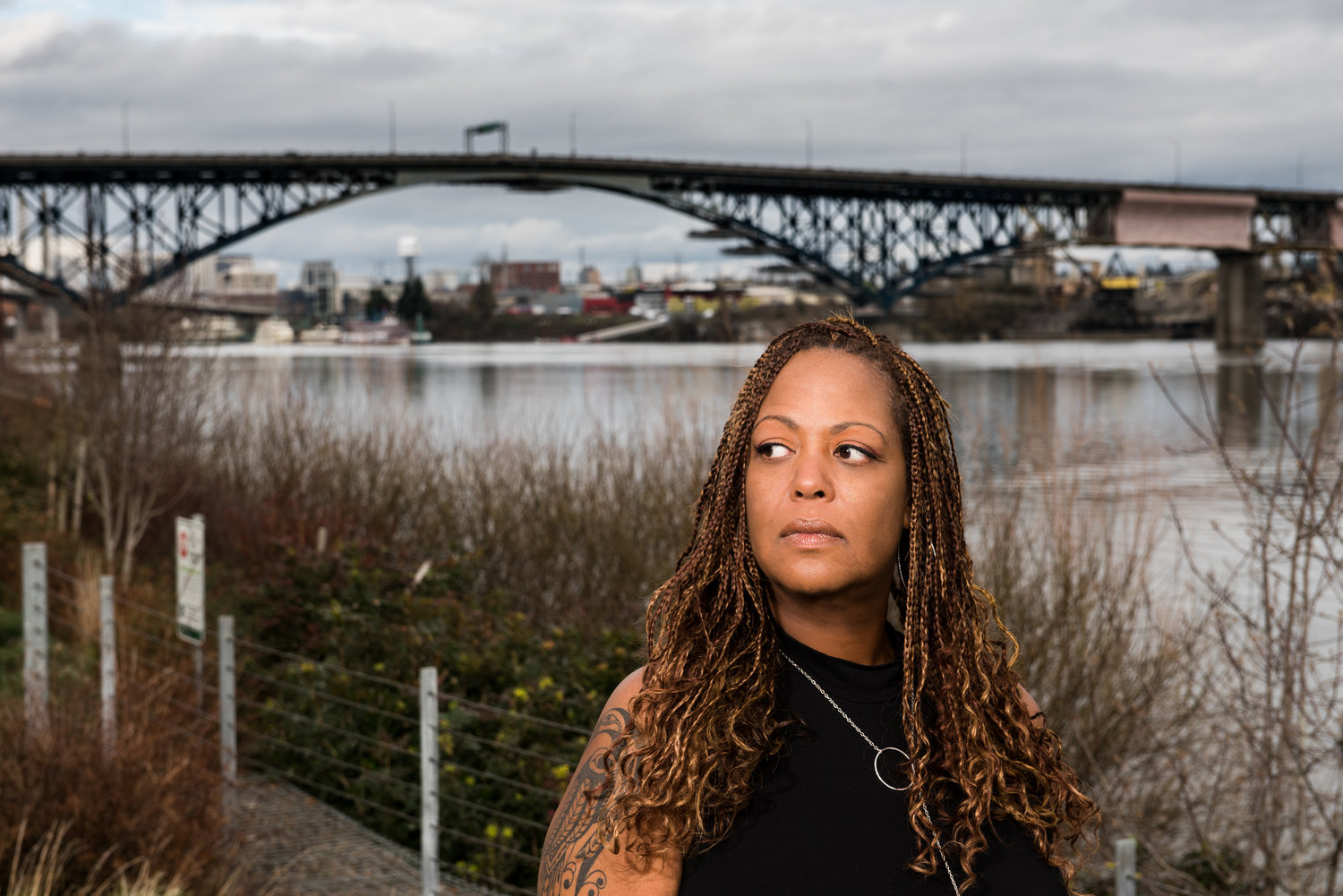 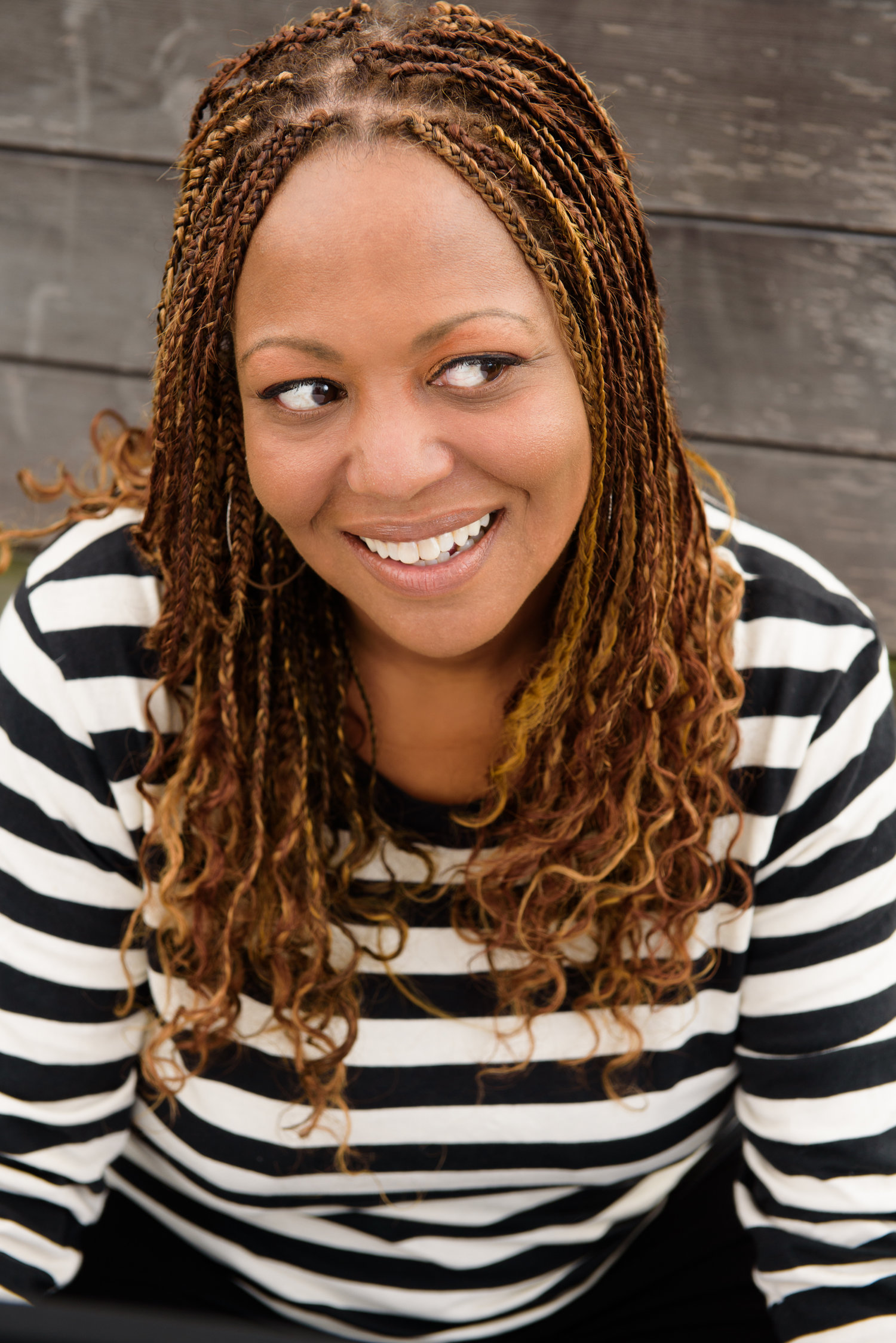 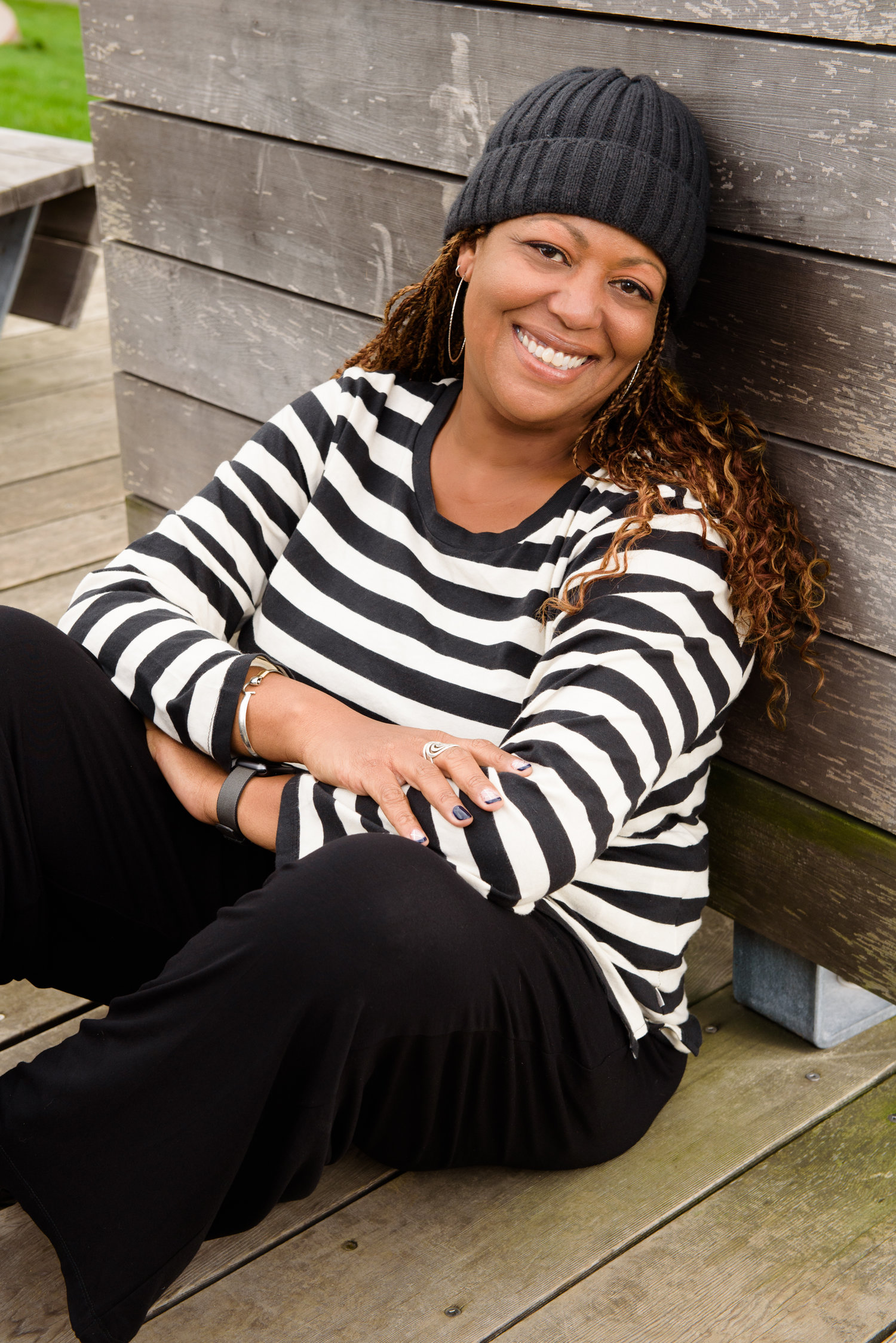 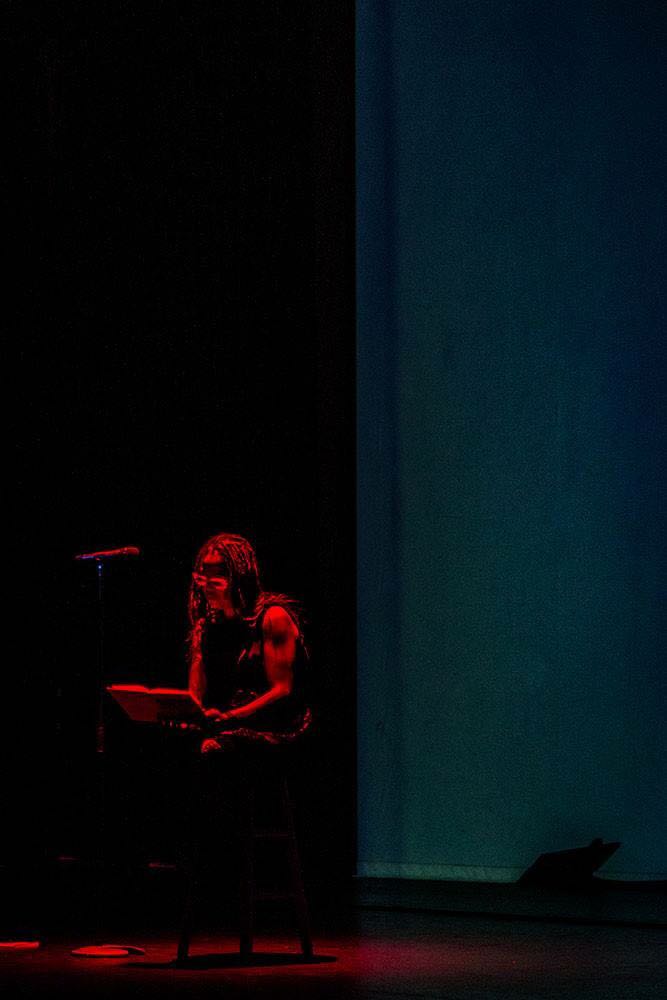 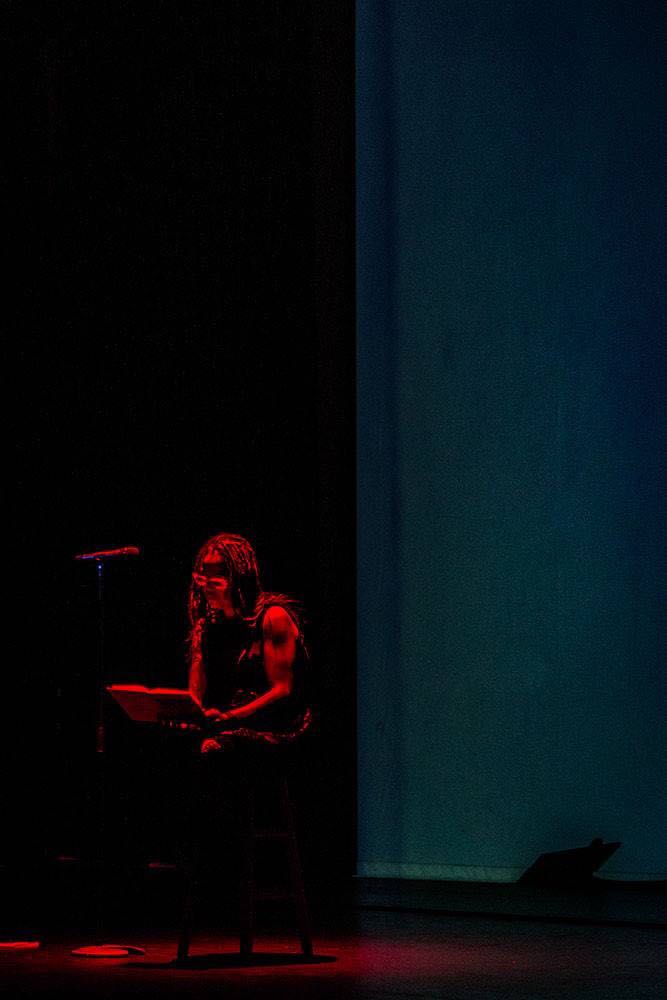 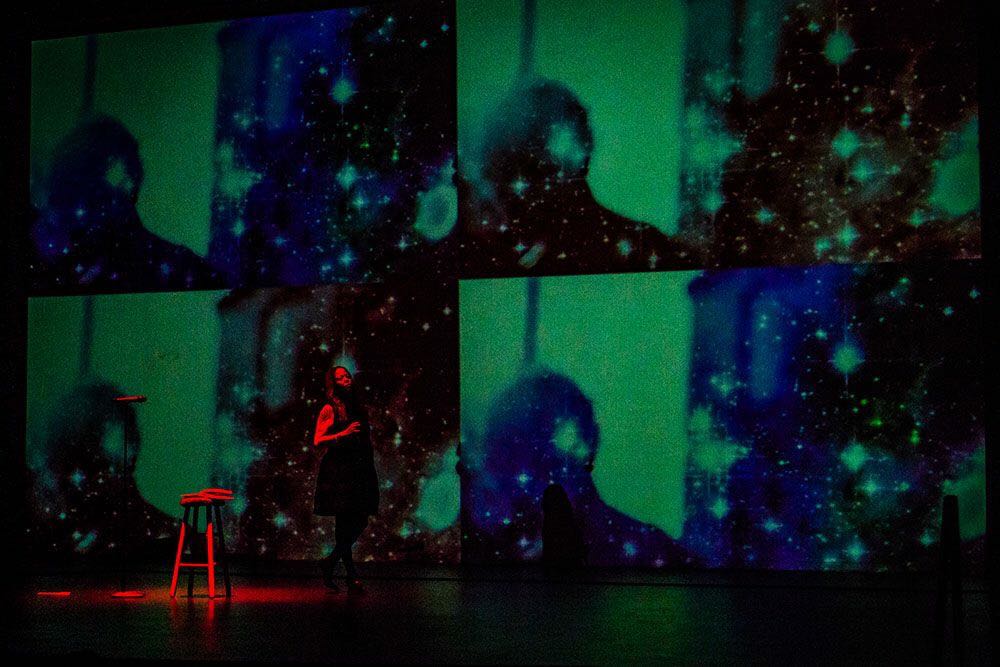