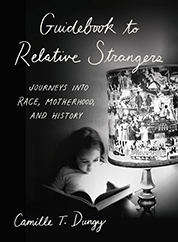 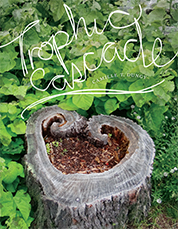 “Dungy’s poems depict a universe of clockwork precision whose logic can be too complex for mortal minds.”—Publishers Weekly

Her debut collection of personal essays, Guidebook to Relative Strangers (W. W. Norton, 2017) was a finalist for the National Book Critics Circle Award.  As a working mother whose livelihood as a poet-lecturer depended on travel, Camille Dungy crisscrossed America with her infant, then toddler, intensely aware of how they are seen, not just as mother and child, but as black women. The Kirkus Review noted of this lyrical memoir, “Each essay flows smoothly into the next, and they are all interlinked with themes of race, fear, joy, and love, bringing readers eye to eye with the experiences of being a black female poet, lecturer, mother, and woman. Forthright, entertaining, often potent essays that successfully intertwine personal history and historical context regarding black and white in America.”

Dungy is the editor of the anthology Black Nature: Four Centuries of African American Nature Poetry (UGA, 2009), the first anthology to focus on nature writing by African American poets. About the anthology, a Booklist starred review notes, “Just as nature is too often defined as wilderness when, in fact, nature is everywhere we are, our nature poetry is too often defined by Anglo-American perspectives, even though poets of all backgrounds write about the living world. Dungy enlarges our understanding of the nexus between nature and culture, and introduces a ‘new way of thinking about nature writing and writing by black Americans.'” Black Nature brings to the fore a neglected and vital means of considering poetry by African Americans and nature-related poetry as a whole. Dungy serves as the poetry editor for Orion magazine.

Dungy is also the editor of several other anthologies, including From the Fishouse (Persea, 2009) and Gathering Ground: A Reader Celebrating Cave Canem’s First Decade (University of Michigan Press, 2006).

Dungy is the recipient of fellowships and grants from the National Endowment for the Arts, The Sustainable Arts Foundation, The Diane Middlebrook Residency Fellowship of the Djerassi Resident Artist Program, and other organizations. She was the recipient of a 2019 Guggenheim Fellowship. Her poems and essays have been published in Best American Poetry, The 100 Best African American Poems, nearly thirty other anthologies, and over one hundred print and online journals.

Camille T. Dungy is the author of four collections of poetry, most recently Trophic Cascade (Wesleyan UP, 2017), winner of the Colorado Book Award, and the essay collection Guidebook to Relative Strangers: Journeys into Race, Motherhood and History (W.W. Norton, 2017), a finalist for the National Book Critics Circle Award. Dungy has also edited anthologies including Black Nature: Four Centuries of African American Nature Poetry and From the Fishouse: An Anthology of Poems that Sing, Rhyme, Resound, Syncopate, Alliterate, and Just Plain Sound Great. A 2019 Guggenheim Fellow, her honors include NEA Fellowships in poetry (2003) and prose (2018), an American Book Award, two NAACP Image Award nominations, and two Hurston/Wright Legacy Award nominations. Dungy’s poems have been published in Best American Poetry, The 100 Best African American Poems, the Pushcart Anthology, Best American Travel Writing, and over thirty other anthologies. She is University Distinguished Professor at Colorado State University.

“Dungy’s prose is like the landscapes she has known: rich, fertile, astoundingly beautiful, and also singular and exacting. What better a voice to explore the rapture of motherhood, the fraught vulnerability of living in a black body, and the beautiful intimacy that can arise between near strangers? Guidebook to Relative Strangers is world-enlarging and indispensable.” —Tracy K. Smith

As a working mother whose livelihood as a poet-lecturer depended on travel, Camille Dungy crisscrossed America with her infant, then toddler, intensely aware of how they are seen, not just as mother and child, but as black women. With a poet’s eye, she celebrates her daughter’s acquisition of language and discoveries of the natural and human world around her. At the same time history shadows her steps everywhere she goes: from the San Francisco of settlers’ and investors’ dreams to the slave-trading ports of Ghana; from snow-white Maine to a festive, yet threatening, bonfire in the Virginia pinewoods. With exceptional candor and grace, Dungy explores our inner and outer worlds―the intimate and vulnerable experiences of raising a child, living with illness, conversing with strangers, and counting on others’ goodwill. Across the nation, she finds fear and trauma, and also mercy, kindness, and community. Penetrating and generous, Guidebook to Relative Strangers is an essential guide for a troubled land.

“Dungy asks how we can survive despair and finds her answers close to the earth.”—Kenyon Review

In this fourth book in a series of award-winning survival narratives, Dungy writes positioned at a fulcrum, bringing a new life into the world even as her elders are passing on. In a time of massive environmental degradation, violence and abuse of power, a world in which we all must survive, these poems resonate within and beyond the scope of the human realms, delicately balancing between conflicting loci of attention. Dwelling between vibrancy and its opposite, Dungy writes in a single poem about a mother, a daughter, Smokin’ Joe Frazier, brittle stars, giant boulders, and a dead blue whale. These poems are written in the face of despair to hold an impossible love and a commitment to hope. 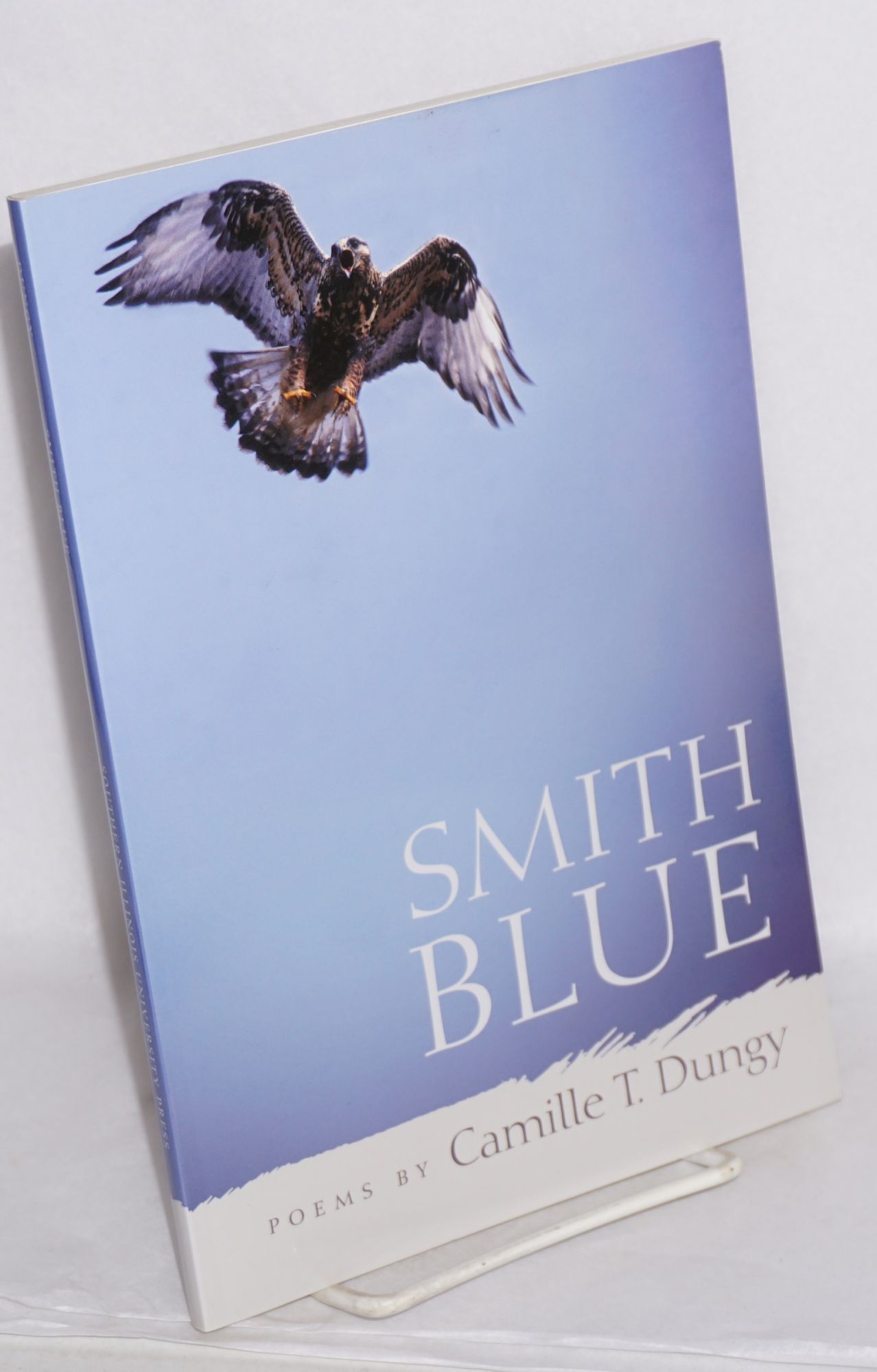 In Smith Blue, Camille T. Dungy offers a survival guide for the modern heart as she takes on twenty-first-century questions of love, loss, and nature. From a myriad of lenses, these poems examine the human capability for perseverance in the wake of heartbreak; the loss of beloved heroes and landscapes; and our determination in the face of everyday struggles. Dungy explores the dual nature of our presence on the planet, juxtaposing the devastation caused by human habitation with our own vulnerability to the capricious whims of our environment. In doing so, she reveals with fury and tenderness the countless ways in which we both create and are victims of catastrophe. This searing collection delves into the most intimate transformations wrought by our ever-shifting personal, cultural, and physical terrains, each fraught with both disillusionment and hope. In the end, Dungy demonstrates how we are all intertwined, regardless of race or species, living and loving as best we are able in the shadows of both man-made and natural follies.

Suck on the Marrow

Suck on the Marrow is a historical narrative, revolving around six main characters and set in mid-19th century Virginia and Philadelphia. The book traces the experiences of fugitive slaves, kidnapped Northern-born blacks, and free people of color, exploring the interdependence between plantation life and life in Northern and Southern American towns and illuminating the connections between the successes and difficulties of a wide range of Americans, free and slave, black and white, Northern and Southern. This neo-slave narrative treats the truths of lives touched by slavery with reverence but is not afraid to question the ways the old stories have too often been told. In addition to creating new stories, Suck on the Marrow develops new ways of telling those tales.

What to Eat, What to Drink, What to Leave for Poison

Camille Dungy has a garden of verses that spring up with the sunshine or hide with you in the dusk. “Cleaning” best sums up What to Eat, What to Drink, What to Leave for Poison, an amazing poetry collection, when
Dungy pens “understanding clearly/what is fatal to the body./I only understand too late/what can be fatal to the heart.” Take an ice tea and sit on the veranda or take a glass of wine and prop up in bed but whatever
way you like your poetry, this book is a must.

• Also a Kind of Love: An Interview with Camille Dungy by Cate Lycurgus – 32poems

• A Conversation with Camille Dungy – The Rumpus

• Listen to this interview with Camille Dungy – Generation Anthropocene

Sing the mass—
light upon me washing words
now that I am gone.

The sky was a hot, blue sheet the summer breeze fanned
out and over the town. I could have lived forever
under that sky. Forgetting where I was,
I looked left, not right, crossed into a street
and stepped in front of the bus that ended me.

The way an age-worn man held his wife’s shaking arm,
supporting the weight that seemed to sing from the heart
she clutched. Knowing her eyes embraced the pile
that was me, he guided her sacked body through the crowd.
And the way one woman began a fast the moment she looked

under the wheel. I saw her swear off decadence.
I saw her start to pray. You see, I was so beautiful
the woman sent to clean the street used words
like police tape to keep back a young boy
seconds before he rounded the grisly bumper.

The woman who cordoned the area feared my memory
would fly him through the world on pinions of passion
much as, later, the sight of my awful beauty pulled her down
to tears when she pooled my blood with water
and swiftly, swiftly washed my stains away. 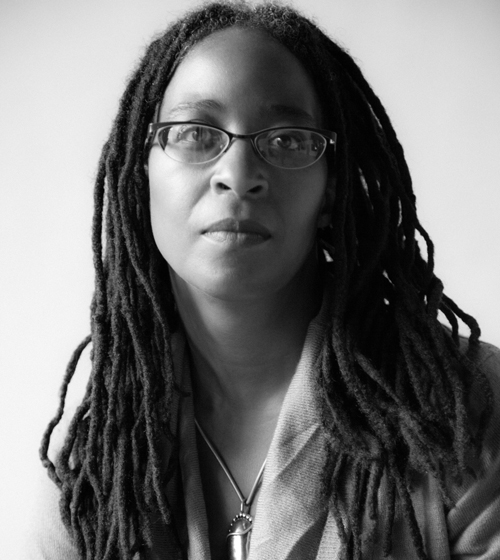 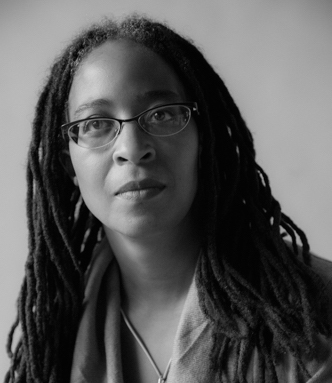 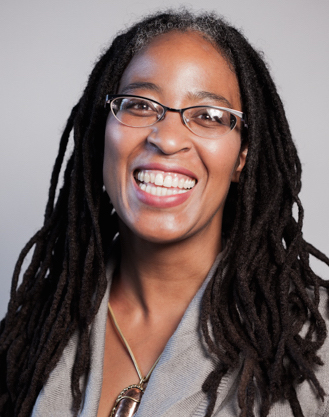