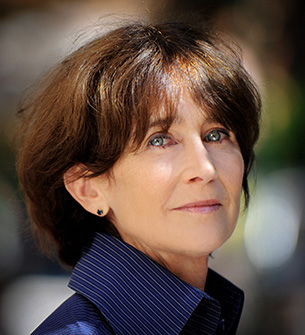 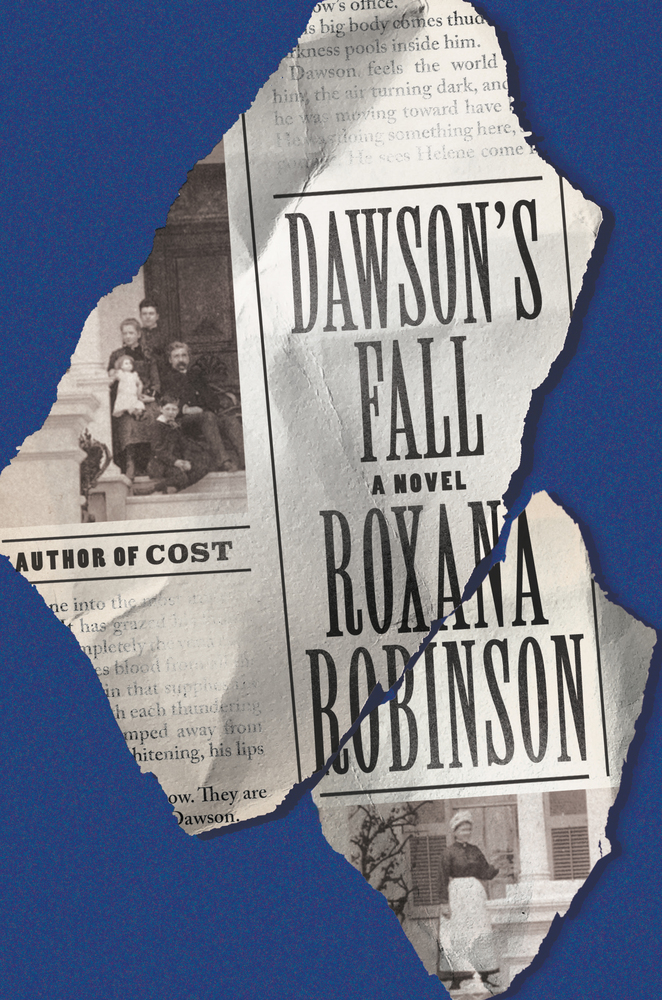 “[Robinson] has crept into corners of human experience [that] each of us is terrified to approach … the implacable tragedies that shred our sense of how the world should work.” —Ron Charles

Known for exploring the complexity of familial bonds and fault lines, Roxana Robinson is the author of six novels: Dawson’s Fall (2019), Sparta (2013), Cost (2009), Sweetwater (2003), This is My Daughter (1998), and Summer Light (1987). Cost was recognized as a National Book Critics Circle Recommended Reads, The New York Times Editors’ Choice, and The Washington Post Five Best Fiction Books of the Year. In her recent suspenseful novel Sparta, Robinson explores the fissures between military experience and civilian life through a portrait of a returning veteran, and the costs of war. In 2014, Robinson received the Marine Corps’ James Webb Award for Distinguished Fiction for Sparta. Sparta was also shortlisted for the 2015 International IMPAC Dublin Literary Award.

Robinson has three collections of short stories: A Perfect Stranger and Other Stories (2006), Asking for Love (1996), A Glimpse of Scarlet and Other Stories (1991), as well as an award-winning biography, Georgia O’Keeffe: A Life (1989). Her work has been widely anthologized, broadcasted on NPR, and has appeared in The New Yorker, The Atlantic, Harper’s, The Wall Street Journal, The Boston Globe, Vogue, One Story, Best American Short Stories, and elsewhere. She has received fellowships from the Guggenheim Foundation, the National Endowment for the Arts, and The MacDowell Colony. She has also been elected as President of the Authors Guild.

Robinson has also has written widely on American art and issues pertaining to ecology and the environment. As a biographer and scholar of nineteenth and early twentieth century American art, Robinson has had articles in Arts, ARTnews, and Art & Antiques as well as in exhibition catalogs for the Metropolitan Museum of Art, the Katonah Museum of Art, and other institutions. She is also a gardener and garden writer, and her essays in this field have appeared in Horticulture, House and Garden, House Beautiful, and Fine Gardening.

After growing up in New Hope, Pennsylvania, Robinson attended Bennington College and received a B.A. degree in English Literature from the University of Michigan. In 2015, she received the inaugural Rosati Visiting Writer Fellowship at the David Rubinstein Library at Duke University. She has taught at the University of Houston and Wesleyan University, and is currently teaching in the MFA Program at Hunter College, CUNY.

Roxana Robinson is the author of Dawson’s Fall, four earlier novels including Sparta, three story collections, and the biography, Georgia O’Keeffe: A Life. Four of these were New York Times Notable Books. Robinson’s work has appeared in The New Yorker, The Atlantic, Harper’s, BASS, and elsewhere. She was  named a Literary Lion by the NYPL, was a finalist for the NBCC Balakian Award, and has received fellowships from the NEA, the MacDowell Colony and the Guggenheim Foundation. She is the President of the Authors Guild.

In Dawson’s Fall, a novel based on the lives of Roxana Robinson’s great-grandparents, we see America at its most fragile, fraught, and malleable. Set in 1889, in Charleston, South Carolina, Robinson’s tale weaves her family’s journal entries and letters with a novelist’s narrative grace, and spans the life of her tragic hero, Frank Dawson, as he attempts to navigate the country’s new political, social, and moral landscape. Dawson, a man of fierce opinions, came to this country as a young Englishman to fight for the Confederacy in a war he understood as a conflict over states’ rights. He later became the editor of the Charleston News and Courier, finding a platform of real influence in the editorial column and emerging as a voice of the New South. With his wife and two children, he tried to lead a life that adhered to his staunch principles: equal rights, rule of law, and nonviolence, unswayed by the caprices of popular opinion. But he couldn’t control the political whims of his readers. As he wrangled diligently in his columns with questions of citizenship, equality, justice, and slavery, his newspaper rapidly lost readership, and he was plagued by financial worries. Nor could Dawson control the whims of the heart: his Swiss governess became embroiled in a tense affair with a drunkard doctor, which threatened to stain his family’s reputation. In the end, Dawson—a man in many ways representative of the country at this time—was felled by the very violence he vehemently opposed.

“One of the many strengths of this engaging story is that Robinson doesn’t treat post-traumatic stress disorder with that nifty abbreviation, PTSD, neatly buttoning it in place. Instead, she shows us a more insidious, layered and complex mix of debilitating psychological wounds…” —Ron Carlson

Conrad Farrell has no family military heritage, but as a classics major at Williams College, he has encountered the powerful appeal of the Marine Corps ethic. “Semper Fidelis” comes straight from the ancient world, from Sparta, where every citizen doubled as a full-time soldier. When Conrad graduates, he joins the Marines to continue a long tradition of honor, courage, and commitment. As Sparta begins, Conrad has just returned home to Katonah, New York, after four years in Iraq, and he’s beginning to learn that something has changed in his landscape. Something has gone wrong, though things should be fine: he hasn’t been shot or wounded; he’s never had psychological troubles. But as he attempts to reconnect with his family and his girlfriend and to find his footing in the civilian world, he learns how hard it is to return to the people and places he used to love. His life becomes increasingly difficult to negotiate: he can’t imagine his future, can’t recover his past, and can’t bring himself to occupy his present. As weeks turn into months, Conrad feels himself trapped in a life that’s constrictive and incomprehensible, and he fears that his growing rage will have irreparable consequences. Suspenseful, compassionate, and perceptive, Sparta captures the nuances of the unique estrangement that modern soldiers face as they attempt to rejoin the society they’ve fought for. 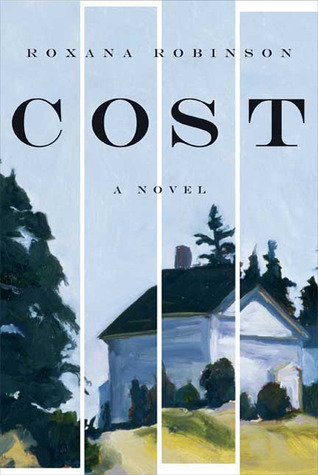 Julia Lambert, an artist, is spending the summer in her old Maine farmhouse. During a visit from her elderly parents, she hopes to mend complicated relationships with her domineering father, a retired neurosurgeon, and her gentle mother, who is descending into the fog of Alzheimer’s. But a shattering revelation intrudes: Julia’s son, Jack, has spiraled into heroin addiction. In her attempts to save him, Julia marshals help from her loosely knit clan, but Jack’s addiction courses through the family with a devastating energy, sweeping them all into a world of confusion, fear, and obsession. In Cost, Roxana Robinson applies her “trademark gifts as an intelligent, sensitive analyst of family life” and creates a “warmly human and deeply satisfying book, marking a new level of ambition and achievement for this talented author.” 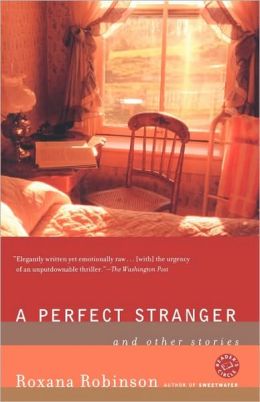 A Perfect Stranger and Other Stories

In Roxana Robinson’s lucid and elegant prose, her characters’ inner worlds open up to us, revealing private emotional cores that are familiar in their needs, their secrets, and their longings. These people tell us the truth not only about themselves, their relationships, and their lives, but about ourselves as well. A Perfect Stranger powerfully and affectingly examines the complex, intricate network of experiences that binds us to one another. These stories are tender, raw, lovely, fine, and they reaffirm Roxana Robinson’s place at the forefront of modern literature. 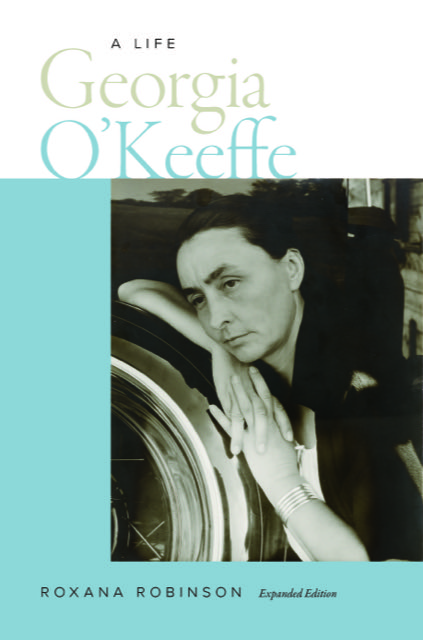 Georgia O’Keeffe is arguably the 20th century’s leading woman artist. Coming of age along with American modernism, her life was rich in intense relationships — with family, friends, and especially noted photographer Alfred Stieglitz. Her struggle between the rigorous demands of love and work resulted in extraordinary accomplishments. Her often-eroticized flowers, bones, stones, skulls, and pelvises became extremely well known to a broad American public. The New York Times Book Review named this richly detailed and moving biography a Notable Book of the Year.

• Tales of History and Imagination – The Wall Street Journal

• Set It Down: PW Talks with Roxana Robinson — Publisher’s Weekly

• Lecture: “The Warrior and the Writer” — USAFA

• Read “Militarizing the Police” by Roxana Robinson – Statement of Record

Conrad had taken his seat and beckoned to Anderson, who was also odd man out, without a seatmate. Anderson had barely moved since Germany; none of them had. The plane was full of sprawling, loose-lipped Marines, lost, gone, dead to the world.

Conrad liked seeing them like this: sleep was like salary, his men were owed. They were infantry grunts, and they’d been seven months on duty without a single day off. They deserved to sleep for months, years, decades. They deserved this long, roaring limbo, this deep absence from the world, from themselves. This plane ride was the floating bridge between where they’d been and where they were going—deployment and the rest of their lives. They deserved these hours of unconsciousness, this gorgeous black free fall. 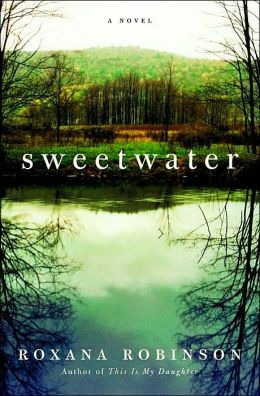 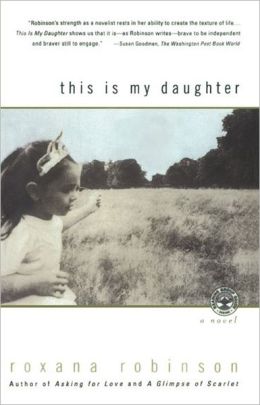 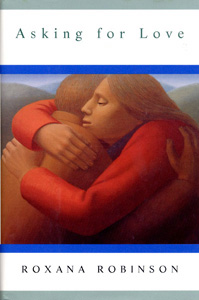 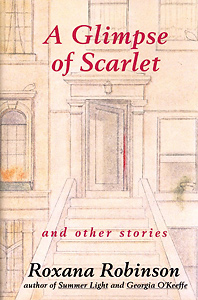 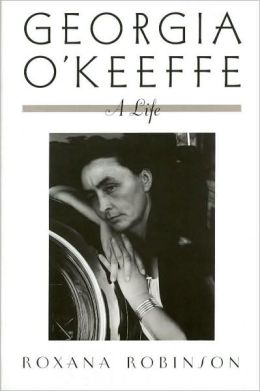 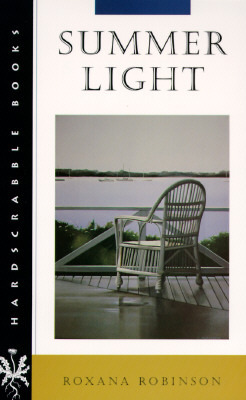 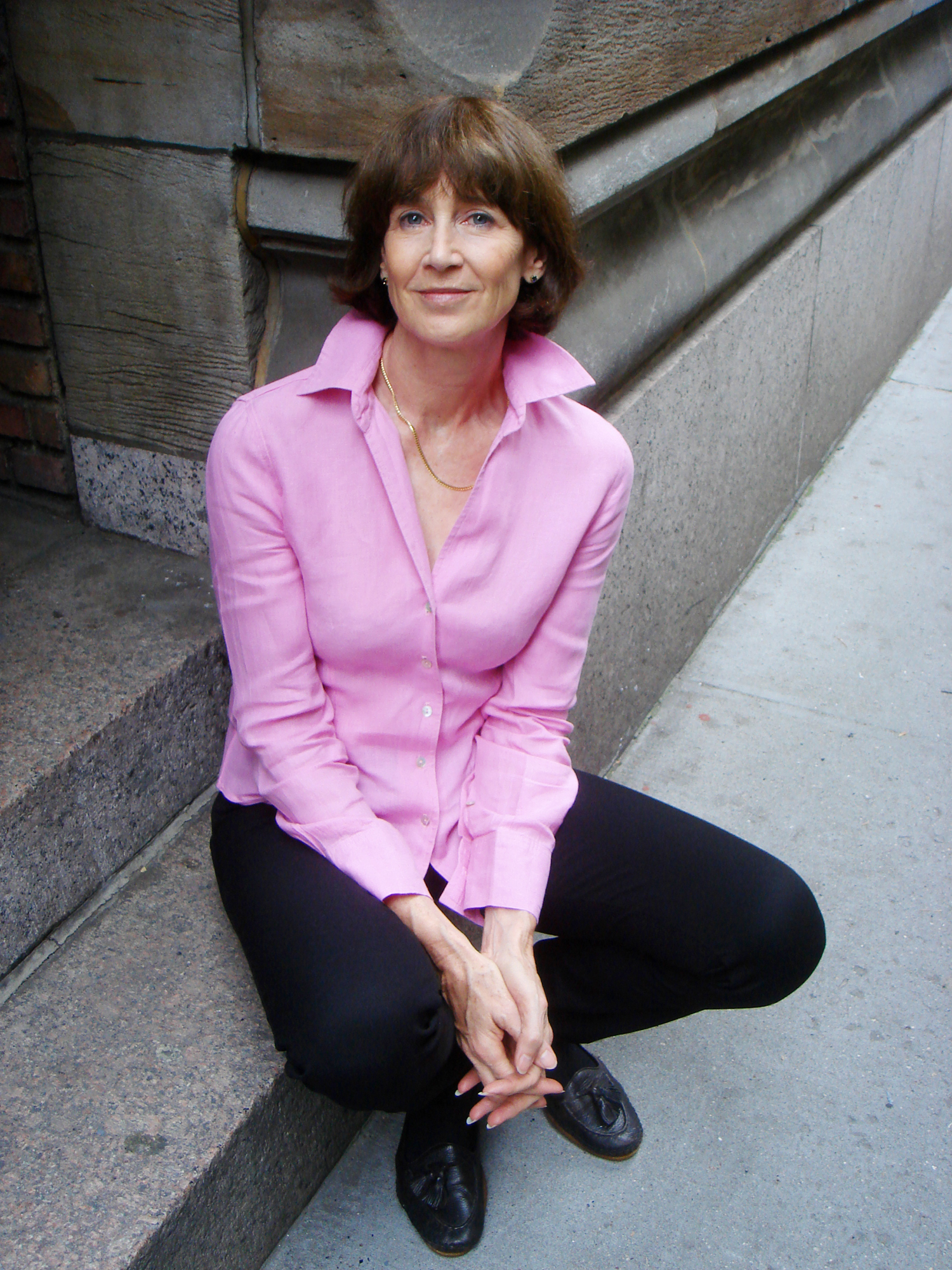 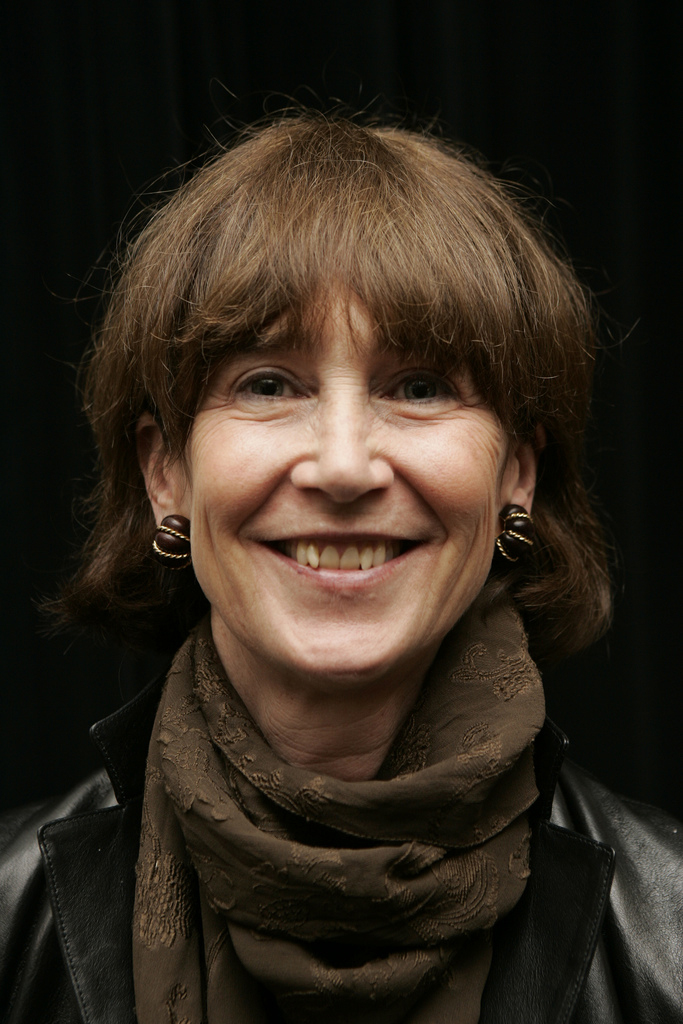