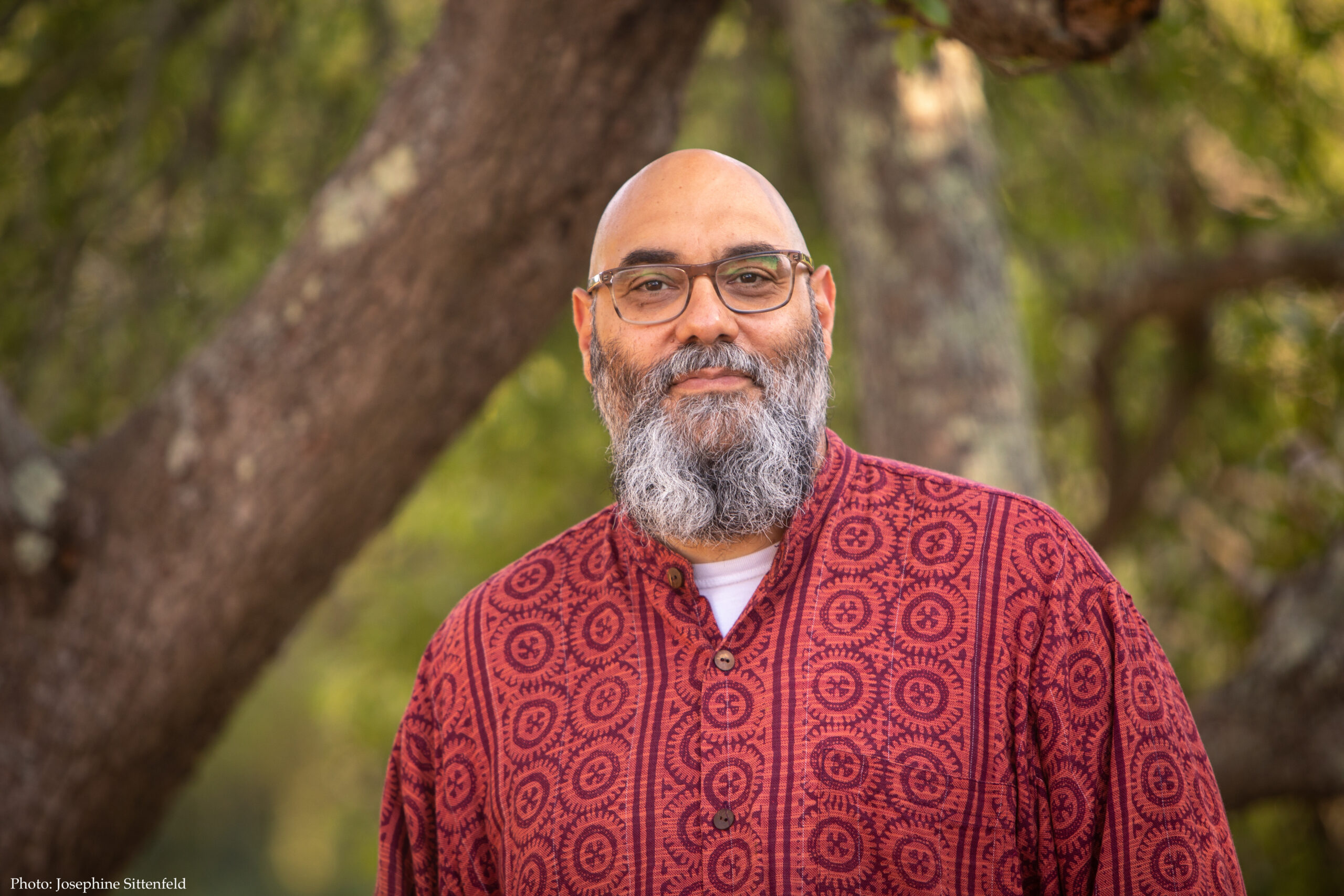 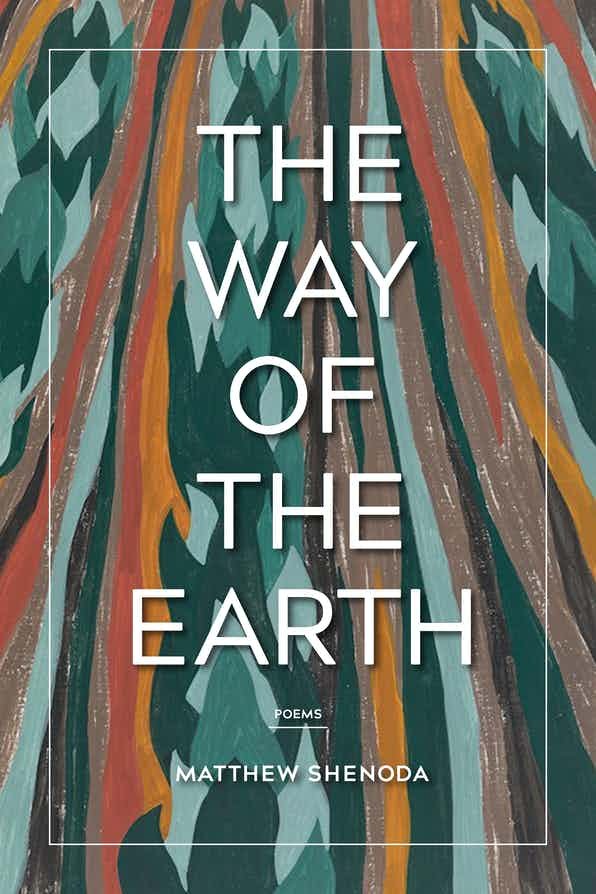 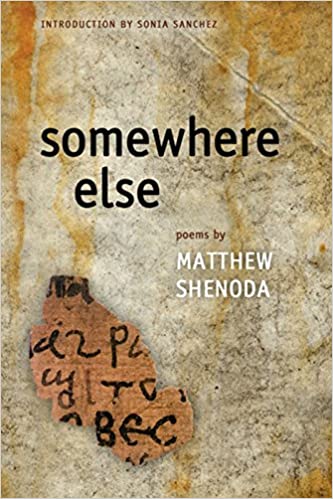 “Through Shenoda’s work, we learn that poetry is both about speaking up and about surviving and as long as we do these things, ‘they just cannot touch us.'” —Ploughshares

“Matthew Shenoda’s poetry will open your mind to another world that exists inside and outside of your own.” –Amiri Baraka

“Each word is a star in our night.” —Juan Felipe Herrera

Matthew Shenoda is the author of Somewhere Else (Coffee House Press, 2005), which was named one of 2005’s debut books of the year by Poets & Writers Magazine and was the winner of a 2006 American Book Award; Seasons of Lotus, Seasons of Bone (BOA Editions, 2009); and Tahrir Suite: Poems (Northwestern University Press), winner of the 2015 Arab American Book Award.

Shenoda’s latest book The Way of the Earth (Northwestern University Press, 2022), is a lyrical collection examining the quotidian beauty that surrounds us despite deep loss and the climate crisis. About the work, Dorianne Laux said: “These poems meditate on fragments of memory that make up life. A door is cracked, a window, letting in the whole of the world where ‘all the ways of knowing have never added up to a single whole. A birdcall is a birdcall.’ In moments that recall the loss of a child and ask us to witness grief, we are also asked to find a way beyond pain. These poems are prayers against sorrow, and as Shenoda writes they are what might lead us, even if only for a moment, to the sacred.”

He is the editor of Duppy Conqueror: New & Selected Poems by Kwame Dawes. Alonside Dawes, Shenoda is also the editor of Bearden’s Odyssey: Poets Respond to the Art of Romare Bearden (Northwestern University Press, 2017). Shenoda’s poems and essays have appeared in a variety of newspapers, journals, radio programs and anthologies. He is a founding editor of the African Poetry Book Fund and African Poetry Book Series.

Shenoda began his teaching career in the College of Ethnic Studies at San Francisco State University where he taught for nearly a decade and has since held several faculty and administrative positions at various institutions. Shenoda is currently Professor and Chair of the Department of Literary Arts at Brown University.

Matthew Shenoda is the author of several books, including Tahrir Suite: Poems, winner of the 2015 Arab American Book Award; and, most recently, The Way of the Earth. He is the editor, with Kwame Dawes, of Bearden’s Odyssey: Poets Respond to the Art of Romare Bearden, and a founding editor of the African Poetry Book Fund. Shenoda is currently Professor and Chair of the Department of Literary Arts at Brown University.

The Way of the Earth

The Way of the Earth is the fourth collection from award-winning poet Matthew Shenoda. In this, his most personal collection to date, he explores the temporal and fleeting nature of human life and the earth we inhabit. Through ruminations on the intersections of culture and ecology, the death of loved ones, and the growing inequities in our midst, Shenoda explores what it means to be a person both grounded to the earth and with a yearning beyond it. Memories of landscapes and histories echo throughout the sensations of the present: the sight of egrets wading in the marshes, the smell of the ocean, a child’s hand nestled in a warm palm. “Time never goes back,” Shenoda writes, “but the imagination must.” 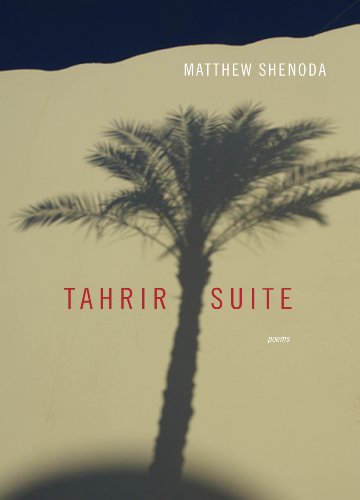 Tahrir Suite is a book-length poem that contemplates immigration, homeland, and diaspora in the twenty-first century. The poem, inspired by recent events in Egypt, cycles through the journey of two Egyptians moving across borders, languages, cultures, landscapes, and political systems while their life in the U.S. diaspora evolves and their home country undergoes revolutionary change.

Written from a perspective and about a place that is virtually unexplored in contemporary American poetry, Tahrir Suite works to capture the complicated essence of what it means to be from a specific place that is experiencing such radical change and how our understandings of “home” and “place” constantly evolve. Tahrir Suite is a musical meditation on what it means to be a global citizen in contemporary times. 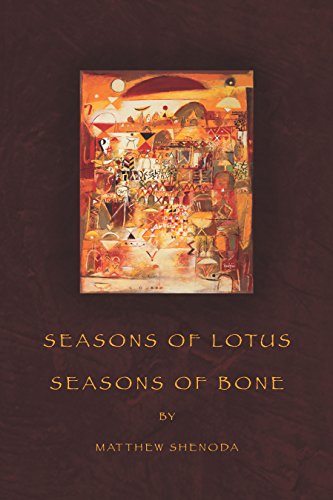 Weaving narratives of ancient and contemporary Egypt while exploring ecological shifts of the Nile Valley, Matthew Shenoda is a voice at the crossroads of the African continent and its diasporas. Amiri Baraka says, “Matthew Shenoda’s poetry will open your mind to another world that exists inside and outside of your own.” Winner of the 2006 American Book Award for his debut collection, Somewhere Else, Shenoda is a younger poet with his eyes set on the larger issues of history, politics, and culture.

From the river Nile to the teeming streets of Cairo, from the indigenous, pre-Islamic Egyptian Coptic civilization to an America struggling with its fear of the Arab world, Shenoda’s poems recall the sacred traditions of an ancient, enduring culture as they widen the political conversation surrounding ethnicity, pan-Africanism and pan-Arabism. This notable collection spans generational, political and cultural divides, providing a nuanced perspective virtually unknown in the West.

• Poetry as a Counter-Narrative Window into Understanding – Egypt Migrations

• An Interview with Matthew Shenoda – The Fight & The Fiddle

• Read “An Afternoon in July” – The Yale Review

A Prayer for My People

That one day
we will wish
to be nothing more
than what we are.

That we will see
within ourselves
the liberation of nations, of concrete.

That we will understand
the inevitability
in the lines of our hands.

That the fire of my sister’s spirit
will consume our enemies
& burn our streets clean.

That we should learn to walk
with wounded feet

That our eyes must be liberated
from their granite

That we may understand this false constructed world & know:

Holy things
Do not die! 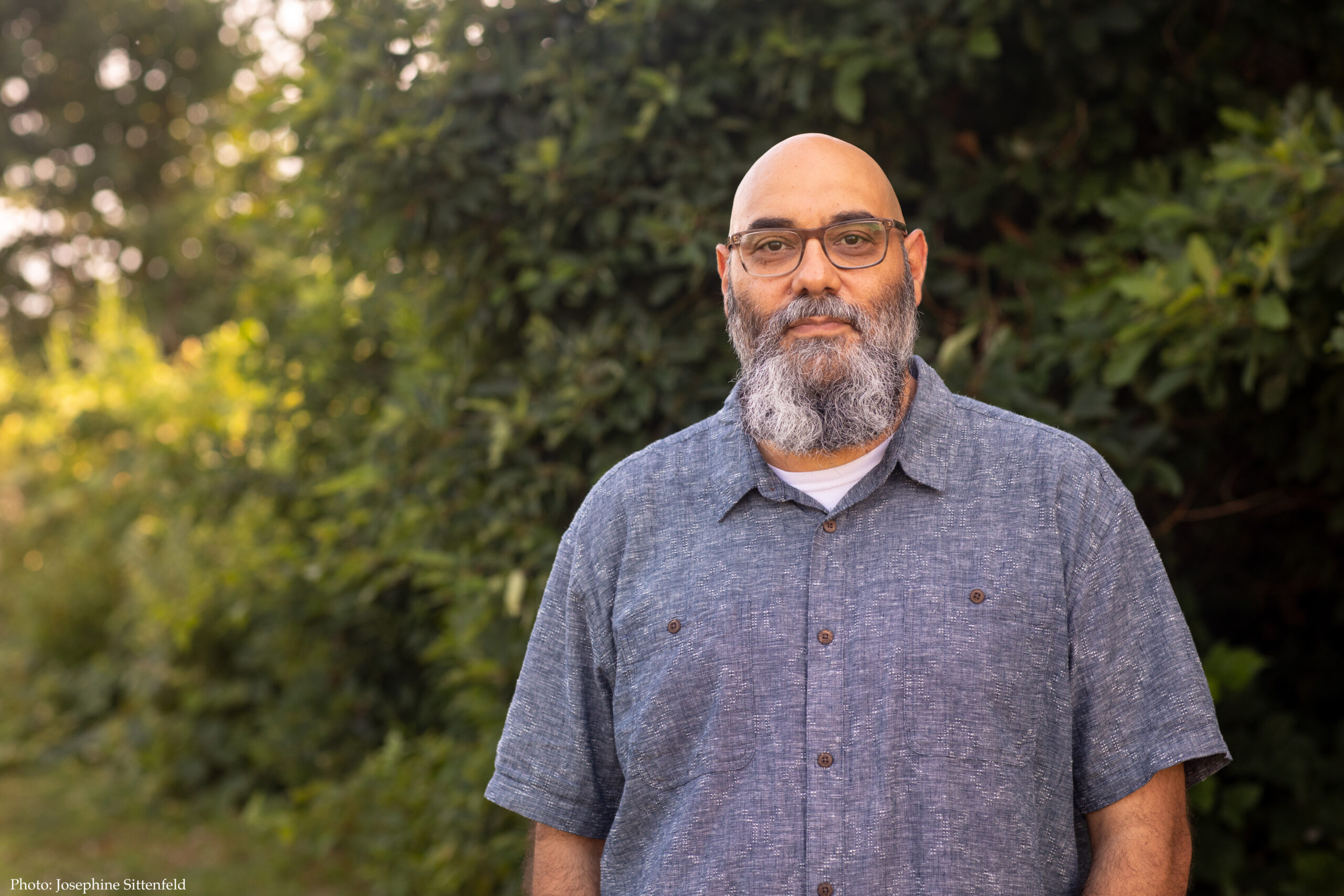 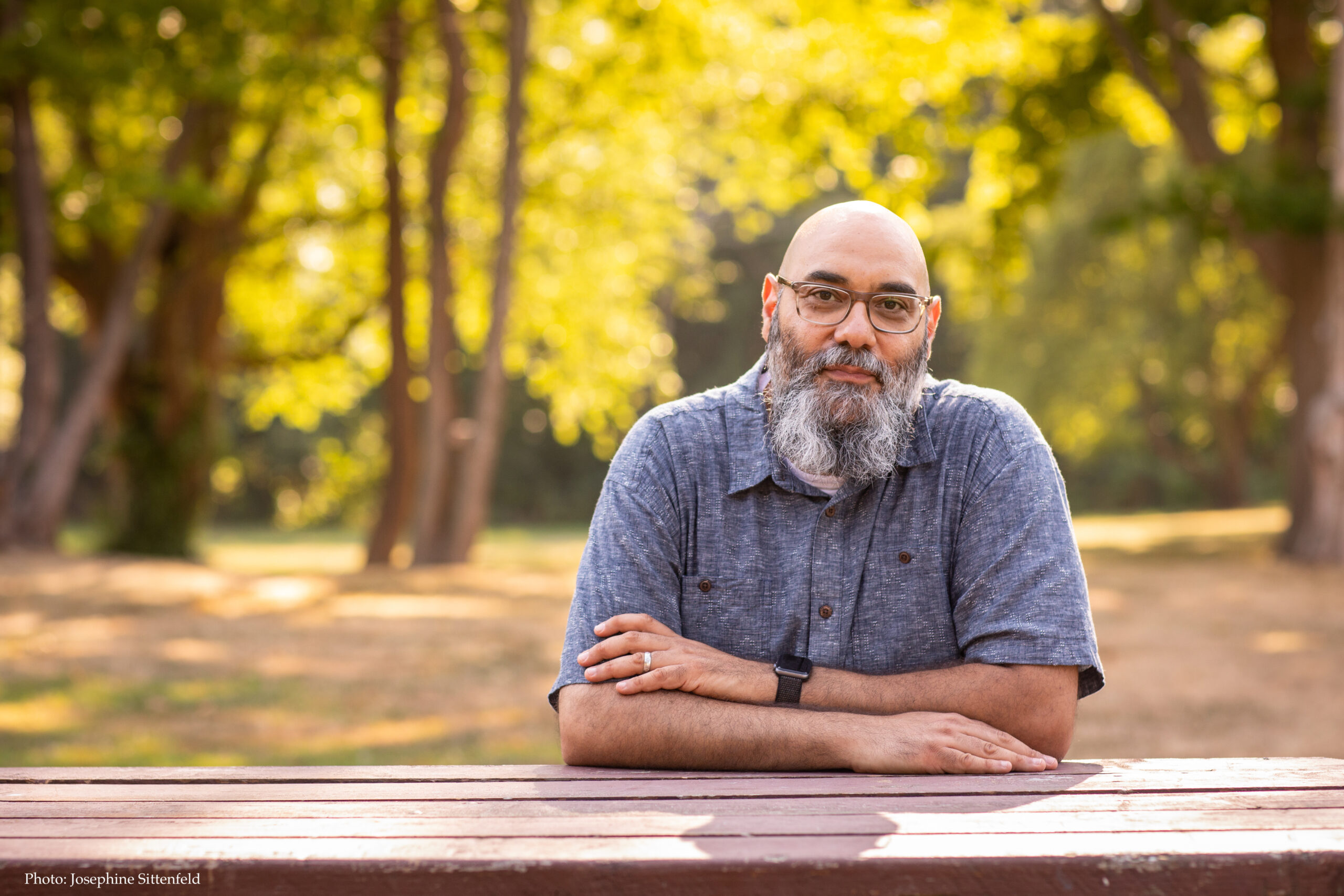 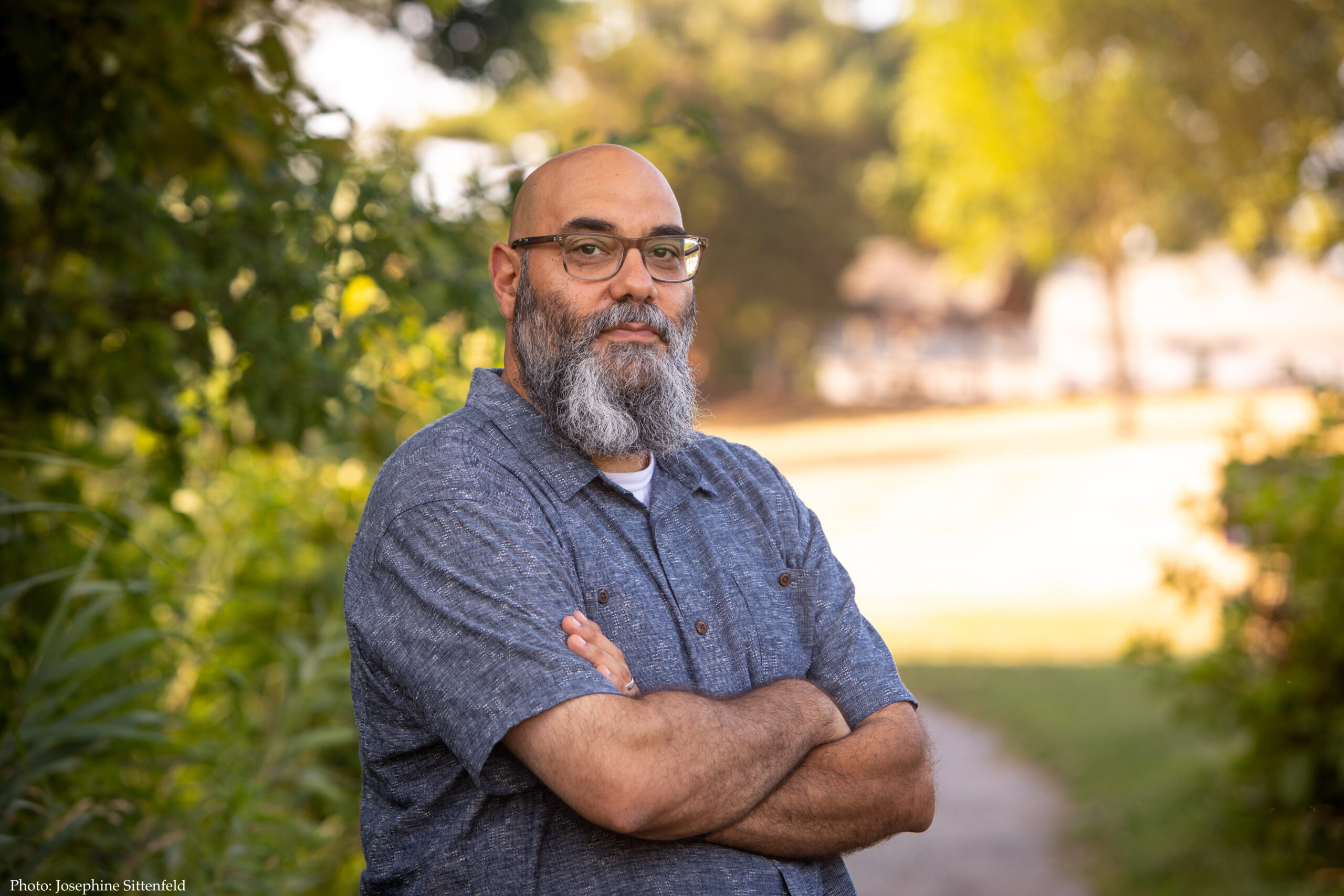