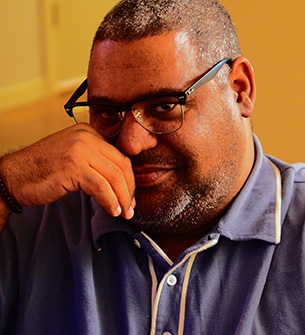 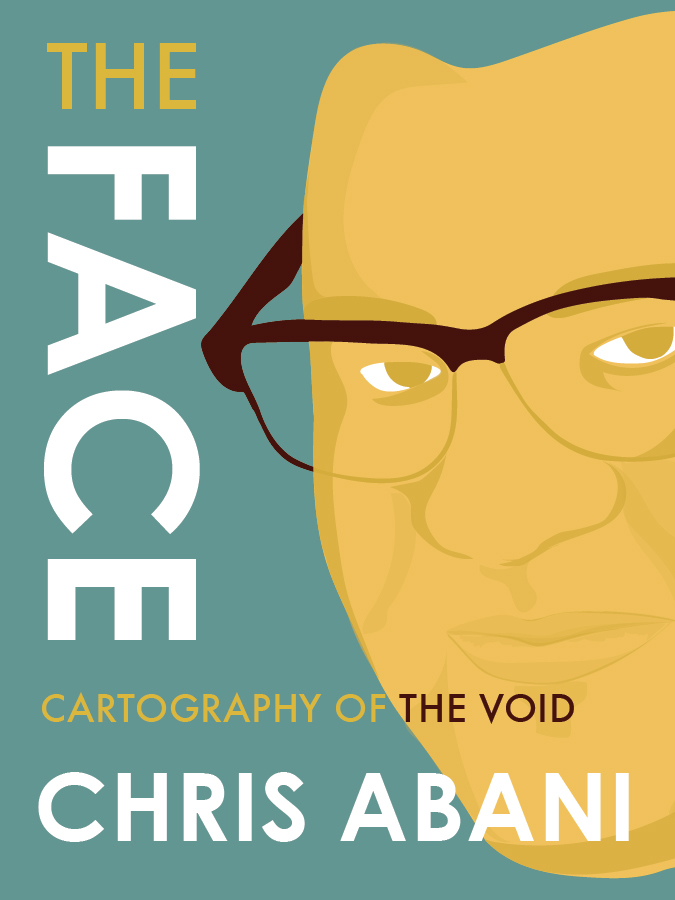 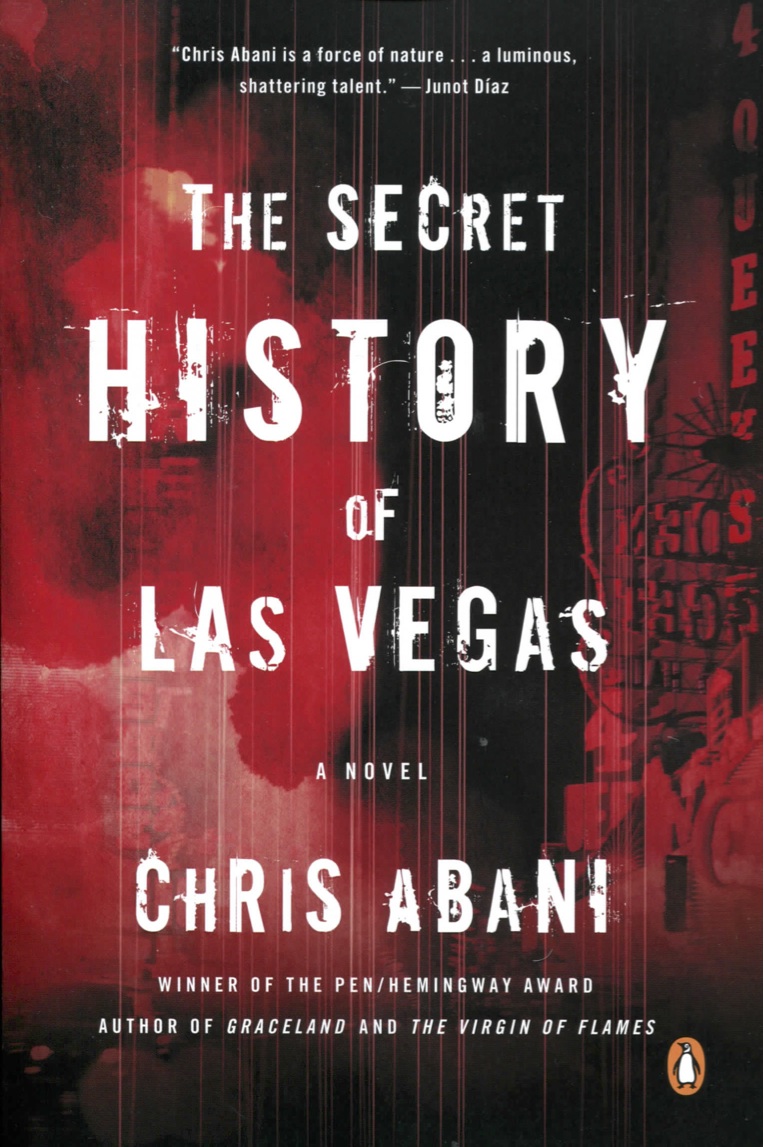 “Chris Abani might be the most courageous writer working right now. There is no subject matter he finds daunting, no challenge he fears. Aside from that, he writes like an angel. If you want to get at the molten heart of contemporary fiction, Abani is the starting point.”—Dave Eggers

“Abani is a force to be reckoned with, a world-class novelist and poet.”—Russell Banks

“Abani ranks among our most incendiary and emotionally devastating and important writers.” —Miami Herald

Chris Abani is an acclaimed novelist, poet, essayist, screenwriter, and playwright. Born in Nigeria to an Igbo father and English mother, he grew up in Afikpo, Nigeria, received a BA in English from Imo State University, Nigeria, an MA in English, Gender, and Culture from Birkbeck College, University of London, and a PhD in Literature and Creative Writing from the University of Southern California. He has resided in the United States since 2001.

Through his TED Talks, public speaking, and essays, Abani is known as an international voice on humanitarianism, art, ethics, and our shared political responsibility. His critical and personal essays have been featured in books on art and photography, as well as Witness, Parkett, The New York Times, O Magazine, and Bomb.

He is the recipient of a Guggenheim Fellowship, the PEN/Hemingway Award for Graceland, the PEN Beyond the Margins Award, the Hurston Wright Award, and a Lannan Literary Fellowship, among many honors. His work has been translated into French, Italian, Spanish, German, Swedish, Romanian, Hebrew, Macedonian, Ukrainian, Portuguese, Dutch, Bosnian, and Serbian.

Abani is currently a Board of Trustees Professor of English at Northwestern University. He lives in Chicago.

Chris Abani’s books of fiction include The Secret History of Las Vegas, Song For Night, The Virgin of Flames, Becoming Abigail, Graceland, and Masters of the Board. His poetry collections are Sanctificum, There Are No Names for Red, Feed Me The Sun: Collected Long Poems, Hands Washing Water, Dog Woman, Daphne’s Lot, and Kalakuta Republic. He is the recipient of a Guggenheim Fellowship, the PEN/Hemingway Award, the PEN Beyond the Margins Award, the Hurston Wright Award, and a Lannan Literary Fellowship, among many honors. His work has been translated into French, Italian, Spanish, German, Swedish, Romanian, Hebrew, Macedonian, Ukrainian, Portuguese, Dutch, Bosnian, and Serbian.

The Face: Cartography of the Void

In The Face: Cartography of the Void, acclaimed poet, novelist, and screenwriter Chris Abani has given us a brief memoir that is, in the best tradition of the genre, also an exploration of the very nature of identity. Abani meditates on his own face, beginning with his early childhood that was immersed in the Igbo culture of West Africa. The Face is a lush work of art that teems with original and profound insights into the role of race, culture, and language in fashioning our sense of self. Abani’s writing is poetic, filled with stories, jokes, and reflections that draw readers into his fold; he invites them to explore their own “faces” and the experiences that have shaped them. As Abani so lovingly puts it, this extended essay contemplates “all the people who have touched my face, slapped it, punched it, kissed it, washed it, shaved it. All of that human contact must leave some trace, some of the need and anger that motivated that touch. This face is softened by it all. Made supple by all the wonder it has beheld, all the kindness, all the generosity of life. The Face is a gift to be read, re-read, shared, and treasured, from an author at the height of his artistic powers. Abani directs his gaze both inward and out toward the world around him, creating a self-portrait in which readers will also see their own faces reflected.

The Secret History of Las Vegas

“[I]n this grim but beautifully written tale, Abani creates vivid metaphors not just with his characters, but also with a drowned town emerging from the waters of Lake Mead, a ghost town that hosts the Carnival of Lost Souls, and the city of Las Vegas, which celebrates the dark, the hidden and the grotesque.”—Kirkus  (starred review)

Before he can retire, Las Vegas detective Salazar is determined to solve a recent spate of murders. When he encounters a pair of conjoined twins with a container of blood near their car, he’s sure he has apprehended the killers, and enlists the help of Dr. Sunil Singh, a South African transplant who specializes in the study of psychopaths. As Sunil tries to crack the twins, the implications of his research grow darker. Haunted by his betrayal of loved ones back home during apartheid, he seeks solace in the love of Asia, a prostitute with hopes of escaping that life. But Sunil’s own troubled past is fast on his heels in the form of a would-be assassin. Suspenseful through the last page, The Secret History of Las Vegas is Chris Abani’s most accomplished work to date, with his trademark visionary prose and a striking compassion for the inner lives of outsiders.

“Abani explores place and humor, exile and freedom with poems of experience and imagination. He enters the wound with a boldness that avoids nothing.” —Library Journal

A self-described “zealot of optimism,”poet and novelist Chris Abani bravely travels into the charged intersections of atrocity and love, politics and religion, loss and renewal. In poems of devastating beauty, he investigates complex personal history, family, and romantic love. Sanctificum, Abani’s fifth collection of poetry, is his most personal and ambitious book. Utilizing religious ritual, the Nigerian Igbo language, and reggae rhythms, Abani creates a post-racial, liturgical love song that covers the globe from Abuja to Los Angeles. 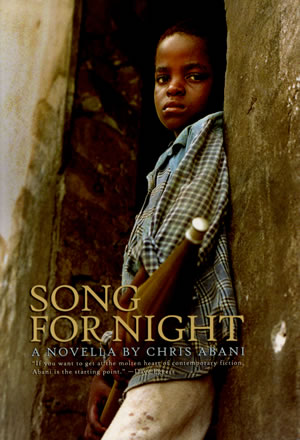 “Not since Jerzy Kosinski’s The Painted Bird or Agota Kristof’s Notebook Trilogy has there been such a harrowing novel about what it’s like to be a young person in a war. That Chris Abani is able to find humanity, mercy, and even, yes, forgiveness, amid such devastation is something of a miracle.” —Rebecca Brown

Part Inferno, part Paradise Lost, and part Sunjiata epic, Song for Night is the story of a West African boy soldier’s lyrical, terrifying, yet beautiful journey through the nightmare landscape of a brutal war in search of his lost platoon. The reader is led by the voiceless protagonist who, as part of a land mine-clearing platoon, had his vocal chords cut, a move to keep these children from screaming when blown up, and thereby distracting the other minesweepers. The book is written in a ghostly voice, with each chapter headed by a line of the unique sign language these children invented. This book is unlike anything else ever written about an African war. 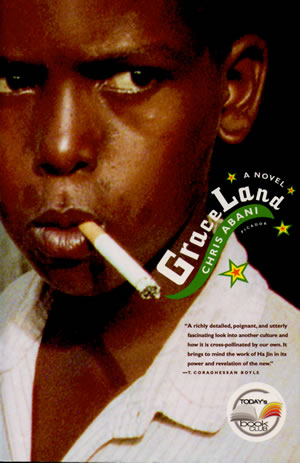 “Graceland is a kind of small miracle.” —The Atlanta Journal-Constitution

The sprawling, swampy, cacophonous city of Lagos, Nigeria, provides the backdrop to the story of Elvis, a teenage Elvis impersonator hoping to make his way out of the ghetto. Broke, beset by floods, and beatings by his alcoholic father, and with no job opportunities in sight, Elvis is tempted by a life of crime. Thus begins his odyssey into the dangerous underworld of Lagos, guided by his friend Redemption and accompanied by a restless hybrid of voices including The King of Beggars, Sunday, Innocent and Comfort. Young Elvis, drenched in reggae and jazz, and besotted with American film heroes and images, must find his way to a GraceLand of his own. Nuanced, lyrical, and pitch perfect, Abani has created a remarkable story of a son and his father, and an examination of postcolonial Nigeria where the trappings of American culture reign supreme.

• On Tenderness, Baldwin, And Trying To Write About The Refugee Experience – LitHub

• Review of The Secret History of Las Vegas — The New Inquiry

• Interview on The Secret History of Las Vegas — The Rumpus

• Interview: ‘The middle-class view of Africa is a problem’ – The Guardian

• Review of The Secret History of Las Vegas — LA Times

THRESHOLD
BROTHER: You’re writing an essay on your face?
ME: Yep. Book length.
BROTHER: [Pause.] So a short book, then?

A SLOW VIOLENCE
There are no easy ways to speak these words. No way to honor love and truth without something getting lost in translation. It is made even more complex when one party is dead, silent to this world. And how do you tell a story that is commonplace and felt by all without giving in to sentimentality? But the thing is that, in the end, we must decide how comfortable we are with how much we hurt other people.

ORIENTATION
This essay is not just an exploration of my physical face: it is about the face we all identify with. It is about more than just what flesh covers my bone structure. It is about reflection, too. What we see or want to see in the mirror.
Biologically my face is a mix of two races. of two cultures, of lineages. One white–English, perhaps a mix of Celt and Anglo-Saxons.My maternal grandmother’s lineage was Strong, first held by a family in Somerset that predate the Norman Conquest. Strong of course referred to a person who displayed those characteristics in some way–physical, mental, even by way of dress, as in dressing for strength, which might have included armor in the past, or style in the present. In the Old High German it was Streng, which is related to String. A line, a connection, lineage. On my maternal grandfather’s side, it is Hunt–from hunta, which is a hunter. They came from Shropshire and agin predate the Norman Conquest. Strong Hunt, Hunt Strong.

This hands cannot do.

Even interlaced across a pregnant woman’s stomach, even if the will that webs the fingers desires nothing more than to protect the unborn in her—not even this is sufficient to form a barrier against the flash of light and a cloud that grows not into a mushroom, but rather into a think tree with a dense plume; a tree to shame Odin’s, a tree to make Adam cover the inadequacies of his, a tree even Shiva would stand back from in awe.

A constellation? No, a rogue star, a renegade sun, the very face of awe, and if there are true names for divinity, then that too.

As Selah watched the cloud mushroom up, she wondered if the babies in her womb were lit by the incandescence before her. Had they beheld all this glory? And what would it shape in them when they were born? A penetrating insight into mystery? A desire for a life untinged by the fear of death? Or eyes that see only constellations? Only truth?

It was the hornbill that spoke it.
In the nothing, becoming nothing,
begetting nothing; this is everything.

How does the darkness hide?
In the nothing, becoming nothing,
begetting nothing; this is everything.

The sun is no bigger than a crab.
In the nothing, becoming nothing,
begetting nothing; this is everything.

Hot soup is devoured from the edges.
In the nothing, becoming nothing,
begetting nothing; this is everything.

The blood sign is red; burning like fire.
In the nothing, becoming nothing,
begetting nothing; this is everything.

It has no name; silence is its name.
In the nothing, becoming nothing,
begetting nothing; this is everything. 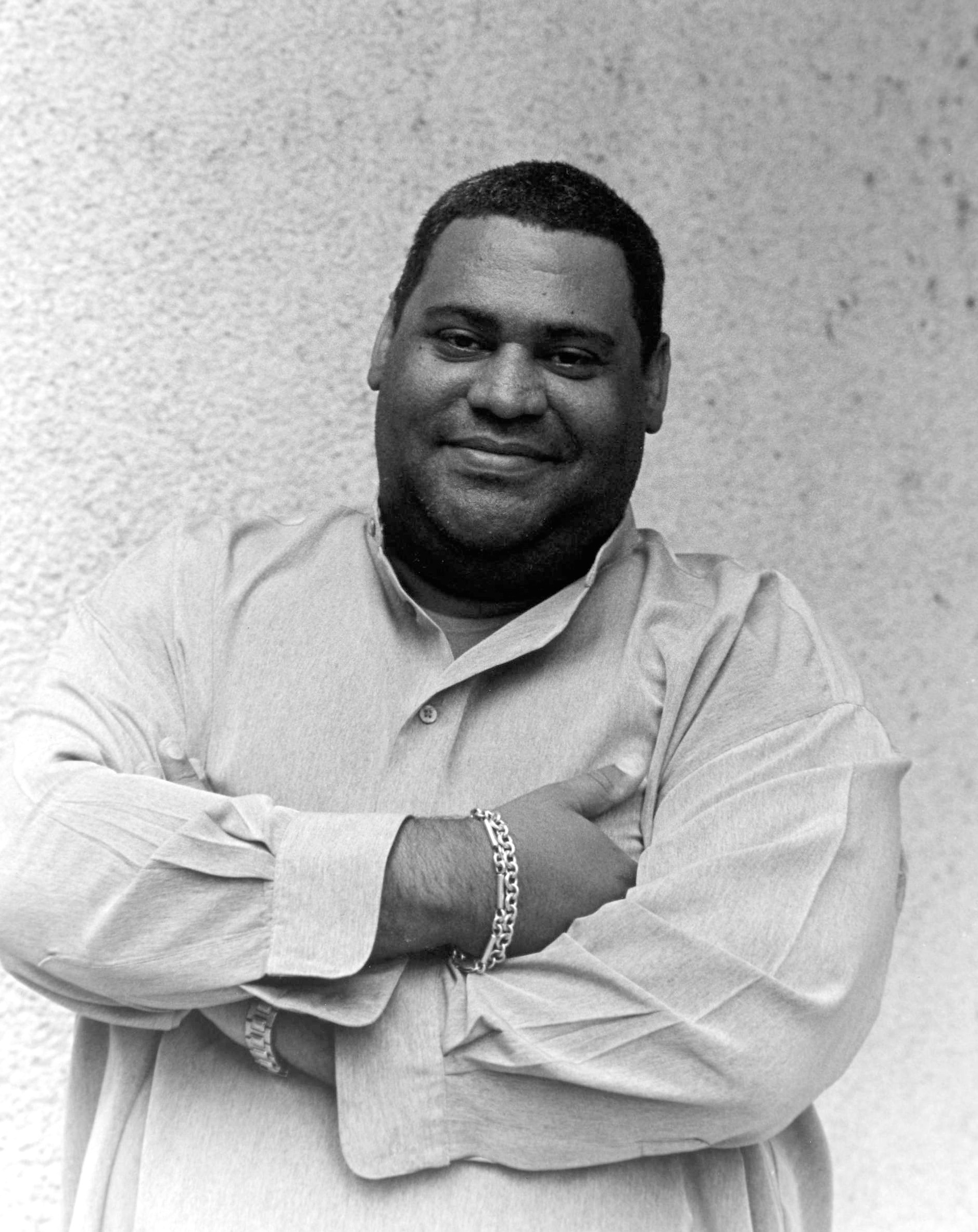 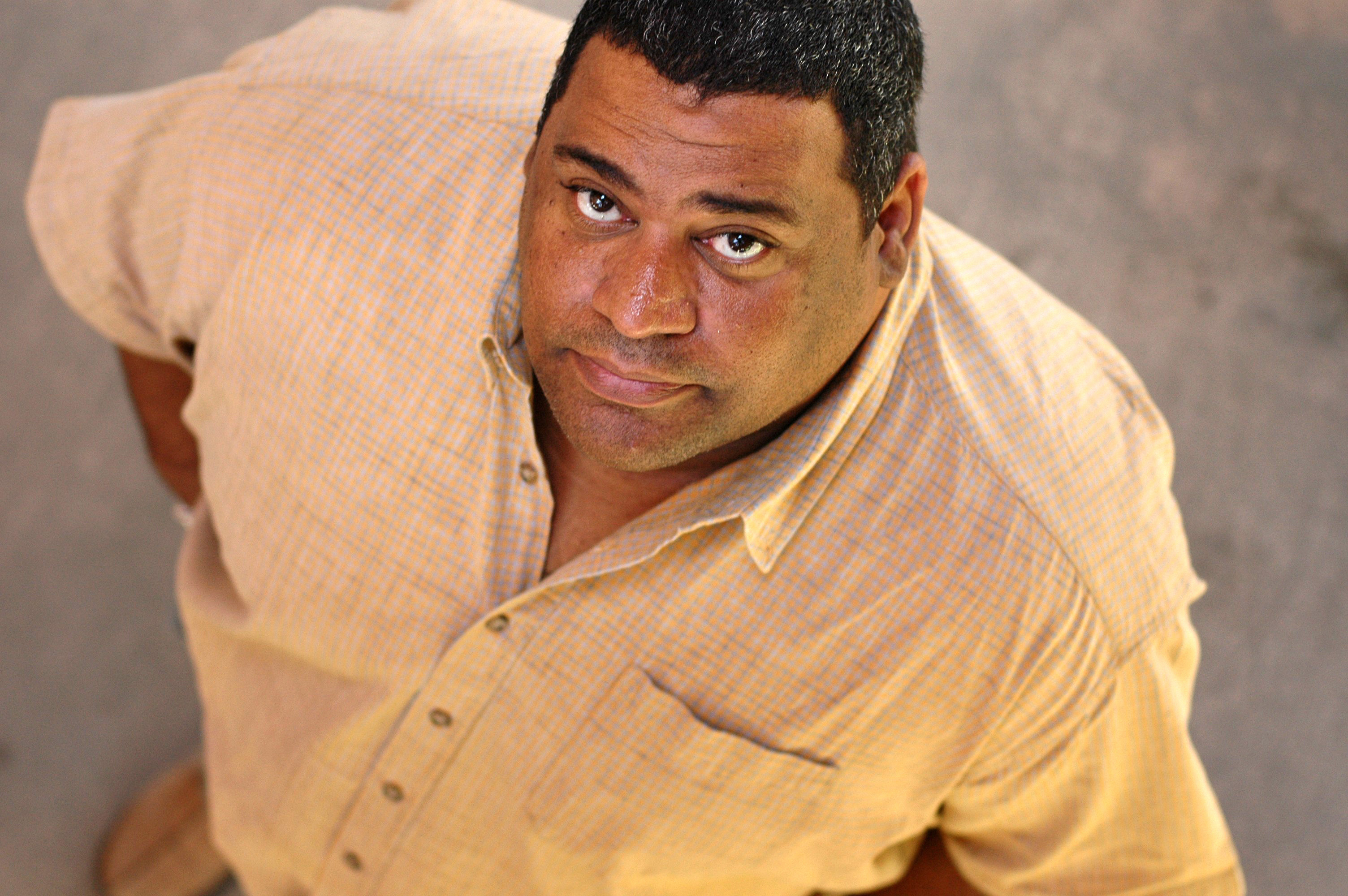