• An Evening with Ladan Osman 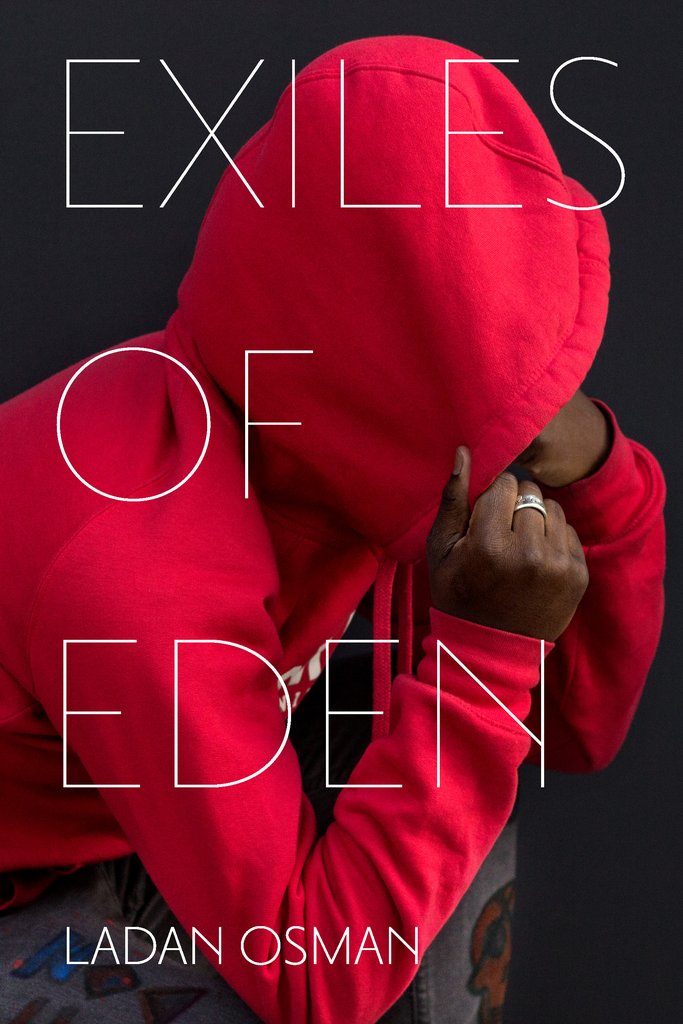 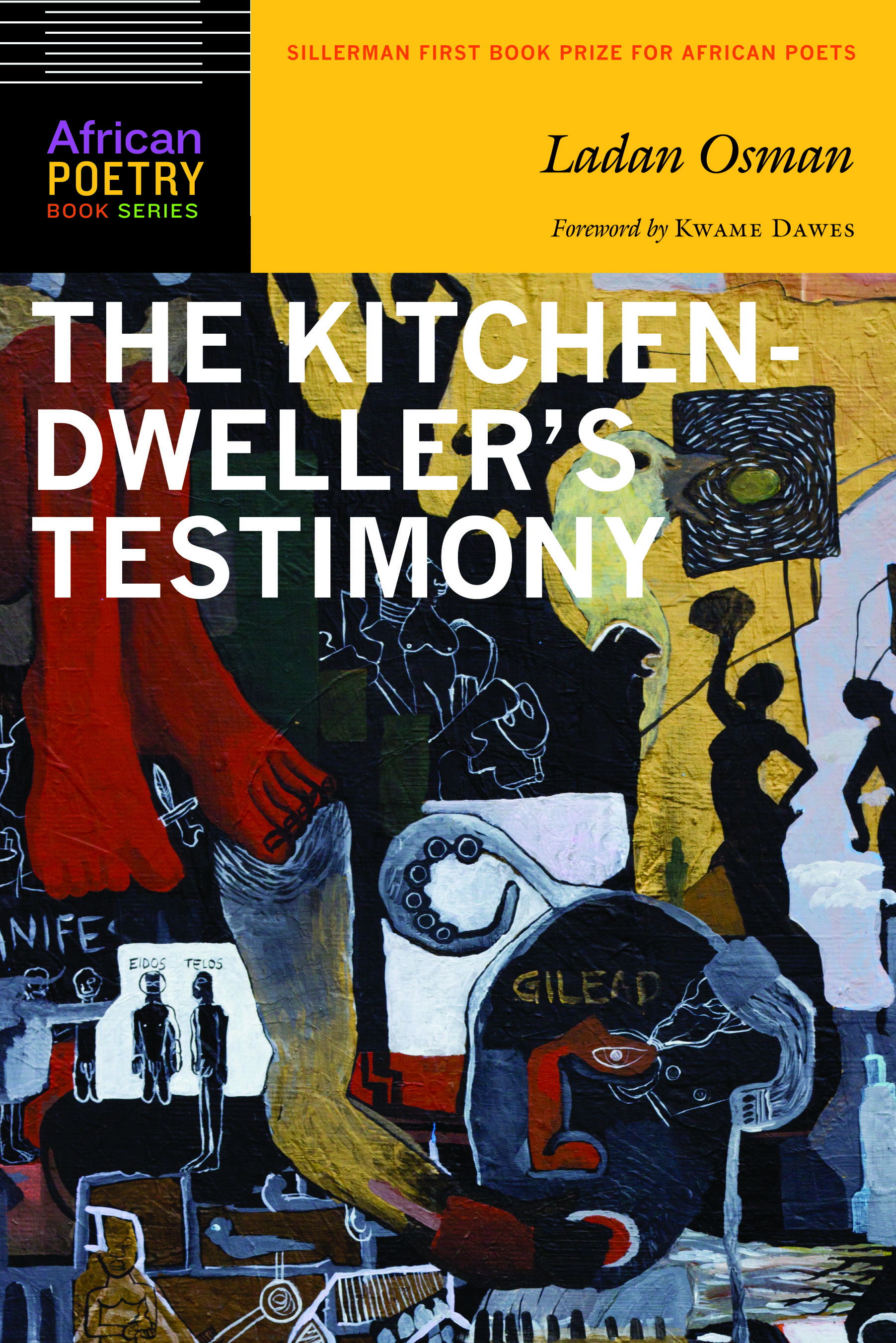 “True visionary poets are very rare. Ladan Osman is one. What she sees is extraordinary, and needful.” –Brigit Pegeen Kelly

“Osman is a worldly and acutely sensitive writer who knows how to reach right through the sequined veil of fashion and put her hand squarely on the reader’s heart, with frank and candid expression, with unaffected wonder.” –Ted Kooser

“Osman is a warrior poet, and she is dangerous because she is especially gifted and disciplined about her craft.” –Kwame Dawes

Somali-born poet and essayist Ladan Osman is the author of Exiles of Eden (Coffee House Press, 2019), a work of poetry, photos, and experimental text, and The Kitchen-Dweller’s Testimony (University of Nebraska Press, 2015), winner of the Sillerman First Book Prize, and the chapbook Ordinary Heaven, which appeared in the box-set Seven New Generation African Poets (Slapering Hol Press, 2014).

Osman’s writing is a lyric and exegetic response to problems of race, gender, displacement, and colonialism. She examines existence in roles where imagination around female ability is limited, in the many spaces where women are so often denied automatic credibility and their logic is assumed fallible. In an interview with PEN Osman said, “I feel responsible for producing the best possible artifacts, for seeking increasing levels of understanding and specificity, for trying to distill and clarify aspects of human experience.” The Kitchen Dweller’s Testimony weaves through internal landscapes of uncertain worlds, at times playful and at times somber, unendingly moving. The Paris Review praised The Kitchen Dweller’s Testimony, recognizing Osman’s harmonizing ability to shift tone, saying: “The language is rich and playful and can be both brutal and transformative—sometimes in the same poem.”

Throughout her writing, Osman is concerned with the question of testimony. Whose testimony is valid? Whose testimony is worth recording? Her essay “On Not Writing” informs a provocative testament to her experiences and dual-identity. She holds a strong commitment to encouraging creative storytelling, and the documentation of it informs her practice.

Her work has appeared in numerous publications and has been translated into over 10 languages. Osman’s writing and photographs have appeared in Columbia Poetry Review, Prairie Schooner, Roar, Rumpus, Transition, and Washington Square Review. She is a contributing culture editor for The Blueshift Journal.

Ladan Osman is a Somali born artist whose work is a lyric and exegetic response to problems of race, gender, displacement, and colonialism. She is the author of Exiles of Eden (Coffee House Press) and The Kitchen-Dweller’s Testimony (2015), winner of a Sillerman First Book Prize. Her most recent collection Exiles of Eden, is a work of poetry, photos, and experimental text. Her work has appeared in Columbia Poetry Review, Prairie Schooner, Roar, Rumpus, among others. Osman’s writing has been translated into over 10 languages. She currently lives in Brooklyn.

EXILES OF EDEN (2019)
Exiles of Eden looks at the origin story of Adam, Eve, and their exile from the Garden of Eden, exploring displacement and alienation from its mythological origins to the present. Steeped in Somali narrative tradition yet formally experimental, Osman’s poems give voice to the experiences and traumas of displaced people over multiple generations. The characters in these poems encounter exile’s strangeness while processing the profoundly isolating experience of knowing that once you are sent out of Eden, you can’t go back.

“The poems in Somali-American poet Ladan Osman’s debut collection, The Kitchen-Dweller’s Testimony, are by turns arguably as good as and even better than watching a film…this book is stunning…immensely satisfying.” –Chicago Tribune

Winner of the Sillerman First Book Prize for African Poets, The Kitchen-Dweller’s Testimony asks: Whose testimony is valid? Whose testimony is worth recording? Osman’s speakers, who are almost always women, assert and reassert in an attempt to establish authority, often through persistent questioning. Specters of race, displacement, and colonialism are often present in her work, providing momentum for speakers to reach beyond their primary, apparent dimensions and better communicate. The Kitchen-Dweller’s Testimony is about love and longing, divorce, distilled desire, and all the ways we injure ourselves and one another.

ON NOT WRITING (essay excerpt from The Poetry Foundation)

My father used to point out complex images: Look. It’s a metaphor.

A black police officer leads a muzzled dog.// A pigeon follows the bounds of a crosswalk, rounds a corner. A pigeon takes the stairs. A pigeon sits on a bench. // A crow and a seagull face each other on a streetlight. // A spider anchors itself against thirtieth story wind and rain.

These days I only have straightforward language, and my mother speaks in verse. I ask her to trade: automation for meditation.

“If you are loved,” she says, “you won’t live long in this world.” My father objects. She says, “Not her. Who loves Ladan? Who loves you?” she asks. She’s just starting, one-third through her life. We don’t want the girl to stumble (this is hard to translate).

“I see my mother and grandmother’s faces everywhere but not my father. Even my father’s mother. I ask: Why do I have to see the women? They are so greedy for blessings (she laughs). I want to better myself. I don’t want to die. When you die, you don’t get one hour, one minute extra, right?” Why are you telling these things to your daughter who lives alone?

I tell my mother no matter what I eat, I’m still hungry. “That’s because it’s summer. Go buy some meat.” They say when you’re hungry, drink water and wait twenty minutes.

A student tells me to water my feelings. Dive lightly/lightly.

Another student tells me she’s careful not to drown those who swim in her waters.

“I feel like going somewhere the seawater isn’t salty and the ground isn’t a salty marsh.”

“I feel guilty. My mother has wanted things. To build a well. I search wells online, to build one where she grew up, where her people can still use it. Or to build a small masjid. Or an orphanage. Your aunt bought something that catches rainwater, and put carpets in a masjid.” I imagine the carpets green, the color of slaked earth.

In the movie Poetry, workshop attendants recall The Most Beautiful Moment of their lives. I revived my back lawn following Texas drought. One night, nothing. The next morning, I ran outside barefoot and said: Grass! grassgrassgrass in a voice that sounded like it was pushing up through dirt all season.

• Writers on the Border – PEN America

• An Interview with Ladan Osman – The Paris Review