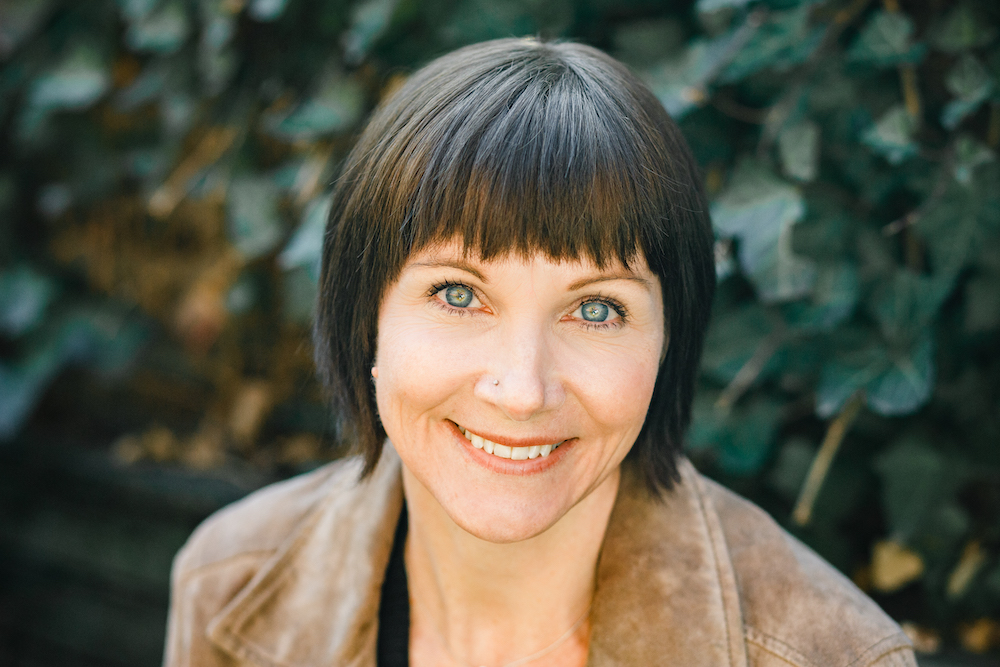 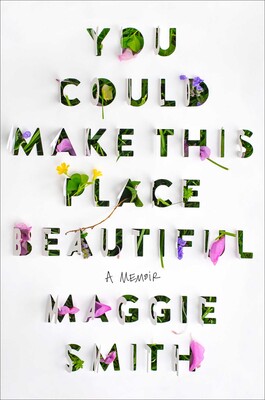 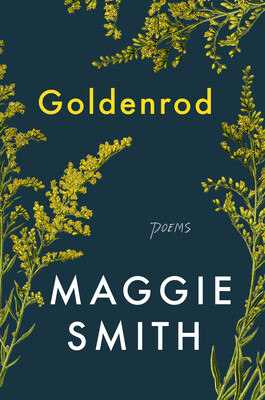 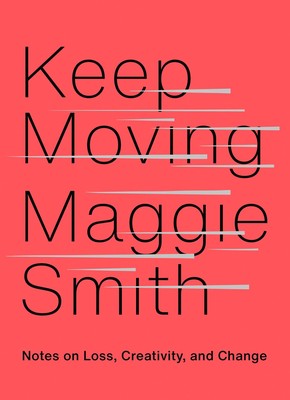 “Smith’s poems affirm the virtues of humanity: compassion, empathy, and the ability to comfort one another when darkness falls.” —D.A. Powell

“Maggie Smith demonstrates what happens when an abundance of heart and intelligence meets the hands of a master craftsperson, reminding us again that the world, for a true poet, is blessedly inexhaustible.” —Erin Belieu

“Maggie Smith’s are poems of transformation: haunting, gorgeous, intimately unsettling. I cannot remember when I last read a book to match her powers of delight.” —Linda Gregerson

Maggie Smith is the author of six books: You Could Make This Place Beautiful (Atria Books, 2023); Goldenrod (Simon & Schuster, 2021), Keep Moving (Simon & Schuster, 2020), a national bestseller; Good Bones (Tupelo Press, 2017); The Well Speaks of Its Own Poison (Tupelo Press, 2015); and Lamp of the Body (Red Hen Press, 2005). Lamp of the Body won the 2003 Benjamin Saltman Award from Red Hen Press. The Well Speaks of Its Own Poison won the 2012 Dorset Prize, selected by Kimiko Hahn, and the 2016 Gold Medal in Poetry for the Independent Publishers Book Awards. The collection was also a finalist for the National Poetry Series and the Montaigne Medal, and poems from this collection were awarded an NEA Fellowship in poetry. Smith is also the author of three prizewinning chapbooks: Disasterology (Dream Horse Press, 2016); The List of Dangers (Kent State/Wick Poetry Series, 2010); and Nesting Dolls (Pudding House, 2005).

The Well Speaks of Its Own Poison delves into the depths of fairy tales to transform the daily into encounters with the marvelous but dangerous. The Rumpus writes: “These poems are studded with images we recognize from fairytales, offering iconic color in the forest gloom: wolves, foxes, deer, skinned rabbits, apples, hearts, white bones. Through Smith’s imaginative leaps, a kind of sorcery occurs, the lines shape-shifting quickly and musically.”

Good Bones is Maggie Smith’s most intimate and direct book yet. Smith writes out of the experience of motherhood, inspired by watching her own children read the world like a book they’ve just opened, knowing nothing of the characters or plot. These are poems that have a sense of moral gravitas and personal urgency, poems that stare down darkness while cultivating and sustaining possibility. Ada Limón writes, “Truthful, tender, and unafraid of the dark, the poems in Good Bones are lyrically charged love letters to a world in desperate need of her generous eye.”

The title poem of Good Bones went viral internationally after the Pulse Nightclub shooting in Orlando, Florida, and the murder of MP Jo Cox in England. To date the poem has touched more than a million readers and has been translated into nearly a dozen languages, including Spanish, French, Italian, German, Bengali, Korean, Hindi, Tamil, Telugu, and Malayalam. It was called the “Official Poem of 2016” by Public Radio International, but the poem has continued to be shared widely around the world in these tumultuous times. In April 2017 “Good Bones” was featured on the CBS primetime drama Madam Secretary—in an episode also called “Good Bones”—and Meryl Streep read the poem at the 2017 Academy of American Poets gala at Lincoln Center. The Telegraph (London) wrote that the poem is “a beautiful elegy for an imperfect world marked by tragedy, exploring the difficulty of finding positivity in the face of suffering…. The poem is a call for us all to improve the world, even if it might just this moment seem beyond repair.”

Smith is the recipient of fellowships and awards from the National Endowment for the Arts, the Academy of American Poets, the Ohio Arts Council, and the Sustainable Arts Foundation, among others. Her poems have appeared in the New York Times, the Paris Review, American Poetry Review, Ploughshares, Prairie Schooner, the Kenyon Review, The Southern Review, and Virginia Quarterly Review. Poems have been widely anthologized in volumes such as The Best American Poetry series, the Knopf anthology, Resistance, Rebellion, Life: 50 Poems Now, Speigel & Grau’s How Lovely the Ruins: Inspirational Poems and Words for Difficult Times, and a number of textbooks.

A freelance writer and editor, and a Consulting Editor for the Kenyon Review, Smith is also a passionate and enthusiastic teacher. She has taught creative writing at Gettysburg College, in the MFA program at The Ohio State University, and at various conferences and nonprofits around the country. She is the Visiting Poet at Ohio Wesleyan University for 2017–2018. She lives with her family in Ohio.

Maggie Smith is the author of six award-winning books: You Could Make This Place Beautiful, Lamp of the Body, The Well Speaks of Its Own Poison, and Good Bones, named by the Washington Post as one of the Five Best Poetry Books of 2017, Keep Moving, and Goldenrod. The title poem of Good Bones was called the “Official Poem of 2016” by Public Radio International and has been translated into nearly a dozen languages. Smith’s poems have appeared in the New York Times, Tin House, The Believer, The Paris Review, Kenyon Review, Best American Poetry, and on the CBS primetime drama Madam Secretary. A Pushcart Prize winner, Smith has received fellowships and awards from the National Endowment for the Arts, the Academy of American Poets, the Ohio Arts Council, and the Sustainable Arts Foundation.

You Could Make This Place Beautiful

In her memoir You Could Make This Place Beautiful, poet Maggie Smith explores the disintegration of her marriage and her renewed commitment to herself in lyrical vignettes that shine, hard and clear as jewels. The book begins with one woman’s personal, particular heartbreak, but its circles widen into a reckoning with contemporary womanhood, traditional gender roles, and the power dynamics that persist even in many progressive homes. With the spirit of self-inquiry and empathy she’s known for, Smith interweaves snapshots of a life with meditations on secrets, anger, forgiveness, and narrative itself. The power of these pieces is cumulative: page after page, they build into a larger interrogation of family, work, and patriarchy. You Could Make This Place Beautiful, like the work of Deborah Levy, Rachel Cusk, and Gina Frangello, is an unflinching look at what it means to live and write our own lives. It is a story about a mother’s fierce and constant love for her children, and a woman’s love and regard for herself. Above all, this memoir is an argument for possibility. With a poet’s attention to language and an innovative approach to the genre, Smith reveals how, in the aftermath of loss, we can discover our power and make something new. Something beautiful.

From the award-winning poet and bestselling author of Keep Moving and Good Bones, a stunning poetry collection that celebrates the beauty and messiness of life. With her breakout bestseller Keep Moving, Maggie Smith captured the nation with her “meditations on kindness and hope” (NPR). Now, with Goldenrod, the award-winning poet returns with a powerful collection of poems that look at parenthood, solitude, love, and memory. Pulling objects from everyday life—a hallway mirror, a rock found in her son’s pocket, a field of goldenrods at the side of the road—she reveals the magic of the present moment. Only Maggie Smith could turn an autocorrect mistake into a line of poetry, musing that her phone “doesn’t observe / the high holidays, autocorrecting / shana tova to shaman tobacco, / Rosh Hashanah to rose has hands.”​ Slate called Smith’s “superpower as a writer” her “ability to find the perfect concrete metaphor for inchoate human emotions and explore it with empathy and honesty.” The poems in Goldenrod celebrate the contours of daily life, explore and delight in the space between thought and experience, and remind us that we decide what is beautiful.

When Maggie Smith, the award-winning author of the viral poem “Good Bones,” started writing daily Twitter posts in the wake of her divorce, they unexpectedly caught fire. In this deeply moving book of quotes and essays, Smith writes about new beginnings as opportunities for transformation. Like kintsugi, the Japanese art of mending broken ceramics with gold, Keep Moving celebrates the beauty and strength on the other side of loss. This is a book for anyone who has gone through a difficult time and is wondering: What comes next? 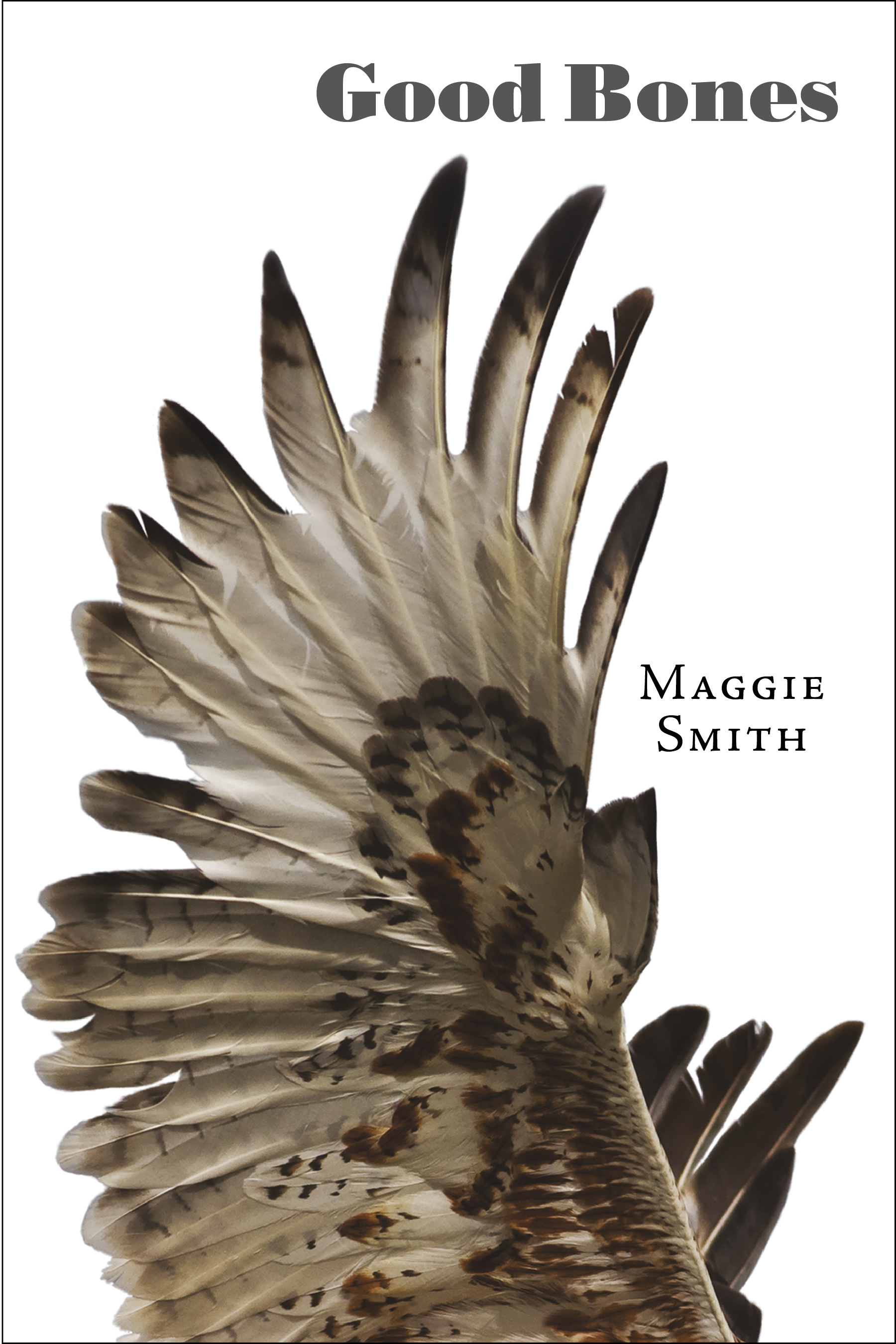 “One of those specific tests for me as a reader is listening to hear if a poet has something to tell me about the sky/moon/stars/wind/ocean/autumn leaves/sun—the old stock footage of verse—that I don’t already know. In her wondrous new poetry collection, Good Bones, turns out Maggie Smith has much to tell us. And she does so with such a clean, aching clarity of lyricism that I discover now frequently exhausted human touchstones freshly, with real surprise. It’s Smith’s dynamically precise and vivid images, and her uncanny ability to find just the right word or action to crack open our known experience, that make Good Bones an extraordinary book. Maggie Smith demonstrates what happens when an abundance of heart and intelligence meets the hands of a master craftsperson, reminding us again that the world, for a true poet, is blessedly inexhaustible.” -Erin Belieu

“As if lost in the soft, bewitching world of fairy tale, Maggie Smith conceives and brings forth this metaphysical baedeker, a guidebook for mother and child to lead each other into a hopeful present. Smith’s poems affirm the virtues of humanity: compassion, empathy, and the ability to comfort one another when darkness falls. ‘There is a light,’ she tells us, ‘and the light is good.’” -D.A. Powell 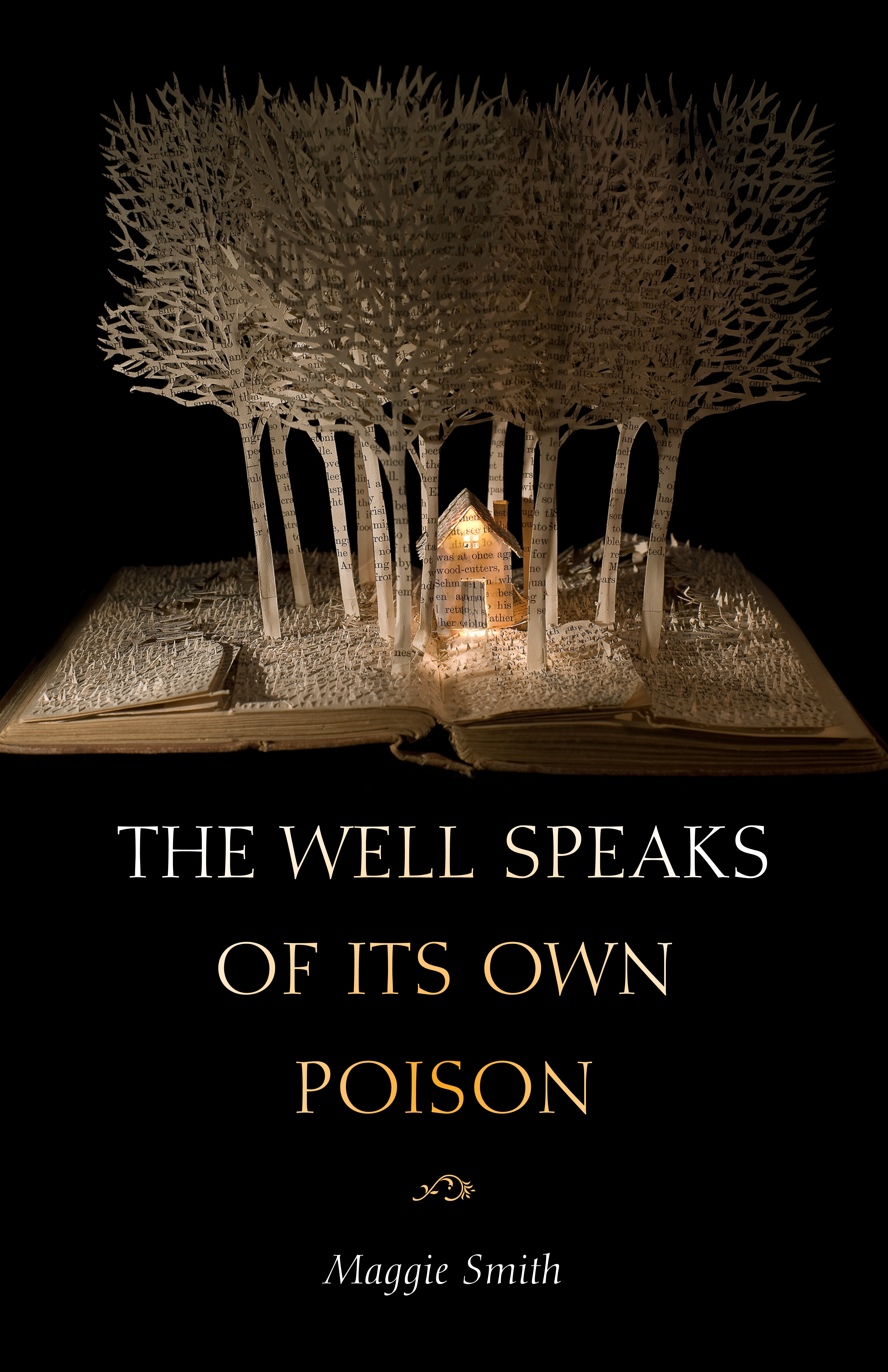 The Well Speaks of its Own Poison

“Enchantment: that rarest of all poetic gifts. Maggie Smith’s are poems of transformation: haunting, gorgeous, intimately unsettling. I cannot remember when I last read a book to match her powers of delight.” -Linda Gregerson

Delving into the depths of fairy tales to transform the daily into encounters with the marvelous but dangerous, Maggie Smith’s poems question whether the realms of imagination and story can possibly be safe. Even as her compressed stories are unfolding on a suburban cul de sac, they are deep in the mythical woods, “where children, despite their commonness, / are a delicacy.” 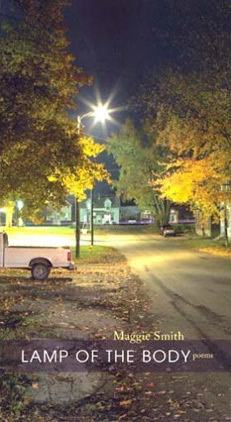 Lamp of the Body

“Here in Maggie Smith’s first book we encounter a voice that is spare, confident, and precise. Her images click into place, and the movement of each poem is deft, muscular, taut. These are poems we trust, poems that ask hard questions while at the same time convincing us of the magic in the world. Smith’s voice is reserved, yet she carries her world forward in her teeth, so to speak. There’s wisdom and acceptance in many of the poems, coupled with a willingness to utter what she does not understand, a recognition ‘that worse happens to better than I.’ She embraces the mystery. There’s a kinship with the Ohio landscape, but also the recognition that ‘darkness ploughs its furrows here.’ These are poems that do not flinch in the face of grief while at the same time they do not give into formulas that either comfort or accuse. I admire the courage and the control, the gorgeous turns, the leaps she takes in the poems while keeping the center of each poem intact. These are poems that do not wobble; the voice is confident and secure, the authority claimed, and the darkness met head on―’mealy, and bitter’ but as she writes in ‘The Poem Speaks to Danger’: ‘I am the mouth/that can hold more . . . the globe // of some new, ready fruit.’” -Carol Potter

• A Poem by Maggie Smith – The Awl

• On Watching Her Poem Go Viral in the Wake of the Orlando Shooting – Slate.com

• Maggie Smith spoke with Jeb Sharp on The World – PRI/BBC

Twice they opened me
and twice, after sewing me shut,

the thread. But see how frugal
I’ve become, saving every stitch

for future alterations and repairs.
Any woman with my blood

saves—is a saver. When given one
sheet of paper, my daughter

cuts out the heart she wants
and keeps the scraps for stars,

snowflakes, flowers. Twice
they cut babies from my body,

but the body remains.
See how nothing is wasted.

The more they cut, the more I have. 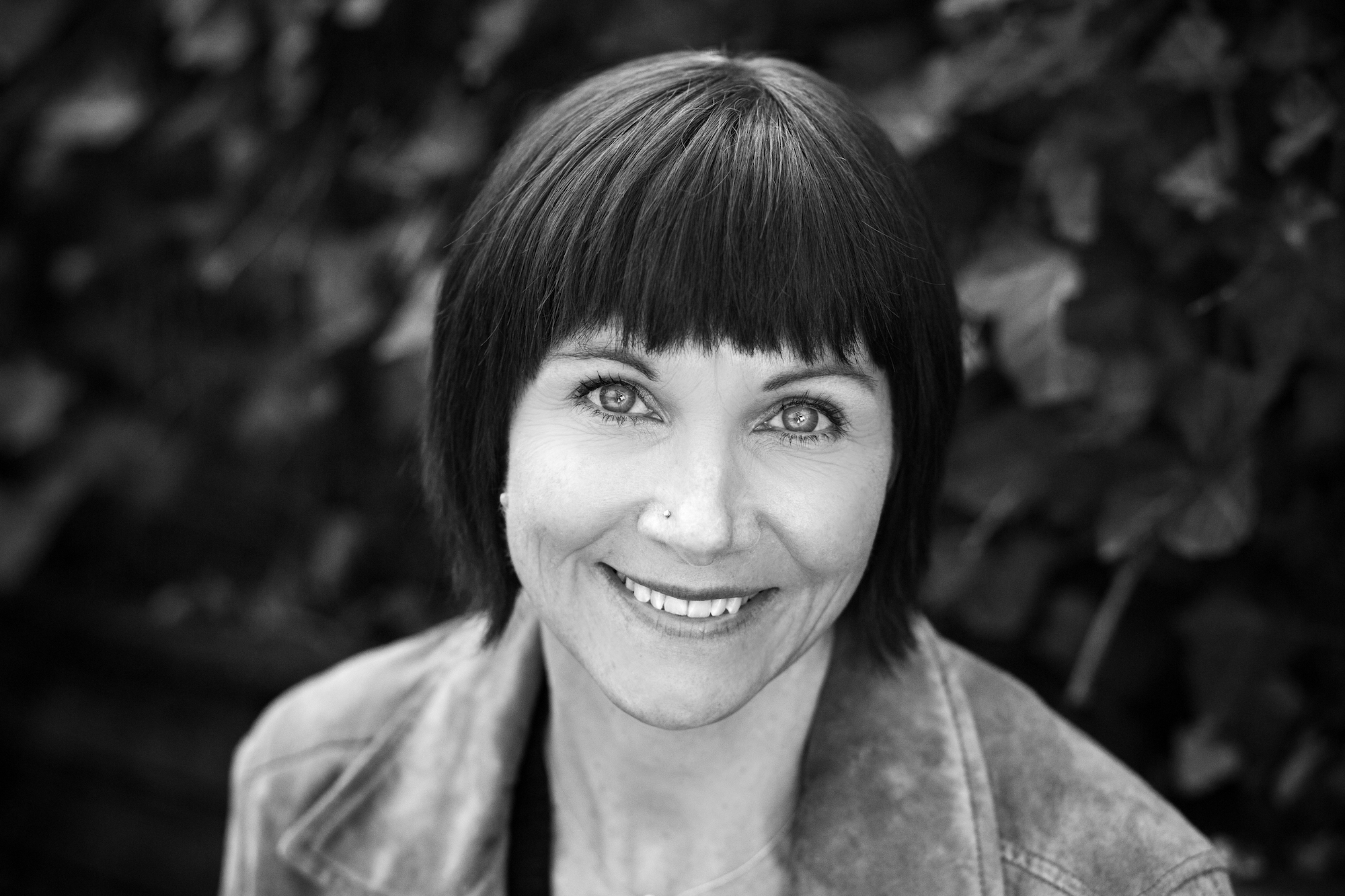