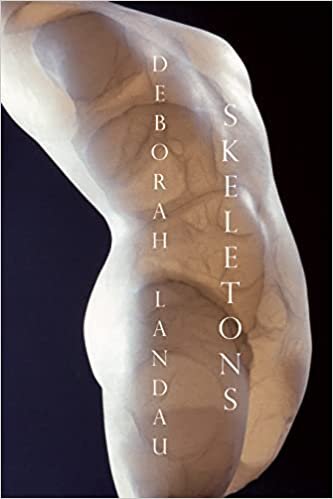 • An Evening with Deborah Landau

“Powerful and vulnerable, spare in form and ardent in tone, her lyric sequences broach existential questions as sweeping and timeless as her language is particular and contemporary.” —Publishers Weekly

“Her poems leap from the page with uncanny mortal energy.” —The Rumpus


Deborah Landau is the author of Soft Targets (2019), which was awarded the Believer Book Award in 2020; The Uses of the Body (2015); and The Last Usable Hour (2011), both Lannan Literary Selections from Copper Canyon Press, and Orchidelirium (2011), selected by Naomi Shihab Nye for the Robert Dana Anhinga Prize for Poetry. Her other awards include a Jacob K Javits Fellowship from the US Department of Education and a Guggenheim Fellowship. Landau’s fifth book of poems, Skeletons (2023), will be published with Copper Canyon Press.

About Soft Targets Publishers Weekly says: “The fourth book from Landau addresses the anxiety of living among dangers potential and palpable, from terrorism to climate change. As citizens, we are vulnerable to those ‘who want to slaughter us,’ and yet, as the speaker remarks, ‘I had a body, unwearied, vital, despite the funeral in everything.’ This proves the central tension of the collection: the speaker is conflicted about how we might go about our days and nights—drinking wine, raising a family—when around the world, threat abounds. Poems in loose couplets, tercets, and single-line stanzas contain Landau’s signature lush, lyrical language (‘would you like a lunch of me in the soft/ in its long delirium?’) placed in contrast to the immediacy of ‘Kalashnikov assault rifles,/ submachine guns, ammunition,’ which enact the dissonance of pleasure-seeking while the news ‘spatulas in on the Twitter feed.’ But the very bodies that make us soft targets, Landau suggests, also make us lovers, ‘lustrous from time to time,/ in a garden, in a city, in a wood melodious with pine.’ Through the cadence of these poems, which sometimes resemble lullabies in their dreaminess and gorgeous lyricism, Landau captures the ways humans persist, despite our collective anxiety, in our longing for ‘something tender, something that might bloom.’”

The Uses of the Body was featured on NPR’s All Things Considered, and included on the Best of 2015 lists by The New Yorker, Vogue, BuzzFeed, and O, The Oprah Magazine, among others. A Library Journal starred review described the book “As freshly immediate as ever,” as Landau “reveals that ‘the uses of the body are manifold,’ moving in four sections with a roughly chronological feel from wedding parties to flabby bodies around the pool to the realization ‘But we already did everything’—all with an underlying sense of urgency: ‘Life please explain.’ As Landau explores her physical self and her sexuality, she’s tart, witty, fluid, direct, and brutally honest.” A Spanish edition is forthcoming from Valparaiso Ediciones.

Landau was educated at Stanford University, Columbia University, and Brown University, where she was a Javits Fellow and received a Ph.D. in English and American Literature. She is a professor and director of the Creative Writing Program at New York University, and lives in Brooklyn with her husband, sons, and daughter.

Deborah Landau is the author of five books of poetry: Skeletons; Soft Targets, winner of The Believer Book Award; The Uses of the Body; The Last Usable Hour; and Orchidelirium. Her poems have appeared in The New Yorker, The Paris Review, Poetry, APR, The New York Times, and The Best American Poetry, and she was a 2016 Guggenheim Fellow. She is a Professor and Director of the Creative Writing Program at New York University, and lives in Brooklyn with her family.

Existentialism takes on a glamorous flair in Deborah Landau’s dazzling new collection. Through a series of poems preoccupied with loneliness and mortality, Skeletons flashes with prismatic effect across the persistent allure of the flesh. Initiated during Brooklyn’s early lockdown, the book reflects the increasingly troubling simultaneity of Eros and Thanatos, and the discontents of our virtual lives amidst the threats of a pandemic and corrosive politics. Spring blooms relentlessly while the ambulances siren by. Against the mounting pressure that propels the acrostic “Skeletons,” a series of interstitial companion poems titled “Flesh” negotiate intimacy and desire. The collection culminates in an ecstatic sequence celebrating the love and connection that persist despite our fraught present moment. Shrugging off her own anxiety and disillusionment with characteristic humor and pitch-perfect cadence, Landau finds levity in pyrotechnic lines, sonic play, and a wholly original language, asking: “Any way outta this bag of bones?”

Deborah Landau’s fourth book of poetry, Soft Targets, draws a bullseye on humanity’s vulnerable flesh and corrupted world. In this ambitious lyric sequence, the speaker’s fear of annihilation expands beyond the self to an imperiled planet on which all inhabitants are “soft targets.” Her melancholic examinations recall life’s uncanny ability to transform ordinary places―subways, cafes, street corners―into sites of intense significance that weigh heavily on the modern mind. “O you who want to slaughter us, we’ll be dead soon/enough what’s the rush,” Landau writes, contemplating a world beset by political tumult, random violence, terror attacks, and climate change. Still there are the ordinary and abundant pleasures of day-to-day living, though the tender exchanges of friendship and love play out against a backdrop of 21st century threats with historical echoes, as neo-Nazis marching in the United States recall her grandmother’s flight from Nazi Germany. 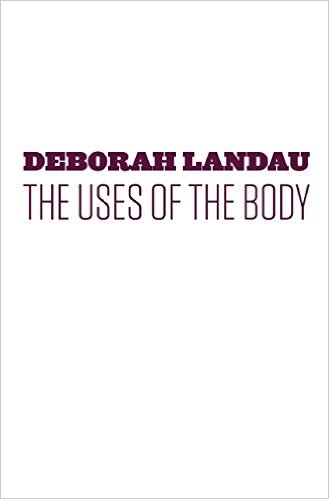 The Uses of the Body

“Deborah Landau . . . is both confessional and direct, like Sylvia Plath and Allen Ginsberg. Her taut, elegant, highly controlled constructions meditate upon yearning and selfhood.”— Booklist

Deborah Landau’s Uses of the Body presents the very specific challenges of womanhood. Her poems address what it means to be alive—right now—in a female body. She fills her poetry with compelling nouns: wine glasses, bridal gowns, and “books and teacups and ghosts.” And what ghosts: underneath evocative images and poetic play, there’s a moving, yearning mysticism. 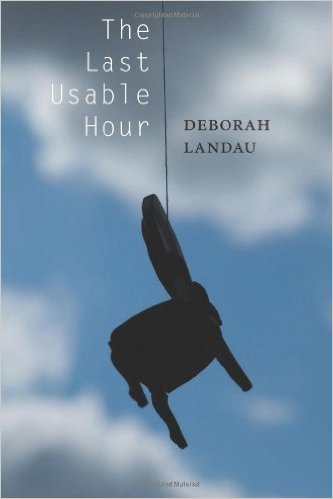 “Landau beautifully chronicles this saga of emptiness and loss that plays out against the luminous backdrop of the nocturnal City.” — John Ashbery

“In this heartbroken yet rough-as-a-just-cut-gem sequence, which takes despair and twirls it in all senses to try and make it spill its cheap undying trick, pain flirts, hysteria is an eros, taffeta begs to be worn as if an outer lining of the soul. The speaker of the last usable hour begs you to use it, every instant of it—urgent, confessing to imaginary crimes, wide awake to the one metaphysical joke, the one at our unique expense; and in a swirl of pain, desire, nasty gods, and sheer pluck, the protagonist of this bold book does just that.” — Jorie Graham

It is “always nighttime” in The Last Usable Hour—a series of linked lyric sequences set in a midwinter New York City. At the heart of Deborah Landau’s second collection are epistolary love poems to an elusive “someone.” Here is a haunted singing voice, clear and spare, alone in the dark, alive with memory and desire yet hounded by premonitions of a calamitous future. The speaker in this “ghost book” is lucid and passionate, even as everything is disappearing—the streets deserted, the beloveds gone. 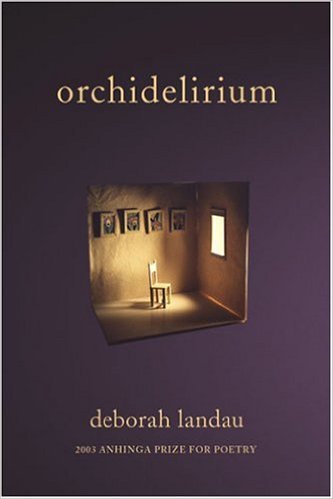 Winner of the 2003 Anhinga Prize

“You’ll find a stunning cleanliness of movement and image in these delicious, evocative, sexy poems. Hooray for a writer who can weave presence and absence, longing and loss of longing, into a tapestry of language as rich, honest, and compelling as this.” – Naomi Shihab Nye (2003 Anhinga Prize judge)

“Passionate, stylish, and subtle, the poetry in Deborah Landau’s remarkable debut collection peels back the layers of how we live now – and also how we die. With depth, assurance, and astonishing savoir faire Landau makes Orchidelirium a genuine orchid of a book, a vivid and riveting new bloom in American letters.” – Molly Peacock

“’Uncross your legs,’ one of Deborah Landau’s poems instructs us, ‘and leave the house…’ The poems in Orchidelirium walk out, indeed, into the world of the body, as Landau registers the intensities of the flesh: pleasure, desire, limitation, and, ultimately, disappearance. This poet’s faith that bodies are ‘better than the alphabet’ creates a poetry of vibrant physicality, open to joy and to failure — and, in a gripping final sequence, to the griefs and anxieties visited upon the body, in New York City, in the terrible beginning of this century. – Mark Doty

• We Are All Soft Targets by Deborah Landau – CNN

• When I Got Pregnant At 40, Time Slowed Down by Deborah Landau – Buzzfeed

• Beyond the Self: A Conversation with Deborah Landau – Kenyon Review

• Sense of Self: Review of The Uses of the Body — The New Yorker

• Review of The Uses of the Body – Publishers Weekly

• Winter Poetry Reads: The Uses of the Body — Boston Review

• Review of The Uses of the Body — The Rumpus

• Review of The Last Usable Hour: Your Emptiness Has An Aqueduct In It — The Rumpus

• I Write a Novel and Poems Come Out: a Conversation with Deborah Landau – LitHub

• The Body Beyond Biology: Interview with Deborah Landau – Interview Magazine

• Book Review: The Uses Of The Body, Deborah Landau —NPR All Things Considered

That summer there was no girl left in me.
It gradually became clear.
It suddenly became.

In the pool, I was more heavy than light.
Pockmarked and flabby in a floppy hat.
What will my body be

when parked all night in the earth?
Midsummer. Breathe in. Breathe out.
I am not on the oxygen tank.

Twice a week we have sex.
The lithe girls poolside I see them
at their weddings I see them with babies their hips

thickening I see them middle-aged.
I can’t see past the point where I am.
Like you, I’m just passing through.

I want to hold on awhile.
Don’t want to naught
or forsake, don’t want

to be laid gently or racked raw.
If I retinol. If I marathon.
If I Vitamin C. If I crimson

my lips and streakish my hair.
If I wax. Exfoliate. Copulate
beside the fish-slicked sea.

Fill me I’m cold. Fill me I’m halfway gone.
Would you crush me in the stairwell?
Could we just lie down?

If the brakes don’t work.
If the pesticides won’t wash off.
If the seventh floor pushes a brick

out the window and it lands on my head.
If a tremor, menopause. Cancer. ALS.
These are the ABCs of my fear.

The doctor says
I don’t have a pill for that, dear.
Well, what would be a cure-all, ladies,

gin-and-tonics on a summer night?
See you in the immortalities! O blurred.
O tumble-rush of days we cannot catch.

Oh, skin! What a cloth to live in.

We are not at the end of things.

He’s tuxedoed and I’m in a cocktail dress.

How gussied up we get.

Drink this, roll that.

We’re going to hit a winner.

and slap down money

and stand around frocked and gossiping

and bleed a little in the bathroom

from earlier today when we were a little minx.

(He really is of the masses, mama said.)

– from The Uses of the Body

ALL ELSE FAILS (excerpt)

As soon as he sits down I can tell I want to.
How long can I sit here not doing the thing
I want to do.

There’s a little hole in my boot.
Could you put your finger in it?

There is power in a silent beat
before answering a question, in a leaning in.
Across the table his mind right there
behind his talking face.

– from The Last Usable Hour 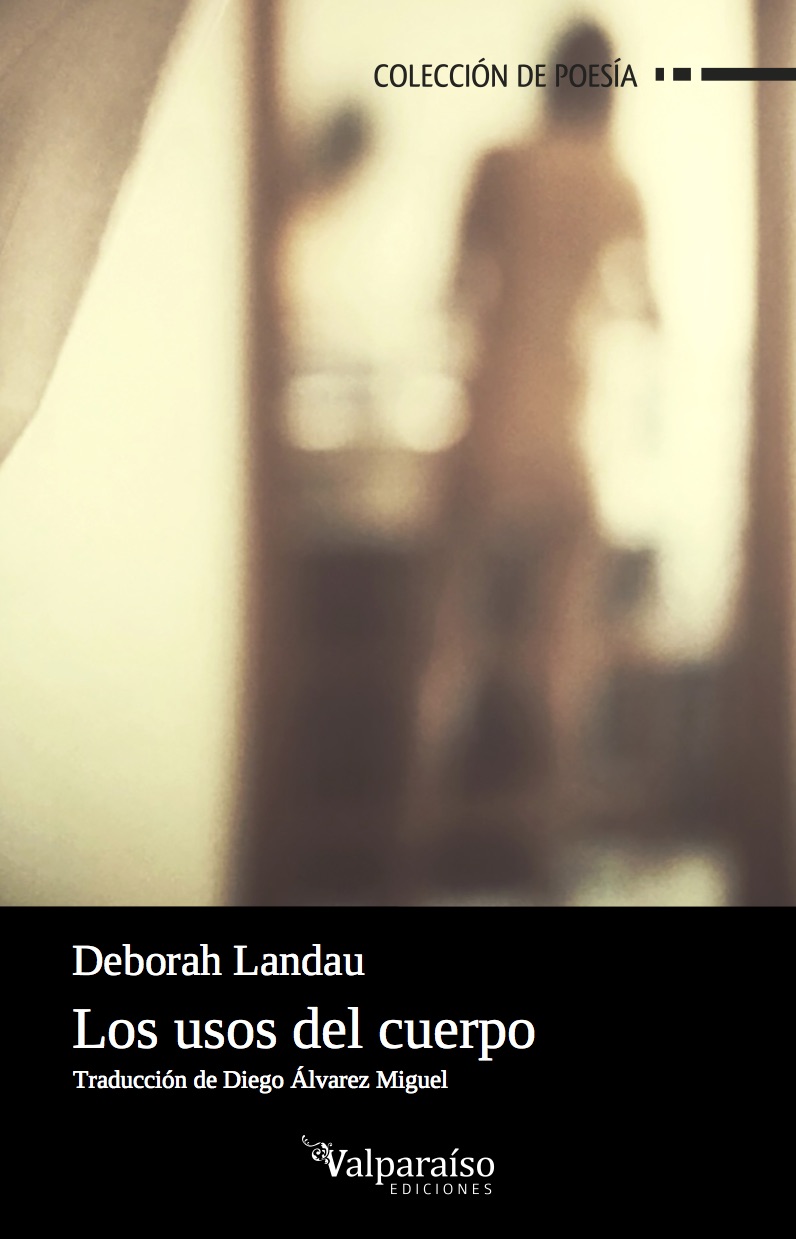 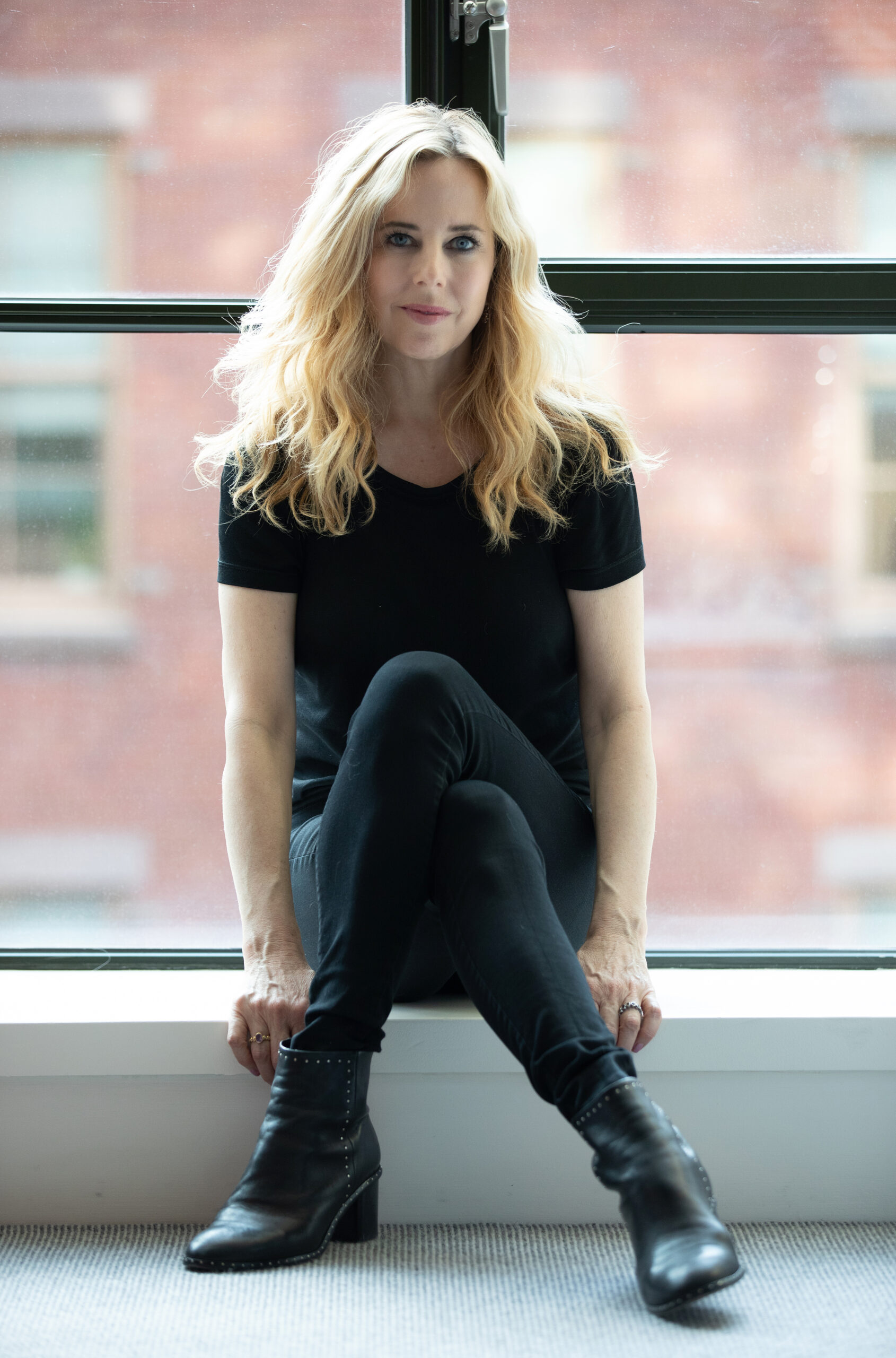 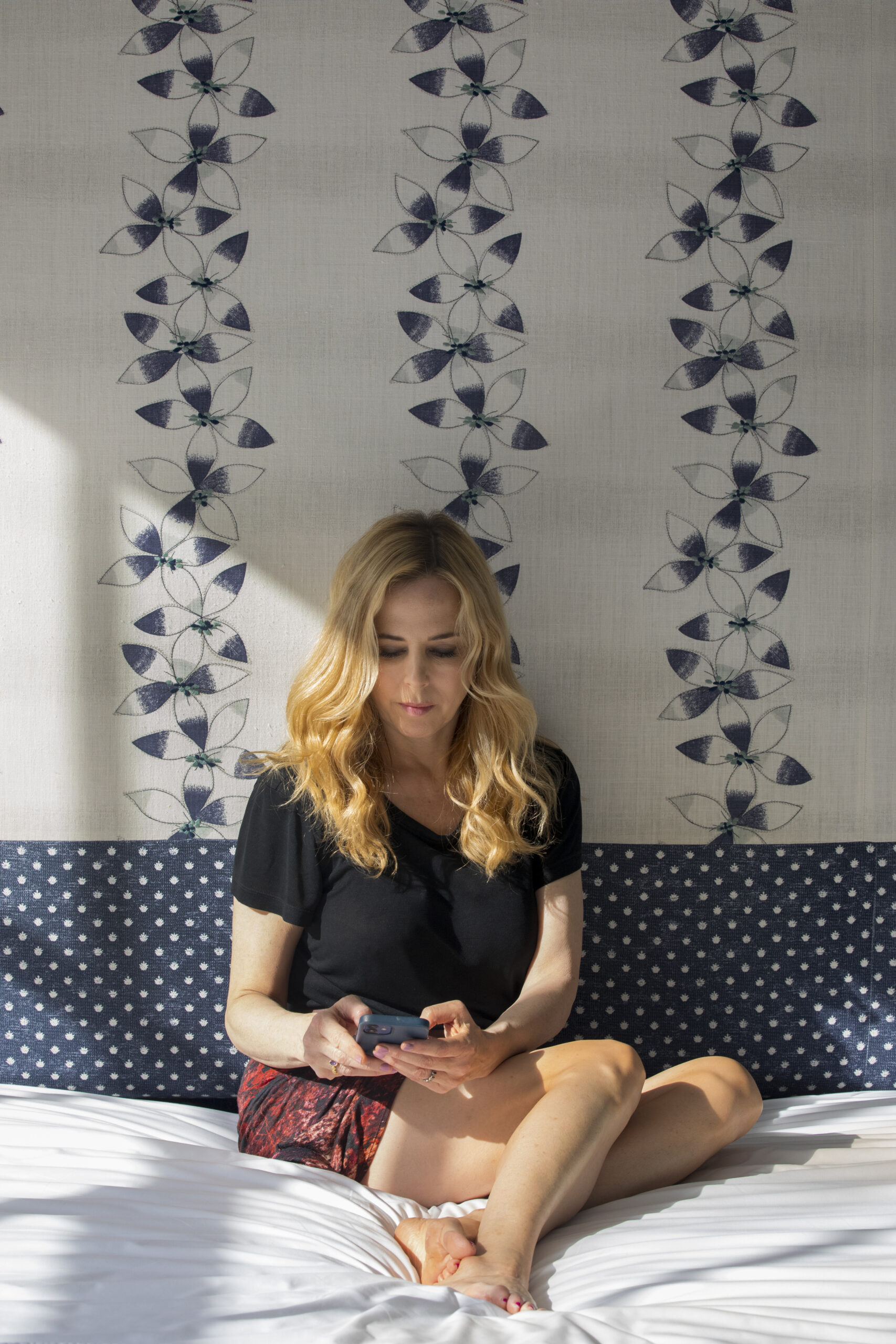 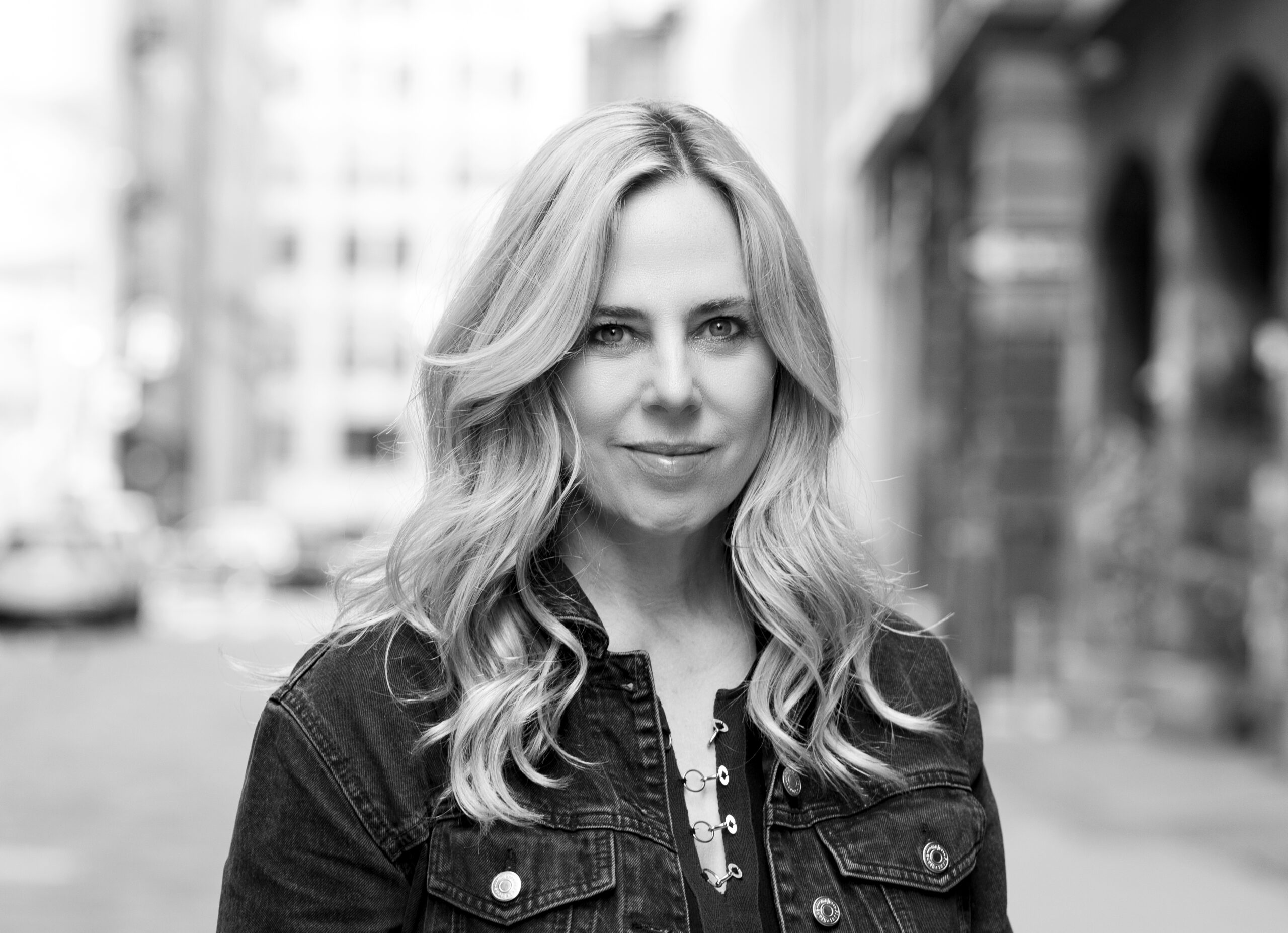 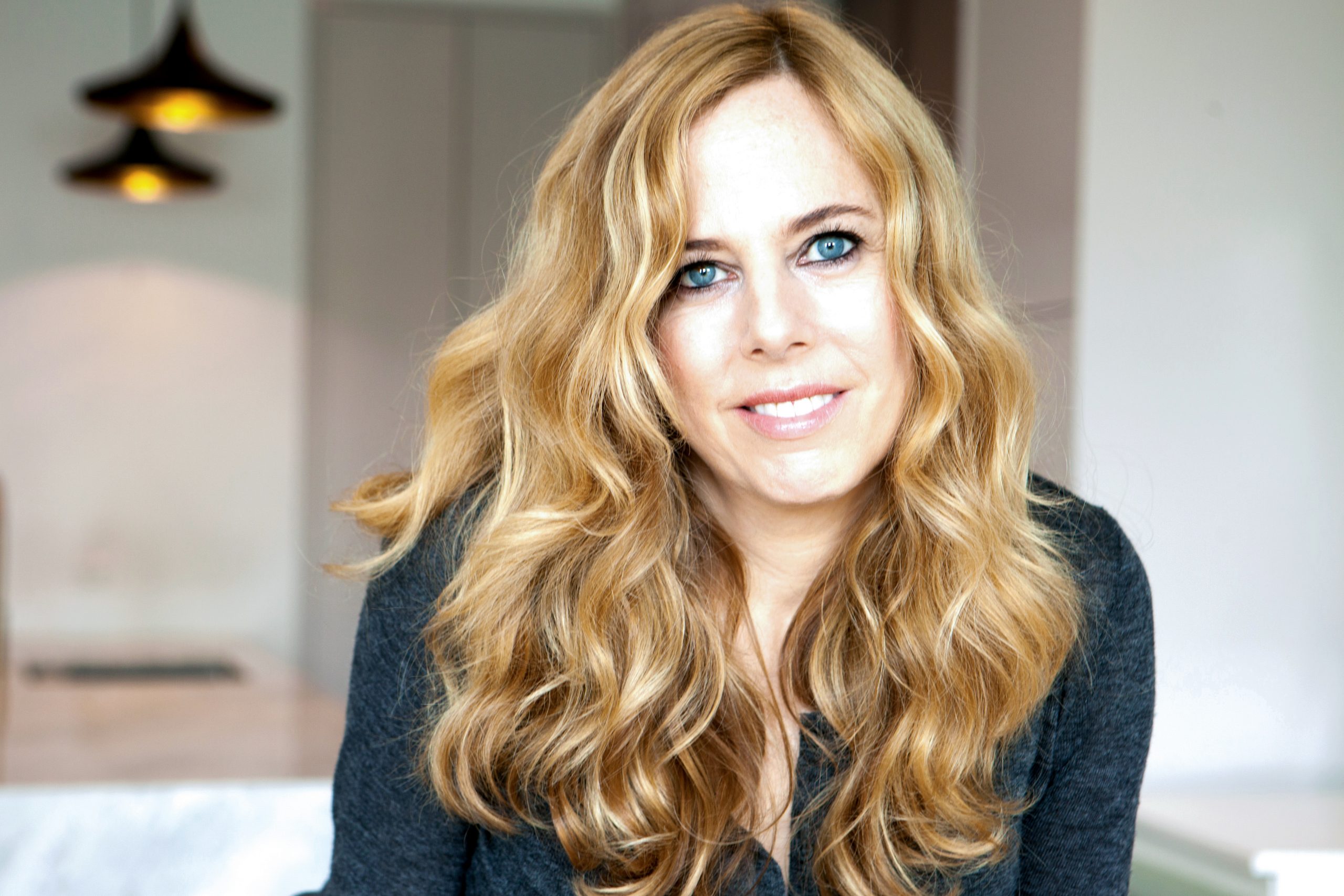