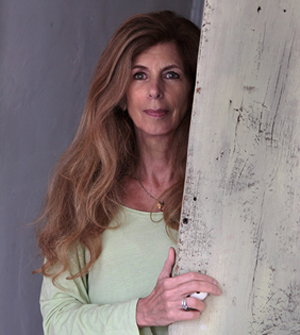 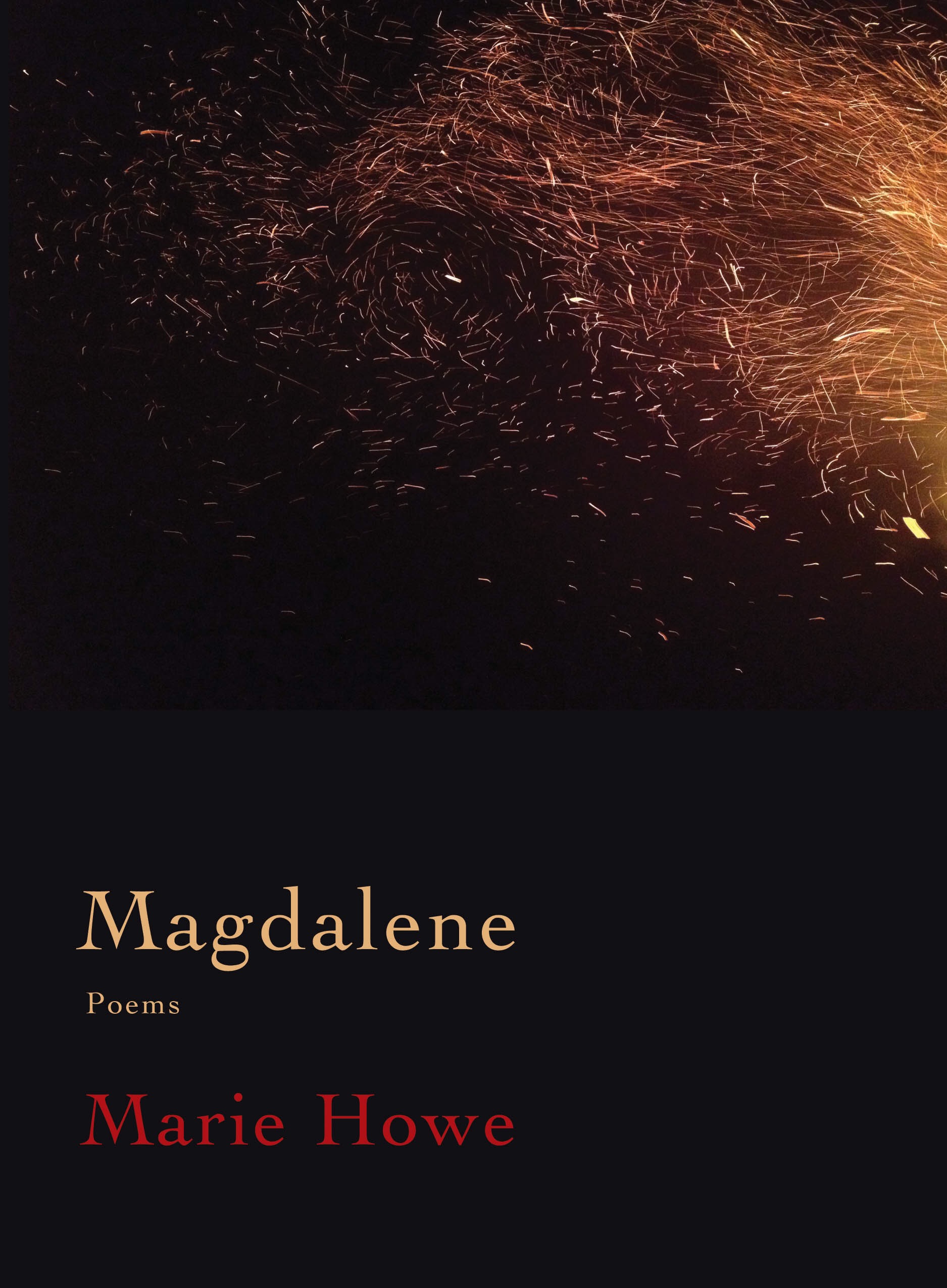 “Marie Howe has always come as close as any poet since Rilke to touching eternity, simply by stretching out her hand and believing that something exists beyond her grasp, beyond her knowing.” —Nick Flynn

“Marie Howe is widely admired for poetry that seeks answers to metaphysical questions in ordinary day-to-day experience. In Howe’s work, little incidents and inconsequential memories help to shed light on the nature of the soul and the self, as well as the meaning of life, death, love, pain, hope, despair, sin, virtue, solitude, community, impermanence, and the eternal.” —New York State Writers Institute

Marie Howe is the author of four volumes of poetry: Magdalene: Poems (W.W. Norton, 2017); The Kingdom of Ordinary Time (W.W. Norton, 2009); What the Living Do (1997); and The Good Thief (1988). She is also the co-editor of a book of essays, In the Company of My Solitude: American Writing from the AIDS Pandemic (1994). Her poems have appeared in The New Yorker, The Atlantic, Poetry, Agni, Ploughshares, Harvard Review, and The Partisan Review, among others.

Magdalene: Poems imagines the biblical figure of Mary Magdalene as a woman who embodies the spiritual and sensual, alive in a contemporary landscape. Between facing the traumas of her past and navigating daily life, the narrator of Magdalene yearns for the guidance of her spiritual teacher, a Christ figure, whose death she continues to grieve. Of this new work, Alicia Ostriker says “Marie Howe is among our most gifted poets of trauma and healing, and of where the everyday encounters the world of the sacred. In Magdalene, Howe raises the ante. She now channels the ‘woman taken in adultery’ of New Testament legend, and she is also her questing self, lover and mother, risen to the exaltation of the possible.” And Mark Doty writes, “Each book of Marie Howe’s is a singular accomplishment, but none is as wildly alive as this. How does she see with such devastating clarity? Or allow so much of ‘what the living do’ onto the page:  avoidance, longing, tenderness, resentment and desire? What makes the engine go? The wry, knowing, seeking voice of Mary Magdalene, worn like the most transparent of masks. The experience of mothering a daughter, a long arc of love building its house in the years. Howe sweeps up a life and fixes it on the page, and stands here before us, the stunned and grateful witness of all that’s taken and granted by love and time.”

The Kingdom of Ordinary Time was a finalist for the LA Times Book Prize; of the collection playwright Eve Ensler said, “These poems made me gasp. Each one a revelation, a lifeline, a domestic galaxy. This is the poetry of our times, a guide to living on the brink of the mystical and the mundane.” What the Living Do addresses the grief of losing a loved one and is a transparent, accessible documentary of loss. Publishers Weekly named the book one of the five best poetry collections of 1997, saying “The tentative transformation of agonizing, slow-motion loss into redemption is Howe’s signal achievement in this wrenching second collection.” In large part an elegy to her brother who died from AIDS, her intimacy and bravery in laying bare the music of her own pain—but never the pain alone—is part of its resonance. Inside each poem there is also a joy, a new breath of life, some kind of redemption. “Each of them seems a love poem to me,” says Howe. The Good Thief (1988) explores the themes of relationship, attachment, and loss in a uniquely personal search for transcendence, and was selected by Margaret Atwood for the National Poetry Series. In making her selection, Atwood said, “Reading it you feel interest always, delight often, and occasionally that cool wind at the back of the neck that makes you think there’s one more person in the room than there actually is. These poems are intensely felt, sparely expressed, and difficult to forget; poems of obsession that transcend their own dark roots.”

Part of the urgency and importance of Howe’s poetry stems from its rootedness in real life. Her mentor Stanley Kunitz once said, “Whether she is confronting the joys or terrors of existence, the light that falls on the page is suffused with grace and charity. In essence she is a religious poet, that rarity among writers of her generation.” Marie Howe sees her work as an act of confession or of conversation. She says simply, “Poetry is telling something to someone.”

In 1988, Kunitz selected Howe for a Lavan Younger Poets Prize from the American Academy of Poets. She has since been a recipient of fellowships from the National Endowment of the Arts, the Guggenheim Foundation, and the Bunting Institute at Radcliffe College. In 2015 she received the Poetry Fellowship from the Academy of American Poets, an honor that recognizes distinguished poetic achievement—in the word of the Academy Chancellor Arthur Sze, “Marie Howe’s poems are remarkable for their focused, intense, and haunting lyricism. Her poems characteristically unfold through a series of luminous particulars that gather emotional power as they delve into the complexities of the human heart. Her poems are acclaimed for writing through loss with verve, but they also find the miraculous in the ordinary and transform quotidian incidents into enduring revelation.”

She lives in New York City and teaches at Sarah Lawrence College, New York University, and has taught at Columbia University. From 2012-2014, Howe served as the Poet Laureate of New York State. During her tenure, she worked with the MTA and Poetry Society of America on a series of Public Poetry events, including The Poet is IN: a celebration of poetry in public settings—such as Grand Central Terminal or the Fulton Street Landing—where an array of award-winning poets sit in a booth (inspired by Lucy from the Peanuts comic strip) and write a poem for passers-by who request one. It is Howe’s hope that this will become a perennial event in New York City. In her final days as State Poet Laureate, Howe organized, with Brooklyn Poet Laureate Tina Chang, the Say Something NYC Poetry Rally: Justice for Eric Garner and Michael Brown—A Call for Unity, Equality, Empathy, Imagination and the End of Oppression, held in Washington Square Park.

Marie Howe lectures and gives workshops on the topics of Faith, Poetry, and Prayer.

Poetry as Prayer
From our earliest time on earth prayer has been uttered as poetry. The earliest chants and spells, the psalms of praise, beseeching and complaint, the intimate discourse with the divine in the poems of Donne, Herbert, Hopkins, and Dickinson brings us to the contemporary voices of Sexton, Berryman, Gluck, Manning, and the modern translations of the ancient odes of Rumi and Kabir. Humans have cried out to the unseen in faith and in doubt, in loneliness and joy, in bewilderment and in confidence. Through poetry, we shape our cry into something essential and we sing it into space.

Writing as a Gate to Faith
Howe illuminates ways to pay attention to our own intimate discourse with the divine—and how writing can become a gateway to faith. When we write we write into the unknown. Faith is not a destination but a muscle. Our arrival is evidence of the experience of faith in transformative alchemy of words, silence, music, imagination. The poem is the residue of this experience—both the residue and the way.

Marie Howe is the author of four volumes of poetry, Magdalene: Poems; The Kingdom of Ordinary Time; The Good Thief; and What the Living Do, and she is the co-editor of a book of essays, In the Company of My Solitude: American Writing from the AIDS Pandemic. Her poems have appeared in The New Yorker, The Atlantic, Poetry, Agni, Ploughshares, Harvard Review, and The Partisan Review, among others. She has been a fellow at the Bunting Institute at Radcliffe College and a recipient of NEA and Guggenheim fellowships, and Stanley Kunitz selected Howe for a Lavan Younger Poets Prize from the American Academy of Poets. In 2015, she received the Academy of American Poets Poetry Fellowship which recognizes distinguished poetic achievement. From 2012-2014, she served as the Poet Laureate of New York State.

“Gorgeous, ferocious, lacerating, sexy, and profoundly compassionate.  I could swear the book emitted light when I put it down on my bedside table and turned off the lamp.” –Michael Cunningham

The Kingdom of Ordinary Time

“Howe is a careful and soulful alchemist. She makes metaphor matter and material metaphysical. She becomes magic with her transforming perspective that is part mother, part muscle, part music, part mind. This book has the amazing thing that Howe always seems to pull off: the miracle. I saw it./ It was the thing and spirit both: the real/ world: evident, invisible.” —Brenda Shaughnessy, Publishers Weekly

Hurrying through errands, attending to a dying mother, helping her own child down the playground slide, the speaker in these poems wonders: what is the difference between the self and the soul? The secular and the sacred? Where is the kingdom of heaven? And how does one live in Ordinary Time—during those periods that are not apparently miraculous? These are astonishing poems by a poet known as “a truth-teller of the first order.” What the Living Do

“A deeply beautiful book, with the fierce galloping pace of a great novel.” — Boston Globe

This compassionate memorial to illness and the loss of Howe’s brother, John, and other friends ably depicts the growth and development of personal bonds against which “post-modern brokenness” is measured. This thoughtful analysis of elements of grief (“a living remedy”) will perhaps help to ease trauma of death, as does Robert Frost’s “Home Burial,” but full comprehension of “cherishing” and pain after “the wake and the funeral” seems impossible. The best of these empathetic poems demonstrate a longing for wholeness and appreciation of the “terrified and radiant” mysteries of silence. —Library Journal

• Marie Howe Interviewed by Krista Tippett — On Being

The rules, once again applied
One loaf = one loaf. One fish = one fish.
The so-called three kings were dead.

And the woman who had been healed grew tired of telling her story.
and sometimes asked her daughter to tell it.

People generally worshipped where their parents had worshipped—
The men who’d hijacked the airplane prayed where the dead pilots had been sitting,
and the passengers prayed from their seats
—so many songs went up and out into the thinning air…

It was the Coming of Ordinary Time. First Sunday, second Sunday.
And then (for who knows how long) it was here.

—from The Kingdom of Ordinary Time 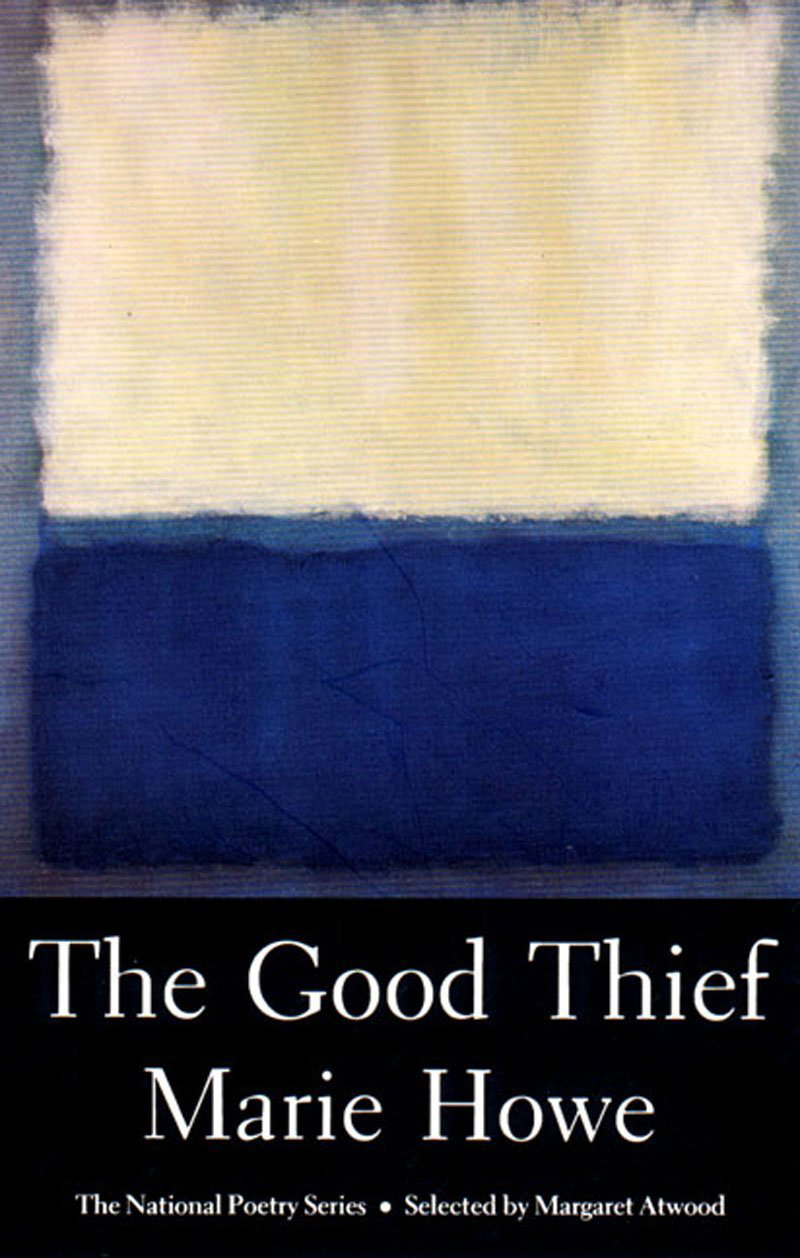 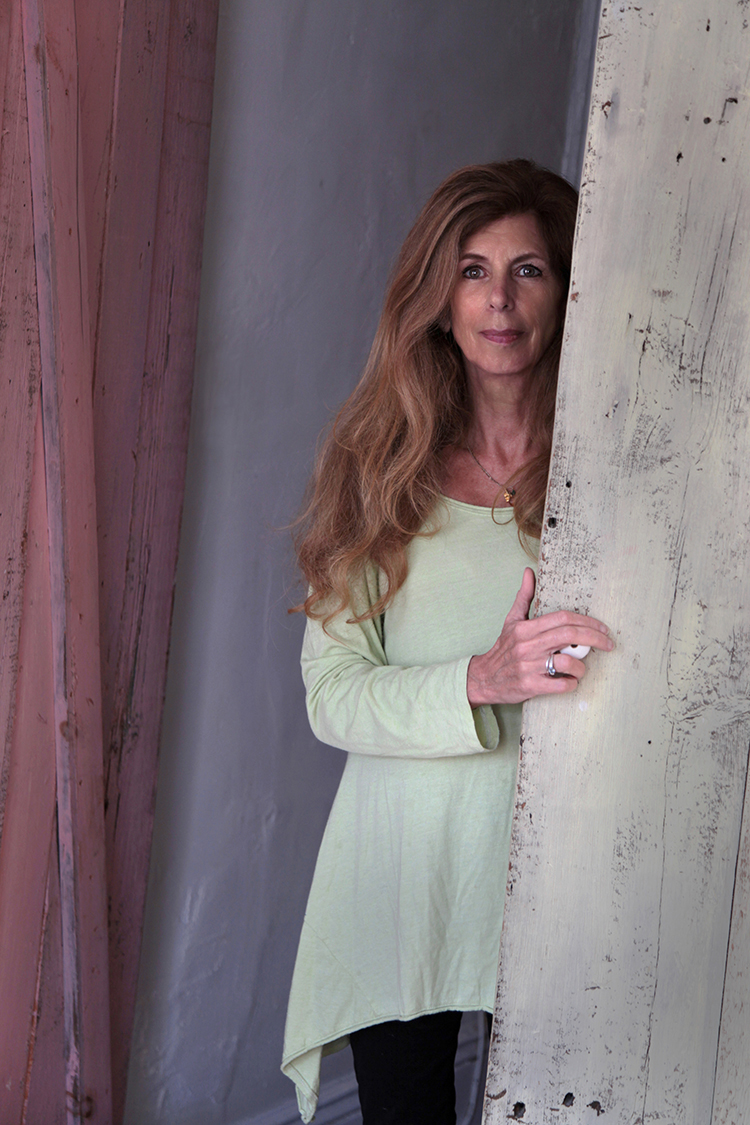 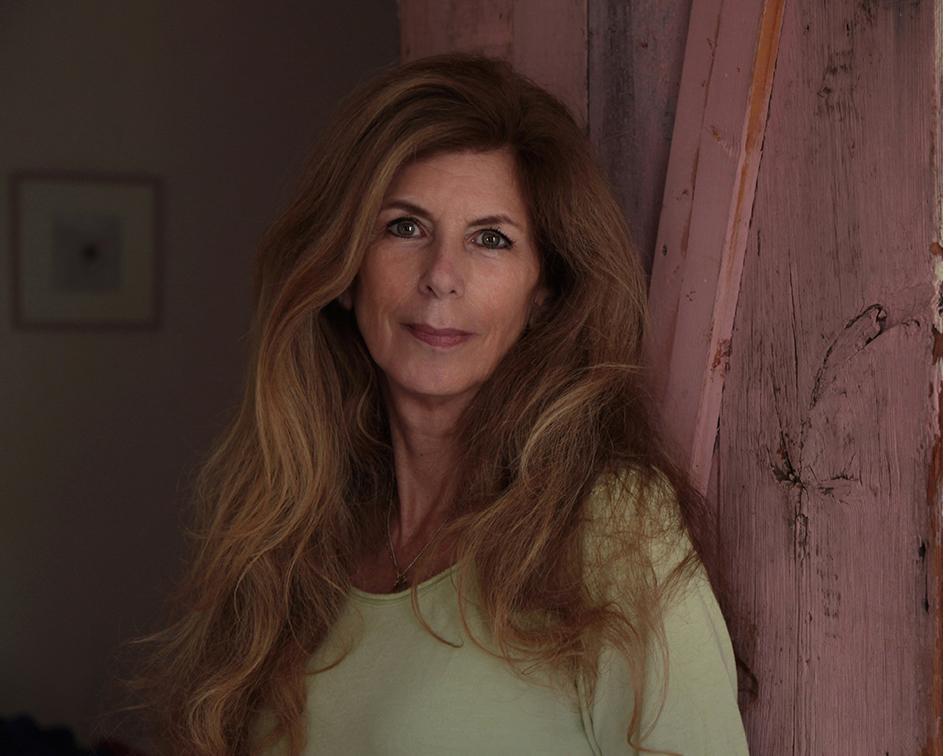