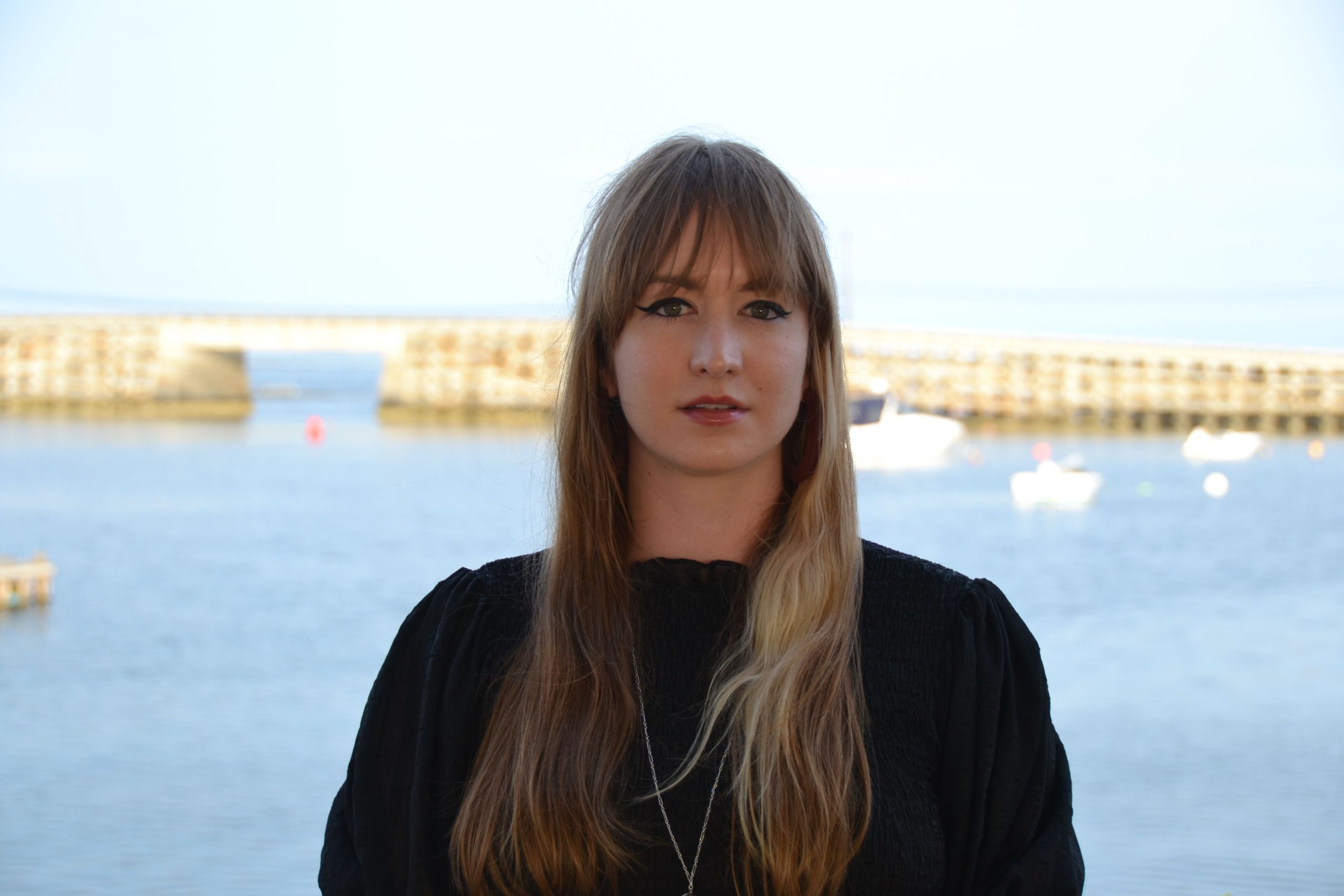 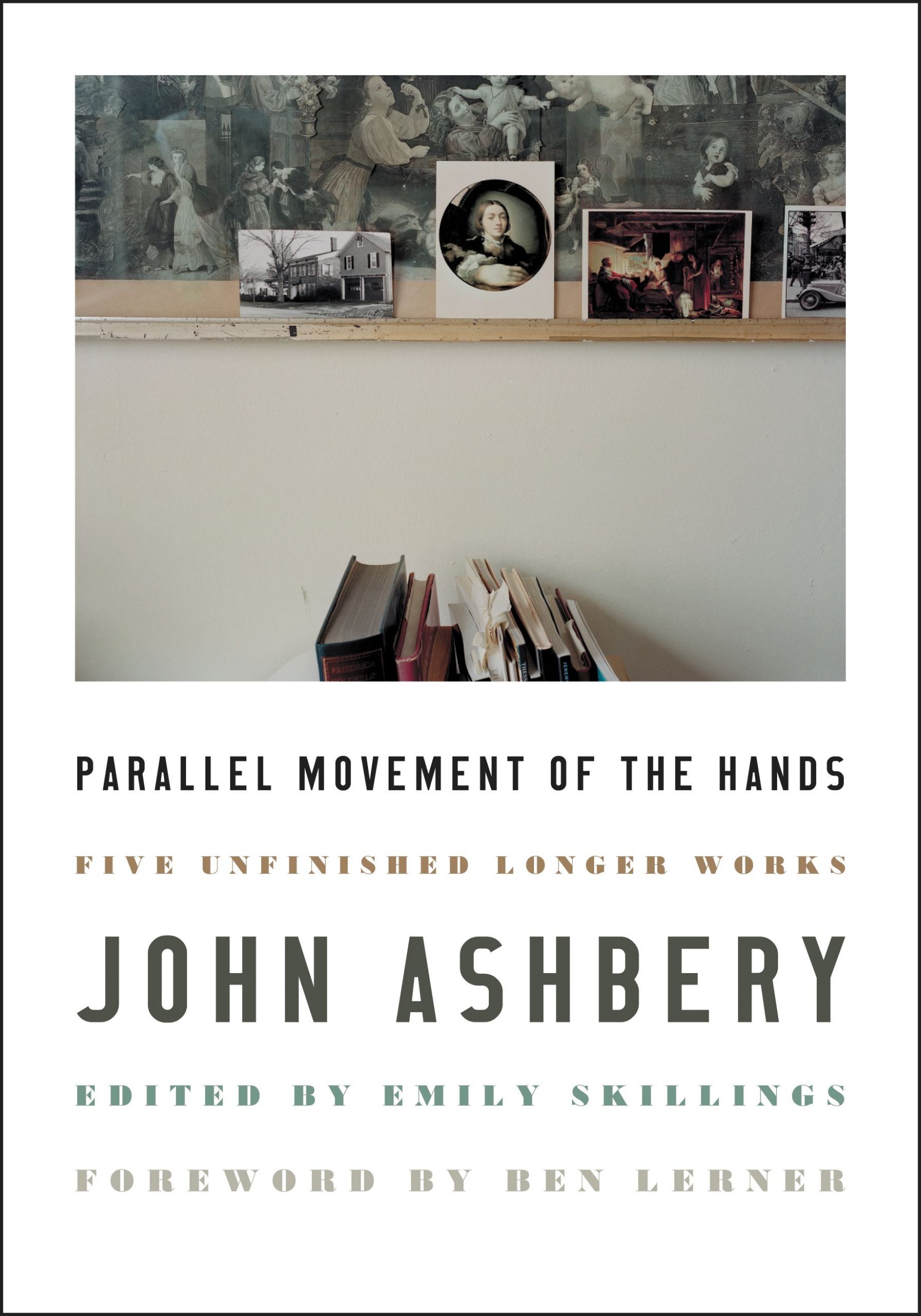 “Although her language sometimes suggests she is from another planet, Emily Skillings knows how history happens on ours.” —John Ashbery

“Emily’s just trying to make us watch better. I love this poet’s compulsive sense of risk, her sense of humor. I love her dread. I love her love of detail. Her revulsion. So finally, basing this opinion on my exploration of this one writer, I’ll say that bitches are smart. Emily Skillings is very special. I’ll keep reading her.” — Eileen Myles

“One of Skillings’s greatest charms is her saucy, nonchalant feminist discontent.” —Publishers Weekly

“Having been a dancer has made me a better poet, as I feel I am able to access sensation, gravity, gesture and space in a heightened way.” —Emily Skillings

Poet and dancer Emily Skillings is the author of the poetry collection Fort Not (The Song Cave, 2017), which Publishers Weekly called a “fabulously eccentric, hypnotic, and hypervigilant debut,” and was shortlisted for The Believer 2018 Poetry Prize. The judges’s citation read: “This book is replete with lines that reverberate, like echoing prayers, at once a promise from God and to God.” In Emily’s own words, “Some of the shared attentions and themes of the book include depression, gender, color, painting and visual art, toxic white femininity, cloudiness, somatic experience, cantankerousness, jealousy, sex, light, America, collage, feelings without names, looming dread, boredom, water.”

Skillings has also authored the chapbooks Backchannel (Poor Claudia, 2014) and Linnaeus: The 26 Sexual Practices of Plants. Of Backchannel, Todd Colby wrote: “delightful meditative mantra loops that leave me laugh-gasping with her ability to tickle and stab at the very same time. Skillings writes of canaries, shitsponges, bacteria rafts, and a site in Alaska known as “Dispersed Media Steepletop.” Who could ask for anything more? This chapbook is a funny and fierce debut worthy of your attention and love.”

She is recently the editor of John Ashbery’s posthumous collection of poems Parallel Movement of the Hands: Five Unfinished Longer Works. Skillings is currently at work on a book-length poem sequence called Mother of Pearl about the environment, “and whether or not I want to eventually have children.”

Skillings is a member of the Belladonna* Collaborative, a feminist poetry collective, small press, and event series.

Skillings is based in Brooklyn, NY.

Emily Skillings is the author of the poetry collection Fort Not and two chapbooks, Backchannel and Linnaeus: The 26 Sexual Practices of Plants. She is recently the editor of John Ashbery’s posthumous collection of poems Parallel Movement of the Hands: Five Unfinished Longer Works. Her poems can be found in Poetry, Harper’s, Boston Review, Brooklyn Rail, BOMB, Hyperallergic, The Rumpus, and jubilat. Skillings is a member of the Belladonna* Collaborative, a feminist poetry collective and small press. She received her MFA from Columbia University, where she was a Creative Writing Teaching Fellow in 2017, and has taught creative writing at Yale University, Columbia University School of the Arts, Parsons School of Design, Poets House, and through Brooklyn Poets. She is based in Brooklyn, NY.

“Fort Not is a savagely brilliant debut.” —John Ashbery

In her highly anticipated debut collection, Fort Not, Emily Skillings creates an “atmosphere for encounter,” akin to searching for meaning through lip-reading. We soon realize that these poems are speaking to us in tones that appear elegantly improvisational. And while the poems may “shout from the periphery,” it is not without reason, but because of their desire to direct the reader to a created space—a world that allows for “curved logic,” “that dirty, off-gold color,” “middle-class nausea,” and “metallic power” to coexist. The mysteries here embrace a natural, physical music, pulling us into a moving current of painted images, poetic histories, and draped bodies evaporating to reveal others behind them, as quickly as they appear.

• The Whole Self: Our Thirteenth Annual Look at Debut Poets — Poets & Writers

The first line is a row of girls,
twenty-five of them, almost
a painting, shoulders overlapping,
angled slightly toward you.
One says: I’m myself here.
The others shudder and laugh
through the ribbon core that strings
them. They make a tone tighter
by drumming on their thighs and
opening their mouths. The girls
are cells. The girls are a fence,
a fibrous network. One by one
they describe their grievances.
Large hot malfunctioning
machines lie obediently at their sides.
Their shirts are various shades
of ease in the surrounding air,
which is littered with small cuts.
One will choose you, press you
into the ground. You may never
recover. The second-to-last line
has a fold in it. The last line is
the steady pour of their names.

Every word in this poem is a dead body.
Each word dies as you read it
and floats behind in a wooden canoe
that covers itself with itself
to make a coffin. A white, historical plane
knits above the dead word to shroud
and replace it. The poem before (this) point
is streaming and invisible. The rivulets
on which the coffin boats float
move backward forever. That last word (word)
and then (last) (that) (forever) (backward)
(move)—you killed those words.
You actually wrote this poem in its own blood.
The poem was alive just a minute ago
and then you arrived. You walked (here)
sluggishly against the wind of the underworld
to push against each heavy body. I’m trying
to (protect) these (words) (from) you (with)
(special armor). If you view this entire poem
in a mirror you will see death at work
as you see bees behind glass in a hive.
That last line is from Cocteau’s Orphée,
a film in which we come to know
all poems are direct transmissions
from the dead. When I transcribed it I reversed
its screen death and then (you) came
and looked at it, sending it back
to this blank page, a banal trauma,
a repeated rest on nothing. 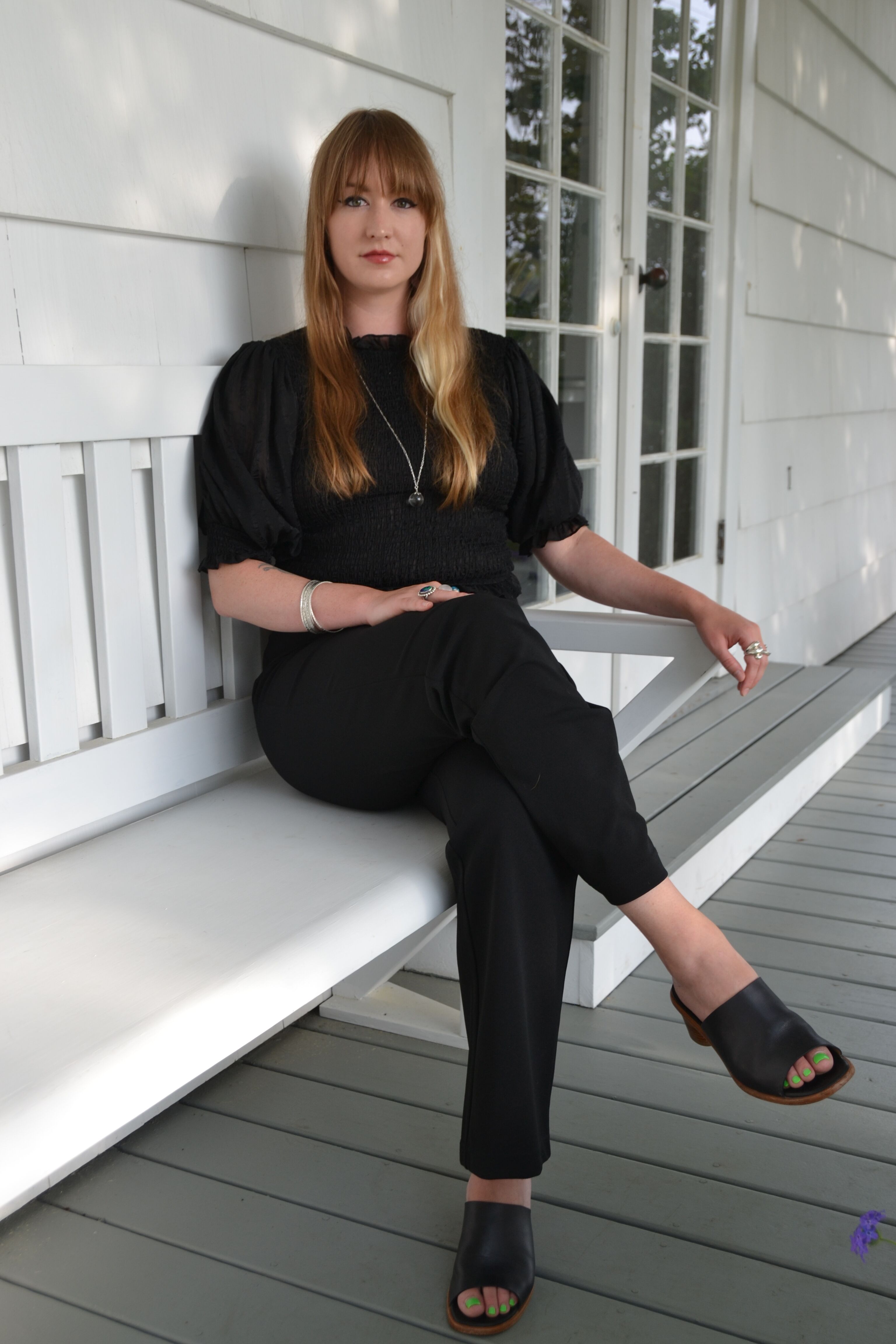 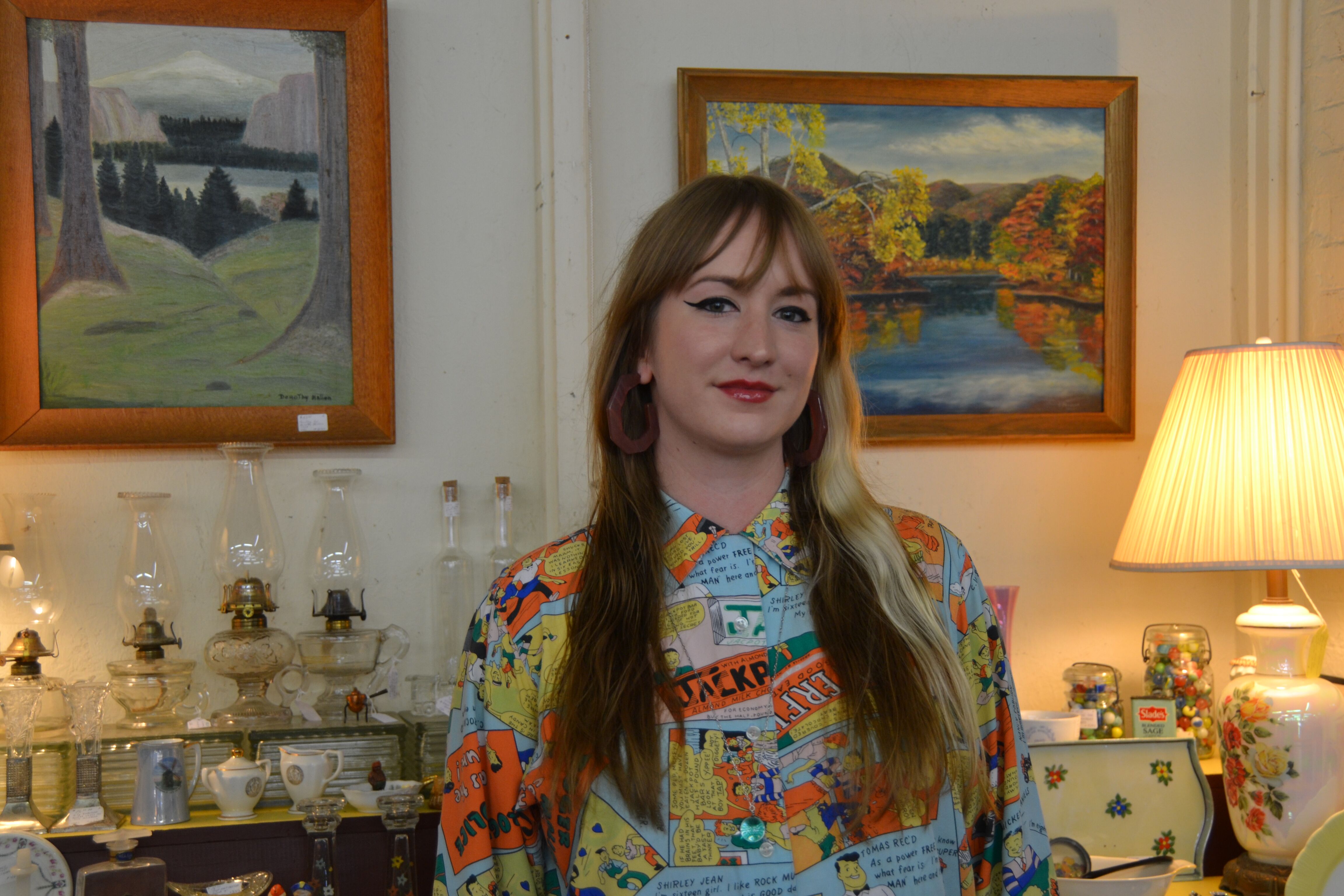 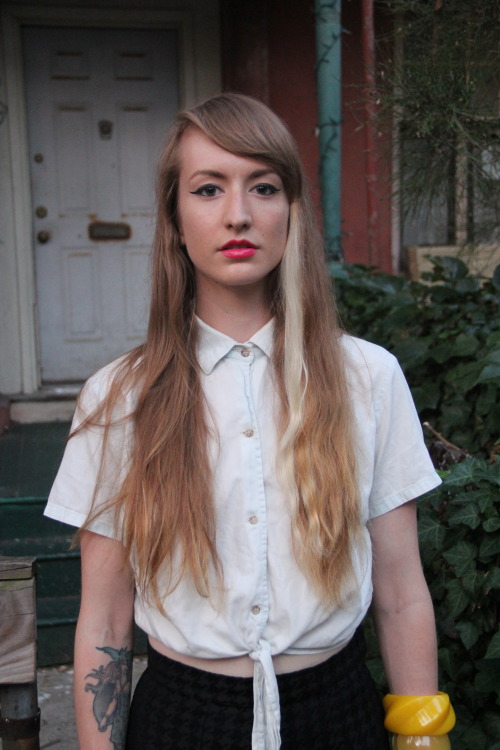