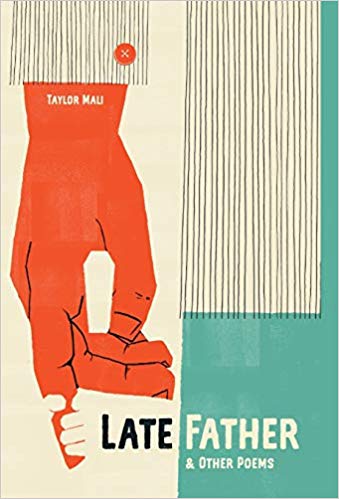 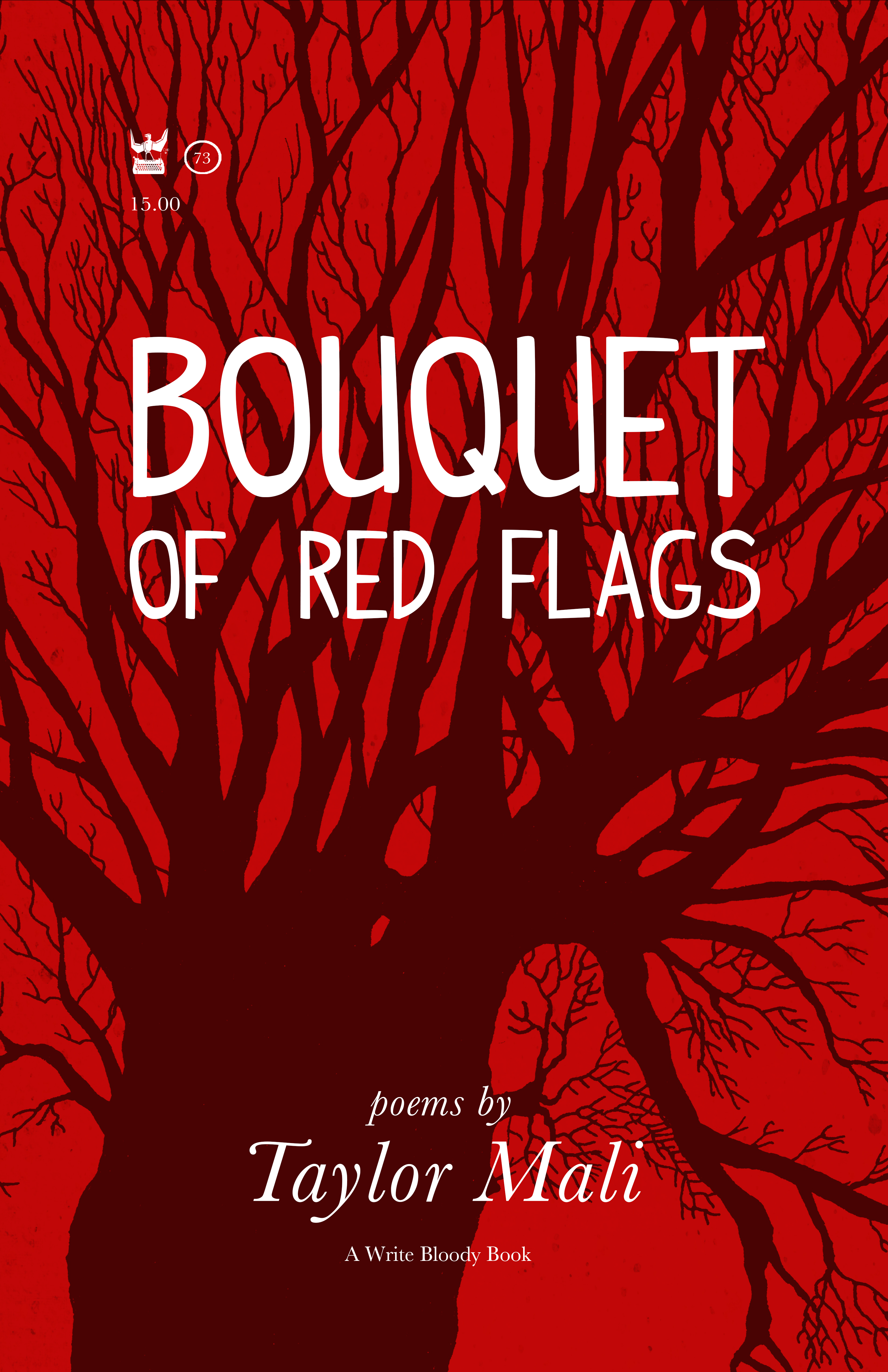 “To watch Mali is to watch a full-body poetic assault-with humor his central weapon.” —The Portland Phoenix

Taylor Mali is one of the most well-known poets to have emerged from the poetry slam movement. He is one of the few people in the world to have no job other than that of “poet.” Articulate, accessible, passionate, and downright funny, Mali studied drama in Oxford with members of The Royal Shakespeare Company and puts those skills of presentation to work in all his performances. He was one of the original poets to appear on the HBO series Russell Simmons Presents Def Poetry and was the “Armani-clad villain” of Paul Devlin’s 1997 documentary film SlamNation. His poem “What Teachers Make” has been viewed over 4 million times on YouTube and was quoted by the New York Times’ Thomas Friedman in one of his commencement addresses.

Mali is a vocal advocate of teachers and the nobility of teaching, having spent nine years in the classroom teaching everything from English and history to math and S.A.T. test preparation. He has performed and lectured for teachers all over the world; and in 2012 he reached his goal of creating one thousand new teachers through “poetry, persuasion, and perseverance.” Based on the poem that inspired a movement, his book of essays, What Teachers Make: In Praise of the Greatest Job in the World, is his passionate defense of teachers drawing on his own experiences, both in the classroom and as a traveling poet. Mali is a highly sought-after keynote speaker.

Born in New York City into a family whose members have lived there since the early 1600s, Taylor Mali is an unapologetic WASP, making him a rare entity in spoken word. He is the author of four books of poetry, Late Father and Other Poems (Quercus Review Press, 2018) Bouquet of Red Flags (Write Bloody Books, 2014), The Last Time As We Are (Write Bloody Books, 2009), and What Learning Leaves (Hanover, 2002); and four CDs of spoken word. His chapbook, The Whetting Stone, about the suicide death of his first wife, won the 2017 Rattle Chapbook Prize. The editors wrote, “Here, Mali’s familiar gifts for honesty and precision, so finely honed, have been turned inward, as he interrogates the limits of love, grief, guilt, and forgiveness. Brief as it is, this little book forges an epic journey of emotion, wisdom, and healing.”

Mali received a New York Foundation for the Arts Grant in 2001 to develop “Teacher! Teacher!,” a one-man show about poetry, teaching, and math that won the jury prize for best solo performance at the 2001 U. S. Comedy Arts Festival. Formerly president of Poetry Slam Incorporated, the non-profit organization that oversees all poetry slams in North America, Taylor Mali makes his living entirely as a spoken-word and voiceover artist these days, traveling around the country performing and teaching workshops as well as doing occasional commercial voiceover work. He has narrated several books on tape, including “The Great Fire” (for which he won the Golden Earphones Award for children’s narration).

Taylor Mali is one of the most well-known poets to have emerged from the poetry slam movement and one of the original poets to appear on the HBO series “Def Poetry Jam.” A four-time National Poetry Slam champion, he is the author of four collections of poetry and a chapbook, The Whetting Stone, which won the 2017 Rattle Chapbook Prize. He is the author of the acclaimed nonfiction book, What Teachers Make: In Praise of the Greatest Job in the World. In April of 2012, Mali donated 12 inches of his hair to the American Cancer Society Mali after convincing 1,000 people to become teachers. He lives in Brooklyn where he curates the Page Meets Stage reading series at the Bowery Poetry Club.

LATE FATHER AND OTHER POEMS (Poetry, 2018)
Parenthood and partnership dwell in Taylor Mali’s poems in addition to a “tender gloom” that comes from having lost a father years before finally becoming one, a late father. Mali’s signature playful eloquence and poignant observations are still at work here, but in these poems, Mali tells us, “all the smallest parts of me . . . can let down their tiny burdens all at once” (“My Sister Asks if She Can See More Grey”), and a wiser, more magnanimous voice emerges, a father’s voice, gently offering up a new invocation:

to write, and the world needs them no less.

Let my family if not my other works outlive me.

And to those who have survived the storm, forgive me.

(from “Sonnet on My Former Invocations”)

THE WHETTING STONE (Poetry, 2017)
In September of 2004, Rebecca Tauber Mali, the wife of performance poet Taylor Mali, killed herself by jumping out the window of their apartment in New York City. She was a teacher, and it was morning on the first day of school. In this haunting new collection of poems, Mali, once a teacher himself, explores her life and their love as well as the shape and texture of his own guilt and resilience. Grief, love, laughter, and forgiveness are all discovered to have foreign and unfamiliar limits in this plaintive collection. “I thought that I could save her (I was wrong)” confesses one of the more inscrutable voices circling inside Mali’s mind like guilt crows from an unfamiliar murder.

BOUQUET OF RED FLAGS (Poetry, 2014)
With the perfect blend of wit, eloquence, and honesty, Taylor Mali’s poems delight, haunt, and illuminate with equal measure every subject they celebrate. Bouquet of Red Flags is laced with more than the typical LSD (love, sex, divorce) of modern poetry. Here lie poems that elevate the overlooked daily miracles of coincidence (“The Luck I Crave”) as well as the blessings of loss and longing (“Love as a Form of Diving”). Whether employing form or rhyme or merely crafting the artful prose he is known for, Taylor Mali delivers entertaining epiphanies spiced with the “Deepest Condiments.”

The right book at the right time: an impassioned defense of teachers and why our society needs them now more than ever. Former middle-school teacher and teachers’ advocate, Taylor Mali struck a chord with his passionate response to a man at a dinner party who asked him what kind of salary teachers make—a poetic rant that has been seen and forwarded millions of times on Facebook, YouTube, and Twitter. Based on the poem that inspired a movement, What Teachers Make is Mali’s sharp, funny, reflective, critical call to arms about the joys of teaching and why teachers are so vital to America today. It’s a book that will be treasured and shared by every teacher in America—and everyone who’s ever loved or learned from one.

THE LAST TIME AS WE ARE (Poetry, 2009)
Taylor Mali captures in his irresistible persona and highly engaging poetry the experience of the independent school teacher that he once was: part inspiration, part nag, part coach and friend, part disciplinarian. Kids love him and his poetry…and so do adults, a combination of approbation that is unusual in today’s world.

THE NEW ASH ON THE ROOF OF OUR BUILDING

Haunted is an apartment where a woman lived.
Someone like your wife, or soon-to-have-been-ex-wife.
Do people even say such things?

Haunted is an apartment where a woman died.
Except instead of the apartment,
it’s the sidewalk outside six floors below,

the place where later candles and flowers
bloomed into a shrine of glitter and photographs,
pretty colored stones, and a carved wooden box.

We think of the dead as faded floating versions
of who they were in life—same grief, same need,
ghostly, doleful, disconsolate transparency,

except wearing sheets like gods, wraiths, or Romans—
maybe even Roman gods—revenants.
Do people even say such things?

I commit this notion to the earth with all the dead
flowers, pictures of you, haunted stones, and guilt.
I bury the carved wooden box like ashes.

I planted a flower in an open field
not far from my own grave, haunted,
except instead of a flower, it was a tree.

– from The Whetting Stone

When first you could not give me yours, mine
did not break because I thought you were a blessing,
blessings being sacred things over which one does not cry.

Later we met and kept meeting, on the streets of New York City,
I now the one with nowhere to put you, the one with the wife
who wasn’t you. Or well. I tried to hide what still I carried for you.

Which is to say, you know where I have been, every who
my heart has loved and lost, everything I have given up
in the name of going on. All of what is left of me is yours.

— from Bouquet of Red Flags

A grand piano wrapped in quilted pads by movers,
tied up with canvas straps—like classical music’s
birthday gift to the insane—
is gently nudged without its legs
out an eighth-floor window on 62nd street.

It dangles in April air from the neck of the movers’ crane,
Chopin-shiny black lacquer squares
and dirty white crisscross patterns hanging like the second-to-last
note of a concerto played on the edge of the seat,
the edge of tears, the edge of eight stories up going over, and
I’m trying to teach math in the building across the street.

Who can teach when there are such lessons to be learned?
All the greatest common factors are delivered by
long-necked cranes and flatbed trucks
or come through everything, even air.
Like snow.

See, snow falls for the first time every year, and every year
my students rush to the window
as if snow were more interesting than math,
which, of course, it is.

Let me teach like a Steinway,
spinning slowly in April air,
so almost-falling, so hinderingly
dangling from the neck of the movers’ crane.
So on the edge of losing everything.