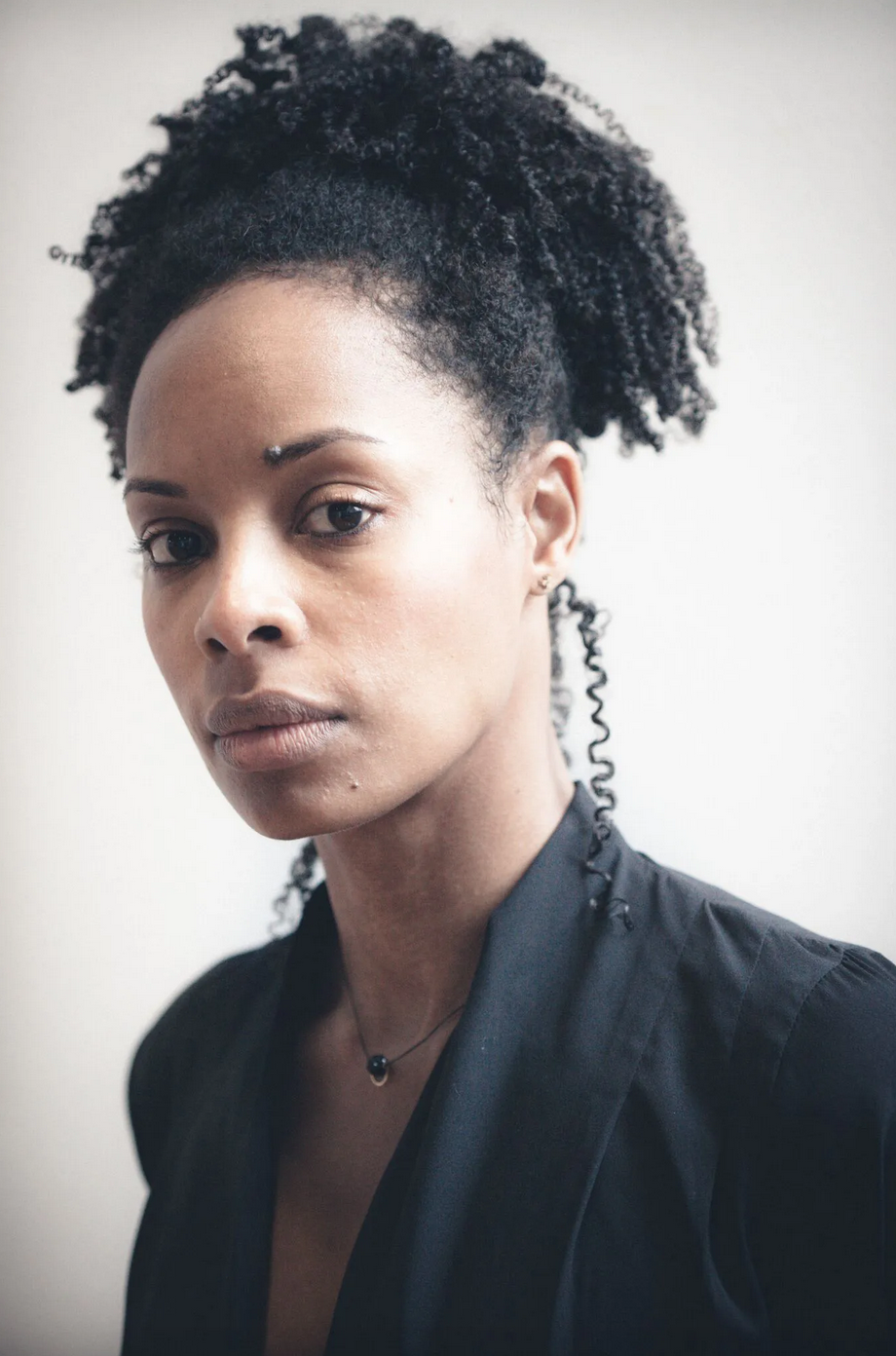 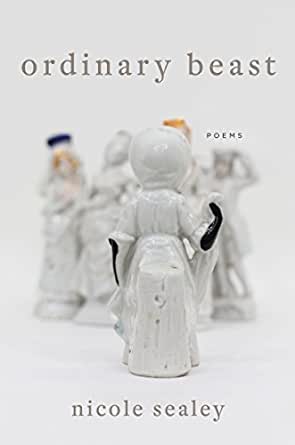 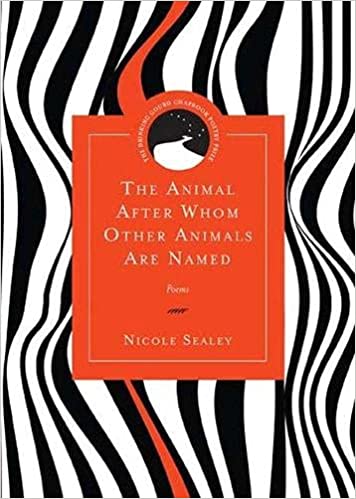 “Nicole Sealey is one of today’s most interesting poets. She steers us on a fantastic voyage through her infinitely brilliant mind.” —Essence Magazine

“A balm for and protectant against the hazards of modernity.” –Publishers Weekly

“Nicole Sealey is a poet for the ages.”
—Tracy K. Smith

Nicole Sealey was born in St. Thomas, United States Virgin Islands, and raised in Apopka, Florida. She is the author of Ordinary Beast (Ecco, 2017), which was a finalist for the PEN Open Book Award and the Hurston/Wright Legacy Award. Her chapbook, The Animal After Whom Other Animals are Named (Northwestern University Press, 2016), was the winner of the 2016 Drinking Gourd Chapbook Prize.

In his review of Sealey’s debut full-length collection, Ordinary Beast, Hamilton Cain noted, “Ordinary Beast showcases a versatile artist as she plumbs an array of themes — racial injustice and gender marginalization — by appropriating forms popularized by dead white guys: Plutarch, Shakespeare, Donne. Her variations are vigorous, beguiling. Ordinary Beast is a triumph, and we can look forward to future spectacular work from this extravagantly gifted poet.” Claudia Rankine observes, “Though these poems are attuned to their own devastation, they continue unapologetically with their own aspirations.”

Sealey’s honors include the 2021 Forward Prize for Best Single Poem, the 2021 Granum Foundation Prize, a Rome Prize from the American Academy in Rome, a Hodder Fellowship from Princeton University, the Stanley Kunitz Memorial and Poetry International Prizes, as well as fellowships from the Bogliasco Foundation, Bread Loaf Writers’ Conference, CantoMundo, Cave Canem, The Hermitage Artist Retreat, MacDowell, the National Endowment and New York Foundation for the Arts, and the Poetry Project.

Sealey served as the Executive Director at Cave Canem Foundation from 2017–2019. She received an MFA from New York University and an MLA in Africana studies from the University of South Florida. She lives in Brooklyn, New York.

Nicole Sealey was born in St. Thomas, United States Virgin Islands, and raised in Apopka, Florida. She is the author of Ordinary Beast (Ecco, 2017), which was a finalist for the PEN Open Book and Hurston/Wright Legacy Award. Sealey’s chapbook, The Animal After Whom Other Animals are Named (Northwestern University Press, 2016), was the winner of the 2016 Drinking Gourd Chapbook Prize. In 2019, Sealey was named a 2019-2020 Hodder Fellow at Princeton University. She has received fellowships and awards from the American Academy in Rome, the Forward Foundation, CantoMundo, Cave Canem Foundation, the National Endowment and New York Foundation for the Arts, an Elizabeth George Foundation, among others. She was the Executive Director at Cave Canem Foundation from 2017–2019. Sealey lives in Brooklyn, New York.

“These are poems of thrilling sonic and syntactical play, formal dexterity, mythmaking, and delight in the ordinary rendered strange by new juxtapositions.” —Natasha Trethewey

The existential magnitude, deep intellect, and playful subversion of St. Thomas-born, Florida-raised poet Nicole Sealey’s work is restless in its empathic, succinct examination and lucid awareness of what it means to be human. The ranging scope of inquiry undertaken in Ordinary Beast—at times philosophical, emotional, and experiential—is evident in each thrilling twist of image by the poet. In brilliant, often ironic lines that move from meditation to matter of fact in a single beat, Sealey’s voice is always awake to the natural world, to the pain and punishment of existence, to the origins and demises of humanity. Exploring notions of race, sexuality, gender, myth, history, and embodiment with profound understanding, Sealey’s is a poetry that refuses to turn a blind eye or deny. It is a poetry of daunting knowledge.

The Animal After Whom Other Animals Are Named

At turns humorous and heartbreaking, The Animal After Whom Other Animals Are Named explores in both formal and free verse what it means to die, which is to say, also, what it means to live. In this collection, Sealey displays an exquisite sense of the lyric, as well as an acute political awareness. Never heavy-handed or dogmatic, the poems included in this slim volume excavate the shadows of both personal and collective memory and are, at all points, relentless. To quote the poet herself, here is a debut as luminous and unforgiving “as the unsparing light at tunnel’s end.”

• Every Poem Is a Love Poem to Something: An Interview with Nicole Sealey – Paris Review

• An Interview with Nicole Sealey – The Brooklyn Rail

• Read “Pages 22-29, an excerpt from The Ferguson Report: An Erasure” – Forward Arts

• Read “A Violence” by Nicole Sealey – The New Yorker

Scientists say the average human
life gets three months longer every year.
By this math, death will be optional. Like a tie
or dessert or suffering. My mother asks
whether I’d want to live forever.
“I’d get bored,” I tell her. “But,” she says,
“there’s so much to do,” meaning
she believes there’s much she hasn’t done.
Thirty years ago she was the age I am now
but, unlike me, too industrious to think about
birds disappeared by rain. If only we had more
time or enough money to be kept on ice
until such a time science could bring us back.
Of late my mother has begun to think life
short-lived. I’m too young to convince her
otherwise. The one and only occasion
I was in the same room as the Mona Lisa,
it was encased in glass behind what I imagine
were velvet ropes. There’s far less between
ourselves and oblivion—skin that often defeats
its very purpose. Or maybe its purpose
isn’t protection at all, but rather to provide
a place, similar to a doctor’s waiting room,
in which to sit until our names are called.
Hold your questions until the end.
Mother, measure my wide-open arms—
we still have this much time to kill.