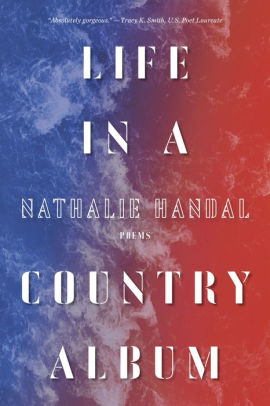 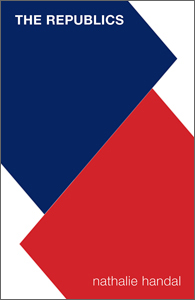 “This cosmopolitan voice belongs to the human family, and it luxuriates in crossing necessary borders. One of the most important voices of her generation.” —Yusef Komunyakaa

“It’s with startling force that Handal builds an architecture for the wanderer.” —Washington Independent Review of Books

“Handal is a brilliant, poetic chronicler of the human condition and a philosopher of the most lyrical reaches.” —Pleiades

“A contemporary Orpheus, she hymns our most urgent and ineffable truths.” —Clare Messud

Nathalie Handal was raised in Latin America, France and the Middle East, and educated in Asia, the United States, and the United Kingdom. Poet, playwright, nonfiction and literary travel writer, Handal’s work has appeared in Vanity Fair, Guernica Magazine, The Guardian, The New York Times, The Nation, The Irish Times, Virginia Quarterly Review, on PBS and NPR, among others. Handal’s poetry draws on her experiences of dislocation, home, travel, and exile. Critic Catherine Fletcher writes, “While alternating stylistically between the narrative—tinged by the Romantic tradition—and the slightly surreal, much of Handal’s work is also marked by various forms of fragmentation. Within poems from all her collections, she often deconstructs the bodies of her subjects into their parts and houses into their elements: doors, walls, and windows.”

Life in a Country Album (2019) is a soundtrack of the global cultural landscape—borders and citizenship, hybrid identities and home, freedom and pleasure. It’s a vast and moving look at the world, at what home means, and the ways we coexist in an increasingly divided world. “I love how the desire and longing running through these poems reaches me via the collection’s many voices and cityscapes, and—most poignantly—via the borders between bodies, nations and hearts,” says Tracy K. Smith. With this collection, Handal affirms herself as one of our most diverse and important contemporary poets. The flash collection The Republics (2015) is lauded as “one of the most inventive books by one of today’s most diverse writers” and is winner of the Virginia Faulkner Award for Excellence in Writing and the Arab American Book Award. Handal’s recent works include the bestselling bilingual collection La estrella invisible / The Invisible Star (2014); the critically acclaimed Poet in Andalucía (2012); and Love and Strange Horses (2010), winner of the Gold Medal Independent Publisher Book Award, which The New York Times notes is “a book that trembles with belonging (and longing).”

Handal has promoted international literature through her translation and research. She edited the groundbreaking classic The Poetry of Arab Women: A Contemporary Anthology (2001), which was awarded the PEN Oakland Josephine Miles Book Award and named one of the top 10 Feminist Books by The Guardian, and co-editor of the landmark anthology Language for a New Century: Contemporary Poetry from the Middle East, Asia & Beyond (2008) with Tina Chang. Nathalie has worked on over twenty theatrical productions in assorted roles as a playwright, director, or producer. Handal is the author of eight plays: her most recent works have been produced at The John F. Kennedy Center for the Performing Arts, the Bush Theatre, and at Westminster Abbey in London.

Handal is a Lannan Foundation Fellow, Pen International Croatia Fellow, Centro Andaluz de las Letras Fellow, Fondazione di Venezia Fellow, winner of the Alejo Zuloaga Order in Literature, and Honored Finalist for the Gift of Freedom Award. In 2017, she was included as one of the 100 Outstanding Contributors to their Fields exhibition, inaugurated in the United Nations in New York and Geneva. She is a professor at Columbia University, and a Visiting Writer at the American University of Rome. She writes the literary travel column The City and the Writer for Words without Borders and resides in New York City.

Poet, playwright, nonfiction and literary travel writer, Nathalie Handal was raised in Latin America, France and the Middle East, and educated in Asia, the United States, and the United Kingdom. Her poetry collections are Life in a Country Album, The Republics, Poet in Andalucía, and Love and Strange Horses, winner of the Gold Medal Independent Publisher Book Award. She is the author of eight plays and editor of two anthologies including the groundbreaking classic The Poetry of Arab Women: A Contemporary Anthology, winner of the PEN Oakland Josephine Miles Book Award. She writes the literary travel column The City and the Writer for Words without Borders and resides in New York City. She is a professor at Columbia University, and a Visiting Writer at the American University of Rome.

From migrations to pop culture, loss to la dérive, Life in a Country Album is a soundtrack of the global cultural landscape—borders and citizenship, hybrid identities and home, freedom and pleasure. It’s a vast and moving look at the world, at what home means, and the ways we coexist in an increasingly divided world. These poems are about the dialects of the heart—those we are incapable of parting from, and those that are largely forgotten. Life in a Country Album is a vital book for our times. With this beautiful, epic collection, Handal affirms herself as one of our most diverse and important contemporary poets.

The Republics is a massively brilliant new work. It’s gripping, harrowing, and at times horrific, while its form paradoxically is fresh, luscious, and original. Handal has recorded like Alice Walker, Paul Celan, John Hershey, and Carolyn Forché, some of the worst civilization has offered humankind and somehow made it art.— Sapphire

Handal’s fifth collection of poetry features her signature “flash reportages”—a patchwork of powerful blocks of monologue and narrative, the poems tell stories of Haitians and Dominicans with vivid honest. Threaded with Spanish and Haitian Creole, Handal’s The Republics artfully captures the desire, the rawness of life, and the “misery that burns the soul” of the people she encounters.

“In The Lives of Rain, Nathalie Handal has brought forth a work of radical displacement and uncertainty, moving continent to continent, giving voice to Palestinians of the diaspora in the utterance of one fiercely awake and compassionate, who, against warfare, occupation and brutality offers her native language, olives, wind, a herd of sheep or a burning mountain, radio music, a butterfly’s gaze. It is a poetry of never arriving, of villages erased from the maps, of tattoed waistlines and kalishnikovs, a goat and a corpse cut open side by side, where every house is a prison. In a spare, chiseled language without ornament, she writes an exilic lyric, fusing Arabic, English, Spanish and French into a polyglot testament of horror and survival. Habibti, que tal? she asks of those who wander country to country, while those left behind in Jenin, Gaza City, and Bethlehem inhabit a continued past of blood/ of jailed cities. Her subject is memory and forgetting, the precariousness of identity and the fragility of human community; it is the experience of suffering without knowledge of its end. Handal is a poet of deftly considered paradoxes and reversals, sensory evocations and mysteries left beautifully unresolved. Hers is a language seared by history and marked by the impress of extremity; so it is suffused with a rare species of wisdom.”– Carolyn Forché

LANGUAGE FOR A NEW CENTURY: CONTEMPORARY POETRY FROM THE MIDDLE EAST, ASIA, & BEYOND (Poetry Anthology, 2008)

A landmark anthology, providing the most ambitious, far-reaching collection of contemporary Asian and Middle Eastern poetry available. Language for a New Century celebrates the artistic and cultural forces flourishing today in the East, bringing together an unprecedented selection of works by South Asian, East Asian, Middle Eastern, and Central Asian poets as well as poets living in the Diaspora. Some poets, such as Mahmoud Darwish and Bei Dao, are acclaimed worldwide, but many more will be new to the reader. The collection includes 400 unique voices from 55 countries writing in 40 different languages—political and apolitical, monastic and erotic—that represent a wider artistic movement that challenges thousand-year-old traditions, broadening our notion of contemporary literature. Each section of the anthology–organized by theme rather than national affiliation–is preceded by a personal essay from the editors that introduces the poetry and invokes the readers to examine their own identities in light of these powerful poems. In an age of violence and terrorism–often predicated by cultural ignorance–this anthology is a bold declaration of shared humanness and devotion to the transformative power of art.

• Read “My East in Venice: piecing together a fragmented Palestinian family”— Guernica

THE UNNATURAL APOLOGIE OF SHADOWS

We apologize for the fear
growing out of our ribs

Apologize for the numbers
still etched on our tongues

• A Queens Poet Without Borders – The Wall Street Journal

• Crucifixion: Nathalie Handal on being Palestinian, writing and enduring love — The Guardian