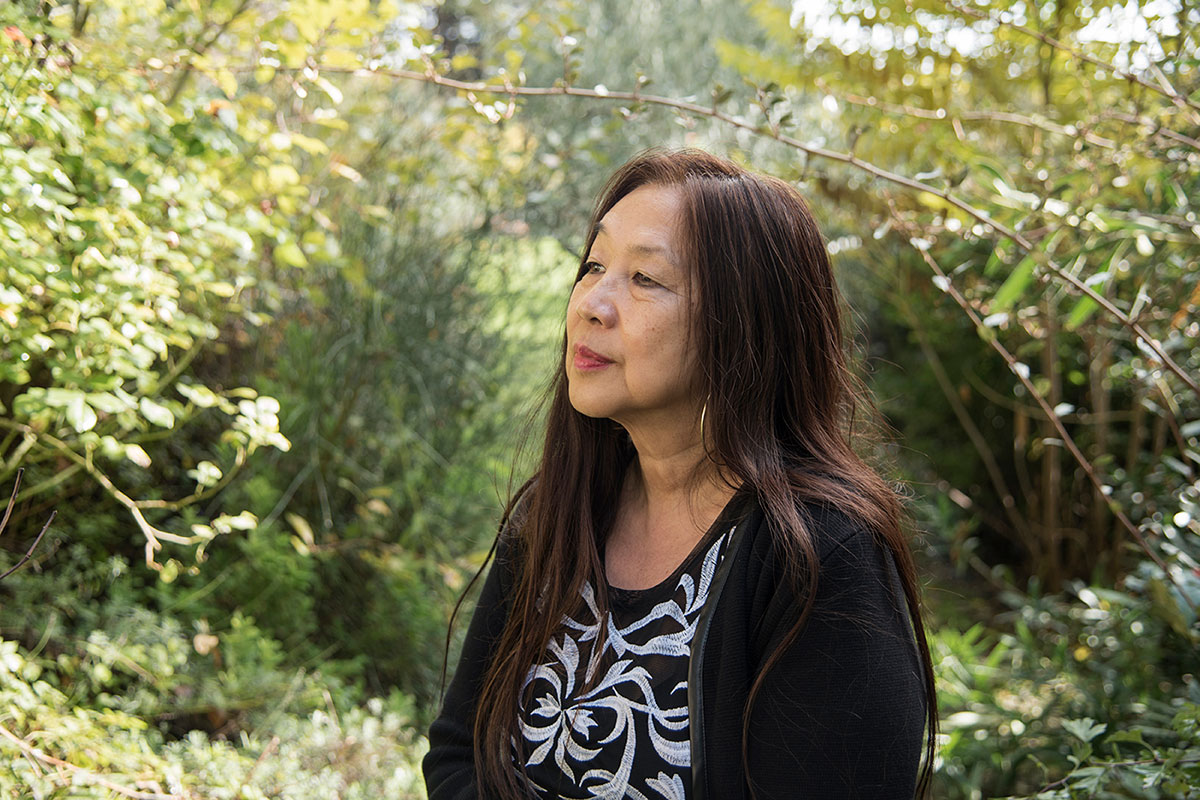 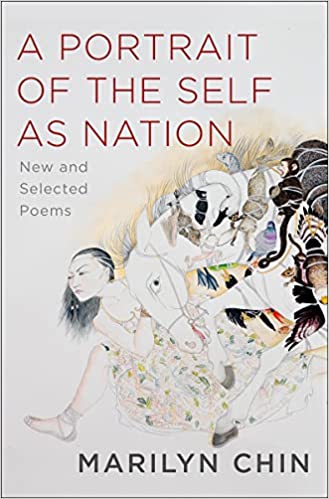 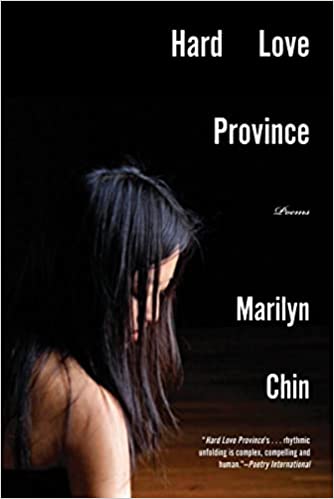 “Marilyn Chin’s poems excite and incite the imagination through their brilliant cultural interfacings, their theatre of anger, their compassion, and their high mockery of wit. Reading her, our sense of the possibilities of poetry is opened further, and we feel again what an active, powerful art it can be.” ―Adrienne Rich

Marilyn Chin is the award-winning poet and author of Rhapsody in plain yellow (2003), Hard Love Province (2014), and A Portrait of the Self As Nation (2018), among others. Born in Hong Kong and raised in Portland, Oregon, Chin’s works have become Asian American classics and are taught in classrooms internationally. Contemporary Women Poets essayist Anne-Elizabeth Green observed, “The pains of cultural assimilation infuse [Chin’s] poems.” She is also the author of the novel Revenge of the Mooncake Vixen (2009). In addition to writing poetry and fiction, she has translated poems by the modern Chinese poet Ai Qing and co-translated poems by the Japanese poet Gozo Yoshimasu.

She is Professor Emerita at San Diego State University and presently serves as a Chancellor at the Academy of American Poets.

Marilyn Chin was born in Hong Kong. She is the author of five poetry collections and a novel. She is the winner of the Anisfield-Wolf Book Award, the PEN Oakland/Josephine Miles Literary Award, and a Radcliffe Institute fellowship, among other honors. Presently, she serves as a chancellor of the Academy of American Poets and lives in San Diego.

A Portrait of the Self as Nation: New and Selected Poems

Spanning thirty years of dazzling work―from luminous early love lyrics to often-anthologized Asian American identity anthems, from political and subversive hybrid forms to feminist manifestos―A Portrait of the Self as Nation is a selection from one of America’s most original and vital voices. Marilyn Chin’s passionate, polyphonic poetry travels freely from the personal to the mythic, from the political to the spiritual. Deeply engaged with the complexities of cultural assimilation, feminism, and the Asian American experience, she spins precise, beautiful metaphors as she illuminates hard-hitting truths.

In poems that are direct and passionately charged, Marilyn Chin raises her voice against systems of oppression even as her language shines with devastating power and beauty. Image after image, line by line, Chin’s masterfully reinvented quatrains, sonnets, allegories, and elegies are unforgettable.

Chin’s fourth volume of poems, Hard Love Province, is composed of erotic elegies in which the speaker grieves for the loss of her beloved. In “Void” she writes with the imagistic, distilled quietude of a solitary mourner: “It’s not that you are rare / Nor are you extraordinary // O lone wren sobbing on the bodhi tree / You are simple and sincere.” In “Formosan Elegy,” by contrast, she is that mourner, beyond simplicity or quietude, crying out for a lover: “I sing for you but my tears have dried in my gullet / Walk the old dog give the budgies a cool bath / Cut a tender melon let it bleed into memory.”

Here, too, are poems inspired by Chin’s poetic forbearers and mentors―Dickinson, Plath, Ai, Gwendolyn Brooks, Tu Fu, Adrienne Rich, and others―honoring their work and descrying the global injustice they addressed. “Whose life is it anyway?” she asks in a poem for Rich, “She born of chrysalis and shit / Or she born of woman and pain?” 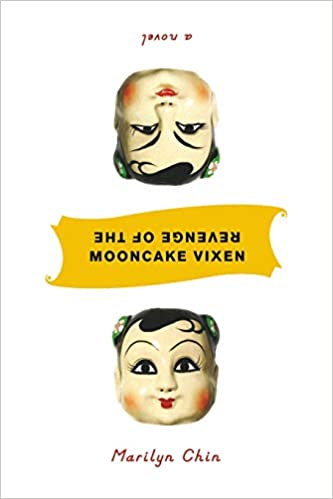 Revenge of the Mooncake Vixen: A Manifesto in 41 Tales

Raucous twin sisters Moonie and Mei Ling Wong are known as the “double happiness” Chinese food delivery girls. Each day they load up a “crappy donkey-van” and deliver Americanized (“bad”) Chinese food to homes throughout their southern California neighborhood. United in their desire to blossom into somebodies, the Wong girls fearlessly assert their intellect and sexuality, even as they come of age under the care of their dominating, cleaver-wielding grandmother from Hong Kong. They transform themselves from food delivery girls into accomplished women, but along the way they wrestle with the influence and continuity of their Chinese heritage. 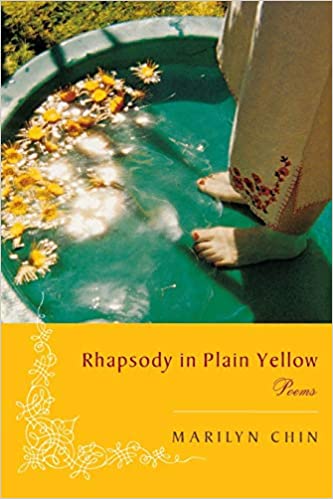 Marilyn Chin, with her multilayered, multidimensional, intercultural singing, elegizes the loss of her mother and maternal grandmother and tries to unravel the complexities of her family’s past. She tells of the trials of immigration, of exile, of thwarted interracial love, and of social injustice. Some poems recall the Confucian “Book of Songs,” while others echo the African American blues tradition and Western railroad ballads. The title poem references the Han Dynasty rhapsody but is also a wild, associative tour de force. Political allegories sing out with personal revelations. Personal revelations open up to a universal cry for compassion and healing. These songs emerge as a powerful and elegant collection: sophisticated yet moving, hard-hitting yet refined.

• On A Portrait of the Self as Nation: New and Selected Poems – Kenyon Review

• Read “How I Got That Name” by Marilyn Chin – Poets.org

The Floral Apron by Marilyn Chin

The woman wore a floral apron around her neck,
that woman from my mother’s village
with a sharp cleaver in her hand.
She said, “What shall we cook tonight?
Perhaps these six tiny squid
lined up so perfectly on the block?”

She wiped her hand on the apron,
pierced the blade into the first.
There was no resistance,
no blood, only cartilage
soft as a child’s nose. A last
iota of ink made us wince.

Suddenly, the aroma of ginger and scallion fogged our senses,
and we absolved her for that moment’s barbarism.
Then, she, an elder of the tribe,
without formal headdress, without elegance,
deigned to teach the younger
about the Asian plight.

And although we have traveled far
we would never forget that primal lesson
—on patience, courage, forbearance,
on how to love squid despite squid,
how to honor the village, the tribe,
that floral apron. 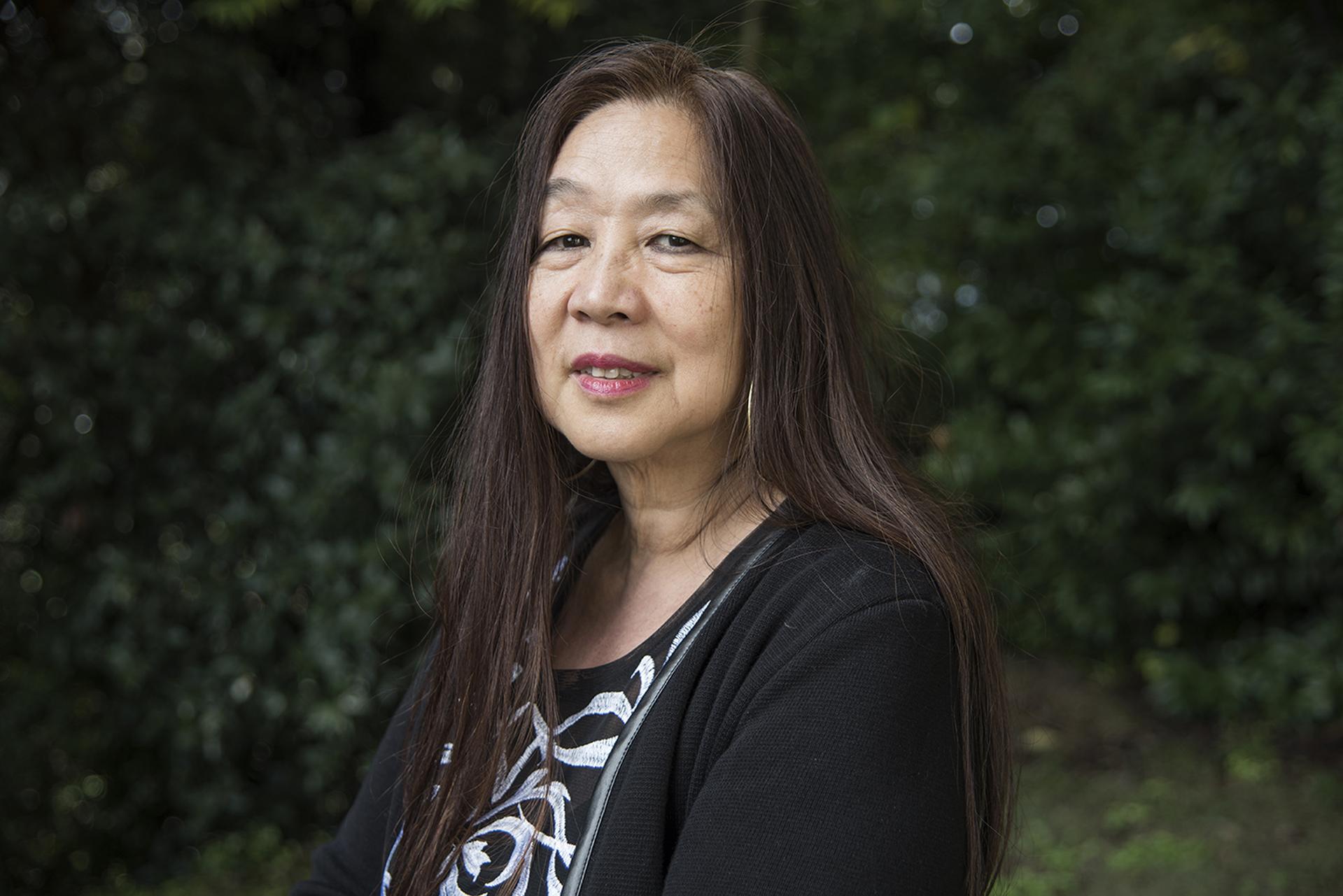 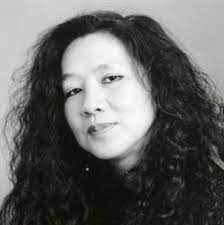