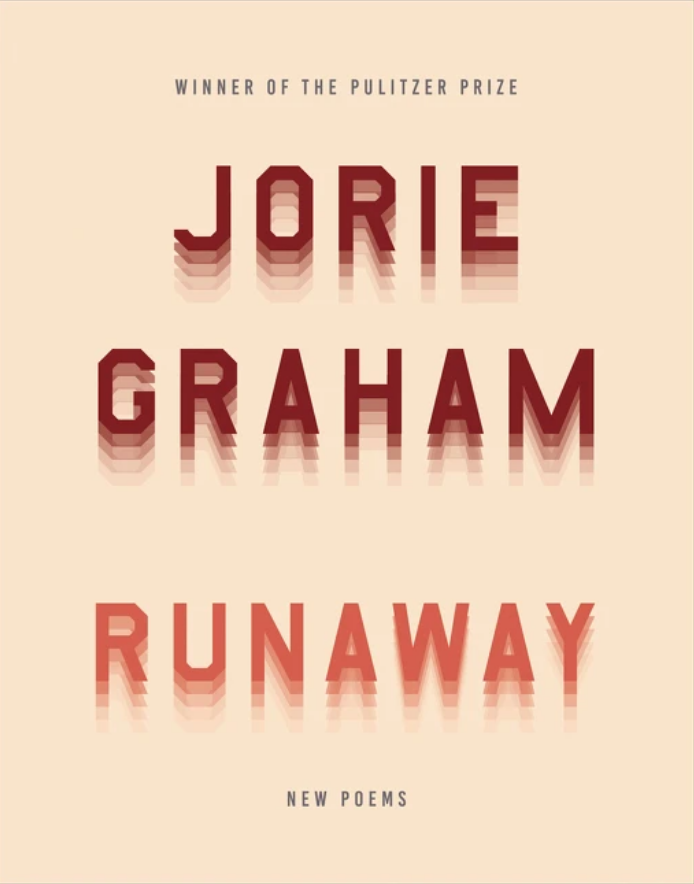 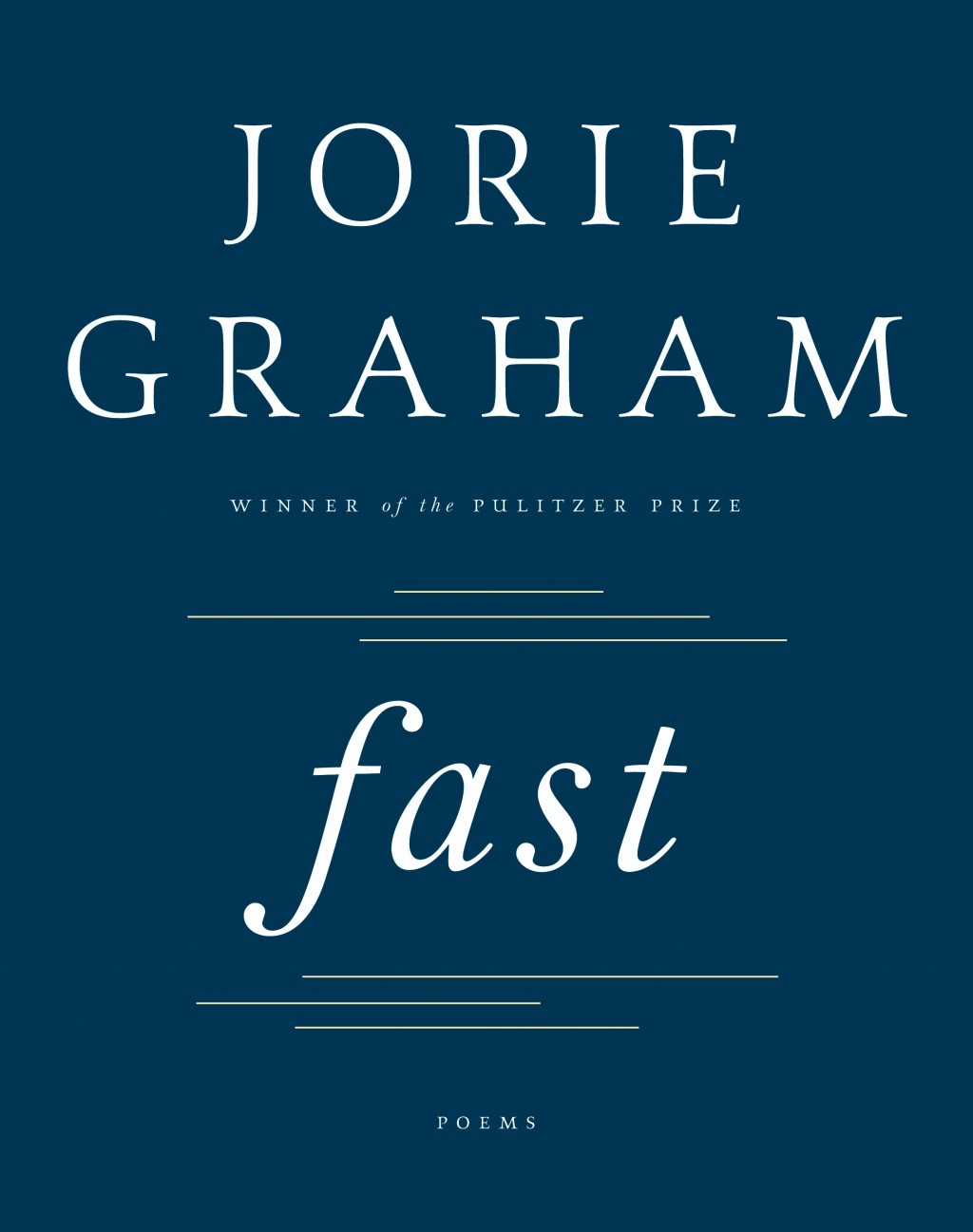 “Graham’s work pulls forward our mythical, historical, environmental, and personal narratives in order to inhabit our most ordinary and collective experiences. Hers is the patience of the return; repetition in her work unearths the nuances of fundamental desires to live, to love, to be.” —Claudia Rankine

“One of the most intelligent poets in the language . . . [Graham] is like no one else, neither in her rhythms nor in her insistence on opening up, scrutinizing, and even reversing our experience of time and space.” —Times Literary Supplement

“Graham stands among a small group of poets (Dickinson, Hopkins, Moore), whose styles are so personal that the poems seem to have no author at all: they exist as self-made things.” —The Nation

With her many collections of poetry, it is said that Jorie Graham has invented a new poetic language—at once lyrical and analytical, sensuous and philosophical, shifting between acceleration and breaking. Rejecting the conventional lyric, Graham creates poems that range across the page and across human experiences, dramas of faith, perception, and emotion. Her poems press language to the breaking point, but out of the ruins emerges a startling new world. As she puts it: “the infinite variety of having once been, / of being, of coming to life, right there in the thin air.”

Graham’s many honors include a John D. and Catherine T. MacArthur Fellowship and the Morton Dauwen Zabel Award from The American Academy and Institute of Arts and Letters. She is the recipient of the 2017 Wallace Stevens Award. Commenting on Graham’s expansive work, Academy of American Poets Chancellor Claudia Rankine says: “Her masterful poems traverse almost four decades of inquiry into what it means to be in relation. Her work pulls forward our mythical, historical, environmental, and personal narratives in order to inhabit our most ordinary and collective experiences. Hers is the patience of the return; repetition in her work unearths the nuances of fundamental desires to live, to love, to be. Clear-eyed and with a scope that encompasses what is both known and unknown, her fifteen collections have built towards a brilliant insistence on presence.” In 2013 she received the prestigious thirty-eighth Nonino Prize. In 2016, Graham won the LA Times Book Award Prize in Poetry for From the New World. She has taught at the University of Iowa Writers’ Workshop and is currently the Boylston Professor of Rhetoric and Oratory at Harvard University. She served as a Chancellor of The Academy of American Poets from 1997 to 2003. She lives in Cambridge, Massachusetts, and in the Litchfield Hills of Connecticut.

Jorie Graham is the author of numerous collections of poetry, including Runaway, From the New World: Poems 1976-2014, Place, which won the Forward Prize in 2012, and The Dream of the Unified Field: Selected Poems 1974-1994, winner of the 1996 Pulitzer prize for Poetry. Her other poetry collections include Fast, Sea Change, Overlord, Never, Swarm, The Errancy, Materialism, Region of Unlikeness, The End of Beauty, Erosion, and Hybrids of Plants and Ghosts. She served as a Chancellor of the Academy of American Poets from 1997 to 2003 and has also edited two anthologies, Earth Took of Earth: 100 Great Poems of the English Language and Best American Poetry 1990. She is the Boylston Professor of Rhetoric and Oratory at Harvard University, the first woman to be awarded the position.

RUNAWAY (Poetry, 2020)
In her formidable and clairvoyant new collection, Runaway, Jorie Graham deepens her vision of our futurity. What of us will survive? Identity may be precarious, but perhaps love is not? Keeping pace with the desperate runaway of climate change, social disruption, our new mass migrations, she struggles to reimagine a habitable present—a now—in which we might endure, wary, undaunted, ever-inventive, “counting silently towards infinity.” Graham’s essential voice guides us fluently “as we pass here now into the next-on world,” what future we have surging powerfully through these pages, where the poet implores us “to the last be human.”

“Graham’s great body of work has more of life and of the world than that of almost any other poet now writing. . . . She is to post-1980 poetry what Bob Dylan is to post-1960 rock: she changed her art form, moved it forward, made it able to absorb and express more than it could before. It permanently bears her mark.” —New York Times

In her first new collection in five years—her most exhilarating, personal, and formally inventive to date—Graham explores the limits of the human and the uneasy seductions of the post-human. Conjuring an array of voices and perspectives—from bots, to the holy shroud, to the ocean floor, to a medium transmitting from beyond the grave—these poems give urgent form to the ever-increasing pace of transformation of our planet and ourselves. As it navigates cyber life, 3D-printed “life,” life after death, biologically, chemically, and electronically modified life, Fast lights up the border of our new condition as individuals and as a species on the brink.

“If Graham has proved oversized as a poet in the field of contemporary poetry, it is because she continually recalls the great Western tradition of philosophical and religious inquiry . . . tenaciously thinking and feeling her way through layer after layer of perception, like no poet before her.” —Calvin Bedient

An indispensable volume of poems, selected from almost four decades of work, that tracks the evolution of one of our most renowned contemporary poets, Pulitzer Prize-winner Jorie Graham. In From the New World: Poems 1976-2014, we can witness the unfolding of Graham’s signature ethical and eco-political concerns, as well as her deft exploration of mythology, history, love and, increasingly, love of the world in a time of crisis. As the work evolves, the depth of compassion grows—gradually transforming, widening, and expanding her extraordinary formal resources and her inimitable style. These pages present a brilliant portrait one of the major voices of American contemporary poetry.

“You need to watch a Graham poem closely—it’s going to move quietly, subtly, so slowly it may even seem, at first, boring. But there’s a lot going on there if you can bring down your heart rate to the poems’ trance-like pace. For Graham, observing the movements of her mind and the action in the world are the same thing. In these mature poems, memories come alive with a vividness you could trip over: ‘I am the only one who ever lived who remembers / my mother’s voice in the particular shadow / cast by the skyfilled Roman archway,’ she writes. Elsewhere, the present turns ethereal as, for instance, a dog hit by a car becomes “the loved still-young creature being carried now onto the family lawn.” At the end of each of these winding, harrowing poems, you always end up having inched miles from where you started. Graham is in top form.” —NPR

In P L A C E, Graham explores the ways in which our imagination, intuition, and experience—increasingly devalued by a culture that regards them as “mere” subjectivity—aid us in navigating a world moving blindly towards its own annihilation and a political reality where the human person and its dignity are increasingly disposable. Throughout, Graham seeks out sites of wakeful resistance and achieved presence. From the natural world to human sensation, the poems test the unstable congeries of the self, and the creative tensions that exist within and between our inner and outer landscapes—particularly as these are shaped by language.

SEA CHANGE (Poetry, 2008)
The New York Times said that “[Jorie] Graham’s poetry is among the most sensuously embodied and imaginative writing we have,” and this new collection is a reminder of how startling, original, and deeply relevant her poetry is. In Sea Change, Graham brings us to the once-unimaginable threshold at which civilization as we know it becomes unsustainable. How might the human spirit persist, caught between its abiding love of beauty, its acknowledgment of damage done, and the realization that the existence of a “future” itself may no longer be assured? There is no better writer to confront such crucial matters than “our most formidable nature poet” (Publishers Weekly). As formally gorgeous and inventive as anything Graham has written, Sea Change is an essential voice speaking out for our planet and the world we have known.

OVERLORD (Poetry, 2005)
In her previous books, including the Pulitzer Prize-winning The Dream of the Unified Field (1995), Graham explores the divide between perception and reality. In her stunning ninth collection, she is still an agile metaphysician, but her poetic self now kneels with her face in her hands, humbled by illness, war, and the ravaged earth. Forthright, compassionate, and ironic, Graham has crafted poems of lyrical steeliness and cauterizing beauty. The book’s title refers to “Operation Overlord,” the Allied offensive that culminated in the landing on Normandy’s Omaha Beach, and that, for Graham, inspired exquisite and devastating tributes to soldiers. She then links the past to the grim post-9/11 present, where one god is pitted against another, a taxicab ride reveals a tangle of cultural conflicts and personal tragedies, and environmental decimation looms. Graham writes with breathtaking precision about the helplessness one feels in the face of suffering, but because “we cannot ask another to live / without hope,” and because the poet’s “great desire to praise” remains undaunted, Graham takes up the pen not only to eulogize but also to express “gratitude for the trees / and the birds they house.” —Donna Seaman, Booklist

I am the only one who ever lived who remembers
my mother’s voice in that particular shadow
cast by the skyfilled roman archway
which darkens the stones on the down-sloping street
up which she has now come again suddenly.
How the archway and the voice and the shadow
seize the small triangle of my soul
violently, as if in a silent film where the accompaniment
becomes a mad body
for the spirit’s skipping images-abandoned homeland-miracle from which
we came back out alive.

The slow overture of rain,
each drop breaking
without breaking into
the next, describes
the unrelenting, syncopated
mind. Not unlike
the hummingbirds
imagining their wings
to be their heart, and swallows
believing the horizon
to be a line they lift
and drop. What is it
they cast for? The poplars,
advancing or retreating,
lose their stature
equally, and yet stand firm,
making arrangements
in order to become
imaginary. The city
draws the mind in streets,
and streets compel it
from their intersections
where a little
belongs to no one. It is
what is driven through
all stationary portions
of the world, gravity’s
stake in things, the leaves,
pressed against the dank
window of November
soil, remain unwelcome
till transformed, parts
of a puzzle unsolvable
till the edges give a bit
and soften. See how
then the picture becomes clear,
the mind entering the ground
more easily in pieces,
and all the richer for it.

• Review of Fast: On The Brink – Oxonian Review

• Review and analysis of Fast: “Posthuman Poetics” – The London Magazine

• Jorie Graham’s Poetic Autopsy for Self and Nation – NY Times

• Interview: The Art of Poetry — The Paris Review

• Review of Place  — The Guardian

• Interview: Image and the Arc of Feeling — Harvard Magazine

• ‘Prayer Found Under the Floorboard’ – The New Yorker

• ‘With Mother in the Kitchen’ – The New Yorker