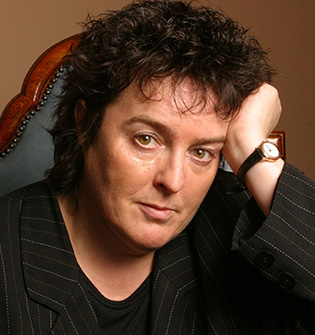 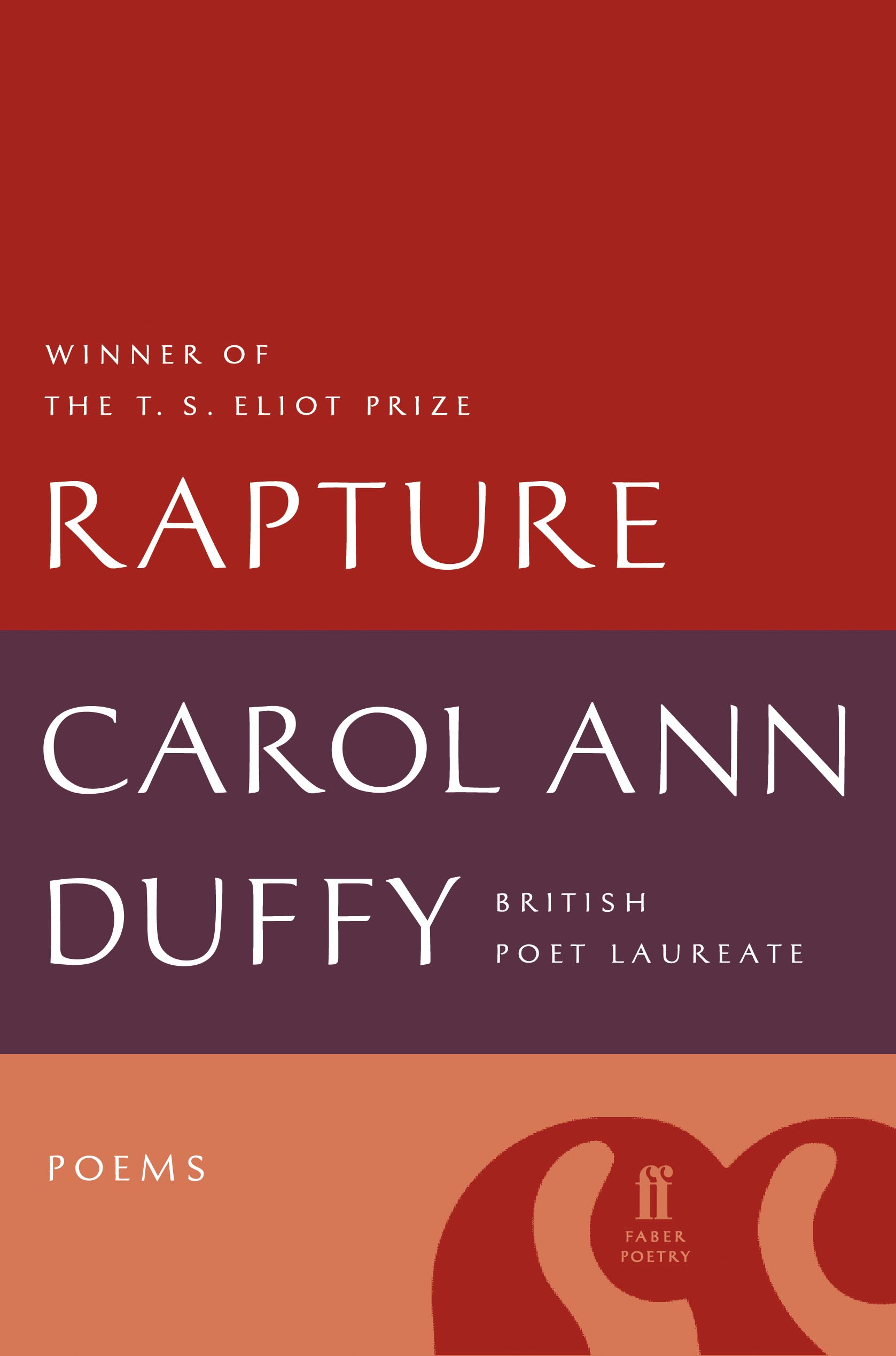 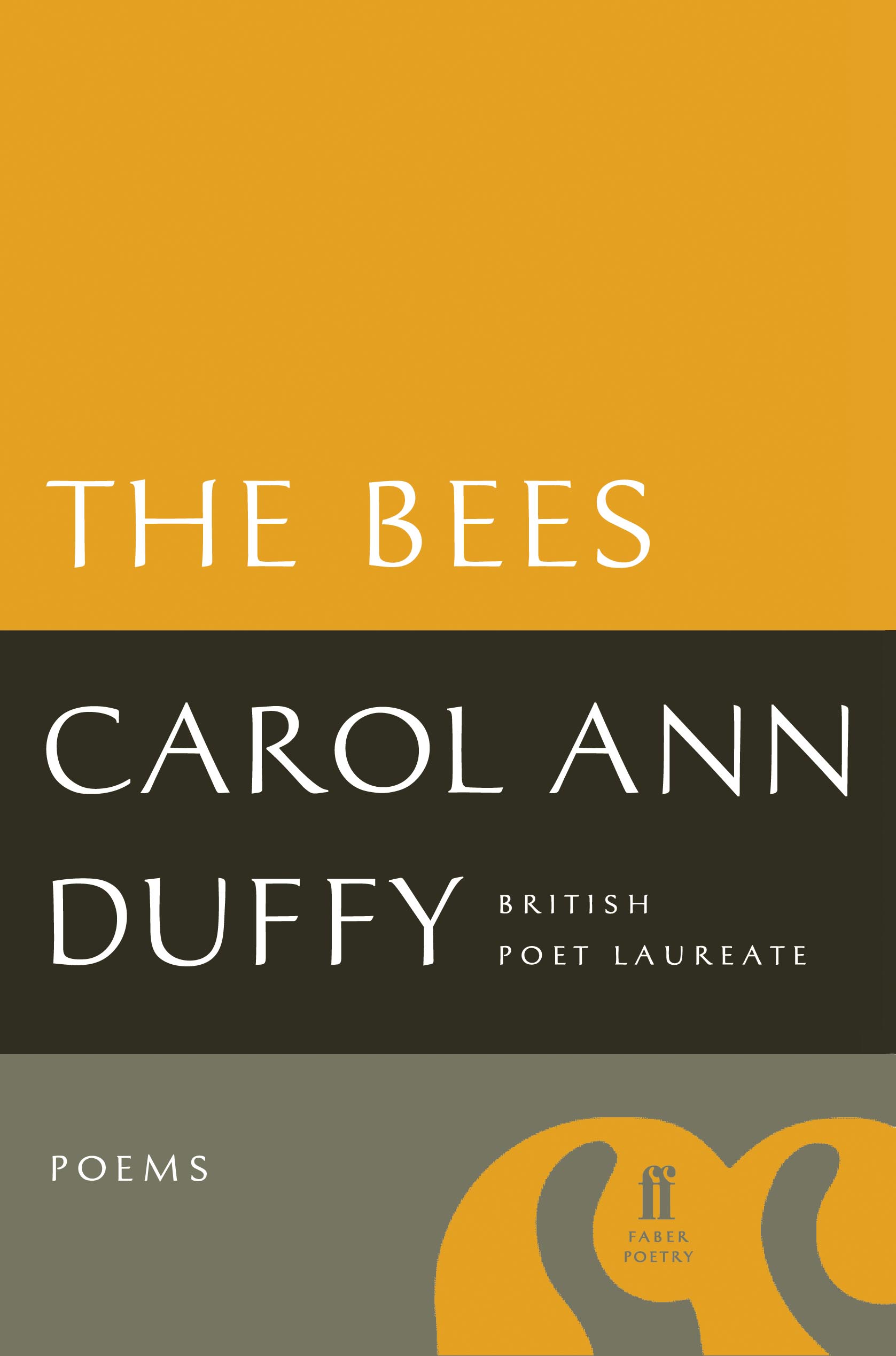 “Carol Ann Duffy is a superstar.” —The Guardian

“[A] truly brilliant modern poet who has stretched our imaginations by putting the whole range of human experiences into lines that capture the emotions perfectly.” —Prime Minister Gordon Brown

“Four hundred years of male domination came to an end with the election of Carol Ann Duffy as the first woman Poet Laureate of Great Britain,” declared The Guardian, as Duffy became the twentieth poet to hold the post. She is the first woman, the first Scot, and the first openly bisexual person to hold the ten-year position—as well as being the first laureate to be chosen in the twenty-first Century. Duffy is one of Britain’s best-known and most celebrated poets. In 2015, Duffy was made a dame in the New Year Honours list. A bestselling author of many collections, Duffy’s The World’s Wife was the first book to gain her mass appeal: each poem was told in the voice of a wife of a great historical figure, from Mrs. Aesop to Queen Herod to Mrs. Darwin. In Feminine Gospels, she draws on women’s experience—personal and historical—to entertain and challenge, elegize, and eroticize the female condition. She won the T. S. Eliot Prize for her collection of linked love poems, Rapture, a series of intimate poems charting the course of a love affair. Other collections include Standing Female Nude, winner of a Scottish Arts Council Award; Selling Manhattan, which won a Somerset Maugham Award; and Mean Time, which won the Whitbread Poetry Award. Her most recent book, The Bees, was awarded Britain’s prestigious Costa Award for Poetry. The Bees and Rapture were released in the US in 2013, by FSG.

Duffy’s poetry addresses essential issues such as oppression, gender, and violence—and explores both everyday experience and the rich fantasy life of herself and others—using, as the New York Times describes it, “a deceptively simple style to produce accessible, often mischievous poems dealing with the darkest turmoil and the lightest minutiae of everyday life.” Journalist Katharine Viner notes that while Duffy is praised for “her touching, sensitive, witty evocations of love, loss, dislocation, nostalgia; fans talk of greeting her at readings ‘with claps and cheers that would not sound out of place at a pop concert.'”

A playwright, Duffy’s plays include Take My Husband, Cavern of Dreams, Little Women, Big Boys, Loss, and Casanova, and they have been performed at the Liverpool Playhouse and the Almeida Theatre in London. Her radio credits include an adaptation of Rapture.

Carol Ann Duffy’s writing for younger readers has always bubbled with wit and humor, intelligence and affection, and introduced us to many strange and wonderful characters along the way. Her children’s collections include Meeting Midnight; The Oldest Girl in the World; The Tear Thief, a warm and poignant story set in a magical world where the tears of children arising from every emotion are of a different color; Lost Happy Endings, a wonderfully lyrical story about the search for the happy endings that are needed to make the perfect story, shortlisted for the prestigious 2008 Greenway; and The Hat, which follows the mischievous and educational journey of a hat blown through history, from one literary head to another, quoting its owner’s most famous lines as it goes.

Carol Ann Duffy is the first female Poet Laureate of Great Britain and one of Britain’s best-known and most celebrated poets. She won the T. S. Eliot Prize for her collection of linked love poems, Rapture, and her other collections include Standing Female Nude, winner of a Scottish Arts Council Award, Selling Manhattan, which won a Somerset Maugham Award, and Mean Time, which won the Whitbread Poetry Award. Her most recent book, The Bees, was awarded Britain’s prestigious Costa Award for Poetry. The Bees and Rapture were released in the US in 2013. Also a playwright, Duffy’s plays include Take My Husband, Cavern of Dreams, Little Women, Big Boys, Loss, and Casanova, and they have been performed at the Liverpool Playhouse and the Almeida Theatre in London.

The effortless virtuosity, drama, and humanity of Carol Ann Duffy’s verse have made her much-admired among contemporary poets. Her seventh collection, winner of the T.S. Eliot Prize, is a book-length love-poem, and a moving act of personal testimony. But what sets these poems apart from other treatments of the subject is Duffy’s refusal to simplify the contradictions of love, and read its transformations—infatuation, longing, passion, commitment, rancor, separation, and grief—as either redemptive or destructive. This is a map of real love, in all its churning complexity, simultaneously direct and subtle, showing us that a song can be made of even the most painful episodes in our lives. With poems that will find deep resonance in the experience of most readers, Rapture is a collection that can and does speak for us all.

The Bees is Carol Ann Duffy’s first collection of new poems as Poet Laureate, and the much-anticipated successor to the T. S. Eliot Prize-winning Rapture. After the intimate focus of the earlier book, The Bees finds Duffy using her full poetic range: there are drinking songs, love poems, poems to the weather, poems of political anger; her celebrated “Last Post” (written for the last surviving soldiers to fight in the First World War) showed that powerful public poetry still has a central place in our culture. There are elegies, too, for beloved friends and the poet’s own mother. As Duffy’s voice rises in this collection, her music intensifies; and every poem patterns itself into song. Woven and weaving through the book is its presiding spirit: the bee. Sometimes the bee is Duffy’s subject, sometimes it strays into the poem, or hovers at its edge, and the reader soon begins to anticipate its appearance. In the end, Duffy’s point is clear: the bee symbolizes what we have left of grace in the world, and what is most precious and necessary for us to protect. The Bees is a work of great ecological and spiritual power, and Duffy’s clearest affirmation yet of her belief in the poem as “secular prayer,” as the means by which we remind ourselves what is most worthy of our attention and concern, our passion and our praise. 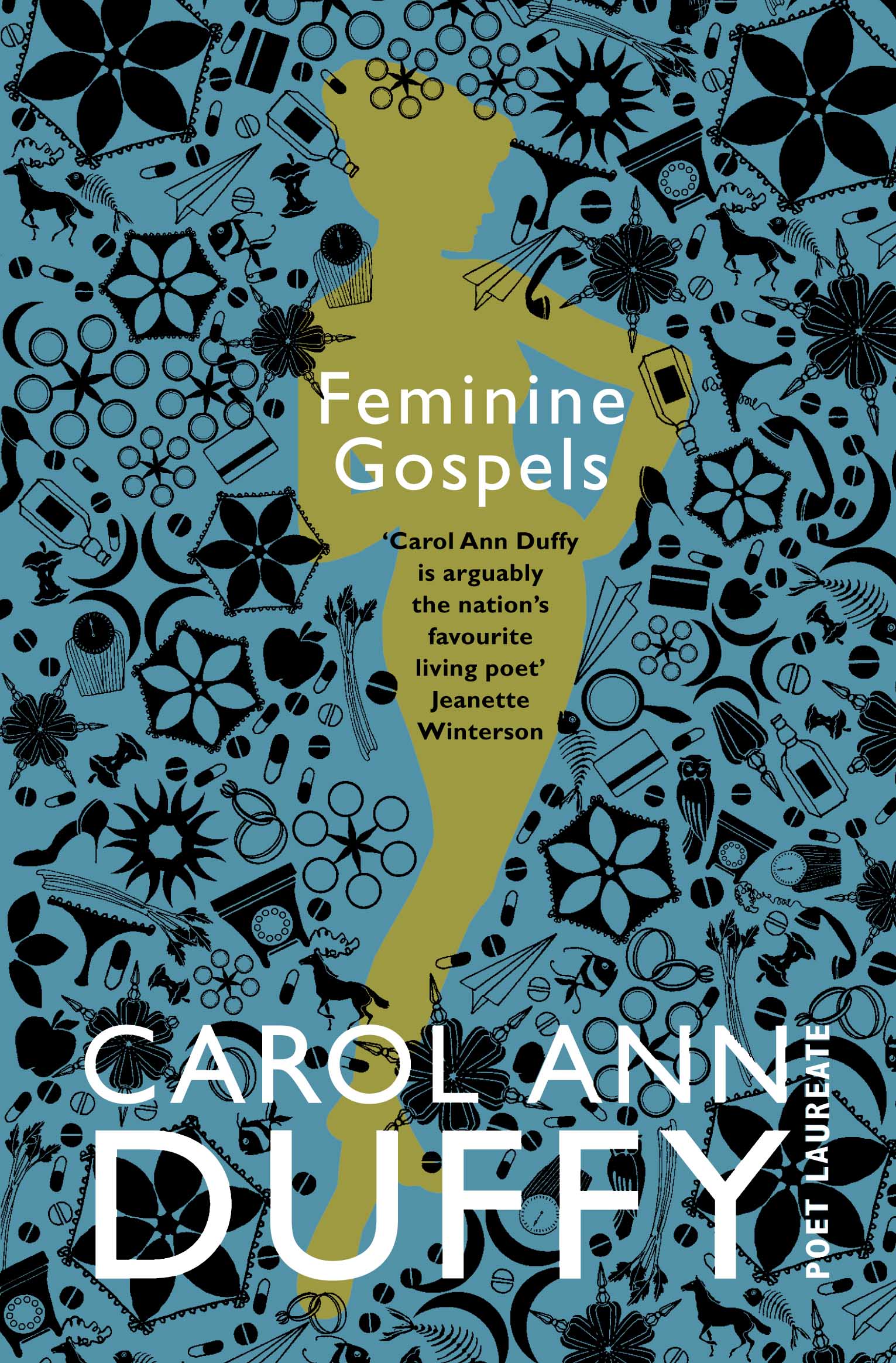 In Feminine Gospels, Duffy draws on women’s experience—both personal and historical—in poems that celebrate, elegize, and eroticize the female condition. With themes of beauty, identity, and the body, the book tells tall stories as though they were the gospel truth, and presents new myths as strange and powerful as the old. Feminine Gospels is a brilliant successor to Duffy’s best-selling collection The World’s Wife.

• How the Great War Inspired Verse to Remember – Express.co.uk

• Jeannette Winterston on the Poetry of Carol Ann Duffy — The Guardian

• Review of Bees — The Guardian

• Review of Rapture — The Guardian

• Duffy Made a Dame in the New Year Honours List

I had grieved. I had wept for a night and a day
over my loss, ripped the cloth I was married in
from my breasts, howled, shrieked, clawed
at the burial stones until my hands bled, retched
his name over and over again, dead, dead.

Gone home. Gutted the place. Slept in a single cot,
widow, one empty glove, white femur
in the dust, half. Stuffed dark suits
into black bags, shuffled in a dead man’s shoes,
noosed the double knot of a tie around my bare neck,

gaunt nun in the mirror, touching herself. I learnt
the Stations of Bereavement, the icon of my face
in each bleak frame; but all those months
he was going away from me, dwindling
to the shrunk size of a snapshot, going,

going. Till his name was no longer a certain spell
for his face. The last hair on his head
floated out from a book. His scent went from the house.
The will was read. See, he was vanishing
to the small zero held by the gold of my ring.

Then he was gone. Then he was legend, language;
my arm on the arm of the schoolteacher-the shock
of a man’s strength under the sleeve of his coat-
along the hedgerows. But I was faithful
for as long as it took. Until he was memory.

So I could stand that evening in the field
in a shawl of fine air, healed, able
to watch the edge of the moon occur to the sky
and a hare thump from a hedge; then notice
the village men running towards me, shouting,

behind them the women and children, barking dogs,
and I knew. I knew by the sly light
on the blacksmith’s face, the shrill eyes
of the barmaid, the sudden hands bearing me
into the hot tang of the crowd parting before me. 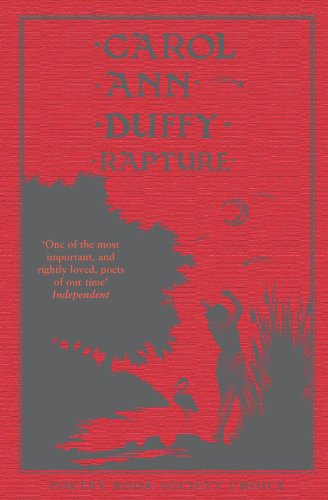 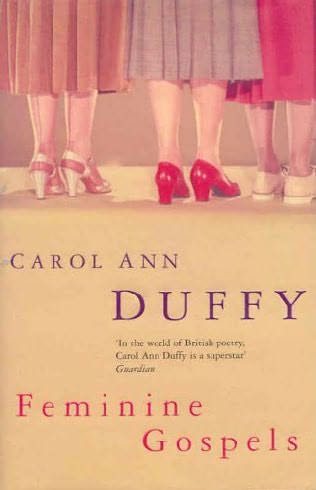 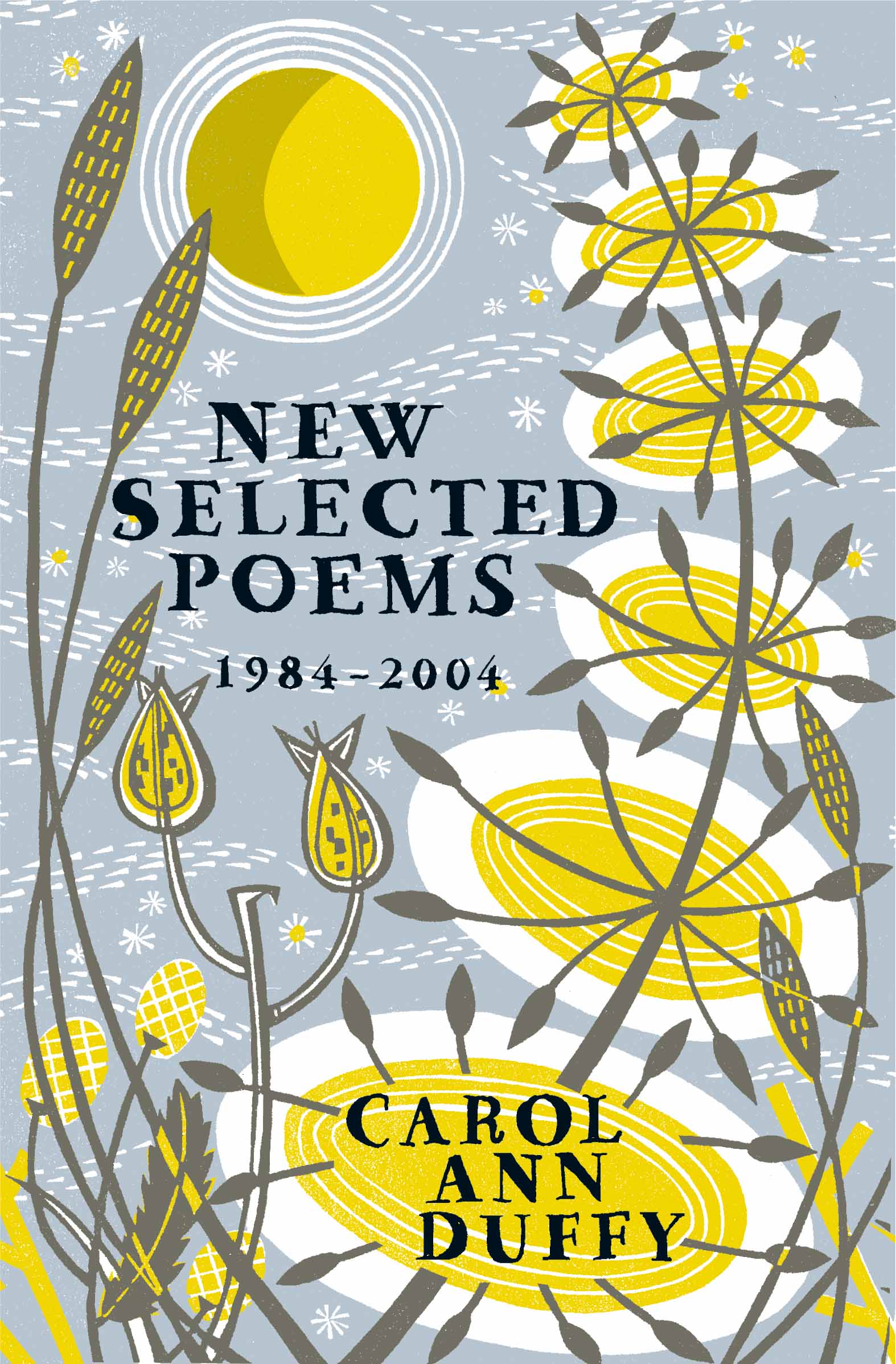 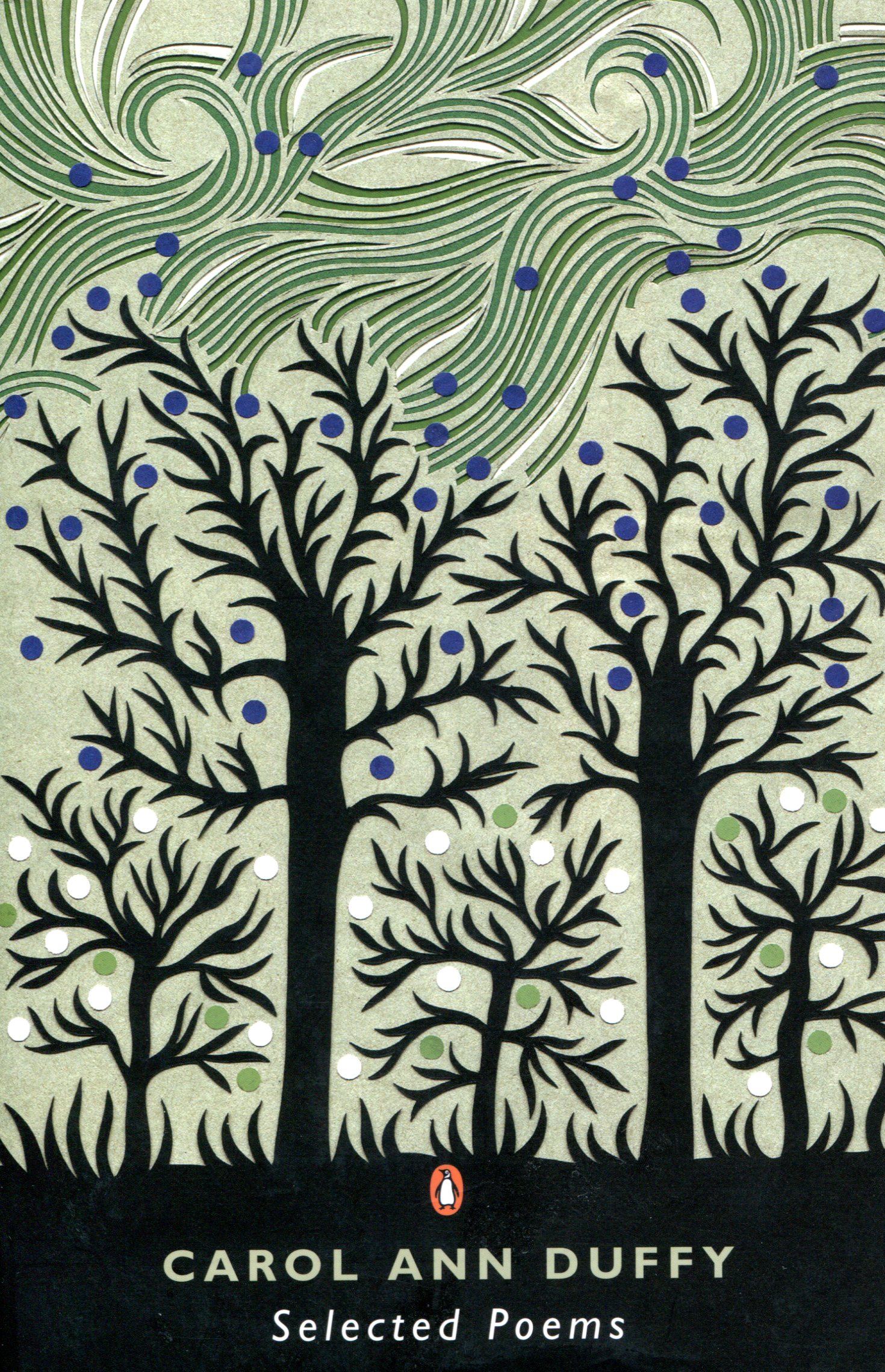 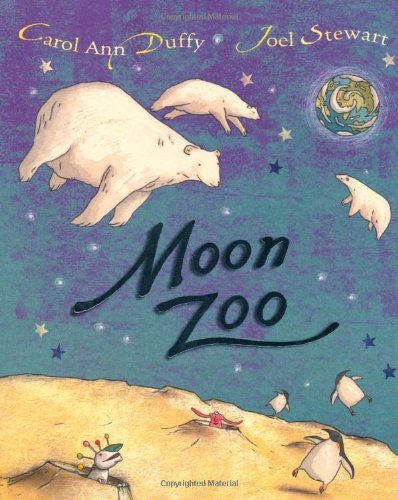 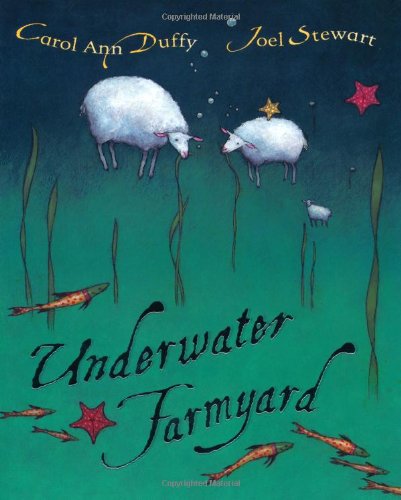 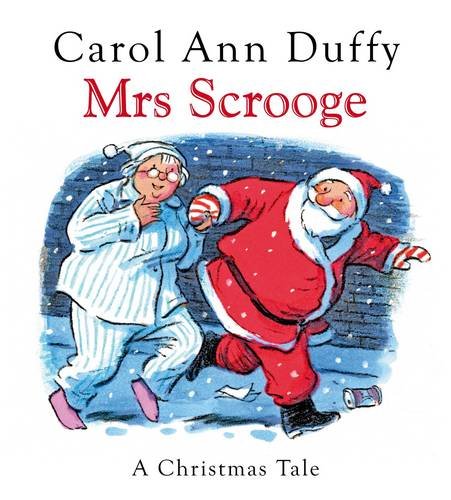 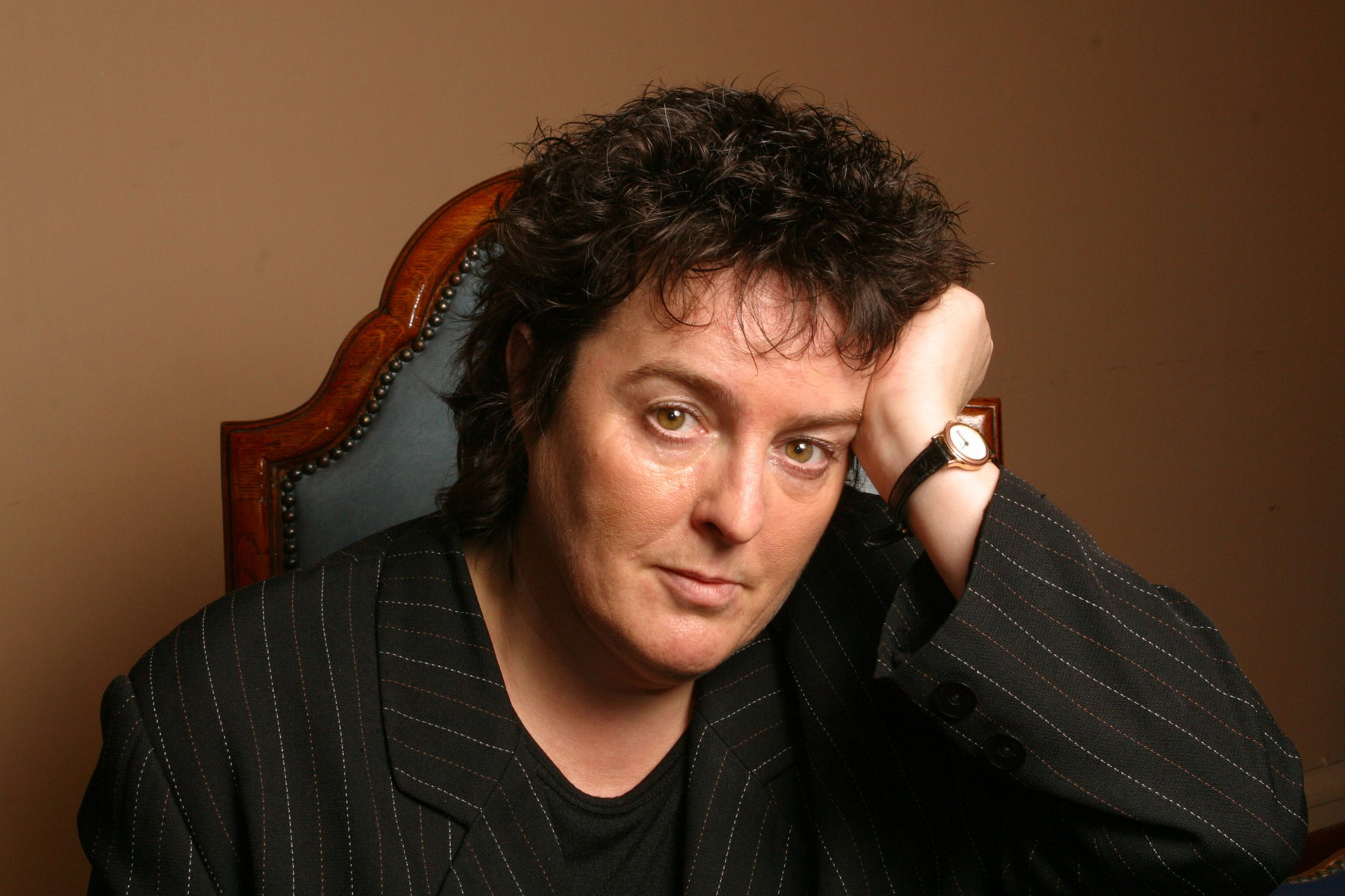