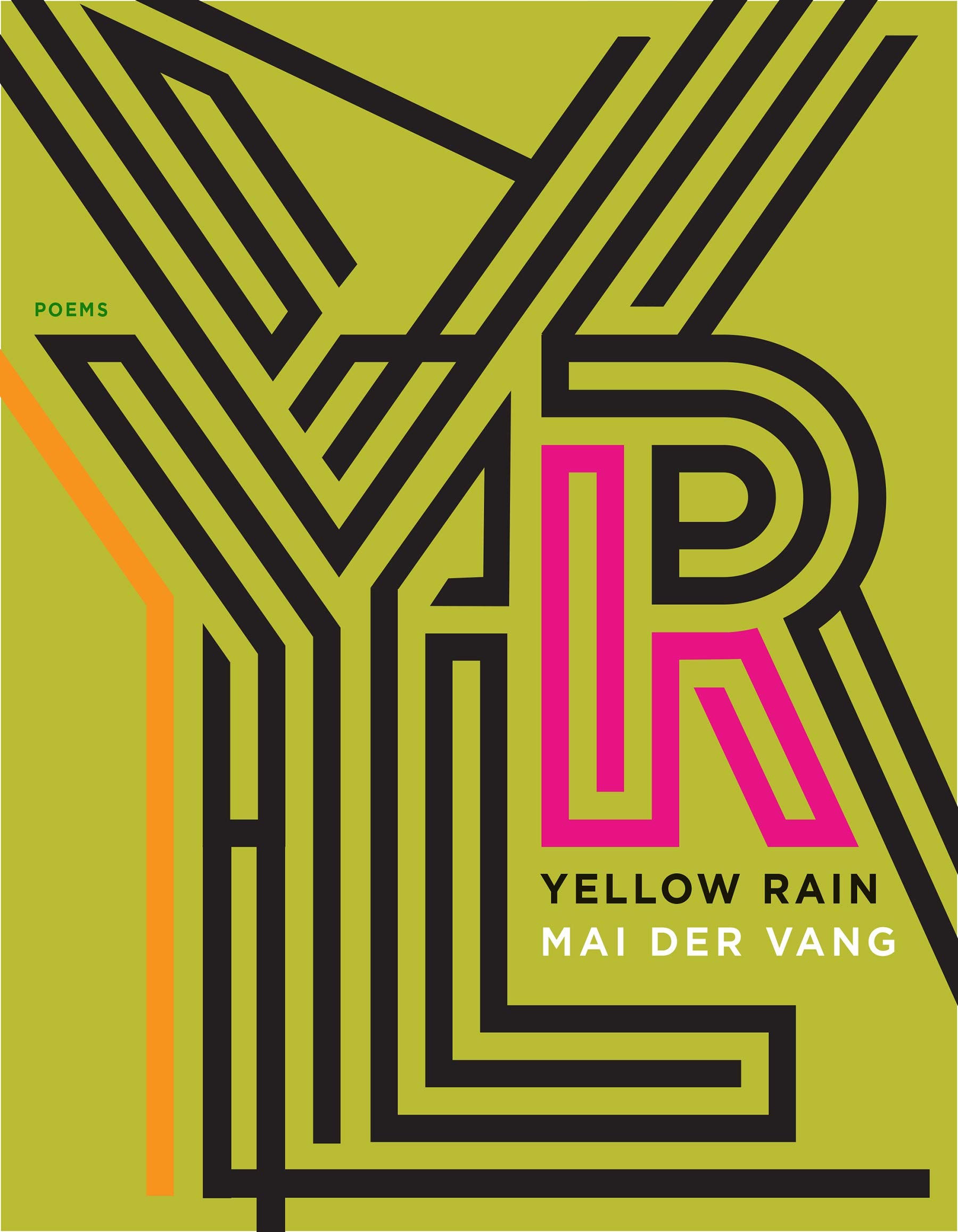 In this staggering work of documentary, poetry, and collage, Mai Der Vang reopens a wrongdoing that deserves a new reckoning. As the United States abandoned them at the end of its war in Vietnam, many Hmong refugees recounted stories of a mysterious substance that fell from planes during their escape from Laos starting in the mid-1970s. This substance, known as “yellow rain,” caused severe illnesses and thousands of deaths. These reports prompted an investigation into allegations that a chemical biological weapon had been used against the Hmong in breach of international treaties. A Cold War scandal erupted, wrapped in partisan debate around chemical arms development versus control. And then, to the world’s astonishment, American scientists argued that yellow rain was the feces of honeybees defecating en masse—still held as the widely accepted explanation. The truth of what happened to the Hmong, to those who experienced and suffered yellow rain, has been ignored and discredited.

Integrating archival research and declassified documents, Yellow Rain calls out the erasure of a history, the silencing of a people who at the time lacked the capacity and resources to defend and represent themselves. In poems that sing and lament, that contend and question, Vang restores a vital narrative in danger of being lost, and brilliantly explores what it means to have access to the truth and how marginalized groups are often forbidden that access.