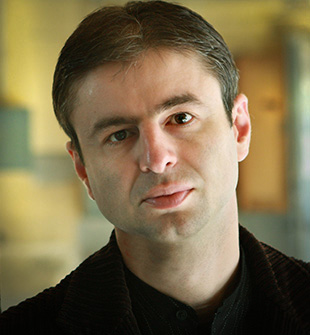 “The poems of Nikola Madzirov are similar in quality to the poems of the Nobel Prize winner Tomas Transtromer. They are genuine and open; they put up no barriers to empathy and concentration. Their cosmos is only infused with detonations. Madzirov searches for a feeling of being at home that no longer requires walls.” —Der Spiegel

“Madzirov’s poems move mysteriously by means of a profound inner concentration, giving expression to the deepest laws of the mind. Their linguistic “making” is informed by a vivid evidence of a serious self-making, soul-making, and heart-making.” —Li-Young Lee

“I like Madzirov’s poetry immensely—its candor, its invention, its darkness. It is like discovering a new planet in the solar system of the imagination.” —Mark Strand

Nikola Madzirov is one of the most powerful voices of the new European poetry. He was born in a family of Balkan War refugees in 1973 in Strumica, Macedonia. His award-winning poetry has been translated into thirty languages and published in collections and anthologies in the US, Europe, and Asia. In 2011, BOA Editions published a selection of his poetry in the US entitled Remnants of Another Age. In the foreword, Carolyn Forché tells us, “Madzirov calls himself ‘an involuntary descendant of refugees,’ referring to his family’s flight from the Balkan Wars a century ago: his surname derives from mazir or majir, meaning ‘people without a home.’ The ideas of shelter and of homelessness, of nomadism, and spiritual transience serve as a palimpsest in these Remnants“—while Madzirov himself tells us in one of his poems, “History is the first border I have to cross.”

For his poetry collection, Relocated Stone (2007), he received the Hubert Burda European Poetry Award for authors born in East Europe, and the prestigious Macedonian poetry prize Miladinov Brothers at Struga Poetry Evenings. For the book Locked in the City (1999), he was given the Studentski Zbor Award for the best debut, while his collection Somewhere Nowhere (1999) was awarded the Aco Karamanov prize. Based on his poetry, two short films were shot in Bulgaria and Croatia. The contemporary jazz composer and collaborator of Bjork and Lou Reed, Oliver Lake, has composed music based on Madzirov’s poems which was performed at the Jazz-Poetry Concert in Pittsburgh in 2008.

The Berlin International Literature festival wrote, “Madzirov’s poetry is striking in its lightness. It plays with everyday objects, deconstructing their self-evident meanings and associations in order to question established thought patterns and explore new sensual worlds.” In a recent interview, Madzirov said of his own work: “Silence and darkness are the two halves of the core of the universal code of understanding. In silence all sounds are equal, in the darkness all objects are the same. However, poetry opens new spaces for inhabiting by means of the words and the light of individuality….In order to be able to write it is necessary to travel both through the world and through yourself.”

Madzirov has read at many international literary festivals and events in the US, Latin America, and Europe, and has received several international awards and fellowships such as International Writing Program (IWP) at the University of Iowa in US; Literarisches Tandem in Berlin; KultuKontakt fellowship in Vienna; Internationales Haus der Autoren in Graz; Literatur Haus Ní– in Krems; and Villa Waldberta in Munich. He is one of the coordinators of the world poetry network Lyrikline.

Nikola Madzirov is the author of Remnants of Another Age and Relocated Stone, which received the Hubert Burda European Poetry Award and the prestigious Miladinov Brothers Award. He was awarded the Studentski Zbor Award for Locked in the City and the Aco Karamanov prize for Somewhere Nowhere. Born into a family of Balkan Wars refugee in 1973 in Strumica, Macedonia, Madzirov has gone on to participate in many international literary festivals and events in the US, Latin America, and Europe, and he has received several international awards and fellowships.

Remnants of Another Age

“Madzirov’s poems are like Expressionist paintings: filled with thick, energetic streaks, they seem to emerge from the imagination and to return to it right away, like night animals caught in the headlights of a car. ‘We are the remnants of another age’—Nikola Madzirov succeeds in convincing us.” —Adam Zagajewski

Born in 1973 to a family of Balkan War refugees, Nikola Madzirov’s poetry has already been translated into thirty languages and published in collections and anthologies in the United States, Europe, and Asia. Remnants of Another Age is his first full-length American collection and carries a foreword by Carolyn Forché, who writes, “Nikola Madzirov’s Remnants of Another Age is aptly titled, as these poems seem to spring from elsewhere in time, reflective of a preternaturally wise and attentive sensibility. As we read these poems, they begin to inhabit us, and we are the better for having opened ourselves to them. Madzirov is a rare soul and a true poet.”

• Interview with Nikola Madzirov — The California Journal of Poetics

• Interview with Nikola Madzirov — 3AM Magazine

I separated myself from each truth about the  beginnings
of rivers, trees, and cities.
I have a name that will be a street of goodbyes
and a heart that appears on X-ray films.
I separated myself even from you, mother of  all skies
and carefree houses.
Now my blood is a refugee that belongs
to several souls and open wounds.
My god lives in the phosphorous of a match,
in the ashes holding the shape of the firewood.
I don’t need a map of the world when I fall asleep.
Now the shadow of a stalk of wheat covers my hope,
and my word is as valuable
as an old family watch that doesn’t keep time.
I separated from myself, to arrive at your skin
smelling of honey and wind, at your name
signifying restlessness that calms me down,
opening the doors to the cities in which I sleep,
but don’t live.
I separated myself from the air, the water, the fire.
The earth I was made from
is built into my home.

One day someone will fold our blankets
and send them to the cleaners
to scrub the last grain of salt from them,
will open our letters and sort them out by date
instead of by how often they’ve been read.

One day someone will rearrange the room’s furniture
like chessman at the start of a new game,
will open the old shoebox
where we hoard pyjama-buttons,
not-quite-dead batteries and hunger.

One day the ache will return to our backs
from the weight of hotel room keys
and the receptionist’s suspicion
as he hands over the TV remote control.

Others’ pity will set out after us
like the moon after some wandering child.

I lived at the edge of the town
like a streetlamp whose light bulb
no one ever replaces.
Cobwebs held the walls together,
and sweat our clasped hands.
I hid my teddy bear
in holes in crudely built stone walls
saving him from dreams.

Day and night I made the threshold come alive
returning like a bee that
always returns to the previous flower.
It was a time of peace when I left home:

the bitten apple was not bruised,
on the letter a stamp with an old abandoned house.

From birth I’ve migrated to quiet places
and voids have clung beneath me
like snow that doesn’t know if it belongs
to the earth or to the air. 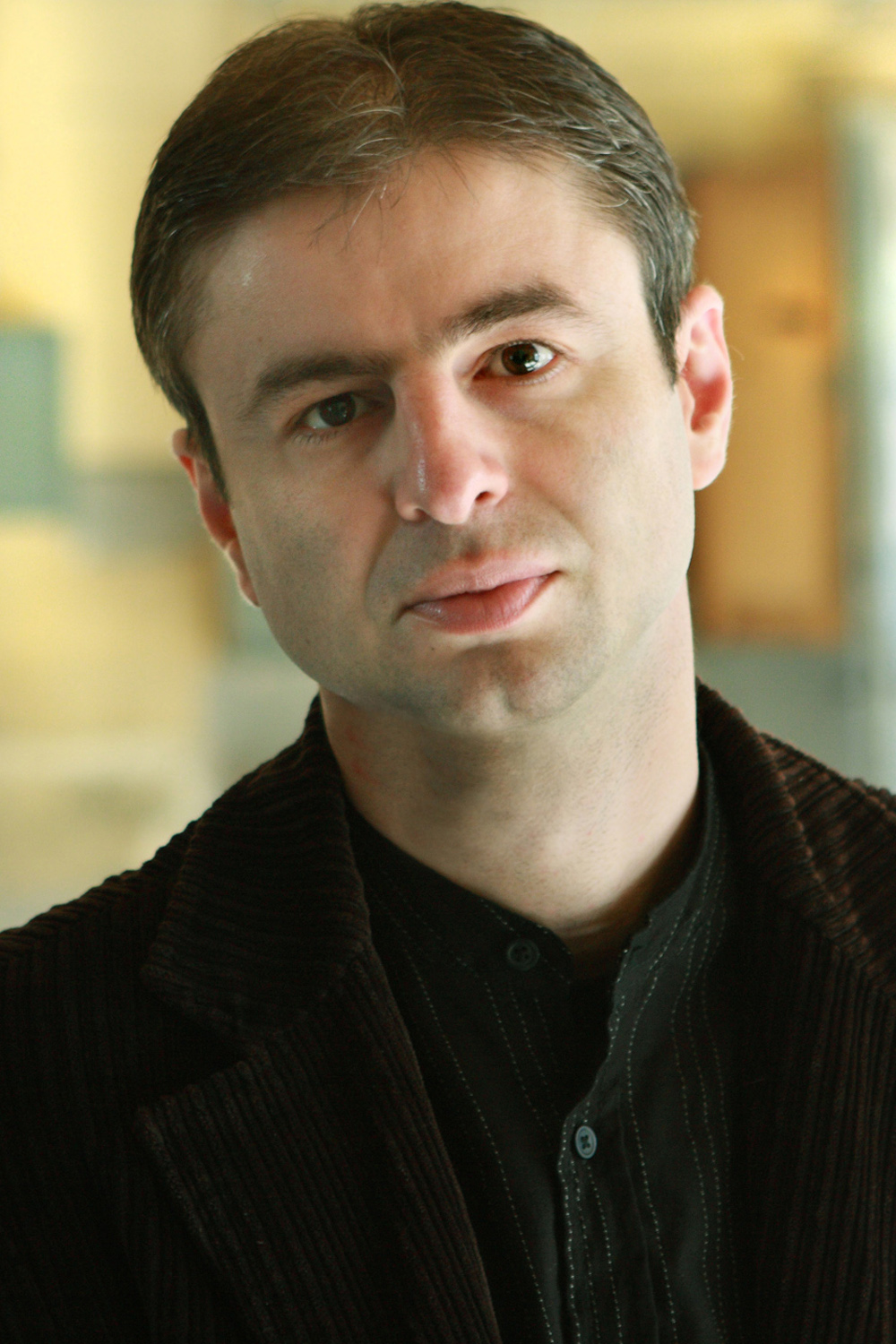 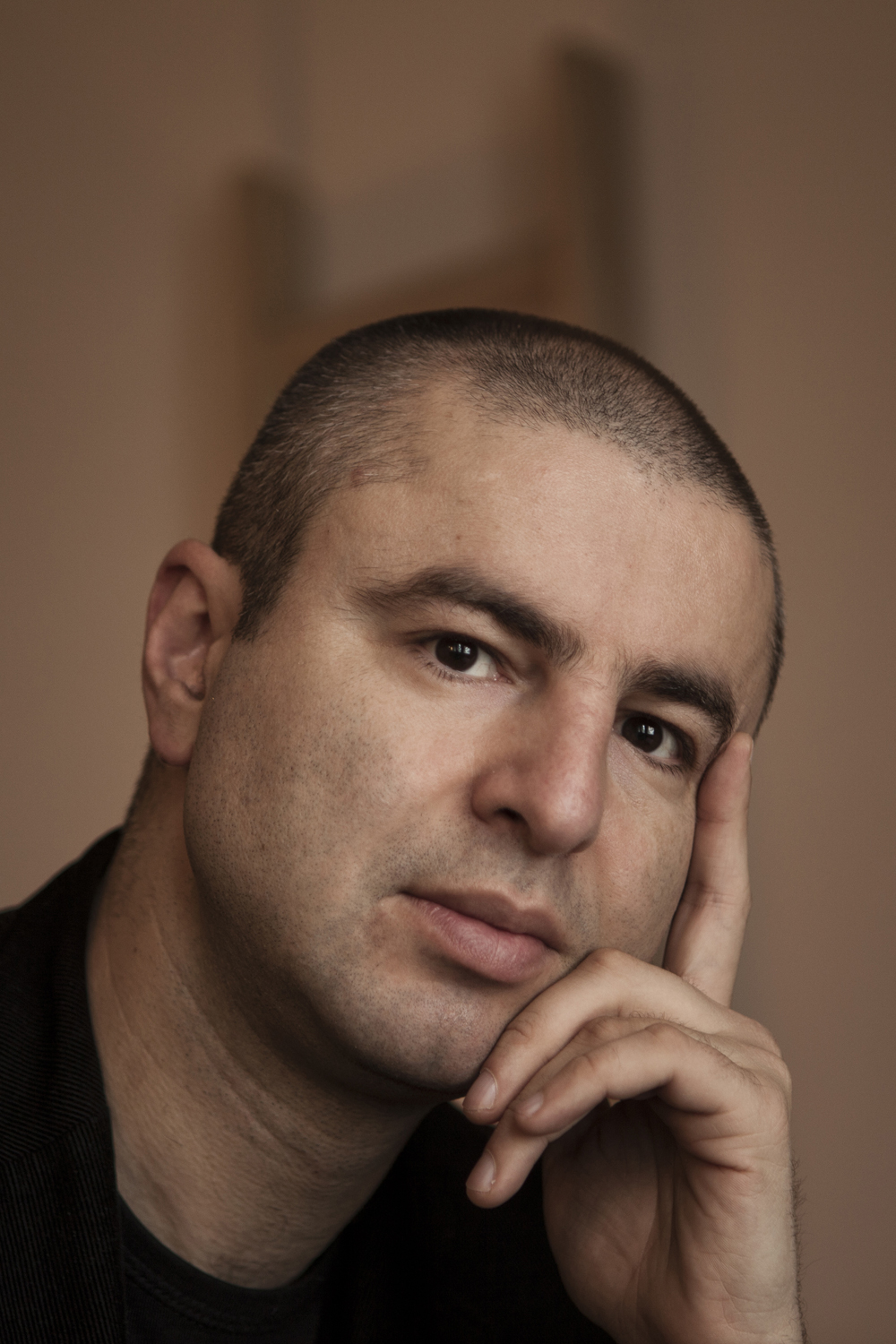