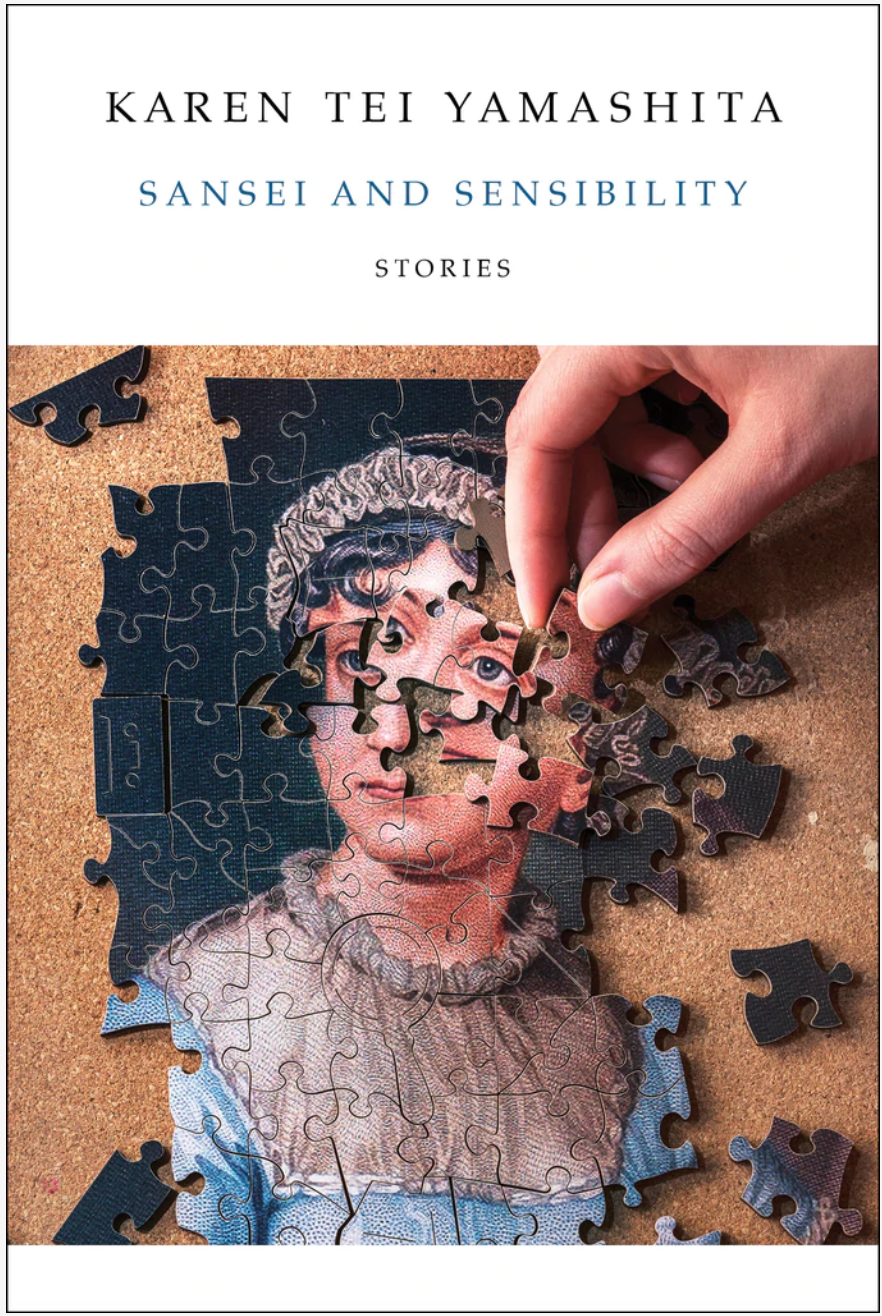 Karen Tei Yamashita was born in Oakland, California; her parents were both survivors of incarceration at the Topaz internment camp during World War II. Yamashita is the author of eight books traversing short story, memoir, and novel – all published by Coffee House Press – including: Through the Arc of the Rain Forest, Brazil-Maru, Tropic of Orange, Circle K Cycles, Anime Wong, and I Hotel, which was a finalist for the National Book Award, the American Book Award, the Asian/Pacific American Librarians Association Award, and the Association for Asian American Studies Book Award. Her most recent publication, Sansei and Sensibility (2020), is a collection of buoyant and inventive stories where Yamashita transfers classic tales across boundaries and questions what an inheritance – familial, cultural, emotional, artistic – really means.

In 2021, Yamashita was awarded a Lifetime Achievement Award for Distinguished Contribution to American Letters from the National Book Foundation. In the judges citation, David Steinberger, Chair of the Board of Directors, observed, “In her various roles as a public intellectual—author, lecturer, teacher, mentor—Yamashita models a deep desire to understand and to embrace life as she finds it. Her body of work has been credited with transforming the approach toward Asian American literary and cultural studies from one that is U.S.-centric to one that is hemispheric and transnational. In prose brimming with electric narrative energy, she employs humor, politics, sardonic wit, and lush polyvocality to invite readers into her nuanced but accessible literary worlds; her writing evinces a breathtaking capacity to transform conventions in genre, voice, intertextuality, and characterization.”

Yamashita is the recipient of the John Dos Passos Prize for Literature, and a U.S. Artists’ Ford Foundation Fellowship. Her awards include the California Book Award, Asian/Pacific American Librarians Association Award, and multiple Association for Asian American Studies Book Awards.

Yamashita was awarded a Thomas J. Watson Fellowship to travel to São Paulo for research on the extensive history of Japanese immigration to Brazil where she remained for a decade. While there, Yamashita formed a study of Japanese Brazilian agricultural life, conducting interviews with Japanese immigrants, their descendants, and members of a commune. On her return to Los Angeles in 1984, Yamashita worked on translations and screenplays, and produced dramatic works such as Hannah Kusoh: An American Butoh, Tokyo Carmen vs. L.A. Carmen, and Noh Bozos, which she has linked to the content and style of her novel Tropic of Orange.

She is currently professor emerita of literature and creative writing at the University of California, Santa Cruz.

Karen Tei Yamashita is the author of seven books, including I Hotel, finalist for the National Book Award, and most recently, Sansei and Sensibility, all published by Coffee House Press. Recipient of the Lifetime Achievement Award for Distinguished Contribution to American Letters from the National Book Foundation, the John Dos Passos Prize for Literature and a U.S. Artists’ Ford Foundation Fellowship, she is professor emerita of literature and creative writing at the University of California, Santa Cruz.

In these buoyant and inventive stories, Karen Tei Yamashita transfers classic tales across boundaries and questions what an inheritance—familial, cultural, emotional, artistic—really means. In a California of the sixties and seventies, characters examine the contents of deceased relatives’ freezers, tape-record high school locker-room chatter, or collect a community’s gossip while cleaning the teeth of its inhabitants. Mr. Darcy is the captain of the football team, Mansfield Park materializes in a suburb of L.A., bake sales replace ballroom dances, and station wagons, not horse-drawn carriages, are the preferred mode of transit. The stories of traversing class, race, and gender leap into our modern world with wit and humor.

Dazzling and ambitious, this multivoiced fusion of prose, playwriting, graphic art, and philosophy spins an epic tale of America’s struggle for civil rights as it played out in San Francisco near the end of the 1960s. As Karen Tei Yamashita’s motley cast of students, laborers, artists, revolutionaries, and provocateurs make their way through the history of the day, they become caught in a riptide of politics and passion, clashing ideologies, and personal turmoil. The tenth anniversary edition of this National Book Award finalist brings the joys and struggles of the I Hotel to a whole new generation of readers, historians, and activists. 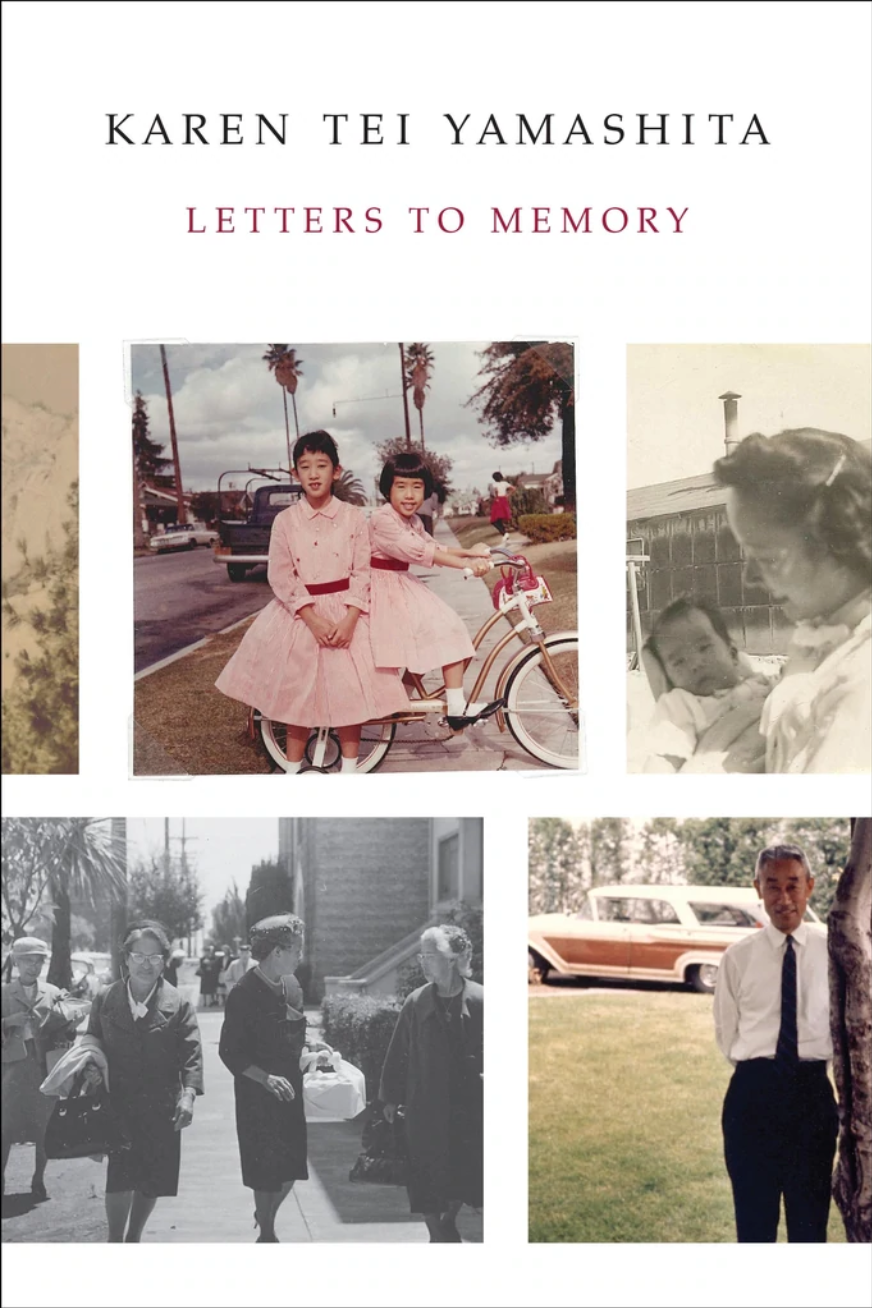 Letters to Memory is an excursion through the Japanese internment using archival materials from the Yamashita family as well as a series of epistolary conversations with composite characters representing a range of academic specialties. Historians, anthropologists, classicists—their disciplines, and Yamashita’s engagement with them, are a way for her to explore various aspects of the internment and to expand its meaning beyond her family, and our borders, to ideas of debt, forgiveness, civil rights, orientalism, and community. 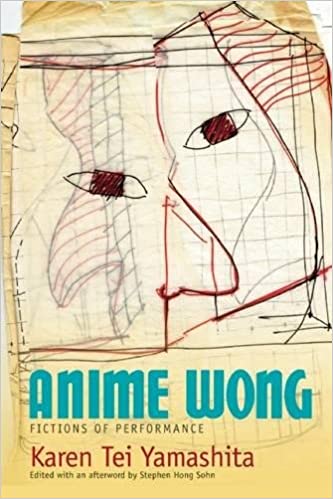 Anime Wong is a memory book of performances, most of which were produced collaboratively, reflecting questions of gender, identity, Orientalism, and racial politics. Yamashita’s theatrical work is fiction interpreted by the body in real time; these kinetic encounters, complete with giant foam-rubber sushi and cyborg kung fu fighters, create a space for humor, interaction, and epiphany. “At once a short story collection, memoir and scrapbook—charmingly enlivened with snapshots, advertisements, signs, random factoids and graphics. Yamashita brings it all together with humor and heart.” —Publishers Weekly

When second-generation Japanese Brazilians emigrate to Japan to assume the manual work its citizens no longer want, their need for cultural belonging, along with their homesickness for the food, culture, and language they left behind is exacerbated by Japan’s reverence for all things “purely Japanese.” This stunning book of hybrids merges fiction, essay, and pop culture collage to illustrate a global society that resists heritage-by-hyphenation and opens the door onto important issues of the new century; labor, nationalism, and cultural assimilation. In the short stories, we meet Miss Hamamatsu ’96—a Euro-Asian beauty who covets the Miss Nikkei pageant crown, conwoman Marie Madalena and her ad scams and phone sex business, Zé Marias as he is embroiled in a debacle with a sinister employment agency, and other unique characters who are somehow enmeshed in a Japanese Brazilian employment scam and its unsolved, deadly outcome. Interspersed within these tales are Yamashita’s personal essays that detail the Asian American author’s travels to Japan with her Brazilian husband and family—a time spent straddling the fence between boisterous Brazilian customs and the conservative Japanese tradition.

• Writing Is a Ritual: A Conversation with Karen Tei Yamashita – LA Review of Books

• Why Everyone Should Read the Great Karen Tei Yamashita – LitHub

• A Bunch of Paper Boxes Is Not a Novel: A Conversation – Air/Light

• What Counts as Environmental Storytelling: A Conversation with Karen Tei Yamashita – Edge Effects

• Read an excerpt from I Hotel by Karen Tei Yamashita – NPR 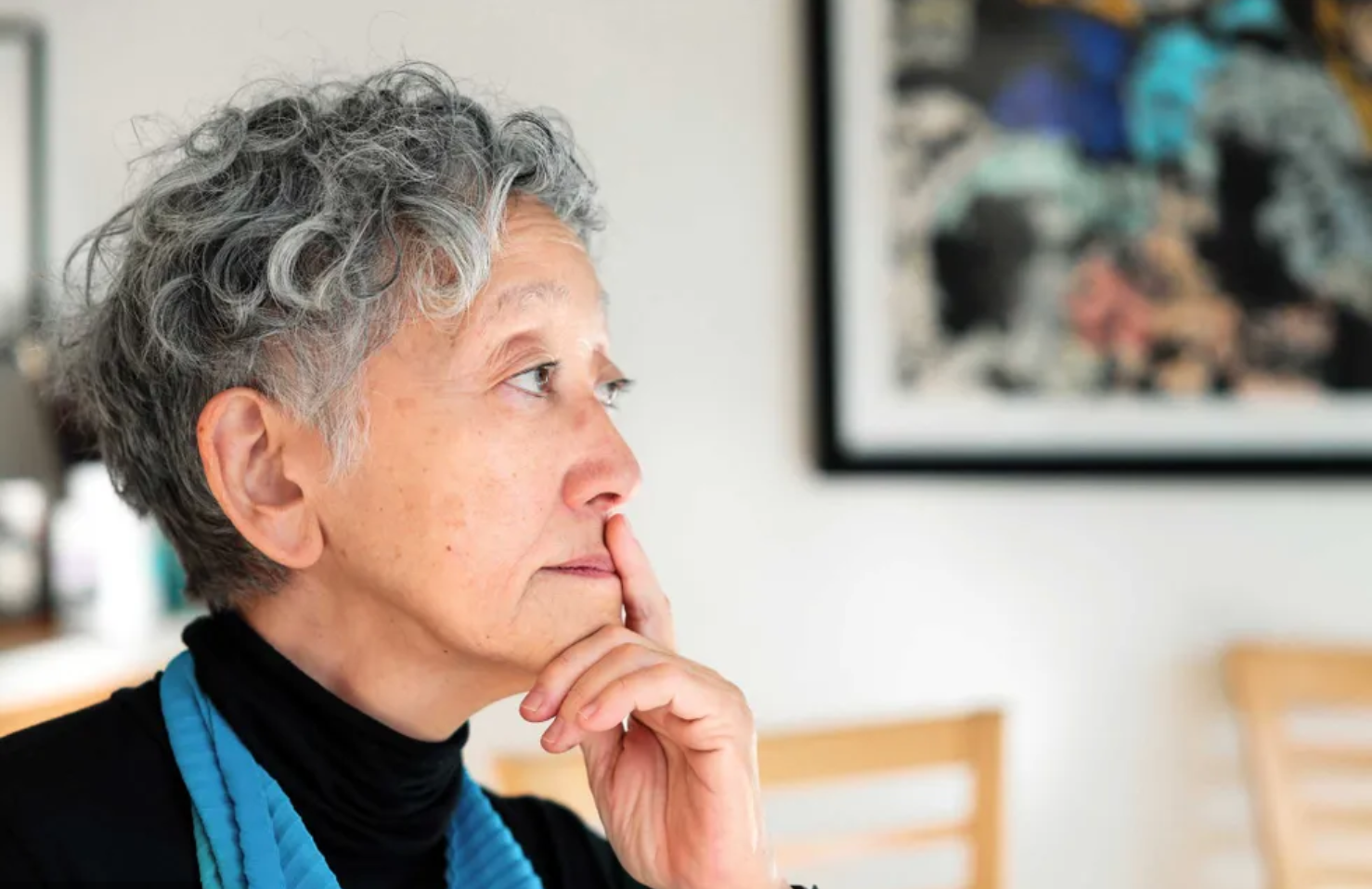 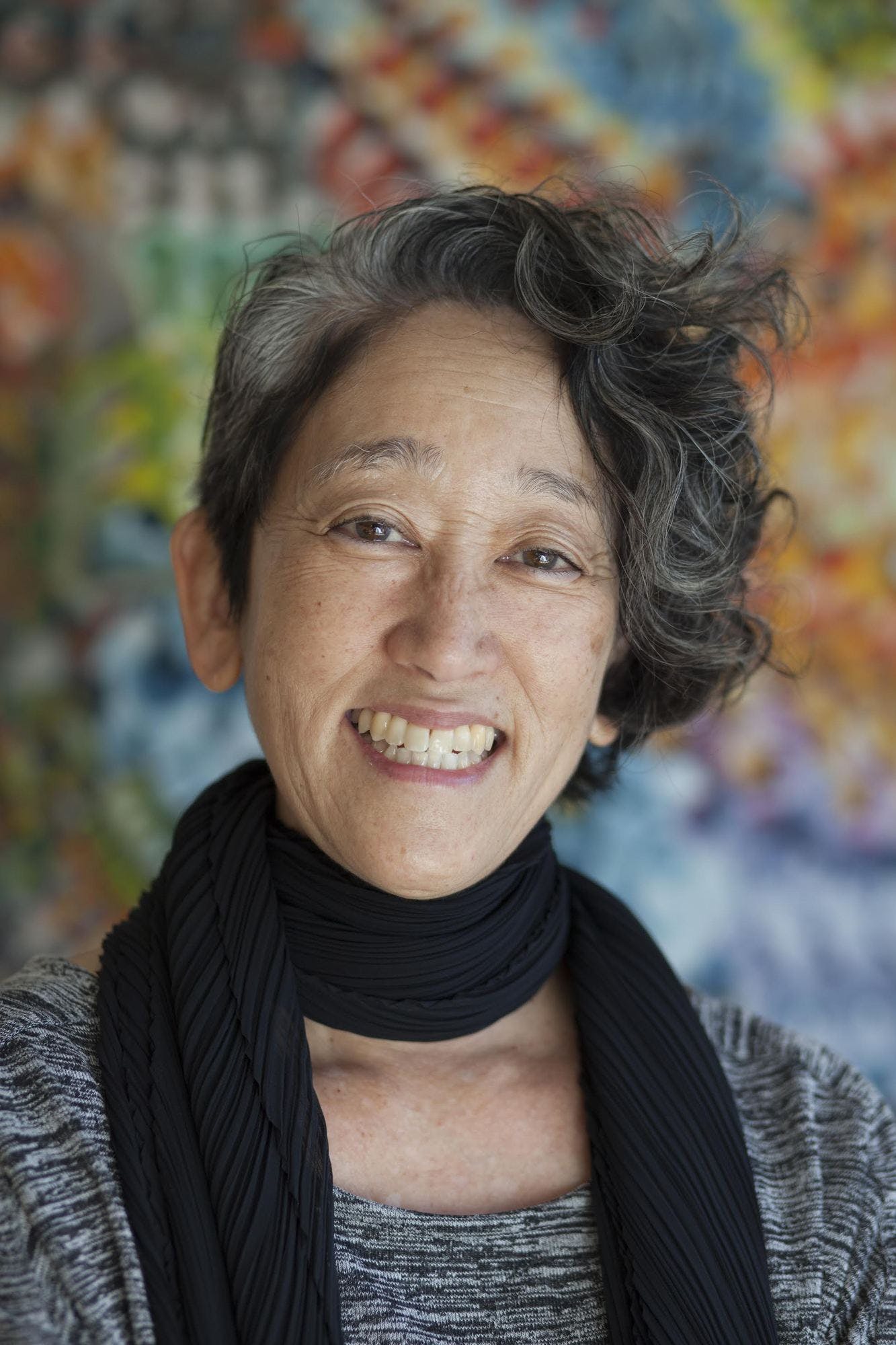 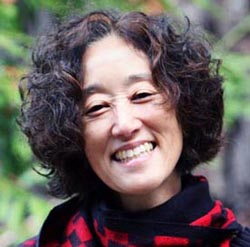 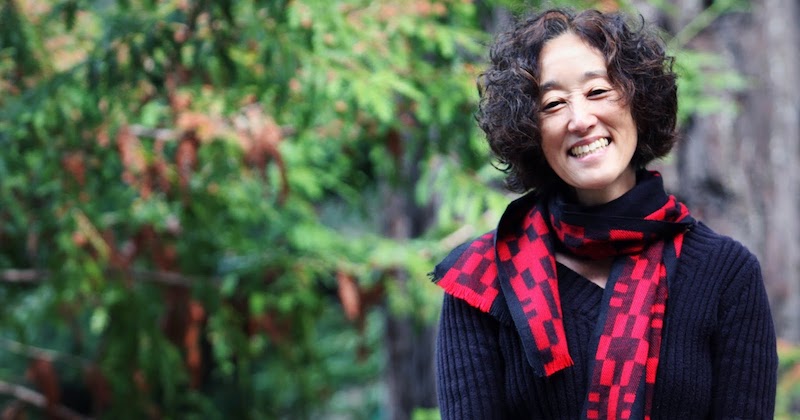