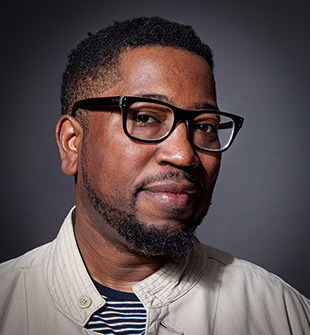 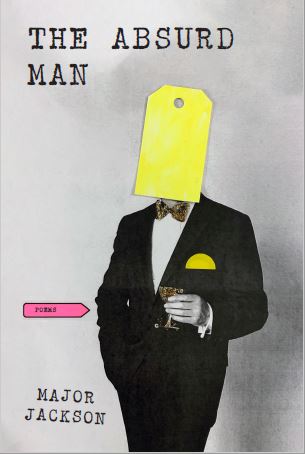 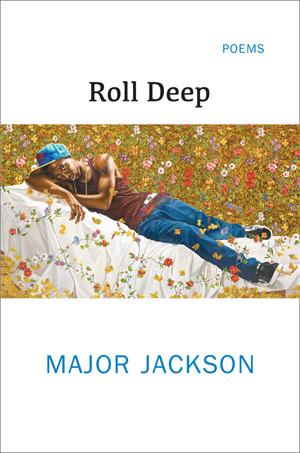 “Jackson knows the truth of black magic. It is a magic as simple as the belief in humanity that subverts racism, or the esoteric and mystical magic of making jazz, the music of hope and love.” —Afaa Weaver

Major Jackson is the author of five collections of poetry: The Absurd Man (2020); Roll Deep (2015); Holding Company (2010); Hoops (2006), all published by W.W. Norton; and Leaving Saturn (2002) by University of Georgia Press. Holding Company and Hoops were both selected as finalists for an NAACP Image Award in the category of Outstanding Literary Work in Poetry; and Leaving Saturn, awarded the Cave Canem Poetry Prize for a first book of poems, was a finalist for the National Book Critics Circle Award in Poetry. In The Absurd Man, inspired by Albert Camus’s seminal Myth of Sisyphus, Jackson’s fifth volume subtly configures the poet as “absurd hero” and plunges headfirst into a search for stable ground in an unstable world. In Roll Deep, he appropriated the vernacular notion of “rolling deep” to explore human intimacy and war, seeking a rhythmic sound that expresses the realities of the twenty-first century.

Jackson has published poems and essays in American Poetry Review, Callaloo, The New Yorker, Ploughshares, Poetry, Tin House, and in Best American Poetry. He served as guest editor of Best American Poetry in 2019. A recipient of a John Simon Guggenheim Fellowship, Pushcart Prize, and a Whiting Writers’ Award, he has been honored by the National Endowment for the Arts, Pew Fellowship in the Arts and the Witter Bynner Foundation in conjunction with the Library of Congress.

Jackson has served as a Distinguished Visiting Writer at Adelphi University, a creative arts fellow at the Radcliffe Institute for Advanced Study at Harvard University, Fine Arts Work Center in Provincetown, and the Sidney Harman Writer-in-Residence at Baruch College. He has taught at Columbia University, New York University, Xavier University of Louisiana, and the University of Massachusetts-Lowell as the Jack Kerouac Writer-in-Residence. He is a core faculty member of the Bennington Writing Seminars. He serves as the Poetry Editor of The Harvard Review.

Major Jackson lives in South Burlington, Vermont, where he is the Richard Dennis Green and Gold Professor at the University of Vermont.

Major Jackson is the author of five collections of poetry: The Absurd Man; Roll Deep; Holding Company; Hoops; and Leaving Saturn, which was awarded the Cave Canem Poetry Prize and was a finalist for the National Book Critics Circle Award in Poetry. His poems and essays have appeared in AGNI, American Poetry Review, Callaloo, The New Yorker, Ploughshares, Poetry, Tin House, and in Best American Poetry. He served as guest editor of Best American Poetry in 2019. Jackson is a recipient of a Pushcart Prize, a Whiting Writers’ Award, and has been honored by the Pew Fellowship in the Arts and the Witter Bynner Foundation in conjunction with the Library of Congress.

Inspired by Albert Camus’s seminal Myth of Sisyphus, Major Jackson’s fifth volume subtly configures the poet as “absurd hero” and plunges headfirst into a search for stable ground in an unstable world. We follow Jackson’s restless, vulnerable speaker as he ponders creation in the face of meaninglessness, chronicles an increasingly technological world and the difficulty of social and political unity, probes a failed marriage, and grieves his lost mother with a stunning, lucid lyricism. The arc of a man emerges; he bravely confronts his past, including his betrayals and his mistakes, and questions who he is as a father, as a husband, as a son, and as a poet. With intense musicality and verve, The Absurd Man also faces outward, finding refuge in intellectual and sensuous passions. At once melancholic and jubilant, Jackson considers the journey of humanity, with all its foibles, as a sacred pattern of discovery reconciled by art and the imagination.

This breakthrough volume appropriates the vernacular notion of “rolling deep” to explore human intimacy and war. The poems in Roll Deep are whimsical, urbane, and introspective, seeking a rhythmic sound that expresses the realities of the twenty-first century. Whether about child soldiers in Dadaab, a refugee camp in East Kenya, or human intimacy, the poems build community across borders of language and style. 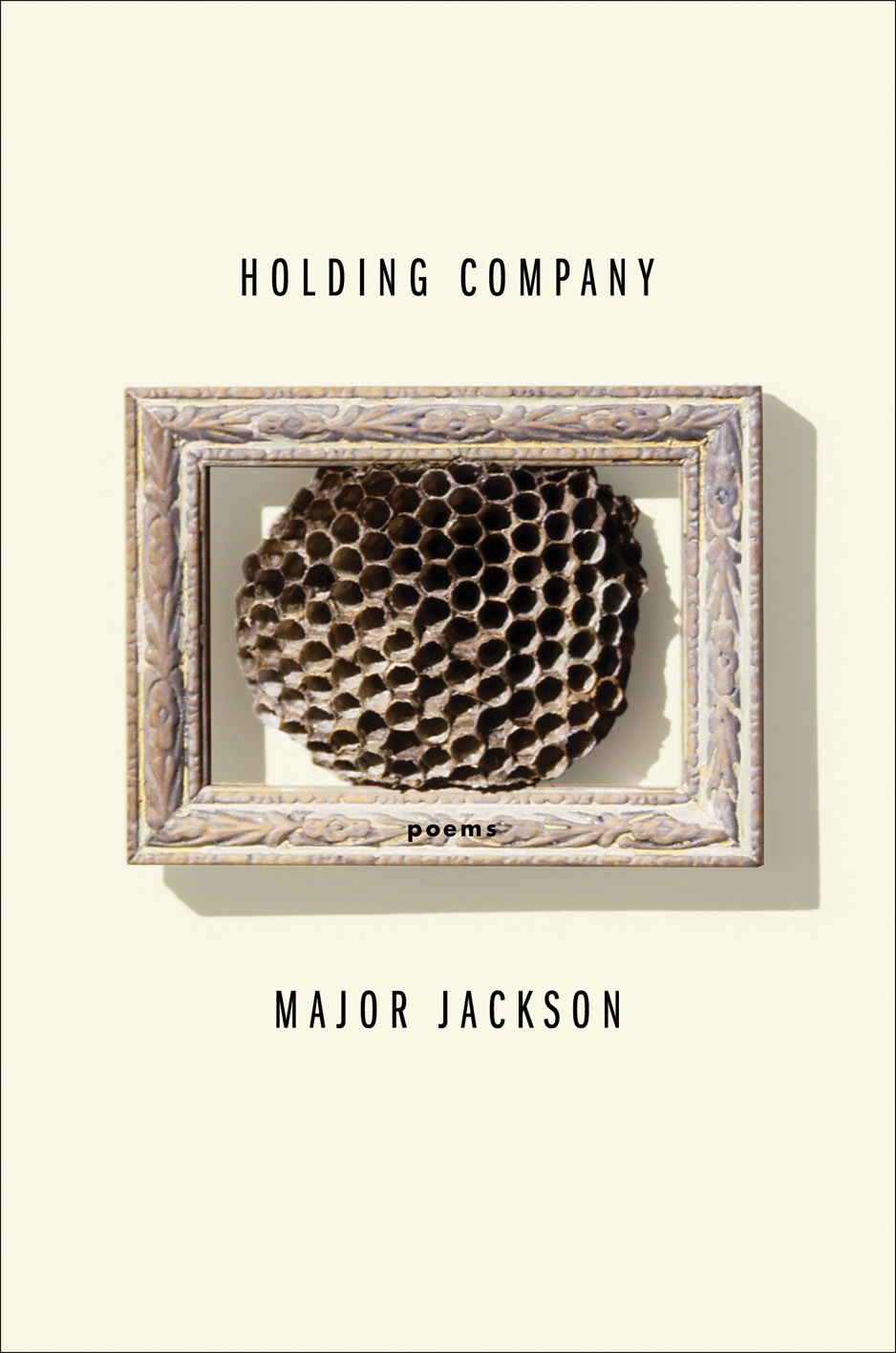 In Holding Company, Major Jackson explores art, literature, and music as a kingdom, or an empire, a dark, seductive force in our lives. In an effort to understand desire, beauty, and love as transient anodynes to metaphysical loneliness, he invokes Constantine Cavafy, Pablo Neruda, Anna Akhmatova, and Dante Rossetti.

The stillness of a lover’s mouth
assaulted me. I never wearied of anecdotes
on the Commons, gesturing until I scattered
myself into a luminance, shining over a city
of women. Was I less human or more? I hear still
my breathing echoing off their pillows. So many
eyes like crushed flowers. Our fingers splayed
over a bed’s edge. We were blown away. “The slangy title of Jackson’s second collection is a layered metaphor, implying, among other things, basketball, jewelry, and life’s hurdles. Jackson seems to define himself by his eclecticism; he reveres basketball players as much as poets. Recalling his early life in a rough Philadelphia neighborhood, he draws nourishment from a sense of his acuity: ‘My breathing / was older than me.’ His poems are witty, musical, and intelligent; he is equally happy discussing the war on terror—’An empire croons, toughed-up in a trance”‘—or describing early crushes: ‘The swagger / behind their blue-tinted sunglasses and low-rider / jeans hurt boys like me.’ Other subjects include Columbine, Tupac Shakur, iPods, and, above all, the condition and future of the black poet. In a final flourish of contrast, Jackson writes an epistolary poem to Gwendolyn Brooks, in a recognizable, albeit flexible, rhyme royal.” —The New Yorker “From Sun Ra to the conundrum of adolescent sexuality, from barbershop culture to basketball and dance as rites of passage, Leaving Saturn is largely about returning: to tradition, to a psychological landscape both American and African American, and to a recognition of that suffering without which ‘how else/do we know we are here?’ An ambitious debut, for which Major Jackson has coined an idiom and music all his own.” —Carl Phillips

Leaving Saturn, chosen by Al Young as the winner of the Cave Canem Poetry Prize, is an ambitious and honest collection. Major Jackson, through both formal and free verse poems, renders visible the spirit of resilience, courage, and creativity he witnessed among his family, neighbors, and friends while growing up in Philadelphia. His poems hauntingly reflect urban decay and violence, yet at the same time they rejoice in the sustaining power of music and the potency of community. Jackson also honors artists who have served as models of resistance and maintained their own faith in the belief of the imagination to alter lives. The title poem, a dramatic monologue in the voice of the American jazz composer and bandleader Sun Ra, details such a humane program and serves as an admirable tribute to the tradition of African American art. Throughout, Jackson unflinchingly portrays our most devastated landscapes, yet with a vividness and compassion that expose the depth of his imaginative powers.

• Black Male Writers for Our Time — The New York Times

• Review of Roll Deep — The Rumpus

• Review of Holding Company — The Rumpus

• The Poetry of Major Jackson – VPR

ROOF OF THE WORLD

I live on the roof of the world among the aerial
simulacra of Things, among the faded: old tennis shoes,
vanished baseballs, heartbreak gritted with dirt. My mind
alights like lightning in a cloud. I’m networked
beholding electric wires and church spires.
I lean forward and peer at the suffering below—
Sartre said: man is condemned to be free.
I believe in the dead who claim to believe in me—
says, too, the missing and forgotten. Day darkens
on. I hear our prayers rising. I sing to you, now.

I have not disappeared.

The boulevard is full of my steps. The sky is
full of my thinking. An archbishop
prays for my soul, even though
we met only once, and even then, he was
busy waving at a congregation.
The ticking clocks in Vermont sway

back and forth as though sweeping
up my eyes and my tattoos and my metaphors,
and what comes up are the great paragraphs
of dust, which also carry motes
of my existence. I have not disappeared.
My wife quivers inside a kiss.
My pulse was given to her many times,

in many countries. The chunks of bread we dip
in olive oil is communion with our ancestors,
who also have not disappeared. Their delicate songs
I wear on my eyelids. Their smiles have
given me freedom which is a crater
I keep falling in. When I bite into the two halves
of an orange whose cross-section resembles my lungs,

a delta of juices burst down my chin, and like magic,
makes me appear to those who think I’ve
disappeared. It’s too bad war makes people
disappear like chess pieces, and that prisons
turn prisoners into movie endings. When I fade
into the mountains on a forest trail,
I still have not disappeared, even though its green façade
turns my arms and legs into branches of oak.
It is then I belong to a southerly wind,
which by now you have mistaken as me nodding back
and forth like a Hasid in prayer or a mother who has just
lost her son to gunfire in Detroit. I have not disappeared.

In my children, I see my bulging face
pressing further into the mysteries.

In a library in Tucson, on a plane above
Buenos Aires, on a field where nearby burns
a controlled fire, I am held by a professor,
a general, and a photographer.
One burns a finely wrapped cigar, then sniffs
the scented pages of my books, scouring
for the bitter smell of control.
I hold him in my mind like a chalice.
I have not disappeared. I swish the amber
hue of lager on my tongue and ponder the drilling
rigs in the Gulf of Alaska and all the oil-painted plovers.

When we talk about limits, we disappear.
In Jasper, TX you can disappear on a strip of gravel.

I am a life in sacred language.
Termites toil over a grave,
and my mind is a ravine of yesterdays.
At a glance from across the room, I wear
September on my face,
which is eternal, and does not disappear
even if you close your eyes once and for all
simultaneously like two coffins.

This downpour of bad reasoning, this age-old swarm,
this buzzing about town, this kick and stomp
through gardens, this snag on the way to the mall,
this heap and toss of fabric and strewn shoes, this tangled
beauty, this I came here not knowing, here
to be torched, this fumbling ecstasy, this spray of lips
and fingers, this scrape of bone, this raid
of private grounds, this heaving and rocking, this scream
and push, this sightless hunger, this tattered perishing,
this rhythmic teeth-knocking, this unbearable
music, this motionless grip, grimace, and groan. 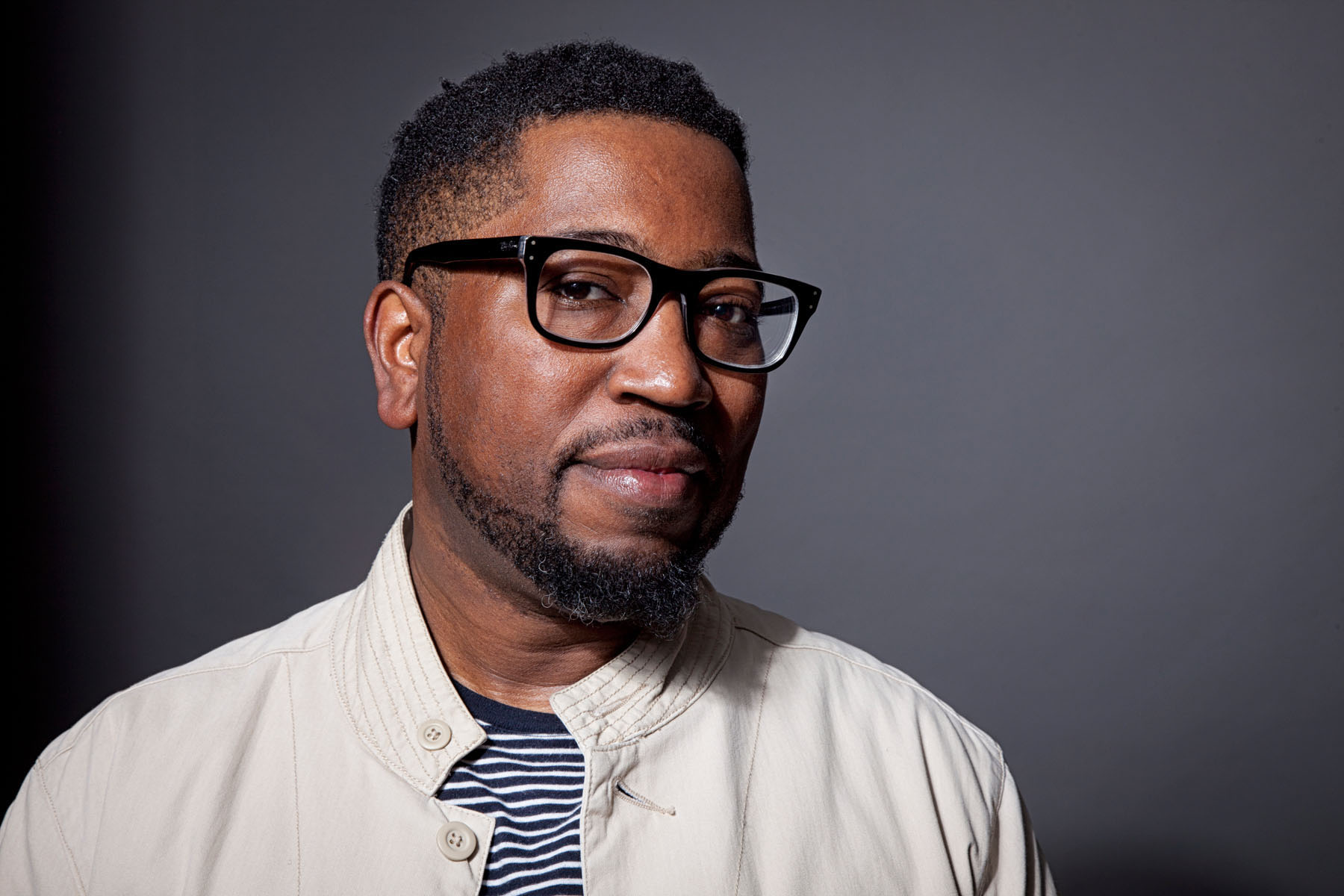 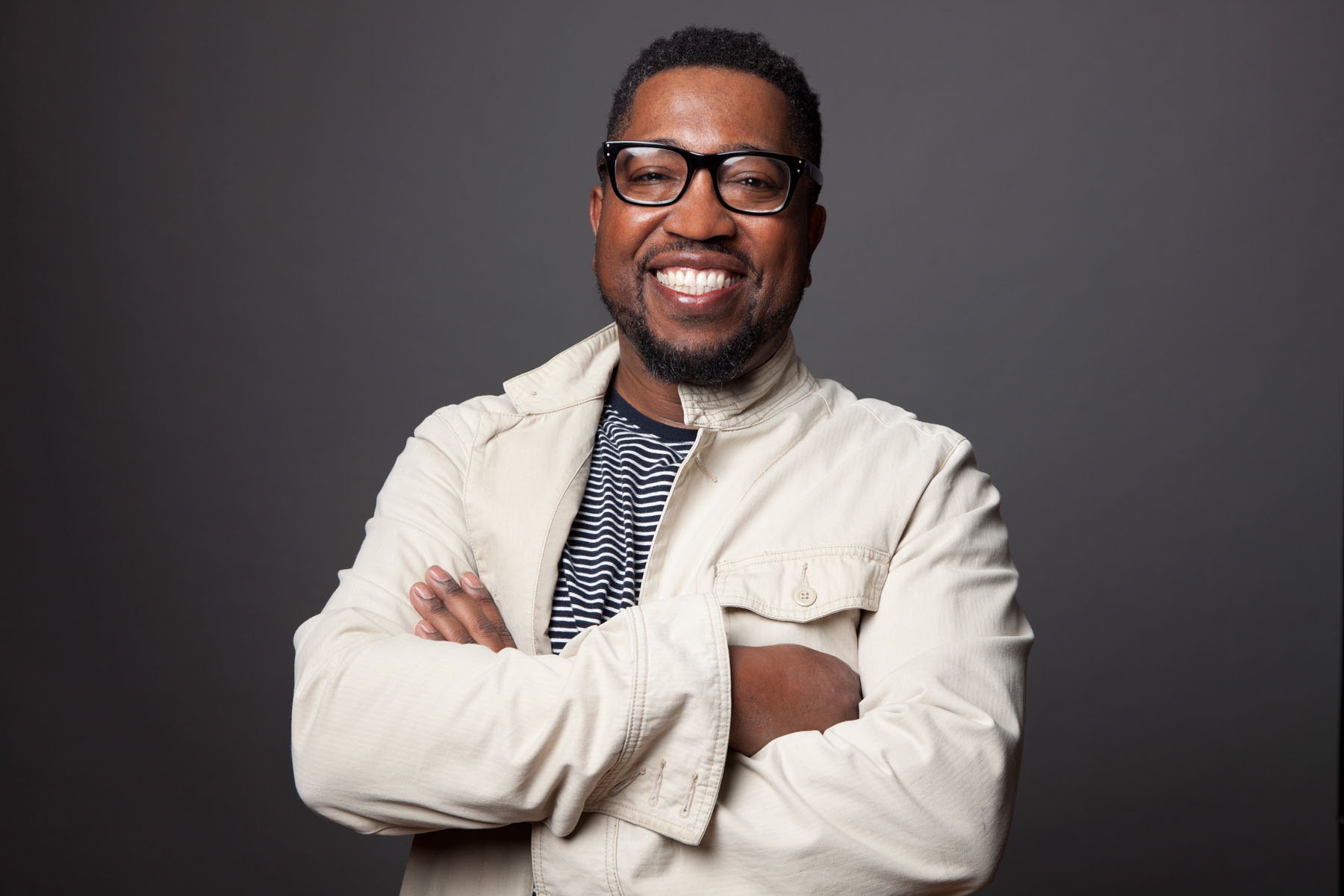 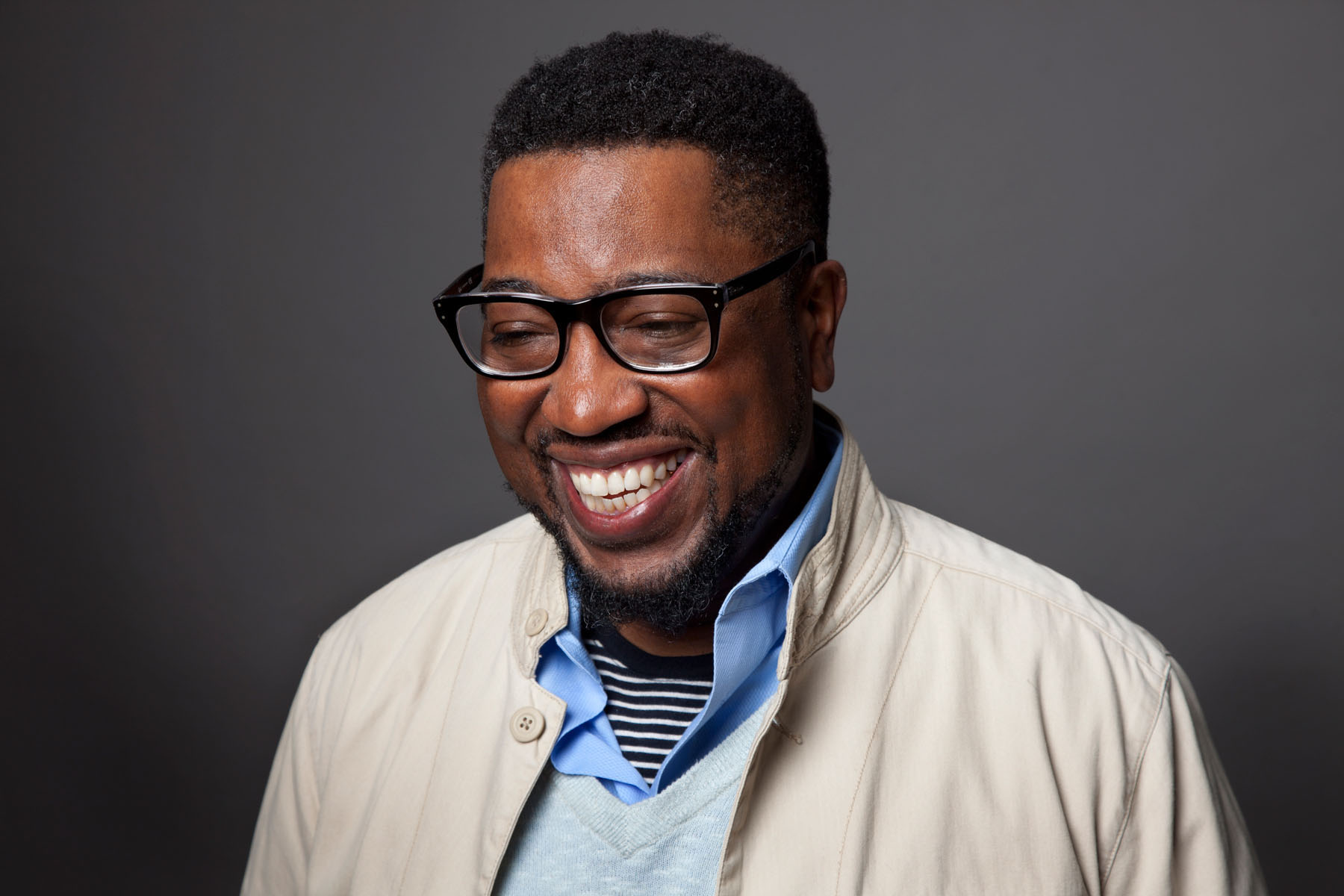 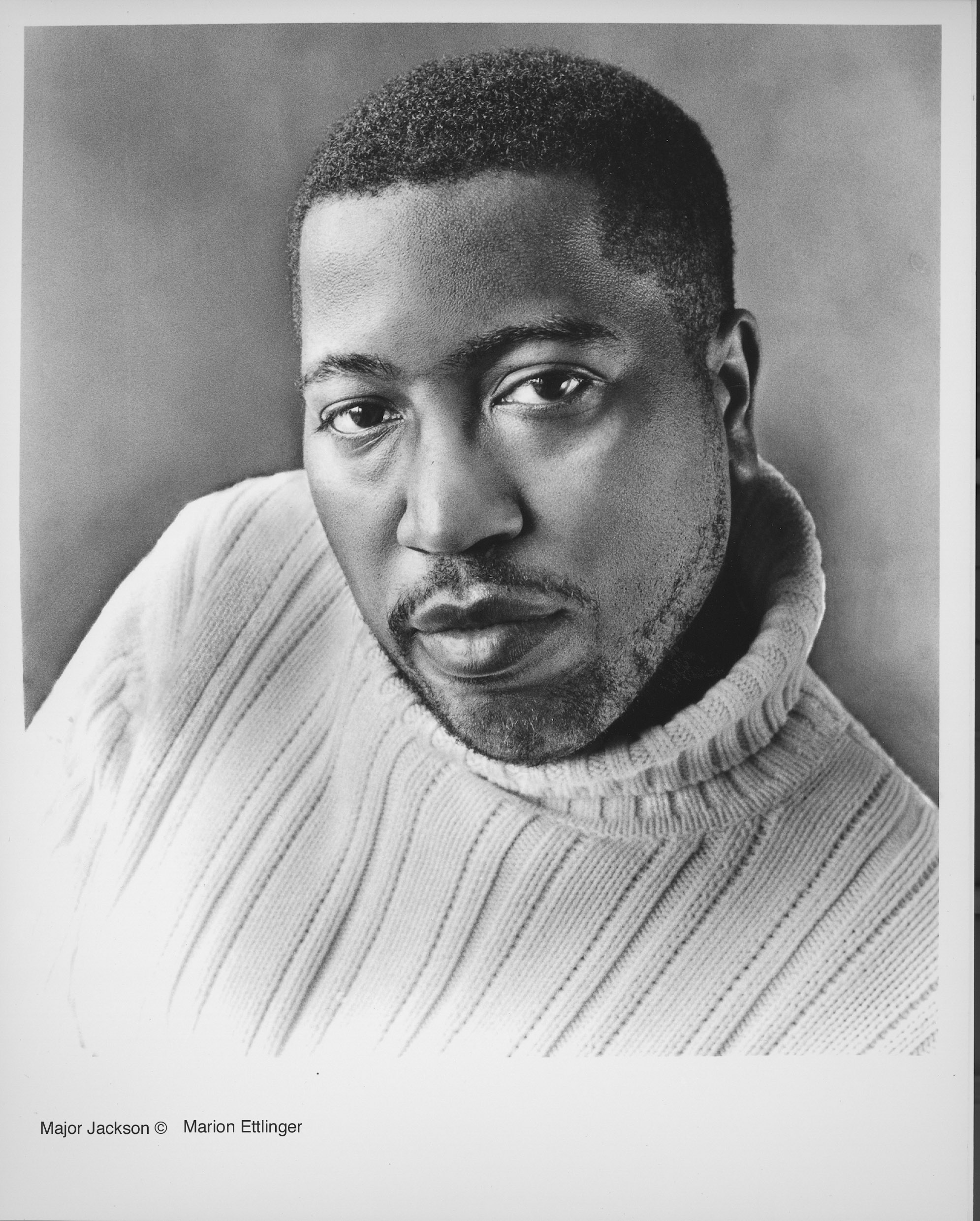 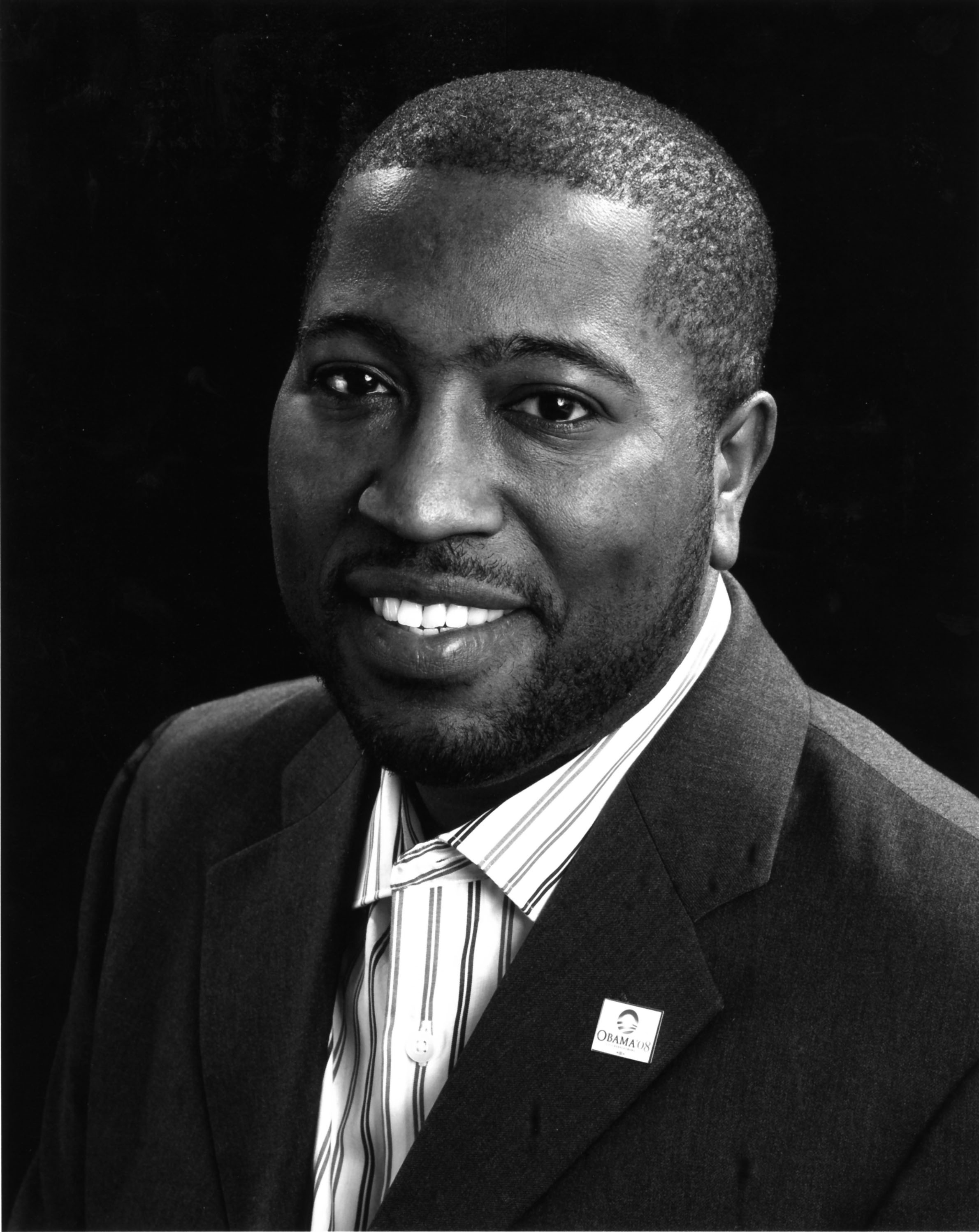 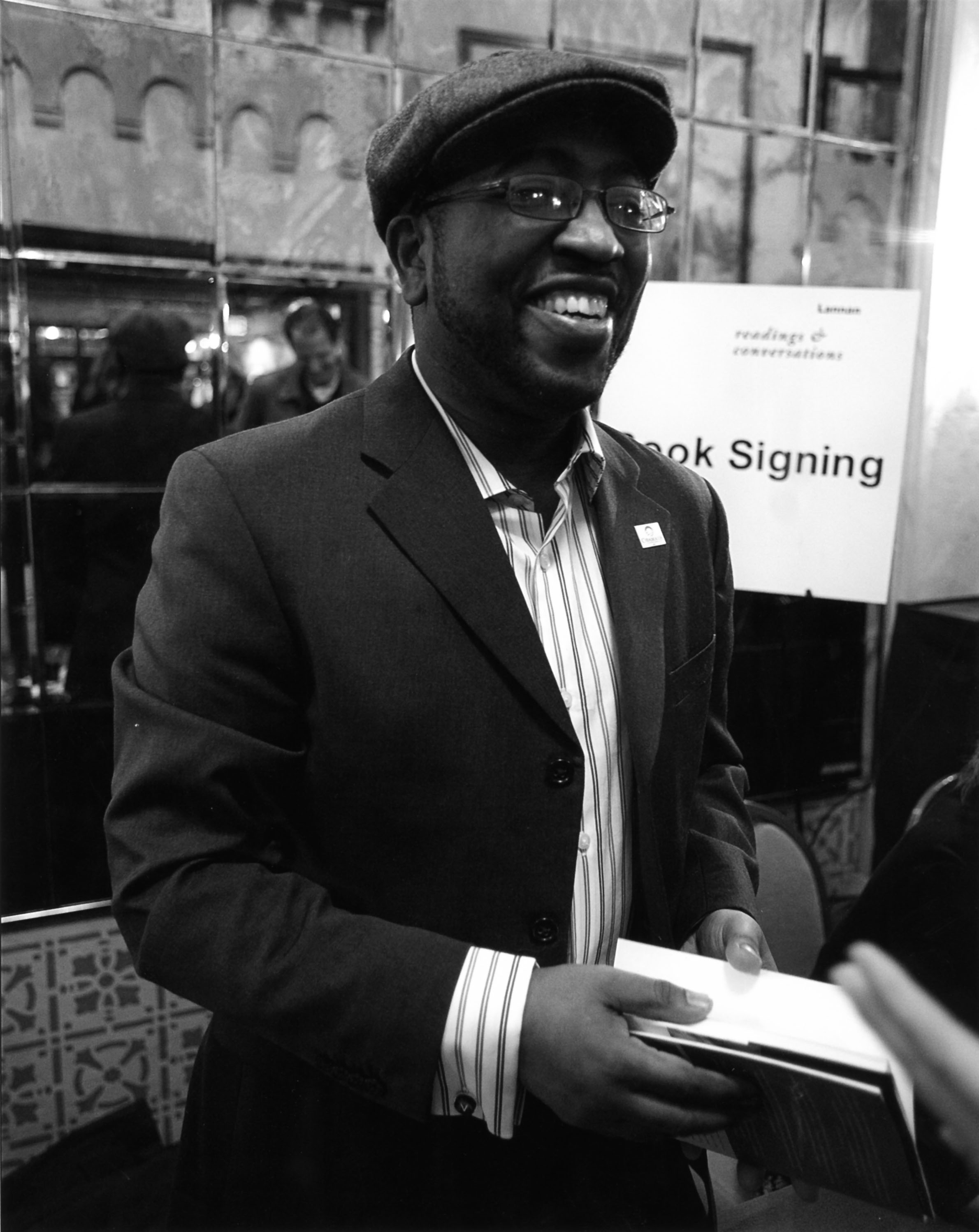