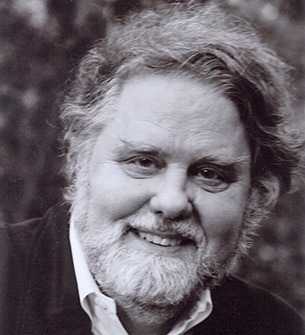 “One of the greatest pieces of good luck that has happened recently in American poetry is Coleman Barks’ agreement to translate poem after poem of Rumi….Coleman’s exquisite sensitivity to the flavor and turns of ordinary American speech has produced marvelous lines, full of flavor and Sufi humor, as well as the intimacy that is carried inside American speech at its best.” —Robert Bly

Coleman Barks has, since 1977, collaborated with various scholars of the Persian language (most notably, John Moyne) to bring over into American free verse the poetry of the 13th Century mystic, Jelaluddin Rumi. This work has resulted in twenty-two volumes, including the bestselling Essential Rumi in 1995, two appearances on Bill Moyers’ PBS specials, and inclusion in the prestigious Norton Anthology of World Masterpieces. The most recent translation is Soul Fury and Kindness, the Friendship of Rumi and Shams Tabriz (2014). The Rumi translations have sold over a million and a half copies. It is claimed that over the last fifteen years Rumi has been the most-read poet in the United States. In October 2010, HarperOne published Rumi: The Big Red Book, which collects all of the work on Rumi’s ghazals and rubai that he has done over the past thirty-four years. Sounds True has published a 3-CD set of recordings of Coleman with Grammy-award winning cellist, David Darling, Just Being Here: Rumi and Human Friendship.

Dr. Barks taught American Literature and Creative Writing at various universities for thirty-four years, and has published eight volumes of his own poetry. The Univ. of Georgia Press published WINTER SKY: Poems 1968-2008 in September of 2008. More recently in 2012, HUMMINGBIRD SLEEP: Poems 2009-2011. In 2004, he received the Juliet Hollister Award for his work in the interfaith area. In March 2005, the US State Dept. sent him to Afghanistan as the first visiting speaker there in twenty-five years. In May of 2006, he was awarded an honorary doctorate by the University of Tehran. In 2009, he was inducted into the Georgia Writers Hall of Fame. He is now retired Professor Emeritus at the Univ. of Georgia in Athens. He was born in 1937 in Chattanooga, Tennessee and educated at the University of North Carolina and at the University of California, Berkeley. He has two grown sons and five grandchildren, all of whom live near him in Athens, Georgia.

Coleman Barks has translated twenty-one volumes of the poems of Rumi, including the bestselling Essential Rumi in 1995 and Rumi: The Big Red Book, which collects all of Barks’s work on Rumi’s ghazals and rubai over the past thirty-four years. Barks has published eight volumes of his own poetry, including Hummingbird Sleep: Poems 2009-2001 and Winter Sky: Poems 1968-2008. In 2004, he received the Juliet Hollister Award for his work in the interfaith area and in March 2005, the US State Dept. sent him to Afghanistan as the first visiting speaker there in twenty-five years.

The poems in Hummingbird Sleep move associatively between Coleman Barks’s personal experience and his extensive reading, weaving together a wild and eclectic range of material. A discussion of Plotinus, Barks’s appearance on PBS NewsHour, a note Keats once left on Wordsworth’s mantelpiece, a splinter in the heel, and a quote from the Upanishads-all make their way into Barks’s most recent poems, which achieve intimacy and expansiveness at the same time.

As the foremost translator of thirteenth-century mystic poet Jalal Al-Din Rumi, Coleman Barks reaches a devoted, inspired, and ever-widening international audience. Yet the foundation for Barks’ work as a translator is his own significant body of work as a poet. Winter Sky offers a selection from Barks’ seven previously published books combined with a group of new poems. Barks’ open-hearted, free verse poetry is infused with a joy of the spirit at play with the forms of the world. His journey through life is deeply embedded in his work. The poems spring directly from experience and engage with subjects such as the elation and struggle of having and raising children, grief over the deaths of loved ones, the transition from parent to grandparent, or the changing nature and intensity of desire. Barks’ open letter to President Bush, written days before the invasion of Iraq and widely circulated online, is a poetic plea for peace, offering a startling and moving alternative to war. Whether it is the childhood excitement of being named best athlete at summer camp or the early signs of dementia at the age of seventy, Barks uses the personal to convey the universal. The unique flow of a life is here in poems that are rueful, confused, torn, and grateful, but always informed by Barks’ transcendent sense of joy and playfulness.

Without question, we can credit Coleman Barks with making Rumi accessible to American readers through his modernized renditions of the best-known poems of the great Islamic mystic. This is the capstone of Barks’ life’s work, a vast collection centering on Shams Tabrizi, a wandering mystic who transformed Rumi’s life. Rumi was already renowned when Shams arrived in Konya, in today’s Turkey, having wandered for years searching for someone with a soul as profound as his own with whom to share “sobbet,” a mystical conversation about God and love. Rumi and Shams inspired each other for several years, until Shams mysteriously disappeared. He lives on in Rumi’s searching poems. Most of the hundreds of poems collected here are short: “Take someone who does not keep score, / who is not looking to be richer, or afraid of losing, / who has not the slightest interest even / in his own personality. He is free.” Even the longer ones have the same intimate tone. Richly sensual yet never flowery, Barks’ language emphasizes Rumi’s embodied spirituality in a book to savor.
—Booklist

• “Questions of Faith”: An Interview with Coleman Barks — Poetry Society

• Coleman Barks on Rumi, Sensitivity, and the Path with No Name — The Sun Magazine

• ‘This We Have Now’: An Interview with Coleman Barks – Science and Nonduality

It is so easy to say
I want a new life
in the form of some new shoes
a new darkblue turtleneck
and a big scruffy poncho
for poetry reading
a whole new set of people
a new wife new town
new children. So have one.

A tissue catches fire
in a child’s hand
and floats up burning
out of a basement window.

I am hunched over, standing
inside a waterfall,
and I can spot figures out there.
Watery bodies
come clear to one eye,
clear and then gone
and I am just as much of a blur,
a nameless hump in the shower,
hoping, with this poem,
to go with it down
that slick place
into the drink
of a swim, my shoulders
in the moving body.

I asked for one kiss: you gave me six.
Who was teacher is now student.
Things good and generous take form
in me, and the air is clear. 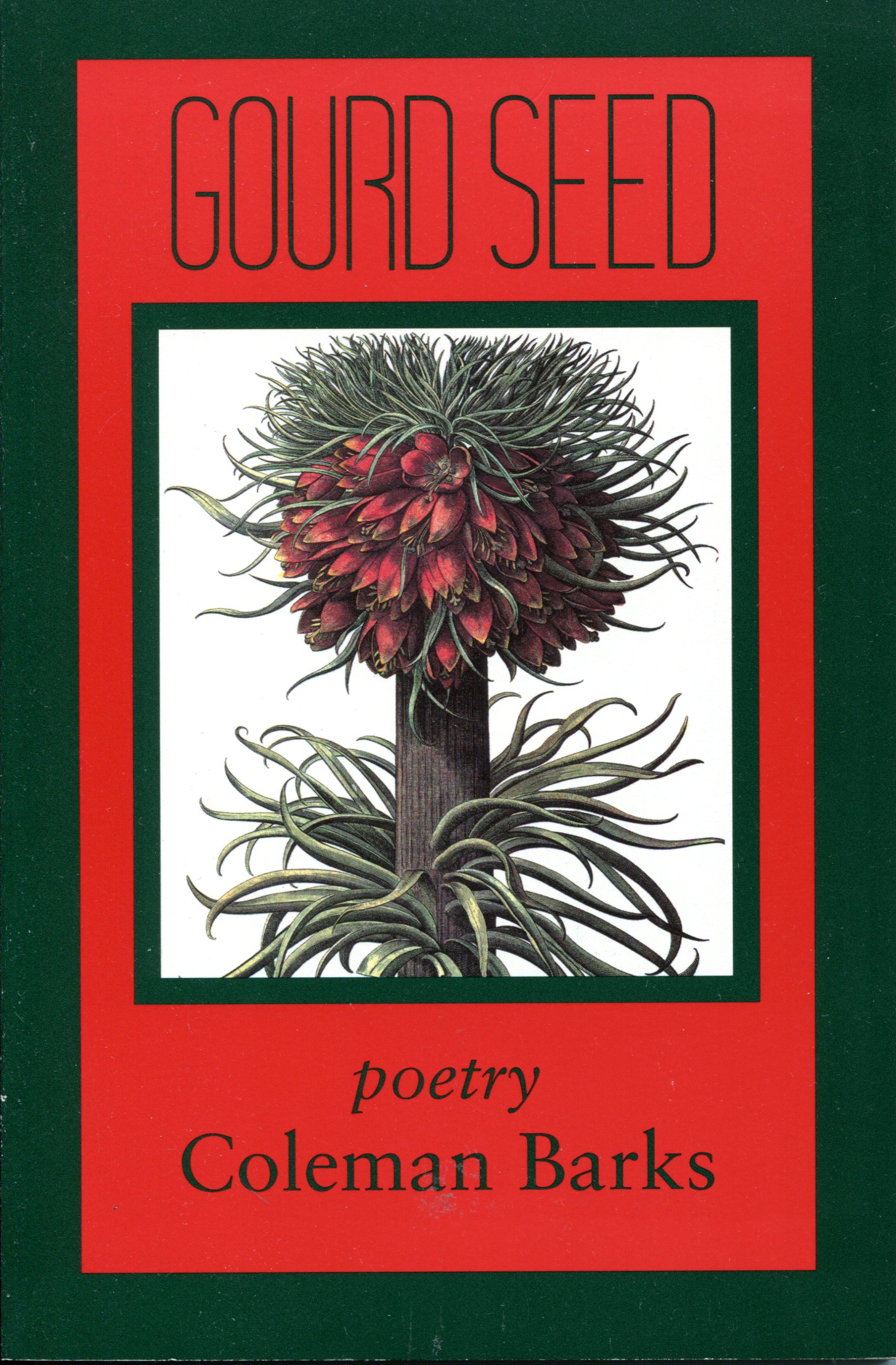 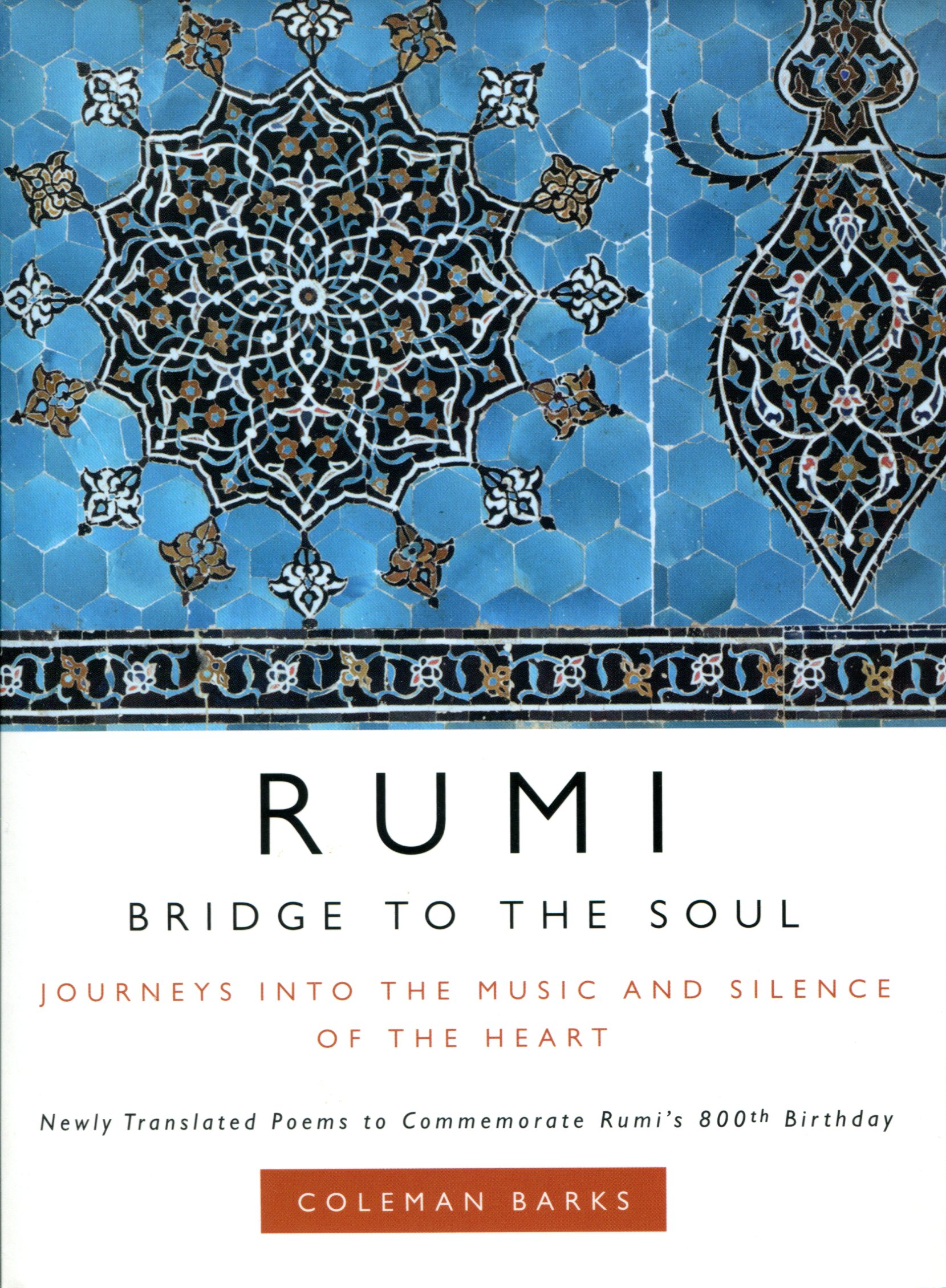 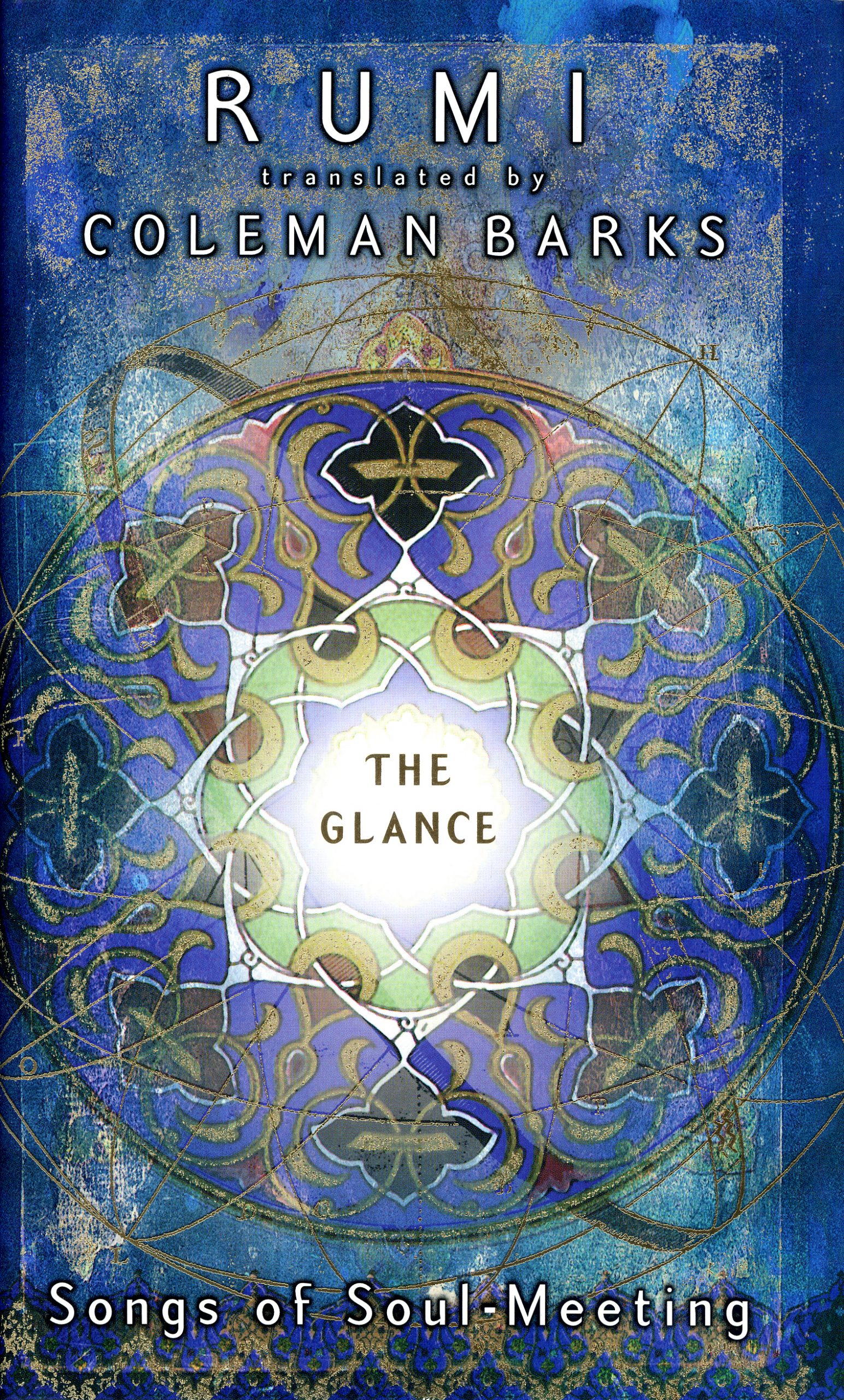 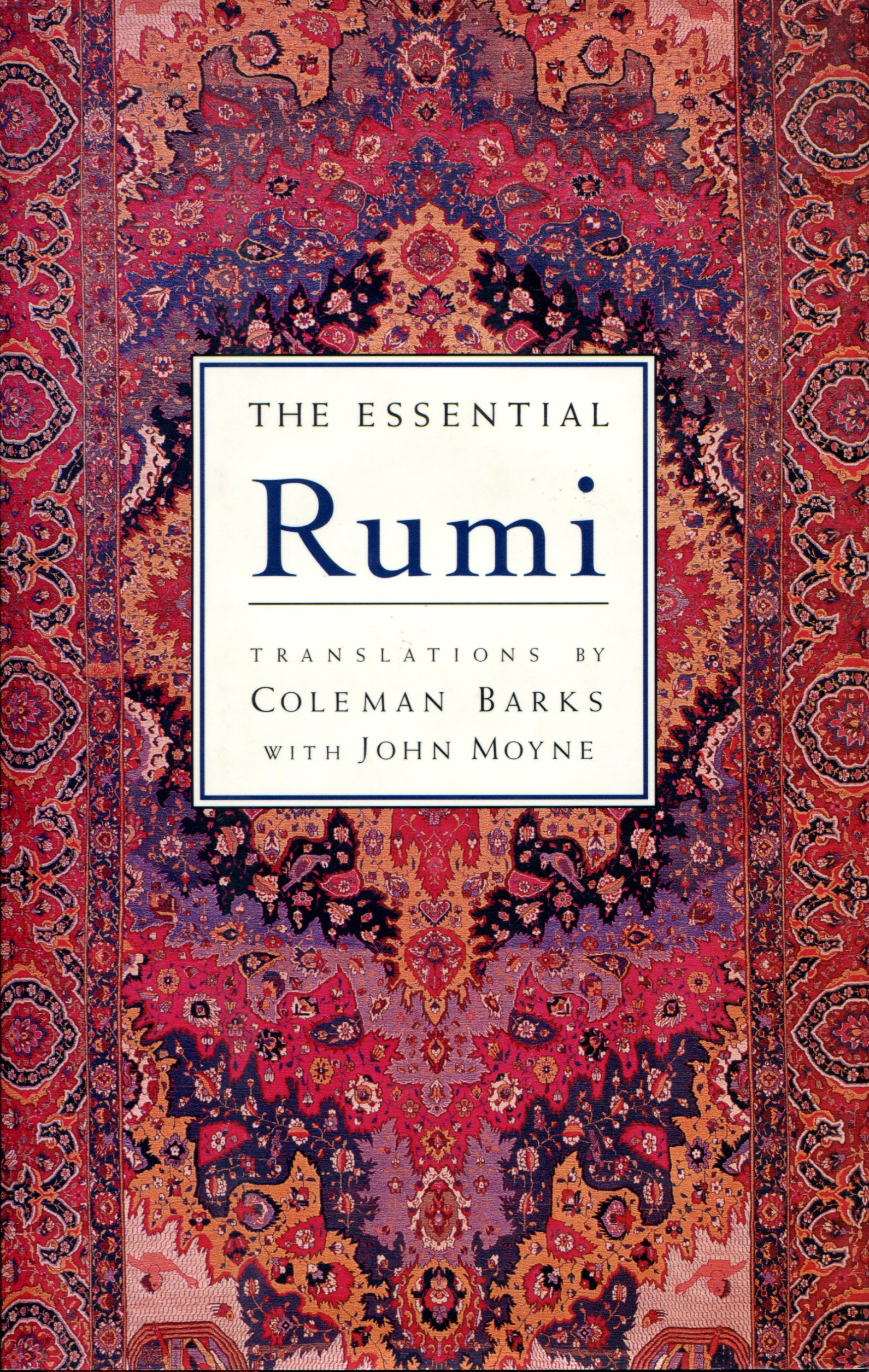 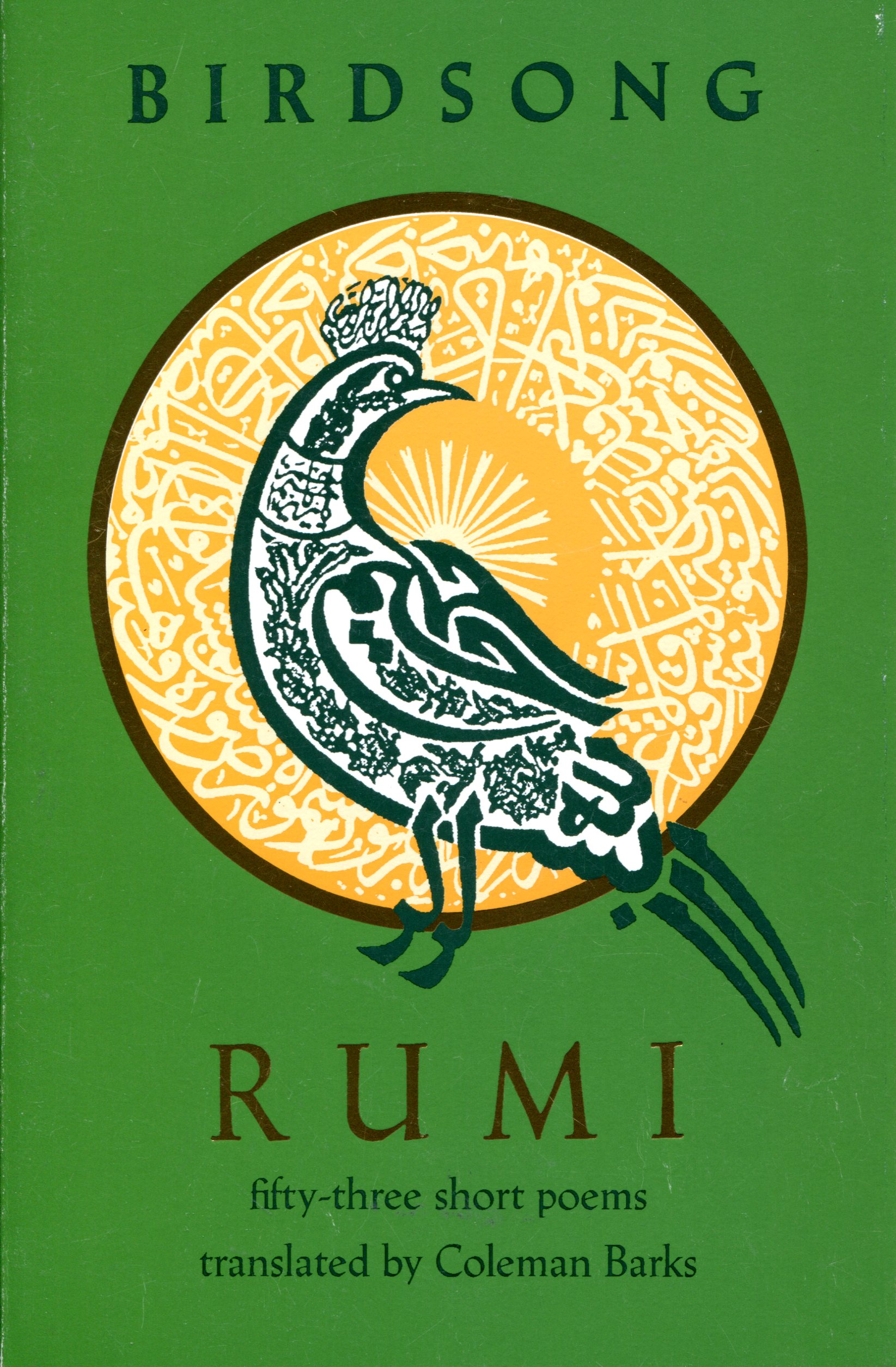 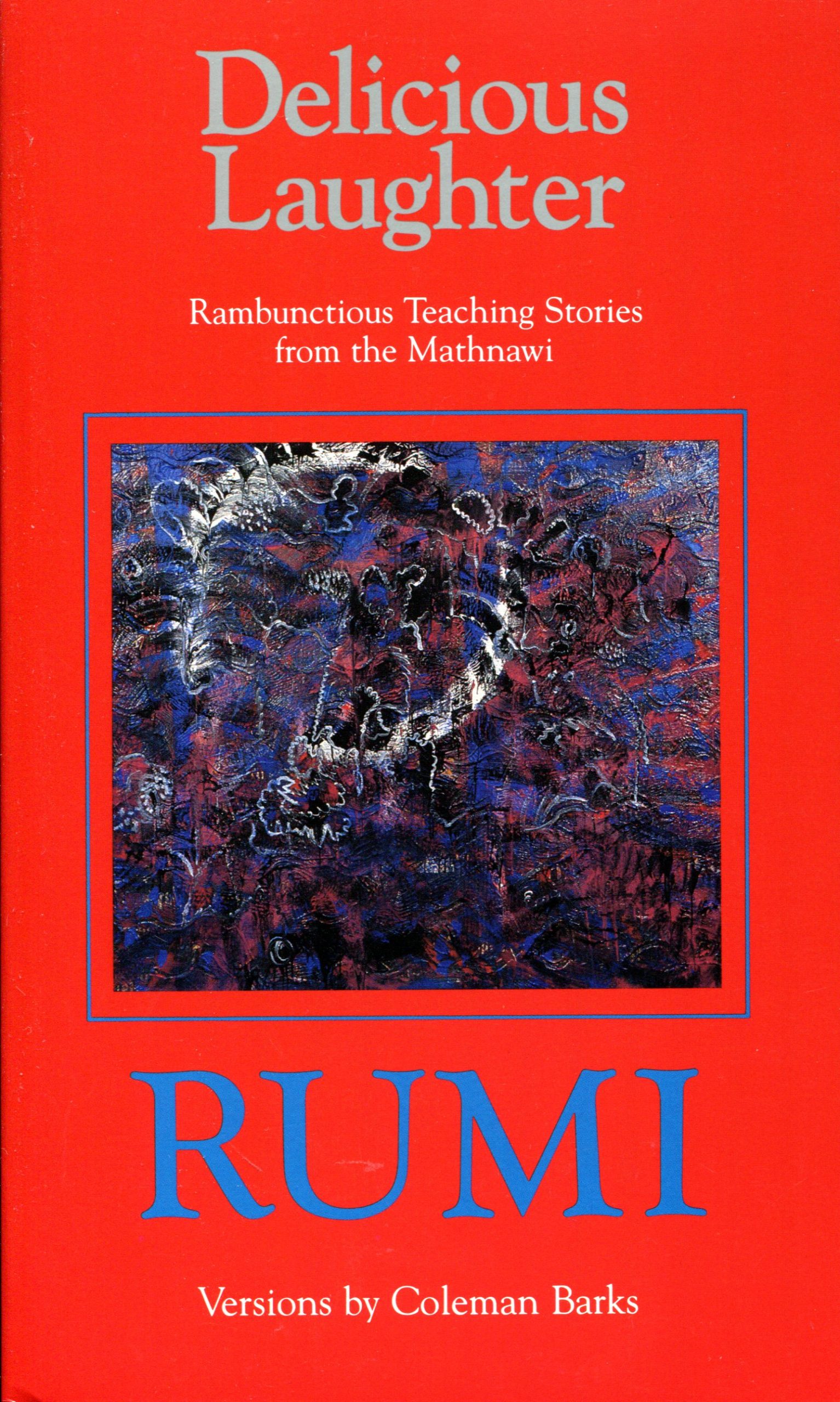 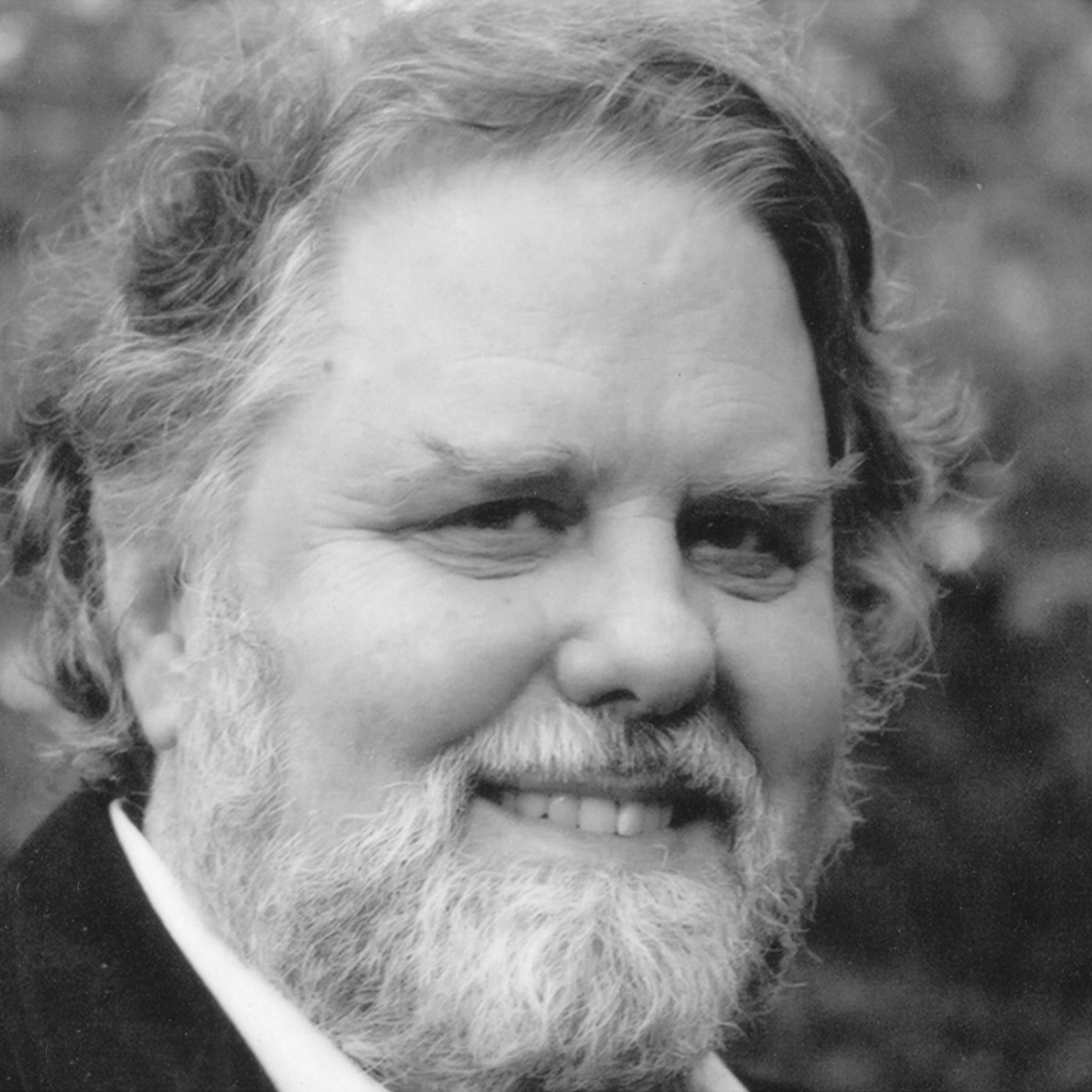 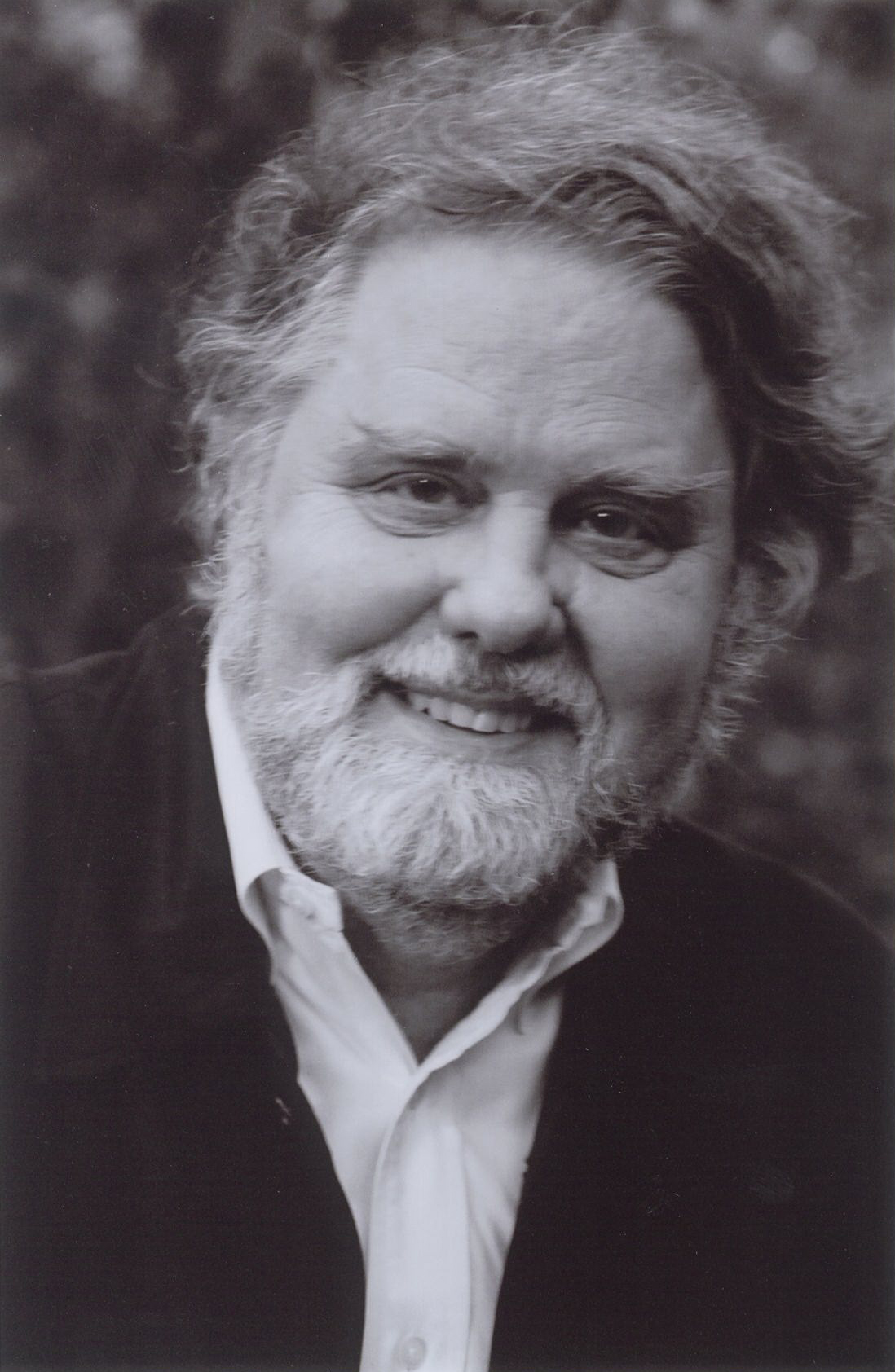 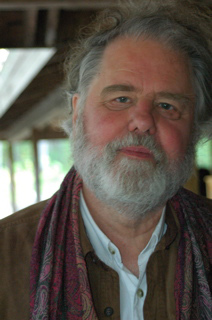