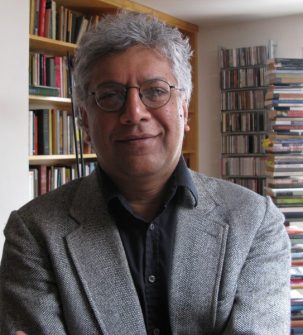 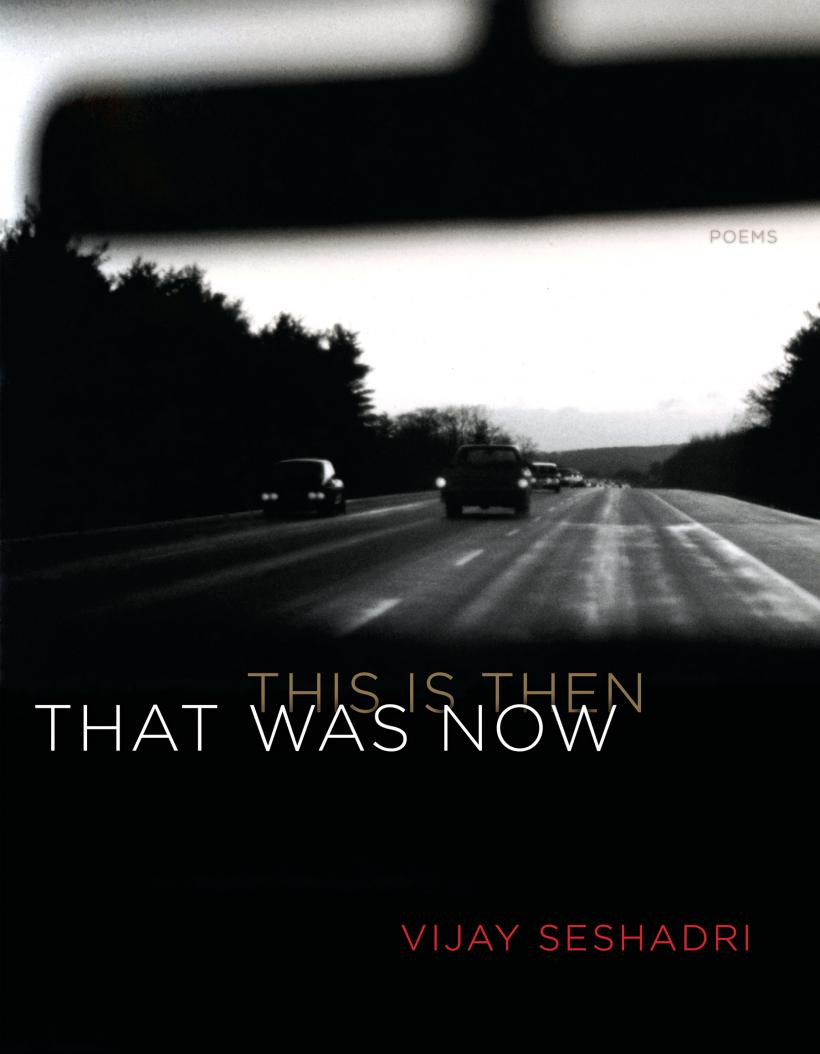 “Seshadri is a son of Frost by way of Ashbery: both the high-frequency channels of consciousness and the jazz of spoken language are audible in these poems.” —The New Yorker

“This is a strong, almost reckless voice turning dark experience into an unrelenting sense of possibility. From the rhyming stanzas to a long prose meditation, the power of casual declamation holds sway.” —Los Angeles Times Book Review

Vijay Seshadri is the author of three collections of poetry, including 3 Sections, which was awarded the 2014 Pulitzer Prize for Poetry. His other collections of poems include That Was Now, This Is Then (Graywolf Press, 2020); The Long Meadow (Graywolf Press, 2004), which won the James Laughlin Award; and Wild Kingdom (1996). His poems, essays, and reviews have appeared in AGNI, the American Scholar, Antaeus, Bomb, Boulevard, Lumina, the Nation, the New Yorker, the Paris Review, Shenandoah, Southwest Review, Threepenny Review, Verse, Western Humanities Review, Yale Review, the Times Book Review, the Philadelphia Enquirer, Bomb, San Diego Reader, and TriQuarterly, and in many anthologies, including Under 35: The New Generation of American Poets, Contours of the Heart, Staying Alive: Real Poems for Unreal Times, and Best American Poetry. Seshadri has received grants from the New York Foundation for the Arts and the National Endowment for the Arts, and has been awarded the Paris Review’s Bernard F. Conners Long Poem Prize and the MacDowell Colony’s Fellowship for Distinguished Poetic Achievement.

Born in Bangalore, India, in 1954, Seshadri came to America at the age of five. He grew up in Columbus, Ohio, where his father taught chemistry at Ohio State University, and has lived in many parts of the country, including the Pacific Northwest, where he spent five years working in the fishing and logging industries, and New York’s Upper West Side, where he was a graduate student in Columbia’s Ph.D. program in Middle Eastern Languages and Literature. He holds an A.B. degree from Oberlin College and an M.F.A. from Columbia University. He currently teaches prose and nonfiction writing at Sarah Lawrence College and lives in Brooklyn with his wife and son.

Vijay Seshadri is the author of four collections of poetry, including That Was Now, This Is Then, 3 Sections, which was awarded the 2014 Pulitzer Prize for Poetry. The Pulitzer Prize committee praised 3 Sections as: “a compelling collection of poems that examine human consciousness, from birth to dementia, in a voice that is by turns witty and grave, compassionate and remorseless.” His other collections include The Long Meadow, which won the James Laughlin Award, and Wild Kingdom. His poems, essays, and reviews have appeared in AGNI, the American Scholar, Antaeus, Bomb, Boulevard, Lumina, the Nation, the New Yorker, the Paris Review, Shenandoah, Southwest Review, Threepenny Review, Verse, Western Humanities Review, Yale Review, the Times Book Review, the Philadelphia Enquirer, Bomb, San Diego Reader, and TriQuarterly, and in many anthologies, including Under 35: The New Generation of American Poets, Contours of the Heart, Staying Alive: Real Poems for Unreal Times, and Best American Poetry.

THAT WAS NOW, THIS IS THEN (2020)
No one blends ironic intelligence, emotional frankness, radical self-awareness, and complex humor the way Vijay Seshadri does. In this, his fourth collection, he affirms his place as one of America’s greatest living poets. That Was Now, This Is Then takes on the planar paradoxes of time and space, destabilizing highly tuned lyrics and elegies with dizzying turns in poems of unrequitable longing, of longing for longing, of longing to be found, of grief. In these poems, Seshadri’s speaker becomes the subject, the reader becomes the writer, and the multiplying refracted narratives yield an “anguish so pure it almost / feels like joy.”

“Deft yet direct, often funny and yet alert to existential quandaries, this third outing . . . could be the most versatile, as well as one of the most successful, volumes this year.” —Publishers Weekly

Winner of the Pulitzer Prize, 3 Sections is assured and expert, Seshadri’s line as canny as ever. In an array of poetic forms from the rhyming lyric to the philosophical meditation to the prose essay, 3 Sections confronts perplexing divisions of contemporary life-a wayward history, an indeterminate future, and a present condition of wanting to out-think time.

“Grave and witty, classical and contemporary, The Long Meadow is a casually brilliant collection of poems.” —Campbell McGrath

Thematically, The Long Meadow asks big questions and addresses big issues—time and consciousness, suffering and devotion—but for all their deep seriousness of purpose, Seshadri’s poems refuse to take themselves too seriously, disguising an existential disquisition on death as a Rocky and Bullwinkle episode, considering human suffering through the lens of “Superman Agonistes,” grounding a parable of divine injustice with the freedom of a dog unleashed in the Long Meadow of Brooklyn’s Prospect Park.

Remember that family who lived in a boat
run aground and capsized
by the creamy dunes where the plovers nest?
Sea, sun, storm, and firmament
kept their minds occupied.
David Copperfield came and went,
and their sympathy for him was such
that they pitied him almost as much
as he pitied himself. But their story
is not like the easy one
where you return to me and
lift my scarred eyes to the sun
and stroke my withered hand
and marry me, distorted as I am.
He was destined to dismantle their lives,
David Copperfield, with his
treacherous friend and insipid wives,
his well-thought-out position
on the Corn Laws and the constitution.
They were stillness and
he was all motion.
They lived in a boat upside down on the strand,
but he was of the kind who couldn’t understand
that land was not just land
or ocean ocean.

They were in the scullery talking.
The meadow had to be sold to pay their riotous expenses;
then the woods by the river,
with its tangled banks and snags elbowing out of the water,
had to go; and then the summer house where they talked—
all that was left of an estate once so big
a man riding fast on a fast horse
couldn’t cross it in a day. Genevieve. Hortense. Mémé.
The family’s last born, whose pale name is inscribed on the rolls
of the Field of the Cloth of Gold. As in the fresco of the Virgin,
where the copper in the pigment oxidizes to trace a thin green cicatrix
along a seam of Her red tunic,
a suspicion of one another furrowed their
consanguine, averted faces.
Why go anywhere at all when it rains like this,
when the trees are sloppy and hooded
and the foot sinks to the ankle in the muddy lane?
I didn’t stay for the end of the conversation.
I was wanted in Paris. Paris, astounded by my splendor
and charmed by my excitable manner,
waited to open its arms to me.

• Advice, Fables, and Poetry from Vijay Seshadri — Fearless and Loathing

• Interview with Vijary Seshadri on Winning the Pulitzer Prize — NPR

• Review of 3 Sections — The American Reader

• Interview with Vijay Seshadri — The Believer

• Vijay Seshadri on “The Descent of Man” — Poetry Society of America

• Profile on Vijay Seshadri — The Times of India

• “The Estuary” read by Vijay Seshadri – The New Yorker