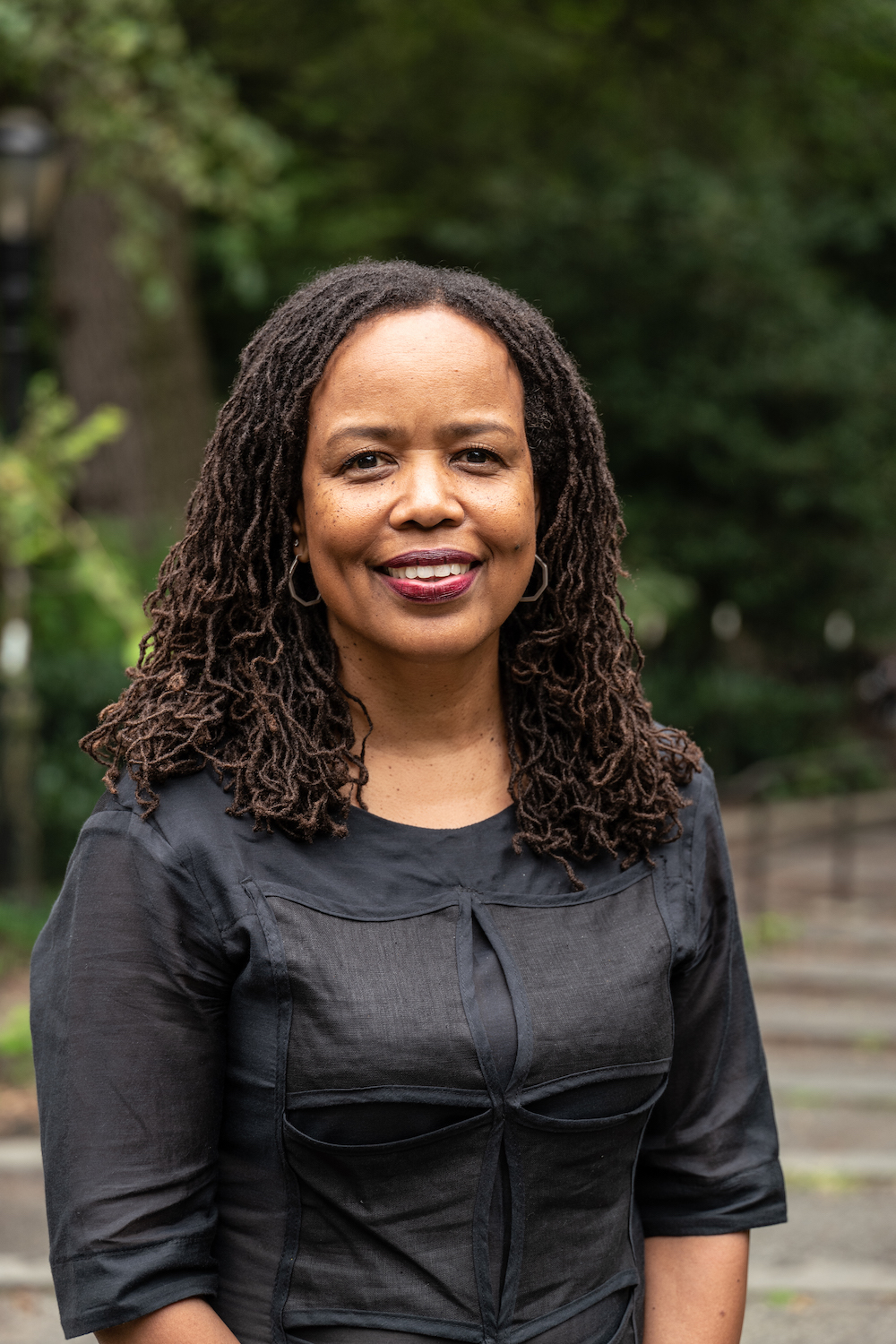 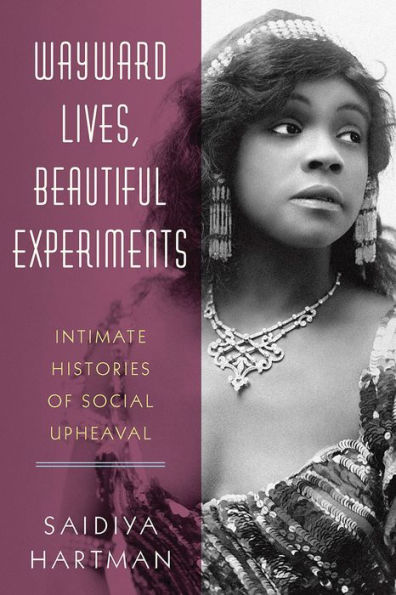 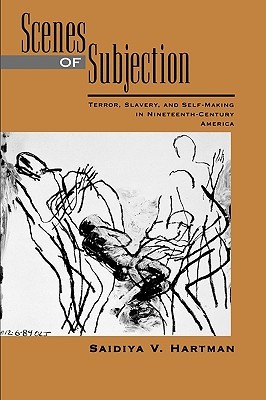 “Hartman’s rigor and restraint give her writing its distinctive electricity and tension….This kind of beautiful, immersive narration exists for its own sake but it also counteracts the most common depictions of black urban life from this time.” –The New York Times

Saidiya Hartman is a scholar of African American literature and cultural history whose works explore the afterlife of slavery in modern American society and bear witness to lives, traumas, and fleeting moments of beauty that historical archives have omitted or obscured. She weaves findings from her meticulous historical research into narratives that retrieve from oblivion stories of nameless and sparsely documented historical actors, such as female captives on slave ships and the inhabitants of slums at the turn of the twentieth century.

Her first book, Scenes of Subjection: Terror, Slavery, and Self-Making in Nineteenth-Century America (1997), traces continuities between pre- and post-emancipation eras in the United States by demonstrating how even advocacy-oriented abolitionist rhetoric reproduced the violence and domination of the state of enslavement. She extends her analysis to the present day by challenging contemporary scholars to be wary of recirculating scenes of the violated black body. Her second book, Lose Your Mother: A Journey Along the Atlantic Slave Route (2007), combines elements of historiography and memoir in a meditation on her travels to Ghana in search of a deeper understanding of the experience of enslavement. With this work, Hartman defies the conventions of academic scholarship and employs a speculative method of writing history, which she terms “critical fabulation,” to interrogate the authority of historical archives as the singular source of credible information about the past. She revisits the primal scenes of the African diaspora—its coastal fortresses, dungeons, and hinterlands—and reimagines from multiple perspectives the case of an African girl who was murdered by a ship captain and singled out in a speech by the British abolitionist William Wilberforce in 1792. As a whole, the book dramatizes the challenge of rendering in narrative form such irreparable conditions of loss and dispossession and illuminates the ongoing consequences of these conditions in the present day.

Hartman’s most recent book, Wayward Lives, Beautiful Experiments (2019), is similarly inventive in its mode of presentation and immerses readers in the interior lives of young black women who fled the South and moved to Northern cities in the early twentieth century. While drawing from sociological surveys, tenement photographs, reformatory case files, and other sources, she critiques the pathologizing portrayals these official documents present and recovers stories of resistance enacted by famous women (such as Ida B. Wells) and numerous anonymous others who looked outside the bounds of the law to find kinship, intimacy, and freedom. By addressing gaps and omissions in accounts of trans-Atlantic slavery and its aftermath, Hartman has influenced an entire generation of scholars and afforded readers a proximity to the past that would otherwise be foreclosed

Saidiya Hartman received a BA (1984) from Wesleyan University and a PhD (1992) from Yale University. She was a professor in the Department of English and African American Studies at the University of California, Berkeley (1992–2006), prior to joining the faculty of Columbia University, where she is currently a professor in the Department of English and Comparative Literature. She is the former director of the Institute for Research on Gender and Sexuality at Columbia University and was a Whitney Oates Fellow at Princeton University (2002), a Cullman Fellow at the New York Public Library (2016–2017), and a Critical Inquiry Visiting Professor at the University of Chicago (2018). In addition to her books, she has published articles in journals such as South Atlantic Quarterly, Brick, Small Axe, Callaloo, The New Yorker and The Paris Review.

She is based in New York City.

Saidiya Hartman is the author of Wayward Lives, Beautiful Experiments, Lose Your Mother: A Journey Along the Atlantic Slave Route, and Scenes of Subjection. A MacArthur “Genius” Fellow, she has been a Guggenheim Fellow, Cullman Fellow, and Fulbright Scholar. She has published articles in journals such as South Atlantic Quarterly, Brick, Small Axe, Callaloo, The New Yorker and The Paris Review. She is a professor at Columbia University and lives in New York.

“A startling, dazzling act of resurrection…Hartman has granted these forgotten, ‘wayward’ women a new life…[She] challenges us to see, finally, who they really were: beautiful, complex, and multidimensional―whole people―who dared to live by their own rules, somehow making a way out of no way at all.” ―Michelle Alexander, author of The New Jim Crow

In Wayward Lives, Beautiful Experiments, Saidiya Hartman examines the revolution of black intimate life that unfolded in Philadelphia and New York at the beginning of the twentieth century. Free love, common-law and transient marriages, serial partners, cohabitation outside of wedlock, queer relations, and single motherhood were among the sweeping changes that altered the character of everyday life and challenged traditional Victorian beliefs about courtship, love, and marriage. Hartman narrates the story of this radical social transformation against the grain of the prevailing century-old argument about the crisis of the black family. In wrestling with the question of what a free life is, many young black women created forms of intimacy and kinship that were indifferent to the dictates of respectability and outside the bounds of law. They cleaved to and cast off lovers, exchanged sex to subsist, and revised the meaning of marriage. Longing and desire fueled their experiments in how to live. They refused to labor like slaves or to accept degrading conditions of work. Beautifully written and deeply researched, Wayward Lives recreates the experience of young urban black women who desired an existence qualitatively different than the one that had been scripted for them―domestic service, second-class citizenship, and respectable poverty―and whose intimate revolution was apprehended as crime and pathology. For the first time, young black women are credited with shaping a cultural movement that transformed the urban landscape. Through a melding of history and literary imagination, Wayward Lives recovers their radical aspirations and insurgent desires. 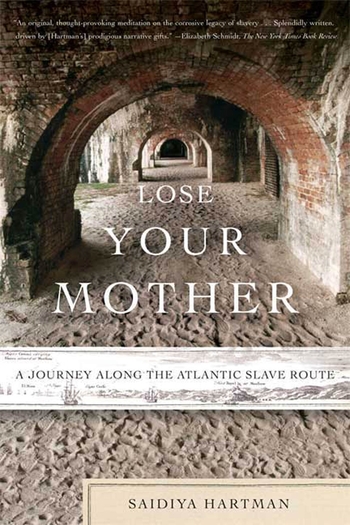 Lose Your Mother: A Journey Along the Atlantic Slave Route

“This is a memoir about loss, alienation, and estrangement, but also, ultimately, about the power of art to remember. Lose Your Mother is a magnificent achievement.” ―Henry Louis Gates Jr.

In Lose Your Mother, Saidiya Hartman traces the history of the Atlantic slave trade by recounting a journey she took along a slave route in Ghana. Following the trail of captives from the hinterland to the Atlantic coast, she reckons with the blank slate of her own genealogy and vividly dramatizes the effects of slavery on three centuries of African and African American history. The slave, Hartman observes, is a stranger―torn from family, home, and country. To lose your mother is to be severed from your kin, to forget your past, and to inhabit the world as an outsider. There are no known survivors of Hartman’s lineage, no relatives in Ghana whom she came hoping to find. She is a stranger in search of strangers, and this fact leads her into intimate engagements with the people she encounters along the way and with figures from the past whose lives were shattered and transformed by the slave trade. Written in prose that is fresh, insightful, and deeply affecting, Lose Your Mother is a “landmark text” (Robin D. G. Kelley, author of Freedom Dreams). 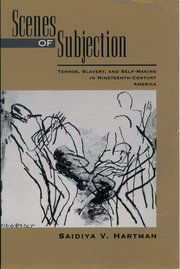 SCENES OF SUBJECTION: TERROR, SLAVERY, AND SELF-MAKING IN NINETEENTH-CENTURY AMERICA

“Audacious….Original and provocative….What Hartman has to say about both slavery and its continuing resonances should be heard as widely as possible….A major scholarly contribution to the project of expanding and refining the nation’s political memory.” ―The Nation

In this provocative and original exploration of racial subjugation during slavery and its aftermath, Saidiya Hartman illumines the forms of terror and resistance that shaped black identity. Scenes of Subjection examines the forms of domination that usually go undetected; in particular, the encroachments of power that take place through notions of humanity, enjoyment, protection, rights, and consent. By looking at slave narratives, plantation diaries, popular theater, slave performance, freedmen’s primers, and legal cases, Hartman investigates a wide variety of “scenes” ranging from the auction block and minstrel show to the staging of the self-possessed and rights-bearing individual of freedom. While attentive to the performance of power–the terrible spectacles of slaveholders’ dominion and the innocent amusements designed to abase and pacify the enslaved–and the entanglements of pleasure and terror in these displays of mastery, Hartman also examines the possibilities for resistance, redress and transformation embodied in black performance and everyday practice. This important study contends that despite the legal abolition of slavery, emergent notions of individual will and responsibility revealed the tragic continuities between slavery and freedom. Bold and persuasively argued, Scenes of Subjection will engage readers in a broad range of historical, literary, and cultural studies.

• Interview with Saidiya Hartman: Regard for One Another – LA Review of Books

• Read “The Terrible Beauty of the Slum” by Saidiya Hartman – Brick