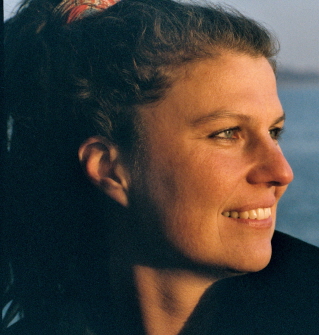 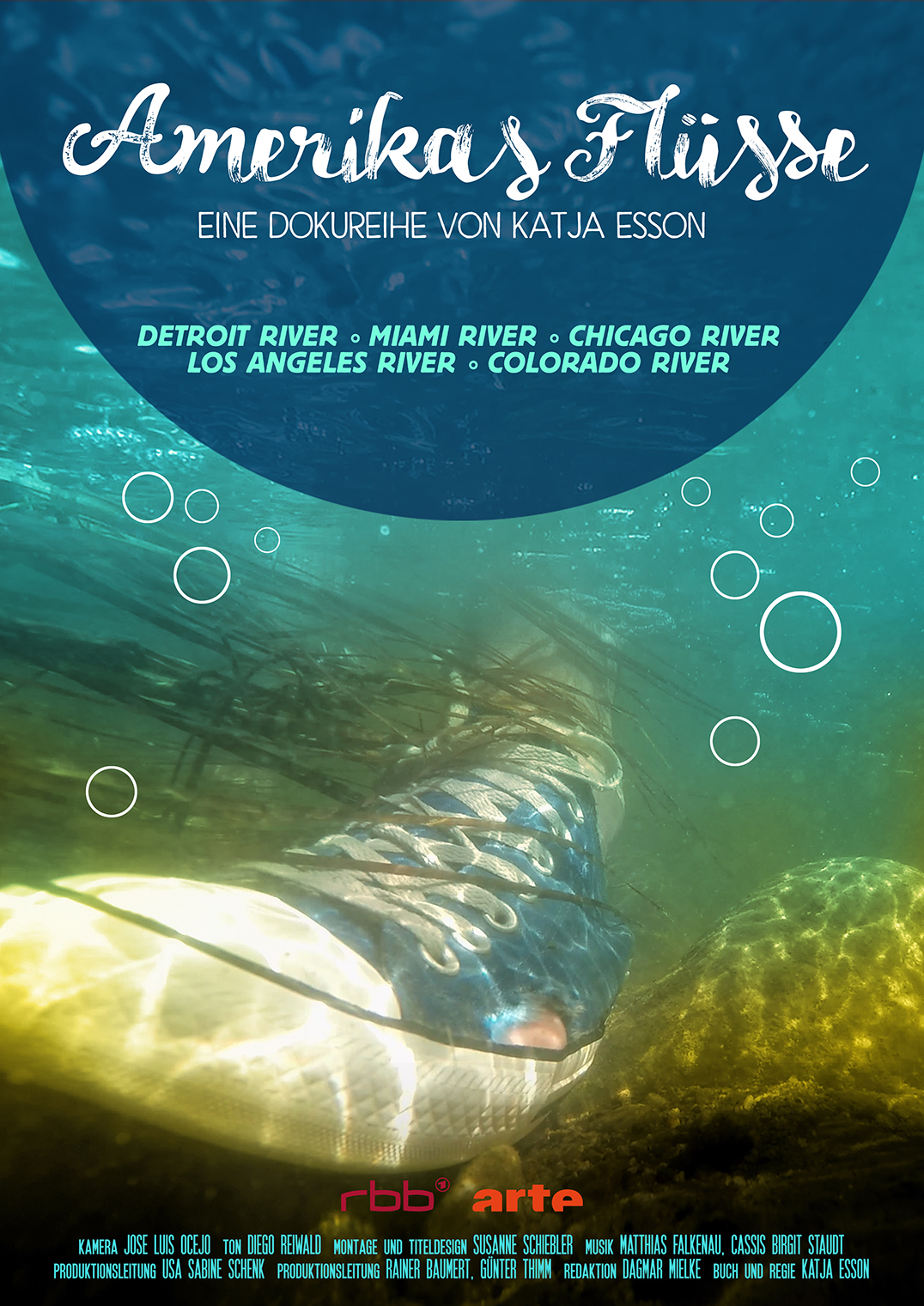 “Katja Esson’s creative energy and passion inspires everyone who meets her.” —Hall Center for the Humanities

“Making documentaries satisfies my deepest hunger for discovering who we are and what makes us human.” —Katja Esson

Katja Esson is an independent filmmaker based in New York City who mixes documentary and narrative genres. Esson began her career in Miami as a production assistant for the notorious rap group 2 Live Crew. Since her days of wrangling booty-shaking babes, Esson has directed a variety of award-winning documentaries, short films, and commercials. Born and raised in Germany, Esson brings a quirky European sensibility to the distinctively American subjects she chooses.

Esson is currently in production with Cantineros De Cuba, a film that reflects on the story of Cuba, a country undergoing its greatest transformation since 1959. Her documentary short Ferry Tales, which turns the unlikely setting of the Staten Island Ferry Powder Room into a celebration of sisterhood, received an Academy Award-nomination in 2004 for Best Documentary Short and aired on HBO. Ferry Tales exposes a secret world that exists in the powder room of the Staten Island Ferry—a place that brings together suburban moms and urban dwellers, white-collar and blue-collar, sisters and socialites. For 30 minutes every day, they gather around mirrors to put on their makeup, talking not as wives, mothers, or professionals, but just as themselves. Sassy and honest, they dish on everything from sex scandals to stilettos, family problems to September 11, leaving stereotypes at the door and surprising viewers with their straight-shooting wisdom. In an interview with the International Documentary Association, Esson explained: “Having maintained the eye of an outsider, I have a different perspective on many things. When Ferry Tales was all over the media, some reporters asked, ‘Why did it take a German director to discover something that was under our noses?’ The answer is that distance and strangeness bring their own kind of focus.”

In 2011, Esson released the 40-minute version of Poetry of Resilience, which had its world premiere at the Oscar-qualifying festival DocuWeeks in LA. Poetry of Resilience is a documentary about six international poets who individually survived Hiroshima, the Holocaust, China’s Cultural Revolution, the Kurdish Genocide in Iraq, the Rwandan Genocide, and the Iranian Revolution. These six artists, including Li-Young Lee, present us with a close-up perspective of the “wide shot” of political violence. Each story is powerful, though the film’s strength comes from its collective voice: different political conflicts, cultures, genders, ages, races—one shared human narrative. Poet Carolyn Forche is featured in the 55-minute version, and gives voice to the role of poet as witness. For Poetry of Resilience, Esson received the Simons Fellowship for the Humanities at Kansas University in 2007. The film was also nominated for the Cinema for Peace Award at the Berlin Film Festival in 2012.

Also released in 2011 was Skydancer, a film about the Mohawk tradition of ironworking, for which Esson received a 2008 Jerome Foundation Grant. From the Empire State Building and the George Washington Bridge to the World Trade Center, six generations of Mohawk ironworkers have raised New York City’s skyline, built the highways over the boroughs, and crossed the rivers by weaving carpets of steel. They are called “sky walkers” because they walk fearlessly atop steel beams just a foot wide, high above the city streets. The film premiered at the Margaret Meade Film Festival.

Hole in the Sky: The Scars of 9/11 premiered at Sunny Side of the Doc and received the 2006 Gold Award at the World Media Festival. Latching On (2010) is an entertaining and insightful documentary on the analysis of the politics of breastfeeding, illuminating the complexities behind a simple, natural act. The film draws on lively first-hand accounts from mothers of diverse ethnicities and economic backgrounds, as well as candid observations by pediatricians, healthcare providers, lactation specialists, and the proprietor of New York’s first breastfeeding boutique. Including data about paid maternity leave, hospital post-delivery policies, and workplace accommodations for nursing mothers, the film compares current US practices with standards adopted elsewhere. Tensions around public breastfeeding and “breast is best” promotion campaigns highlight society’s perceived interest in regulating women’s reproductive behavior, as well as the power of culture to assign sexual and moral meaning to mothers’ bodies.

A Season of Madness, her narrative short film, is based on the short story by best-selling Lebanese author Hanan al-Shaykh and played extensively at international film festivals. Adam – Retortenbaby Als Lebensretter (2003) examines the thorny issues raised by pre-implantation genetic diagnosis by focusing on a child “designed” to be a perfect donor for his sister. The film, commissioned by ARTE and Germany’s ARD, stirred up significant debate in the German medical community. Also commissioned for ARTE: Siegfried & Roy: A Fairytale for Grownups (2004), Vermisst- Geiseldrama in der Sahara (2005), New York Harbor (2005), and Hooker, Harlot, Whore (2010), about the history of prostitution in Europe. Other credits include the documentaries Vertical Traveler (2001), which explores the pioneering spirit of New York City through the metaphoric story of the city’s unique relationship with elevators. The film was broadcast on PBS and on Europe’s ARTE Channel. Searching for Sense (2002), an artist’s reflection on 9/11, also aired on PBS. In 2009, Esson directed an episode for the Emmy-award winning mini-series We Are New York.

In 2004 Esson founded her own production company, Penelope Pictures. She works regularly for German television; in 1997, she received a fellowship for her screenplay El Aleman at Berlin’s Master School. Esson has also received grants from the NEA, NYSCA and the Simons Public Humanities Fellowship.

A dynamic and passionate speaker, Katja Esson is available for screenings, lectures, and seminars. Note: some of the Ferry Women may also be available to attend screenings and panel discussions.

Katja Esson is a German filmmaker who lives in Brooklyn. She received an Academy Award nomination for her documentary Ferry Tales which turns the unlikely setting of the Staten Island Ferry women’s bathroom into a celebration of sisterhood. Esson’s other award-winning films include Poetry of Resilience, tracing the paths of five poets who survived some of the great atrocities of the 20th century; Skydancer, about Mohawk Indian ironworkers building New York City skyscrapers; and Hole in the Sky, a portrait of New York five years after 9/11.  She is currently in production with Cantineros De Cuba, a film that reflects on the story of Cuba, a country undergoing its greatest transformation since 1959. Esson has received grants from the NEA, NYSCA and the Simons Public Humanities Fellowship.

Poetry of Resilience traces the paths of five poets who survived some of the great atrocities of the 20th century to the heart of the mystery of human endurance by asking: What is the resilience of the spirit? How does poetry, as a deeply felt yet ineffable expression of our common humanity, help transform lives? And what lessons are there for the rest of us to learn from their remarkable stories? Skydancer is a feature-length documentary that takes a provocative look at Indian life in the 21st Century: from the breath-taking steel structures of New York City to the pristine beauty of the nature on the reservation, working its way deep into the fabric of America. With humor and sensitivity the film will shatter the clichéd image of the oppressed and victimized Indian too often portrayed in the media. 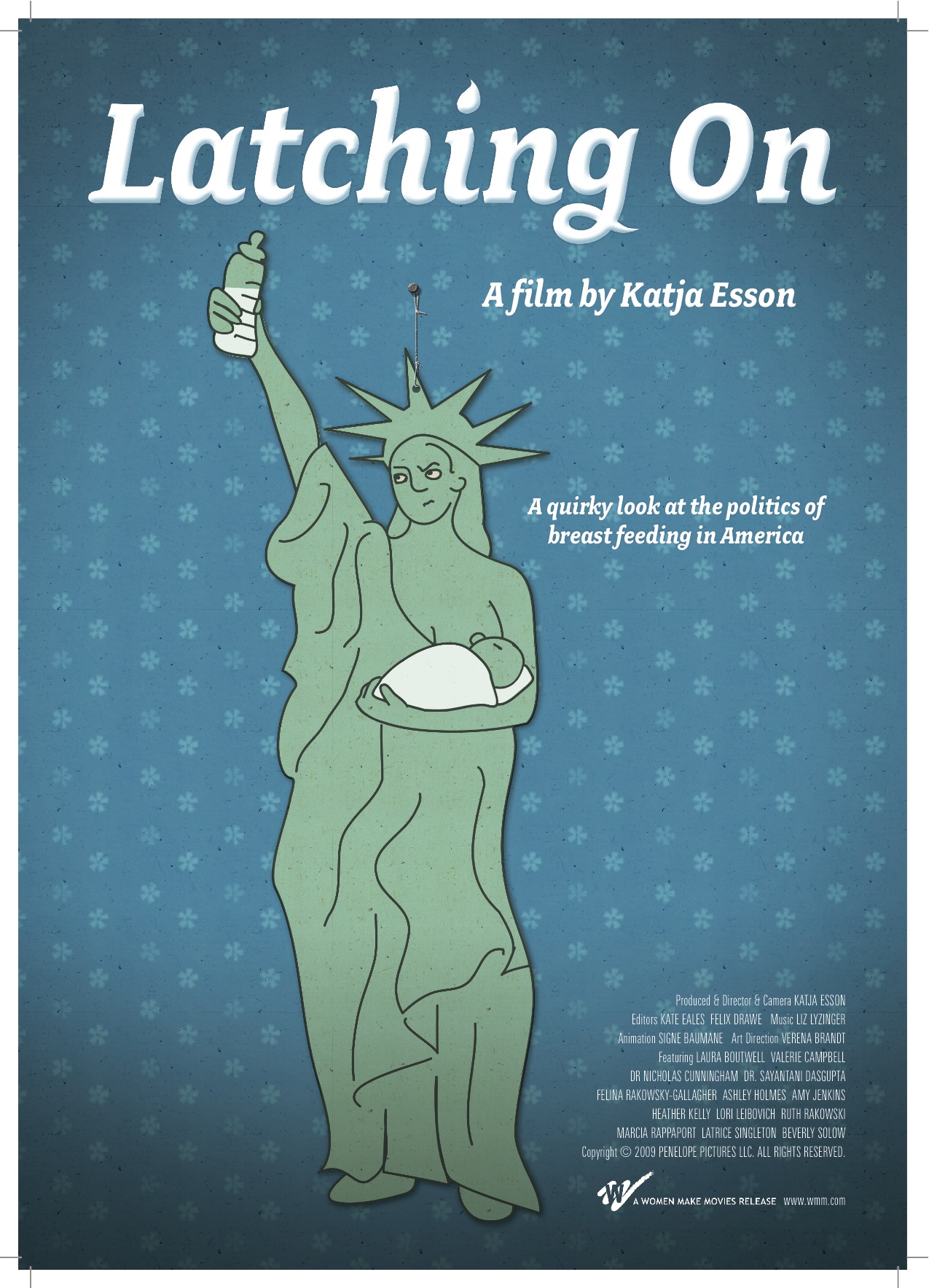 A quirky look at the politics of breastfeeding in America. This wide-ranging, frequently funny documentary highlights the intersecting economic, social, and cultural forces that have helped replace mother’s milk with formula produced by a billion dollar industry, and reveals the challenges and rewards for women who buck the trend. Ferry Tales turns the unlikely setting of the Staten Island Ferry powder room into a celebration of sisterhood.

In production. A film that reflects on the story of Cuba, a country undergoing its greatest transformation since 1959.

This is a film about New York’s remarkable recovery and a lingering trauma. In the fifth year after the attacks of September 11th, New York was experiencing a boom that seemed unstoppable. But behind the images of glamour and wealth, behind the prestigious new buildings by world famous architects, the luxurious restaurants, the permanent influx of the rich and famous and the bustling cultural life, this film shows how the city copes with the memory of 9/11.

A Season of Madness

Based on the short story by Hanan Al Shaykh, A Season of Madness is a fairy tale gone wrong about Fatin, a young woman, who desperately attempts to escape the golden cage of her arranged marriage by feigning insanity—but her plan backfires.

• Interview about Poetry of Resilience — Documentary 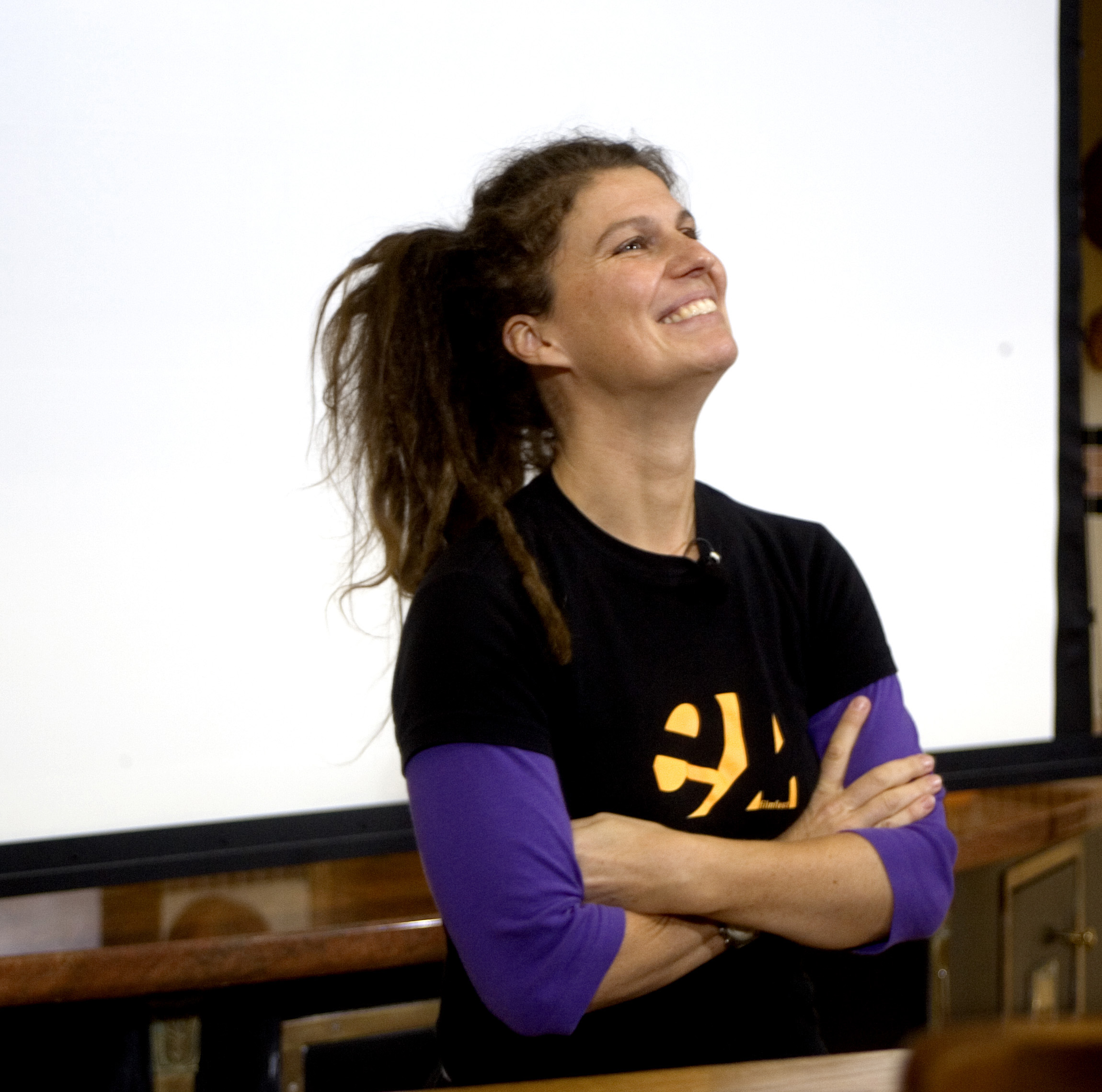