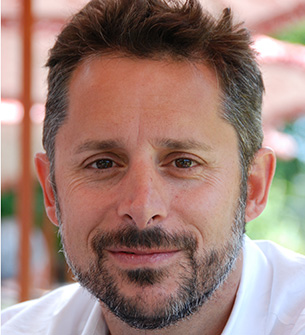 “Mueenuddin’s language stands out in how it bridges the efficient with the lyrical.” —Beyond the Margins

Daniyal Mueenuddin was brought up in Lahore, Pakistan, and Elroy, Wisconsin. For his book In Other Rooms, Other Wonders, he was the 2010 winner of The Story Prize, an annual book award for short story collections—as well as a finalist for the Pulitzer Prize, National Book Award, and the LA Times Book Prize. His National Book Award Citation read “One of the best new story writers in America lives on a farm in Pakistan. A large cast of characters passes through his pages, giving us a wonderful sense of the strata of contemporary Pakistan, and, miraculously, a sharp sense of our own lives.” The Daily Beast wrote, “In Other Rooms, Other Wonders reveals a modern Pakistan that is as beautiful as it is brutal…[Mueenuddin’s] work evokes 19th-century Russian masters like Turgenev and Gogol, along with the Southern Gothic tradition of Faulkner and Truman Capote…Mueenuddin is a prodigiously talented writer, capable of imagining the inner lives of Punjabi aristocrats and their servants with equal sympathy, precision, and power.” Mueenuddin’s next book, I. Want. You. To., is forthcoming.

A graduate of Dartmouth College and Yale Law School, Mueenuddin’s stories have appeared in The New Yorker, Granta, Zoetrope, The Best American Short Stories 2008, selected by Salman Rushdie, and the PEN/O.Henry Prize Stories 2010. For a number of years he practiced law in New York, and now lives on a farm in Pakistan’s southern Punjab.

Daniyal Mueenuddin’s forthcoming second book is I. Want. You. To. His first book, In Other Rooms, was a finalist for the Pulitzer Prize, National Book Award, the LA Times Book Prize, and was the winner of the 2010 Story Prize. His stories have appeared in The New Yorker, Granta, Zoetrope, The Best American Short Stories 2008, selected by Salman Rushdie, and the PEN/O.Henry Prize Stories 2010.

In Other Rooms, Other Wonders

“Intimate portraits that raise some of the biggest questions in Pakistan today. . . . In Other Rooms, Other Wonders offers a richly observed landscape that is written with the tenderness and familiarity of an old friend.” —New York Times

Passing from the mannered drawing rooms of Pakistan’s cities to the harsh mud villages beyond, Daniyal Mueenuddin’s linked stories describe the interwoven lives of an aging feudal landowner; his servants and managers; and his extended family, industrialists who have lost touch with the land. Refined, sensuous, by turns humorous, elegiac, and tragic, Mueenuddin evokes the complexities of the Pakistani feudal order as it is undermined and transformed.

• ‘‘In Other Rooms, Other Wonders’ Review – Wall Street Journal

• Review of In Other Rooms, Other Wonders — Bookslut

• Essay: “Sameer and the Samosas” — The New Yorker

He flourished on a signature capability, a technique for cheating the electric company by slowing down the revolutions of electric meters, so cunningly done that his customers could specify to the hundred-rupee note the desired monthly savings. In this Pakistani desert, behind Multan, where the tube wells ran day and night, Nawab’s discovery eclipsed the philosopher’s stone. Some thought he used magnets, others said heavy oil or porcelain chips or a substance he found in beehives. Skeptics reported that he had a deal with the meter men. In any case, this trick guaranteed his employment, both off and on the farm of his patron, K. K. Harouni.

—from In Other Rooms, Other Wonders