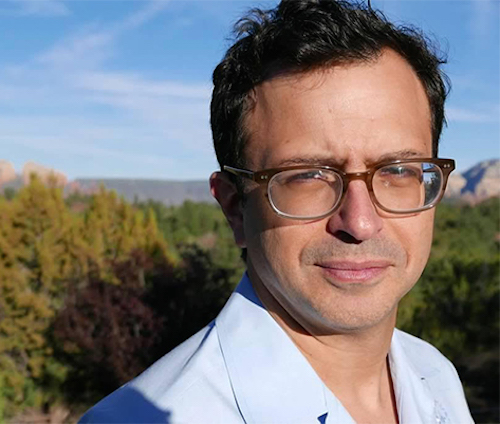 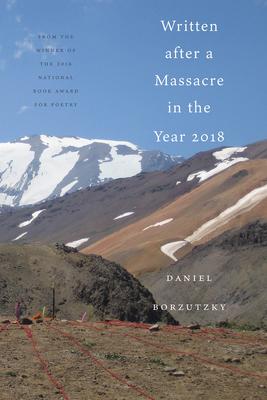 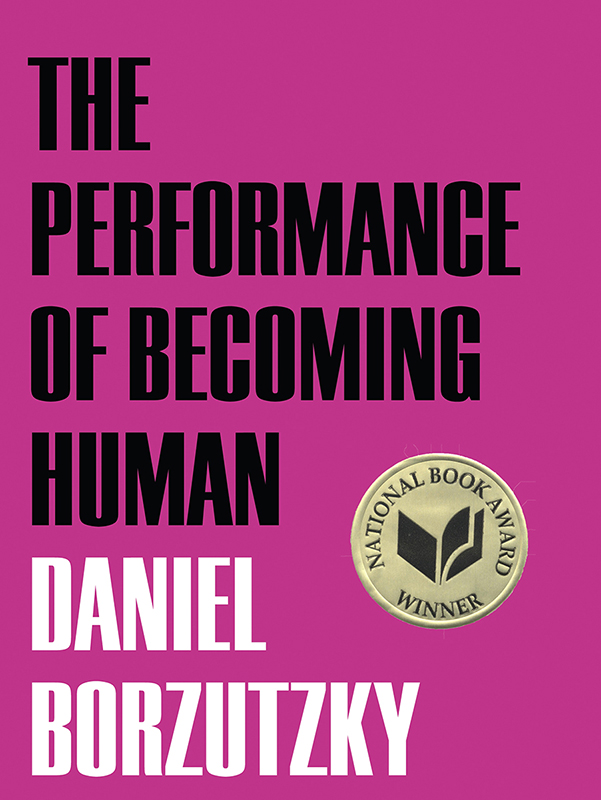 The first-generation son of Chilean immigrants, writer and translator Daniel Borzutzky grew up in Pittsburgh, Pennsylvania. He is the winner of the 2016 National Book Award for Poetry for his collection The Performance of Becoming Human which confronts head-on many of difficult questions currently facing our society today. His other books of poetry are Written After a Massacre in the Year 2018 (2021); Lake Michigan (2018), which was a 2019 Griffin International Poetry Prize finalist; In the Murmurs of the Rotten Carcass Economy (2015); The Book of Interfering Bodies (2011); The Ecstasy of Capitulation (2007); and the chapbook Failure in the Imagination (2007). He has also published one collection of fiction, Arbitrary Tales. Borzutzky’s books of translation include Song for his Disappeared Love by Raul Zurita and Port Trakl by Jaime Luis Huenun, among others.

In The Performance of Becoming Human, he draws hemispheric connections between the US and Latin America, specifically border and immigration politics, economic disparity, political violence, and the disturbing rhetoric of capitalism and bureaucracies. For Borzutsky, to become human is to navigate these borders, including those of institutions, the realities of over- and under-development, and the economies of privatization, in which humans endure state-sanctioned and systemic abuses. Poet Urayoán Noel writes: “To read this book that is a country deposited not in your heart but in your mouth” is to confront becoming human as speech act, as language game, and to know the freedom and the terror of doing so. The painbeauty of Borzutzky’s virtuoso, multi-register flow (abject punchlines included) is also a counter-flow to the death drive of capital, sentences for a radical sentience.” Lake Michigan’s poems continue exploring the themes from Borzutzky’s Performance of Becoming Human, and while the influences in this book (Césaire, Vallejo, Neruda) are international, the focus is local as the book takes a hard look at neoliberal urbanism in the historic city of Chicago. Poet Craid Santos Perez reflects how throughout Lake Michigan, “we are compelled to radically critique our political realities and to inscribe our vulnerable bodies into public song.”

Borzutzky’s writing has been translated into Spanish, French, Bulgarian, and Turkish and has been anthologized in numerous publications. His honors include grants from the PEN American Center and the National Endowment for the Arts.

He lives in Chicago and teaches at English Department and Latin American and Latino Studies Program at the University of Illinois at Chicago.

Winner of the 2016 National Book Award for Poetry for his collection The Performance of Becoming Human, Daniel Borzutzky is a Chilean-American writer and translator living in Chicago. His other poetry books are Written After a Massacre in the Year 2018, Lake Michigan, In the Murmurs of the Rotten Carcass Economy, The Book of Interfering Bodies, The Ecstasy of Capitulation, and the chapbook Failure in the Imagination. He has published one collection of fiction, Arbitrary Tales. His books of translation include Song for his Disappeared Love by Raul Zurita and Port Trakl by Jaime Luis Huenun.

Written After the Massacre in the Year 2018

In Written after a Massacre, Daniel Borzutzky rages against the military industrial complex that profits from violence, against the unfair policing of certain kinds of bodies, against xenophobia passing for immigration policy. He grieves for the children in cages and the martyrs of the Tree of Life synagogue shooting in Pittsburg. But pulsing amid Borzutzky’s outrage over our era’s tragedies is a longing for something better: for generosity to triumph over stinginess and for peace to transform injustice. 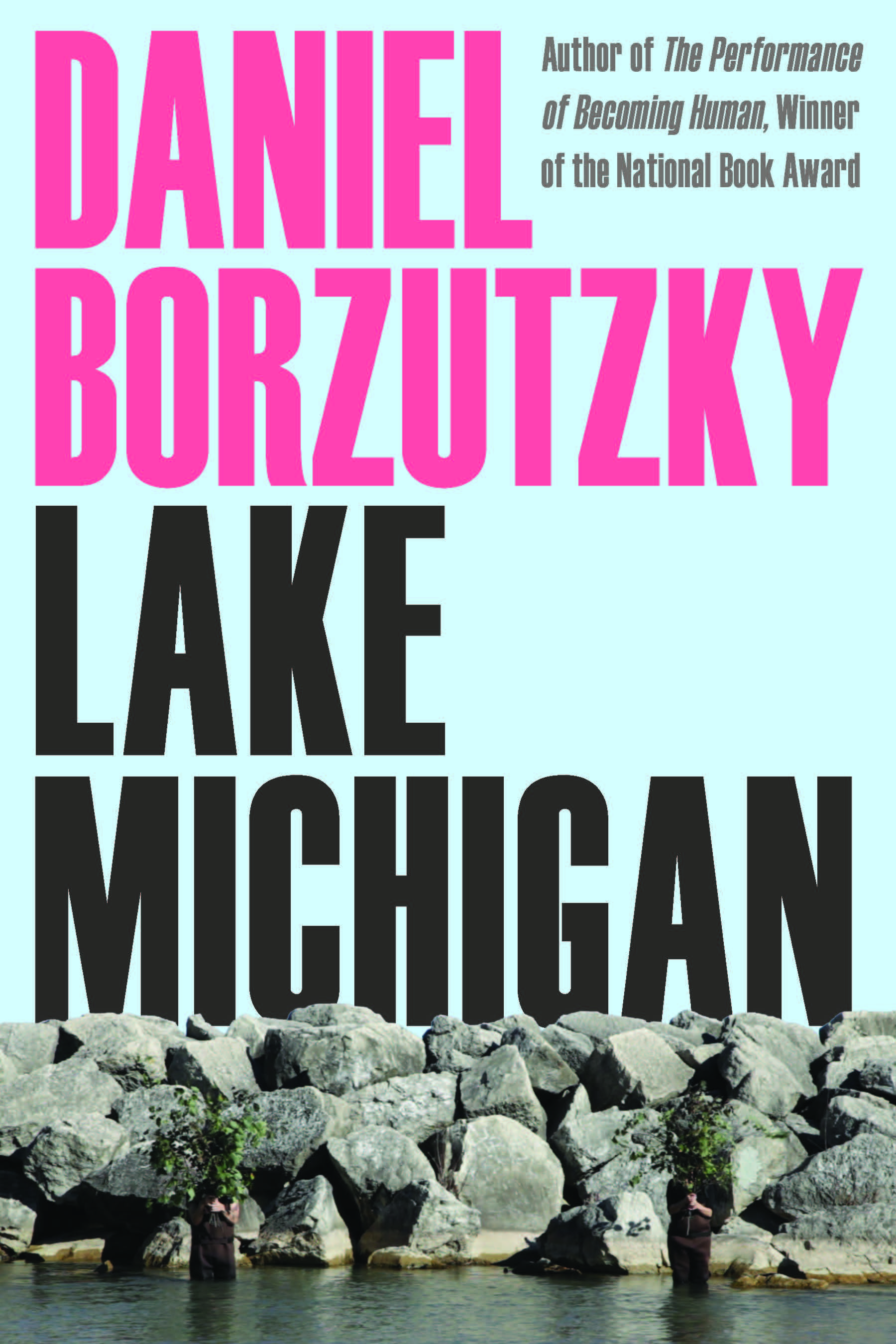 “I am vehemently protective of my native city—its rollicking history and gritty glories are legion. But it is also sweltering, blade-edged and murderous, with brown people squarely in its gunsights. Borzutzky’s surreal and terrifying lakeside dreamscape—sparked by the real-world specter of the city’s infamous ‘blacksite’ interrogation warehouse—is deftly crafted and chilling in its proximity to the real.”—Patricia Smith

Lake Michigan, a series of 19 lyric poems, imagines a prison camp located on the beaches of a Chicago that is privatized, racially segregated, and overrun by a brutal police force. Thinking about the ways in which economic policy, racism, and militarized policing combine to shape the city, Lake Michigan’s poems continue exploring the themes from Borzutzky’s Performance of Becoming Human. But while the influences in this book (Césaire, Vallejo, Neruda) are international, the focus here is local as the book takes a hard look at neoliberal urbanism in the historic city of Chicago.

The Performance of Becoming Human

“A relentlessly and unapologetically brutal vision at the center of which is the human body being violated, maimed, tortured, exploited, judged, imprisoned, surveilled, and otherwise unjustly controlled.” –The Boston Review


Winner of the 2016 National Book Award, Borzutzky’s The Performance of Becoming Human draws hemispheric connections between the US and Latin America, specifically touching upon issues relating to border and immigration policies, economic disparity, political violence, and the disturbing rhetoric of capitalism and bureaucracies. To become human is to navigate these borders, including those of institutions, the realities of over- and under-development, and the economies of privatization, in which humans endure state-sanctioned and systemic abuses. Borzutzky, whose writing Eileen Myles has described as “violent, perverse, and tender” in its portrayal of “American and global horror,” adds another chapter to a growing and important compilation of work that asks what it means to a be both a unitedstatesian and a globalized subject whose body is “shared between the earth, the state, and the bank.” 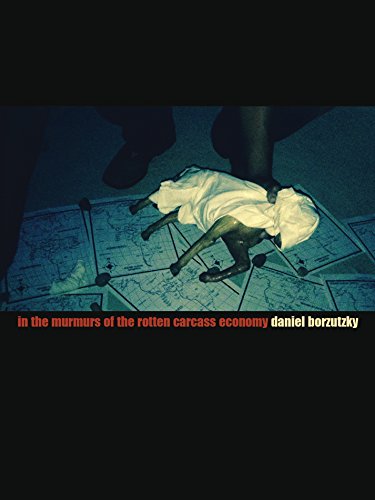 In The Murmurs of the Rotten Carcass Economy

Daniel Borzutzky, whose work Eileen Myles calls “violent, perverse, tender,” offers a bracing new book that confronts violent action, from state sponsored torture and the bombing of civilians and other “non-essential personnel” to the collapse of the global economy, the barbarism of corporate greed, data fascism, and the deaths of immigrants attempting to cross borders. His book confronts the various horrors of our contemporary landscape through a poetry that literalizes violence, that seeks to find emotional connection and personal meaning in a world that is always exploding.

The Book of Interfering Bodies

Beginning with an epigraph from the 9/11 Commission Report, The Book of Interfering Bodies re-imagines the poet as bureaucrat, barbaric writer, and terrorist. In this book, poems that invoke the role of the writer in society alternate with apocalyptic prose pieces that recall Borges’ “Library of Babel.” In the process, Borzutzky creates a 21st century response to our most enduing twentieth century writers, from Beckett to Lispector.

• The Griffin Poetry Prize Announces the 2019 International and Canadian Shortlist

• Review of Lake Michigan: Poetry for Those Brutalized by Capitalism – Pacific Standard

• Are We Latino: Memories of My Overdevelopment by Daniel Borzutsky – Entropy Magazine

• THEY KEEP KILLING HIM, EVEN THOUGH HE DOES NOTHING – Poetry Foundation

• Daniel Borzutzky discusses one of his poems – Poetry Society of America

Ain’t nothing more beautiful than a French diplomat in an
Italian suit discussing the intimate ties between
poetry and constipation with a United States
Senator in a discount blazer from the Men’s Wearhouse bought
especially for the occasion of proposing the
Anti-Chimera Act, a prime indicator that if children were
once the future, they are not the past, which is growing
hairier every moment, so as to keep us from
penetrating its insides, which we must nibble on as if
nibbling on donuts, by which I mean rubrics, glittering
rubrics in the dry heat of an empty test bank full of
raccoons with flexible snouts and long tails that
materialize in the shrubbery as thick-set stocky
fraternity brothers suicide bomb colleges full of free
thinking mavericks with tuning forks in their ears and rubber dicks
in their pockets, a veritable cure for loneliness and
its side effects, including the desire to fantasize
about mythological genitalia in the pants of
pundits who declare that to be alive is
fundamentally okay as long as poets test their
verses on guinea pigs before submitting them to us
humans as we exit the amalgamated marshland of
surplus value and enter an ordinary evening on
which ordinary people dream of lubricated condoms
for dogs, of mules who practice the pull-out method, of birth
control pills for cats, of floating trousers that haunt city squares
in search of red-walled boutiques where silk stockings and boot-cut
chinos fight for the attention of disembodied legs
while merchants masturbate, aroused by visions of painless
castration, aroused by hands without arms scribbling conjunctions
into dusty ceilings, aroused by hands without arms stirring
infinite bowls of soup, aroused by module-makers who
insist only on the metaphorical value of money
as represented in the hieroglyphics painted on the
walls of financiers who accumulate capital through the
unjustified sexual behavior of adulterous
women who appear asymmetrically—legs over heads, hands
coming out of butts—in public ceremonies in which
syringes suck out erroneous feelings from their bodies
while suits and ties stuff bones and ears into decorative
bottles and jars. 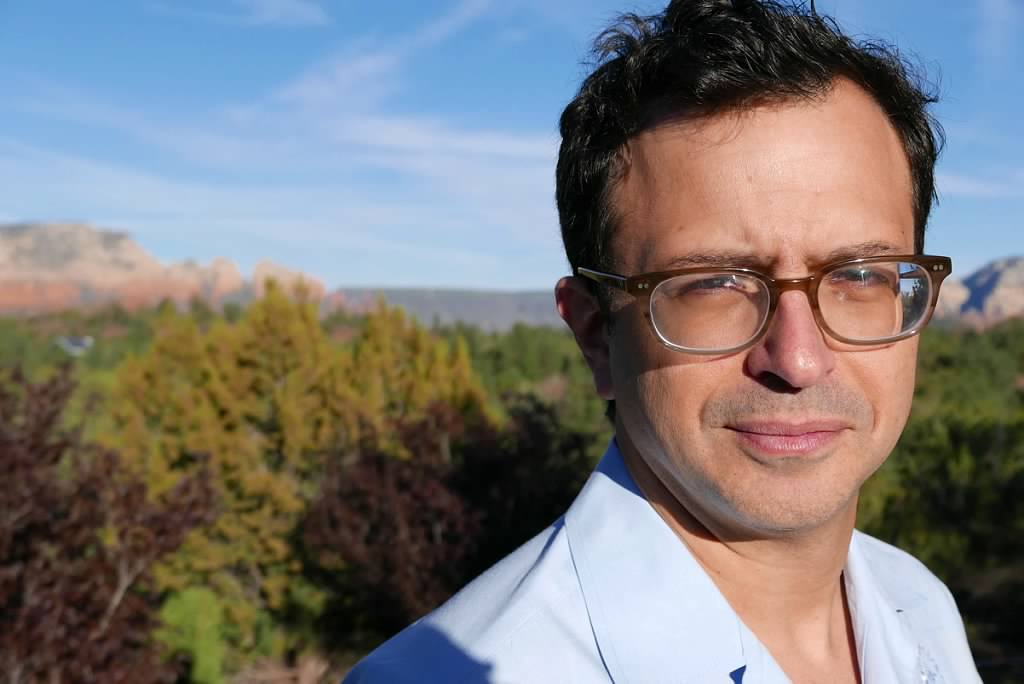 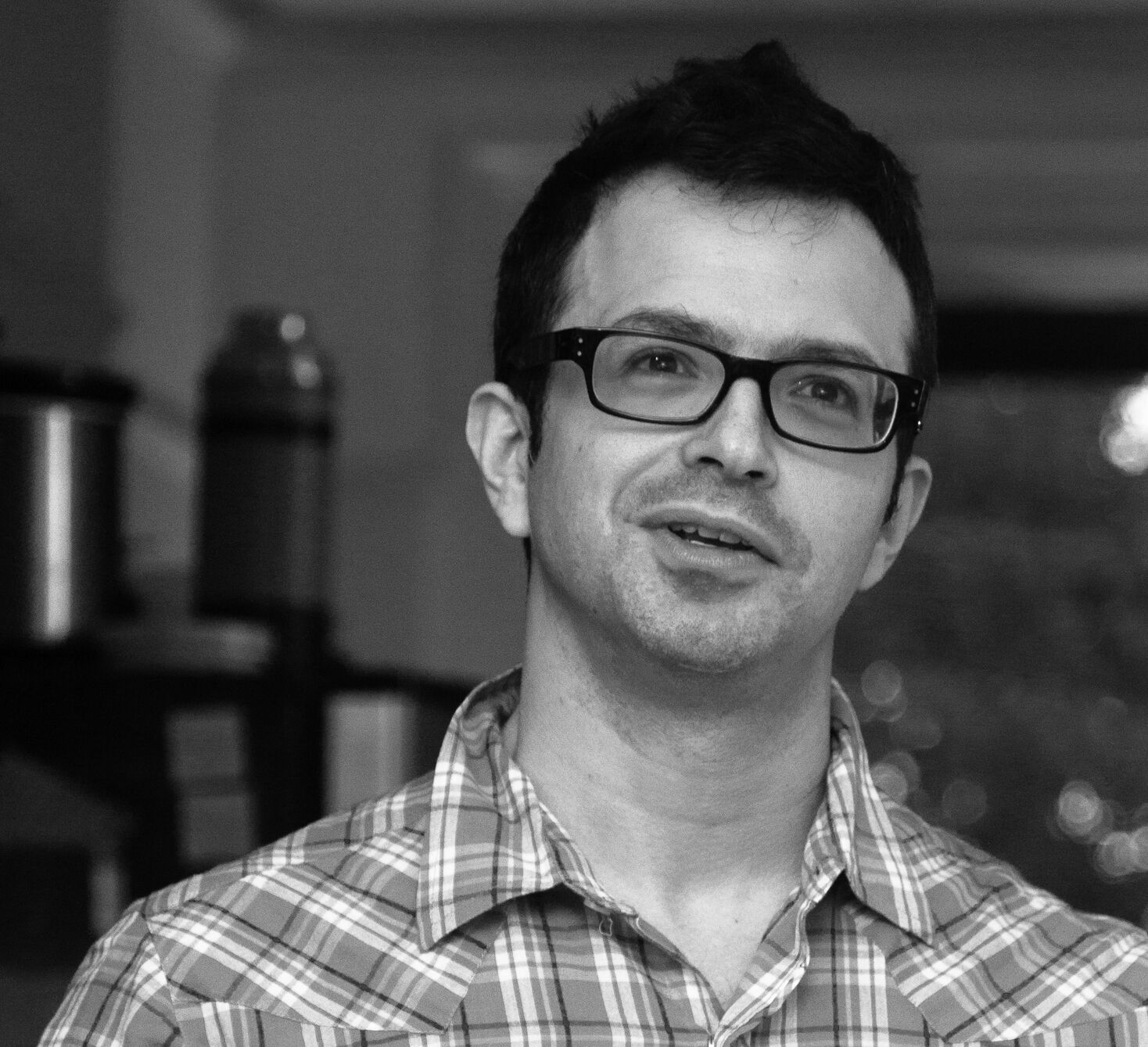